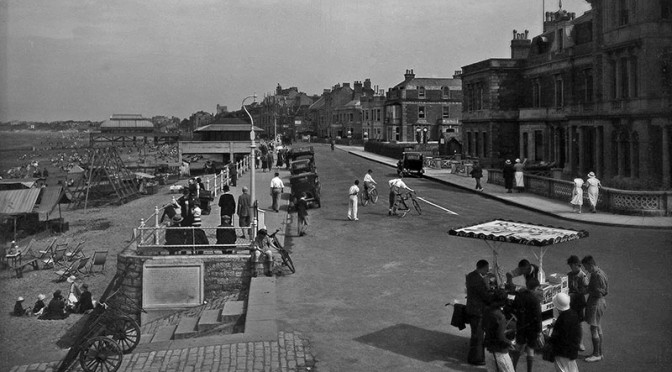 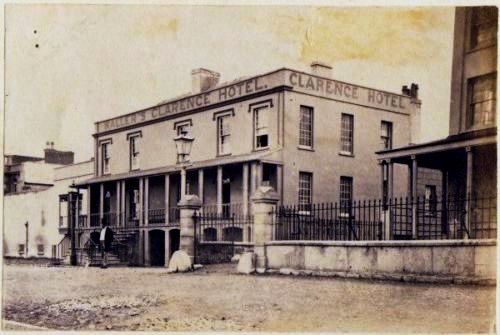 As part of his Spa development The Rev Davies  buttressed the dunes west and northward of the church yard with an inclined stone wall along the top of which was placed iron railings. The dunes had been levelled and grassed to provide an elevated walk. Davies allowed the public to promenade here and this continued until 1846 when it was closed possibly due to some abuse. Numerous indignant letters were written by people assuming it was public land. Part was later built on (Vicarage Terrace) the rest eventually became Marine Cove.

Kinver Terrace was built around 1843 for seaside holiday makers and known then as Prew’s or Pruen’s Terrace. It was the first of the sea front terraces to be built as Burnham expanded in the late 19th century. There was still at that time no Esplanade in the sense that we know it today, just the sand dunes; and it is said that when Prew’s Terrace was first built its drains went through the sea wall and straight on to the beach. The picture below shows Prew’s Terrace at centre with the building which later housed the Atlantic Cafe on the left. The sea wall and promenade is as yet almost totally undeveloped. 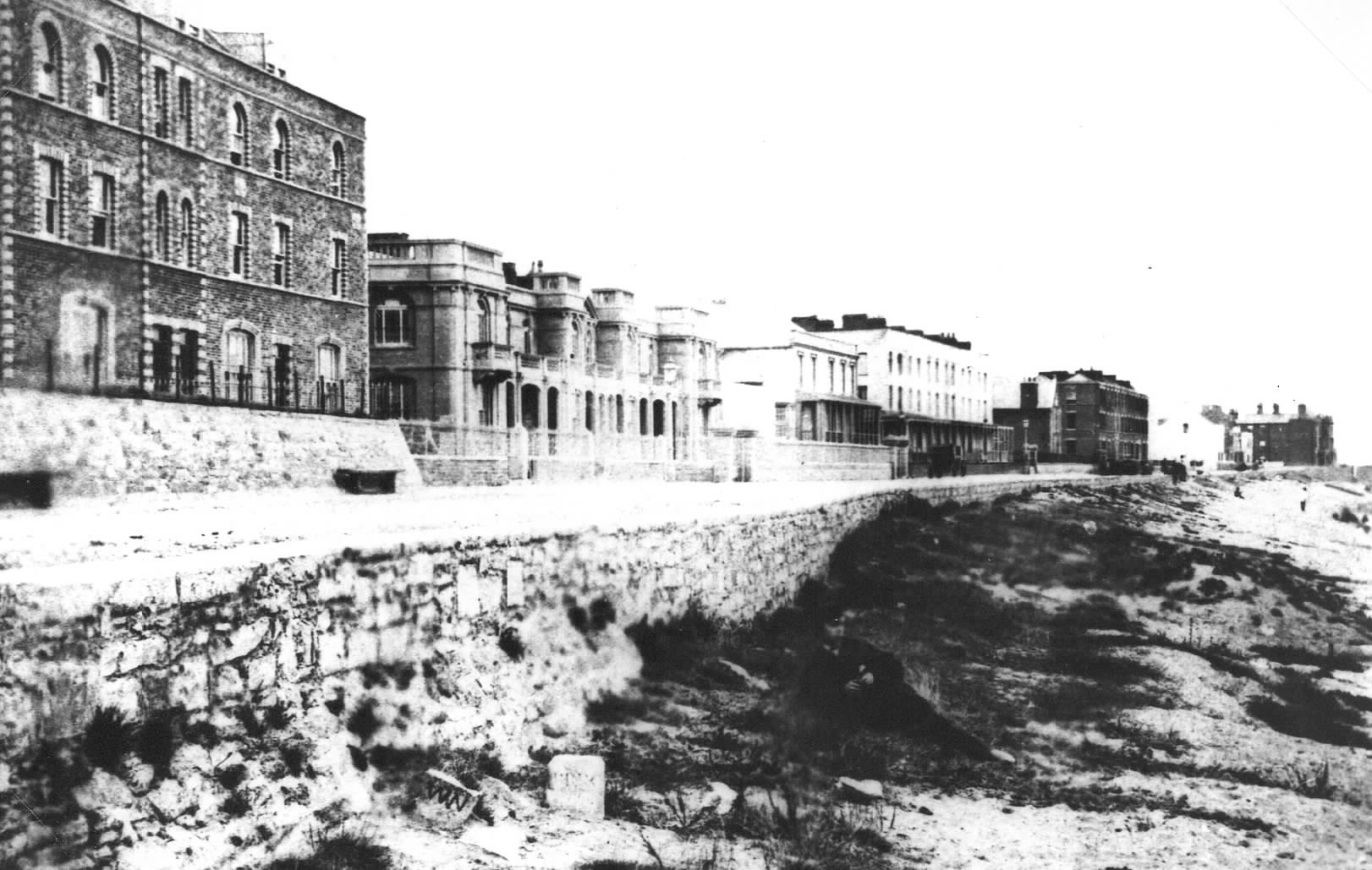 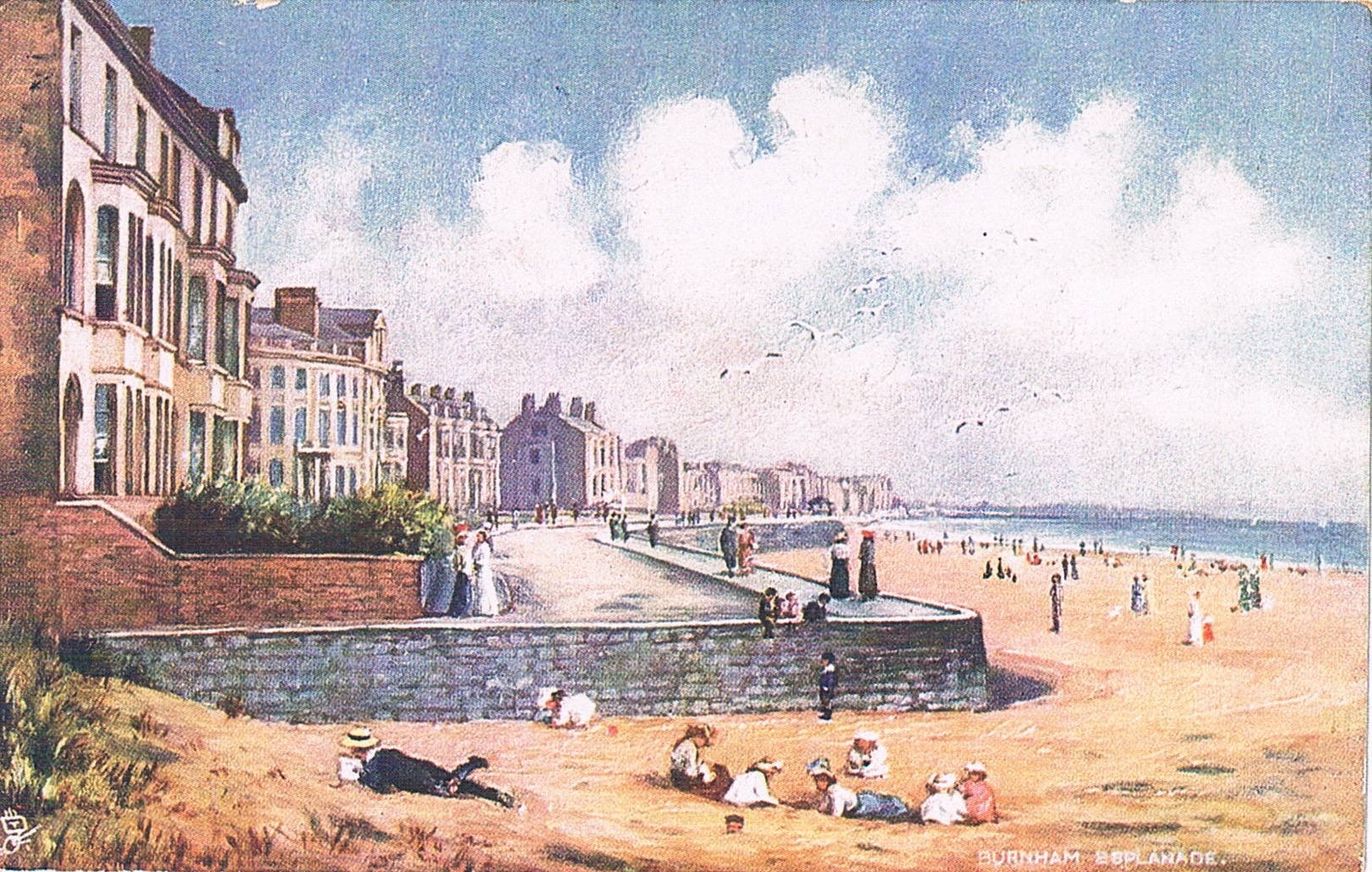 Picture above is an early coloured view from the north at Maddock’s Slade which was where the esplanade began. There was a boat yard in this area which continued in existence until the building of flats on the site in the late 20th century. Latterly this was the home of the Burnham Motor Boat Company (Advert below from Burnham Guide of 1959) 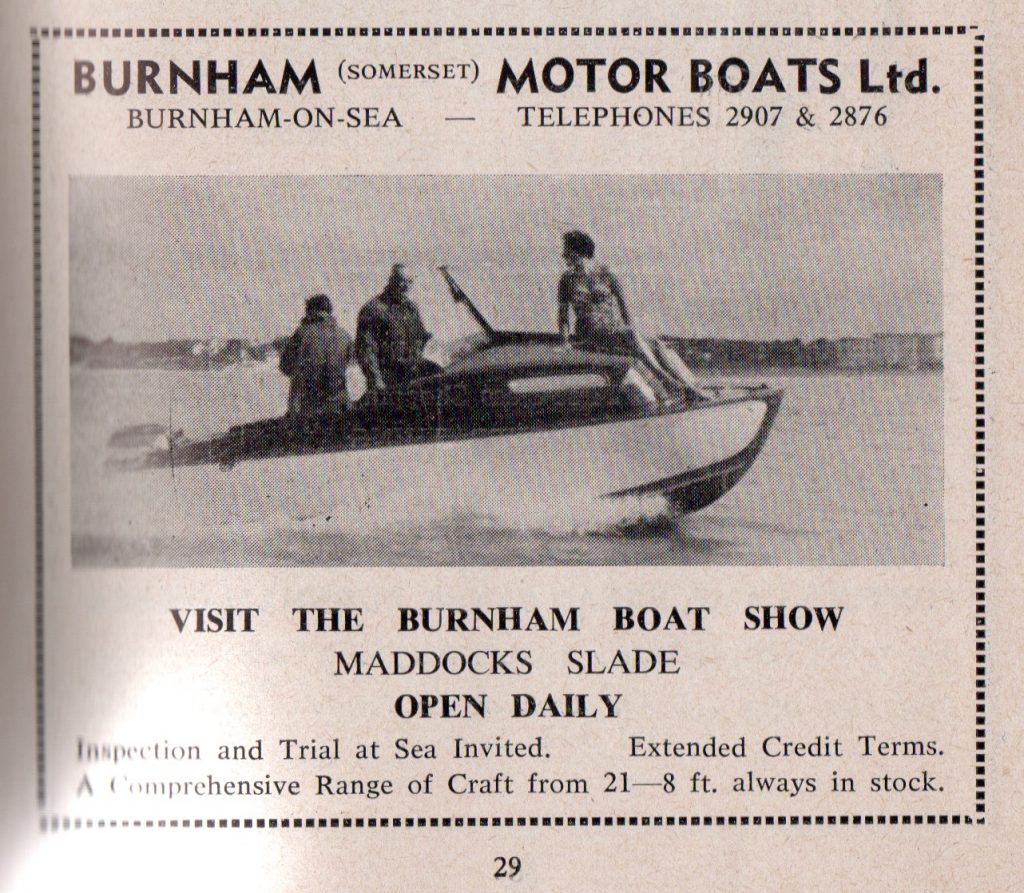 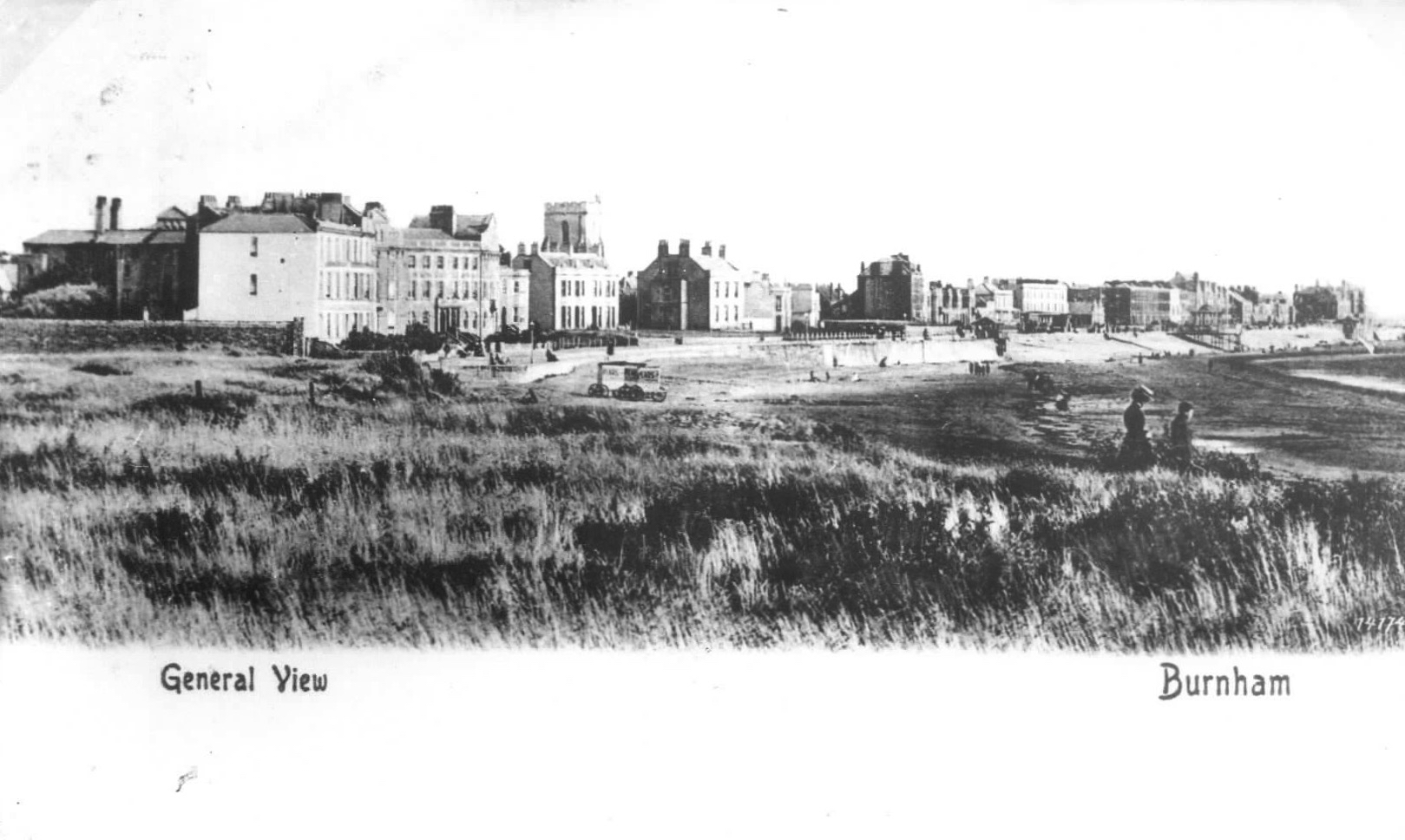 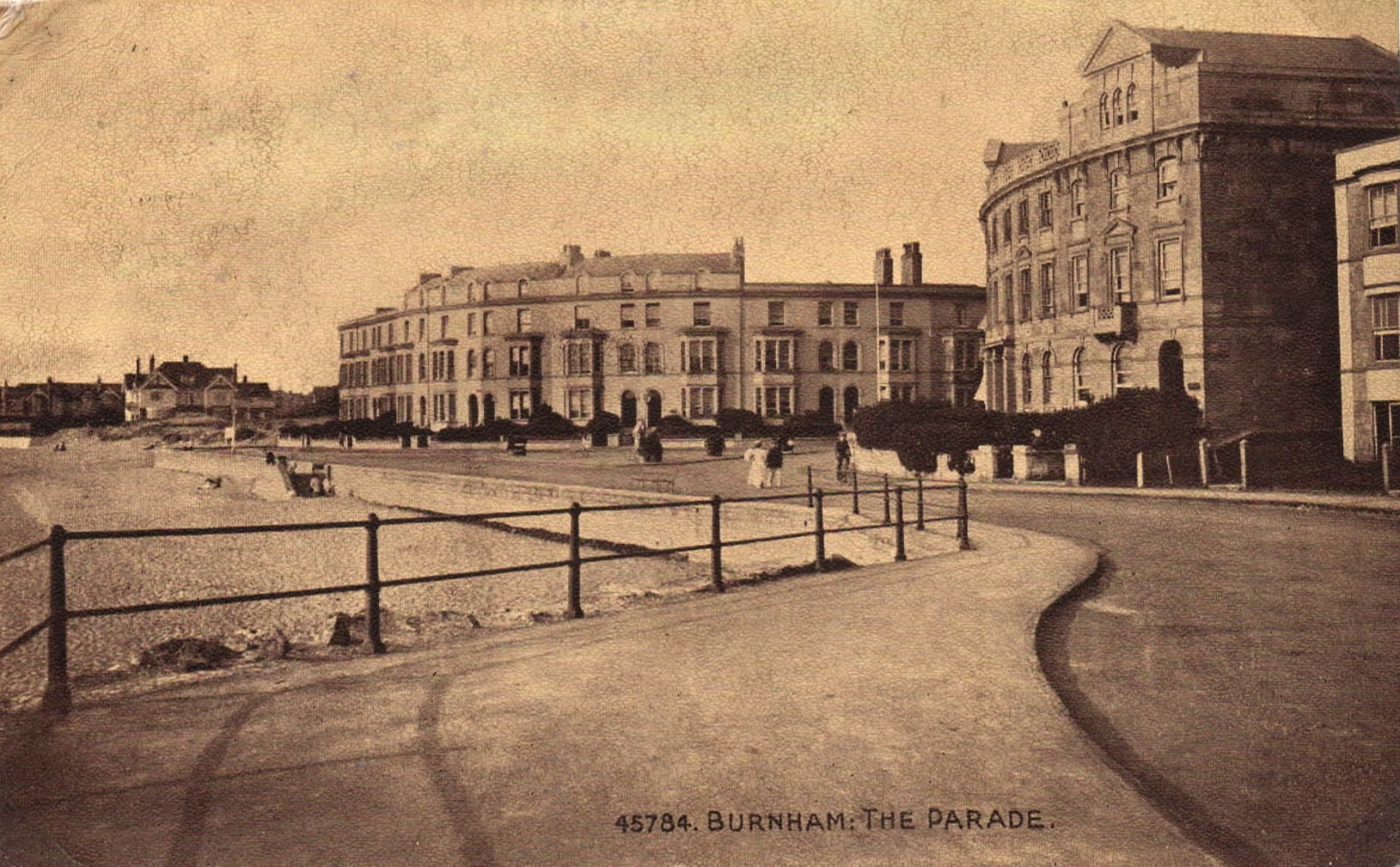 Details of the building of these terraces are not clear. Some sources indicate that they were in planning from the 1850’s and construction may have begin before the end of that decade. Another source tells us that Catherine Terrace (the south crescent in Sea View Road) was built in 1861. The north crescent, Julia Terrace, was described by Vicar Dupuis as still a carcass in 1867. The interior  was not finished until several years after the building. The plaza area which now exists between the properties and the sea was built as part of the new sea defences after the floods of December 1981. 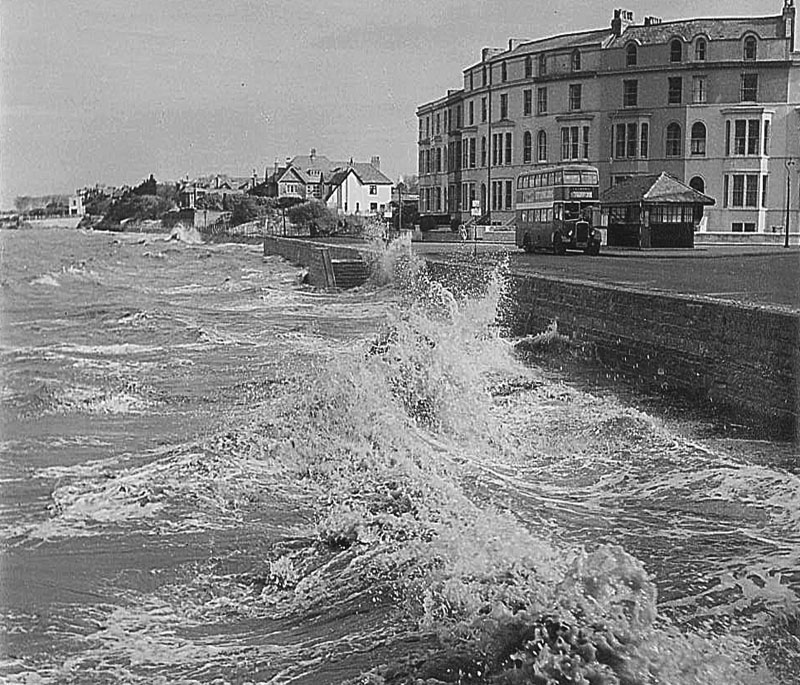 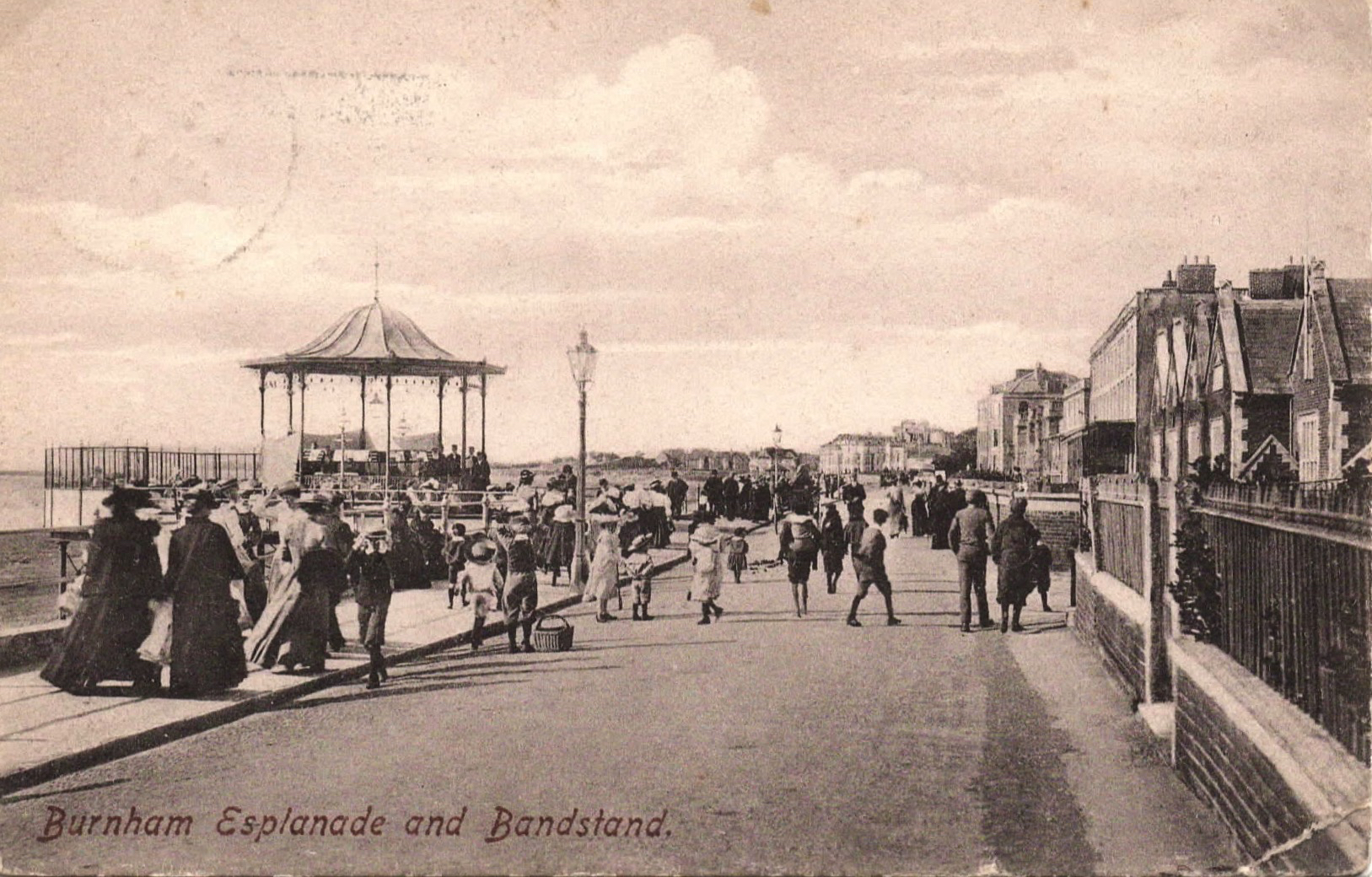 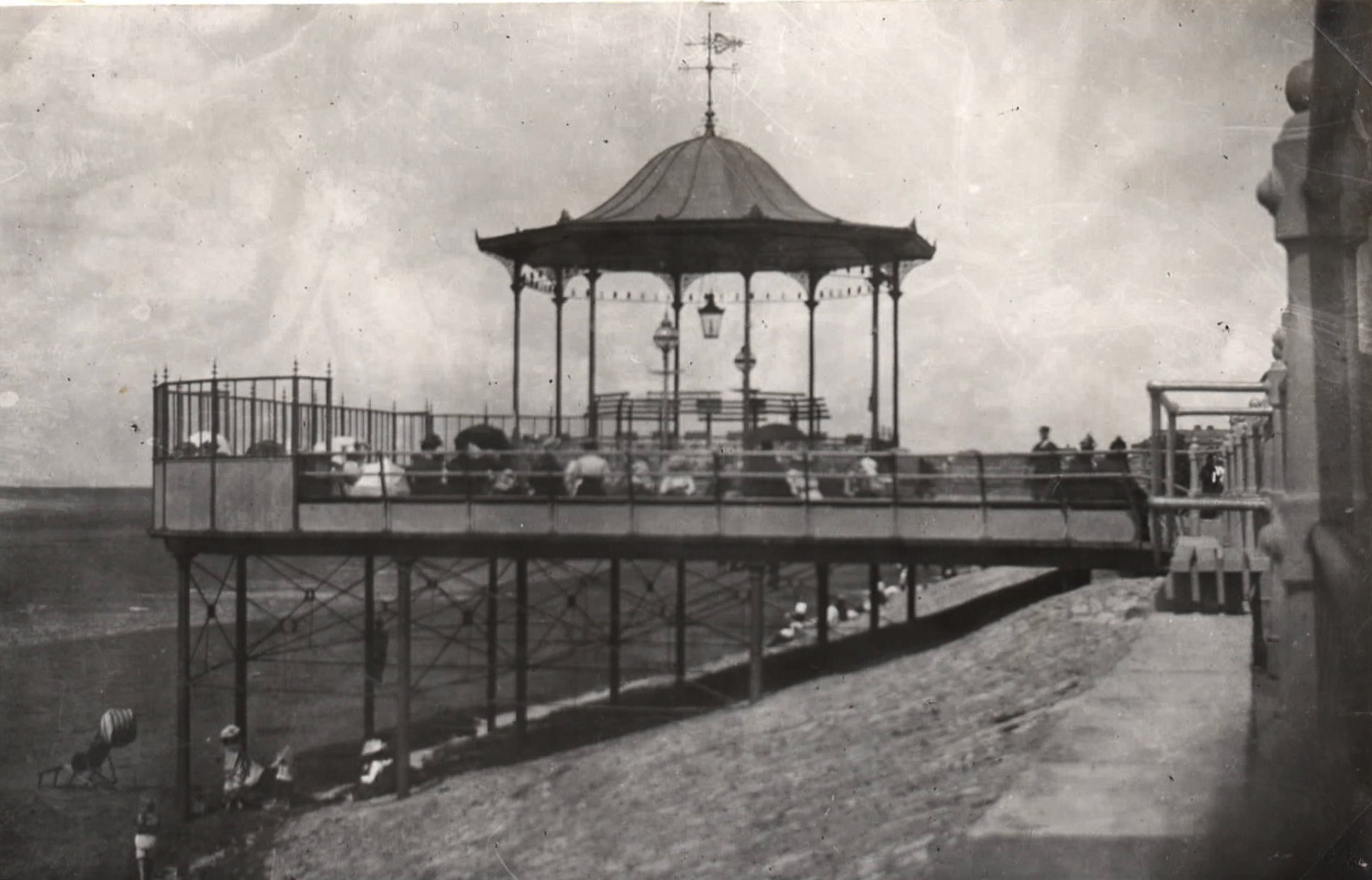 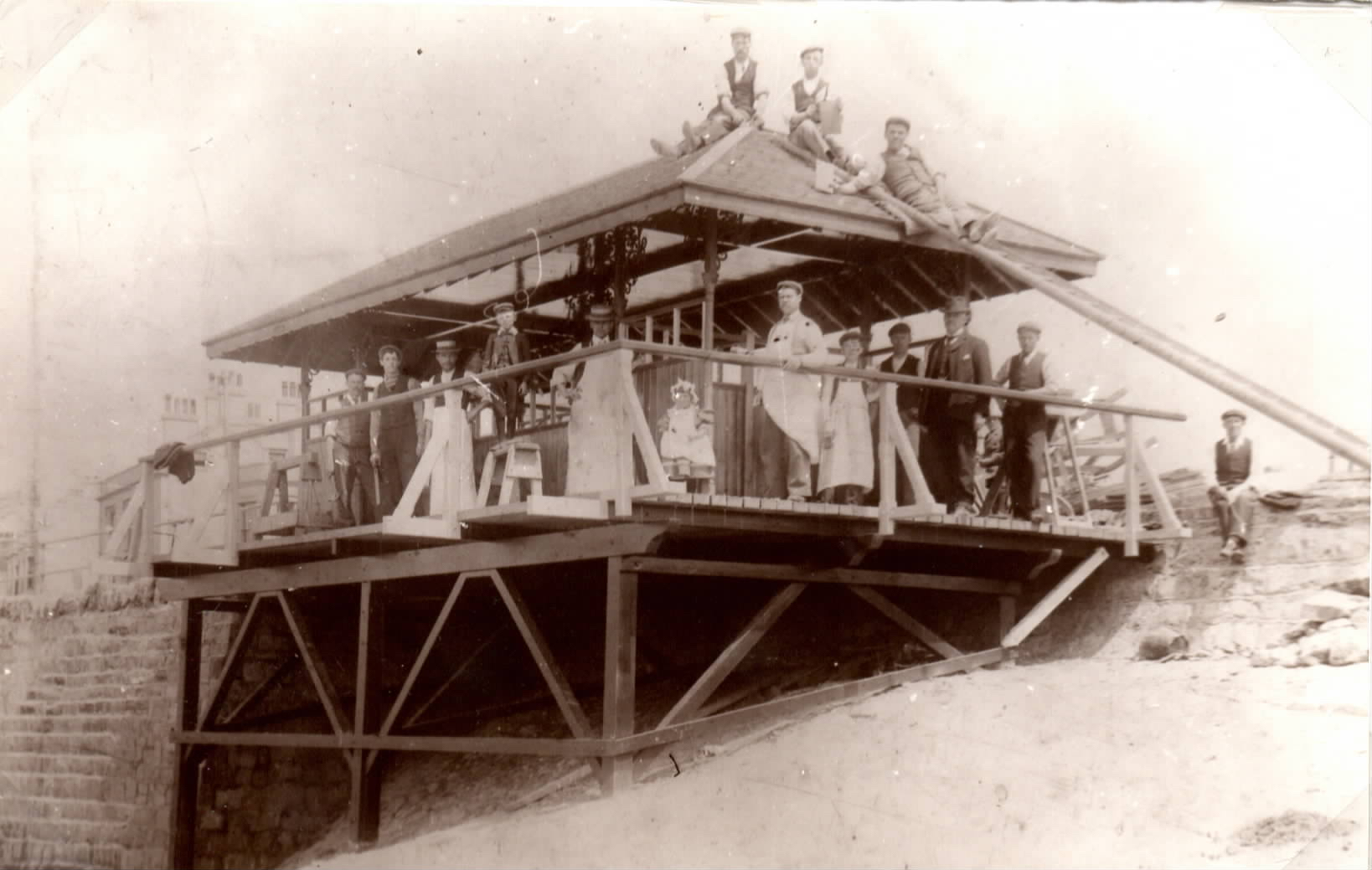 The picture above shows the building of the  North Shelter in 1901, opposite the entrance to the Churchyard.

The Esplanade was widened between 1911 and 1914. A new promenade supported on concrete pillars was built out over the old stone slope for most of its length. This used the then new material ferro-concrete. Two new shelters replaced the old ones and a short pier was incorporated into the design to support the Pavilion. The designer of the Esplanade & Pavilion works was local surveyor William Chowens. It is believed that the old south shelter was reconstructed as the bus shelter in the triangle at the top of Sea View Rd (see photo from 1960’s above). 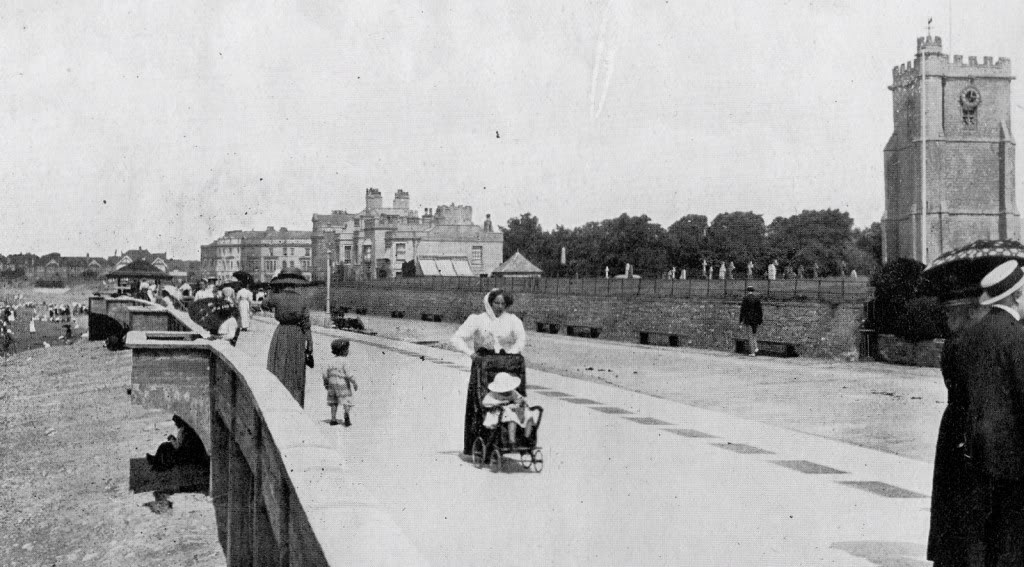 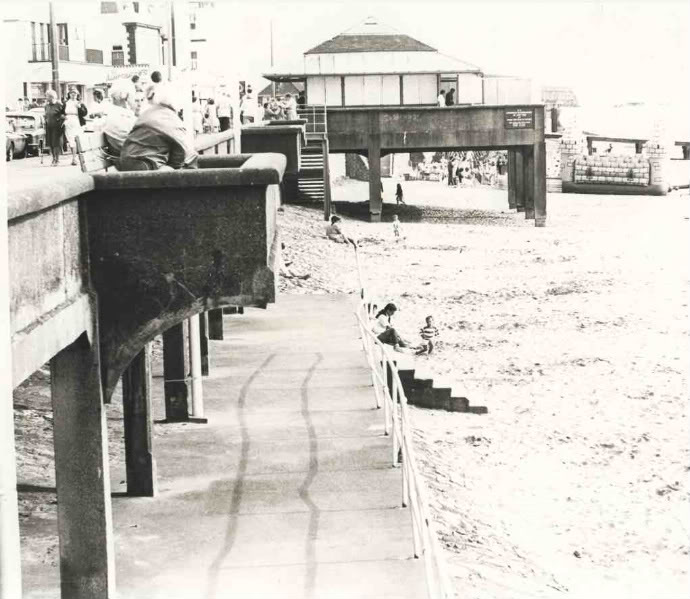 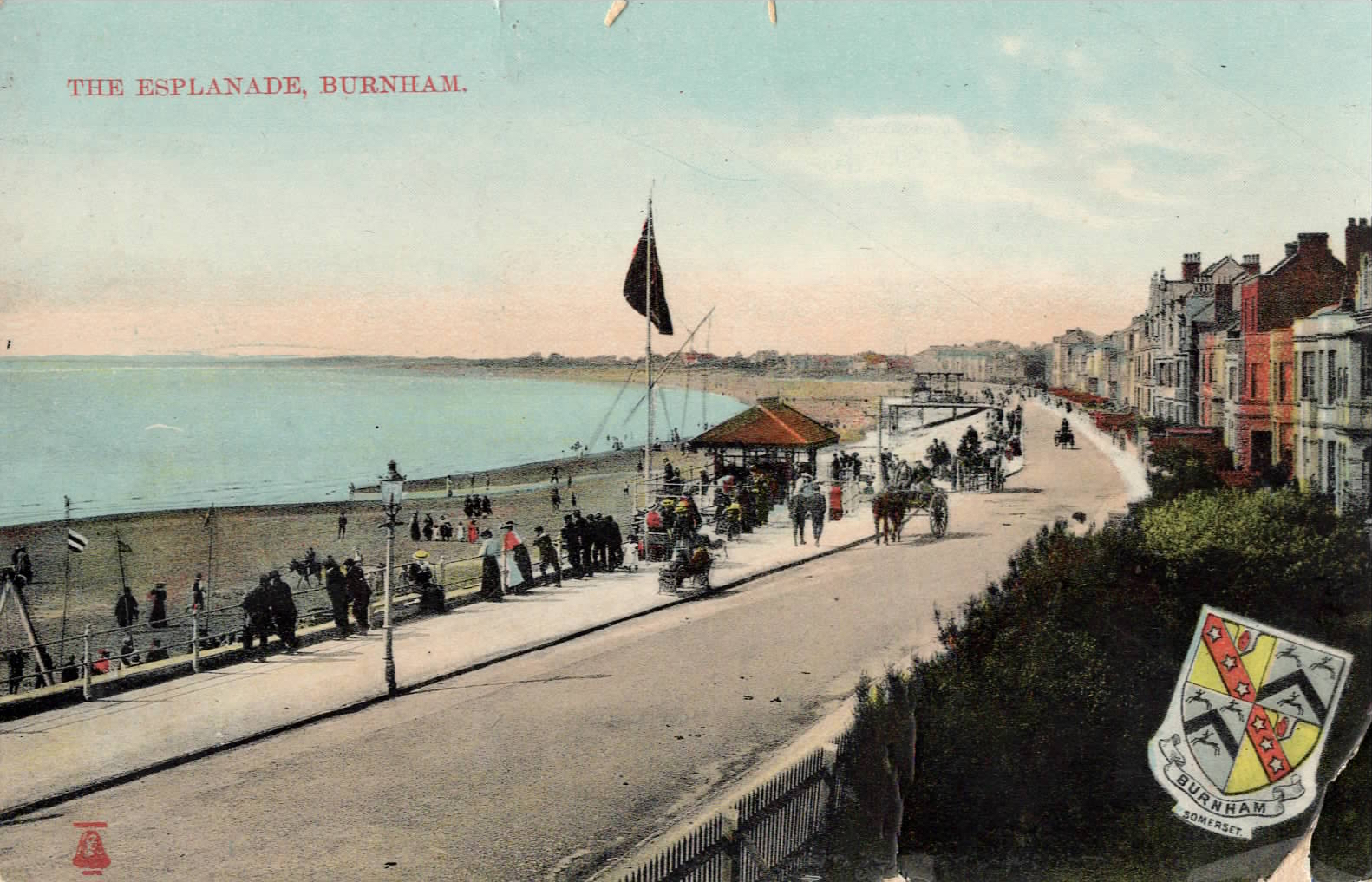 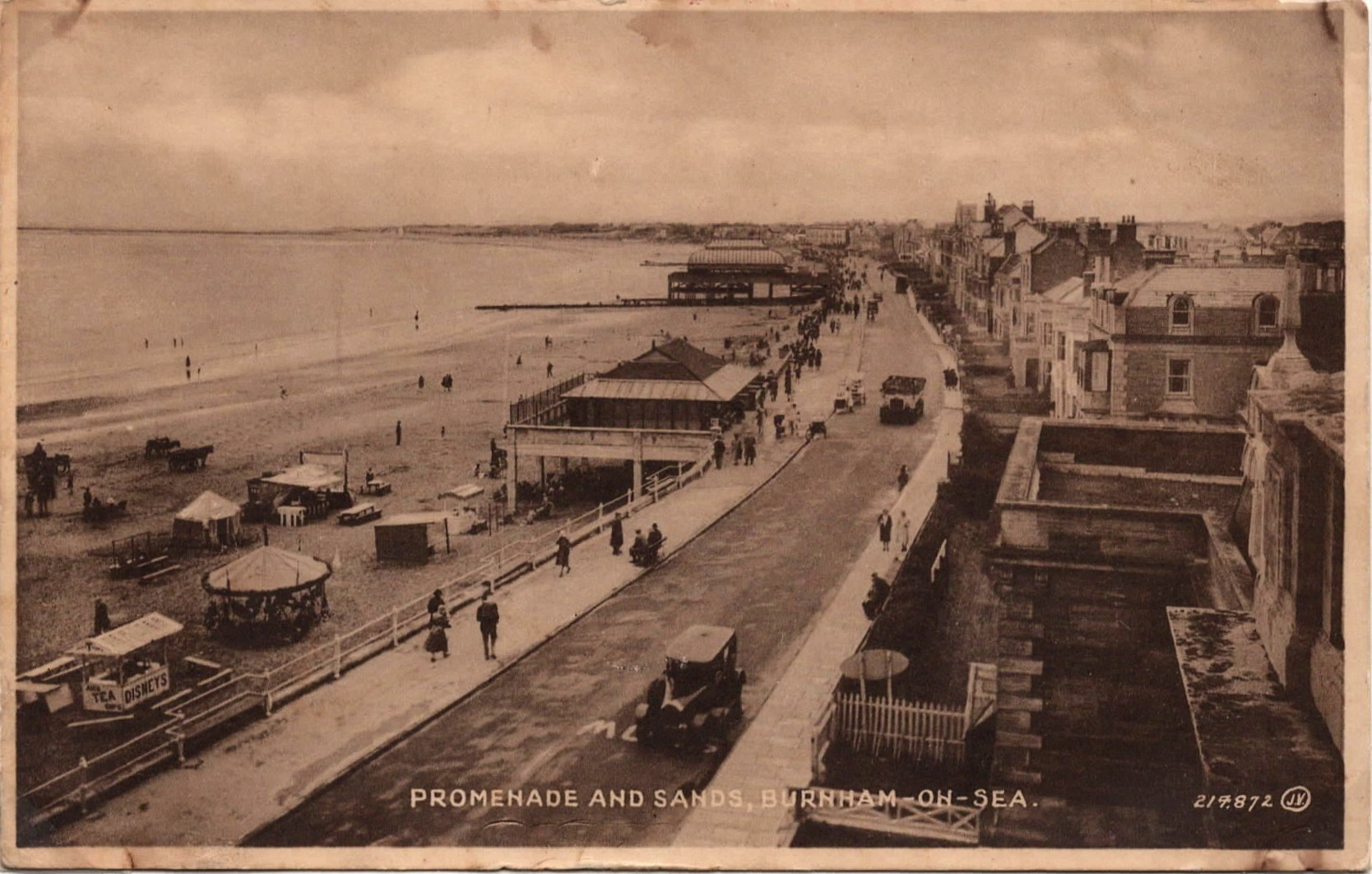 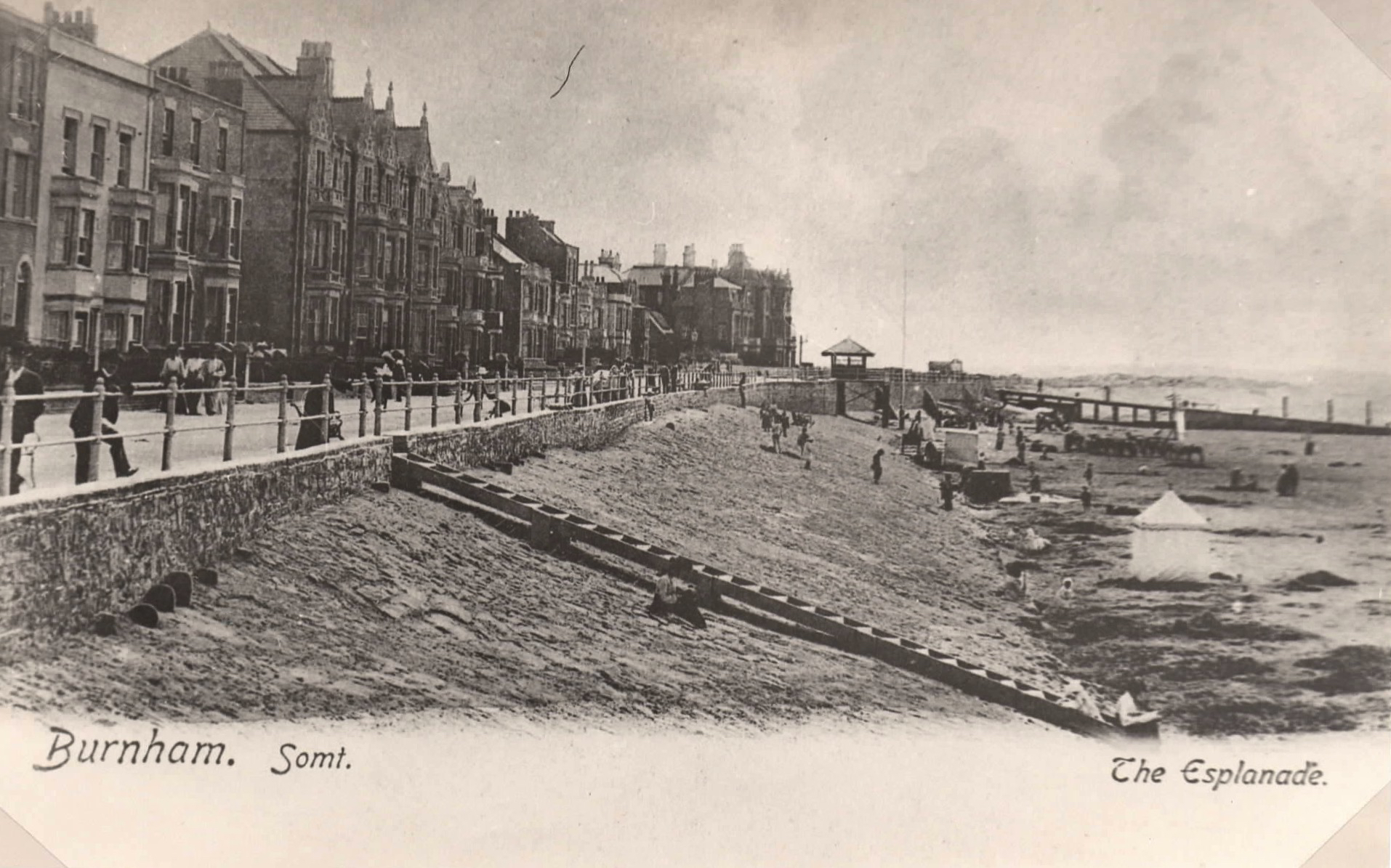 Above is a view of the terraces of buildings between College St and Adam St before the 1912 works. Note the old wooden steps which were later linked to the extended Esplanade by stone stairs. In the centre of the picture is the building which became the Esplanade Hotel & Restaurant. 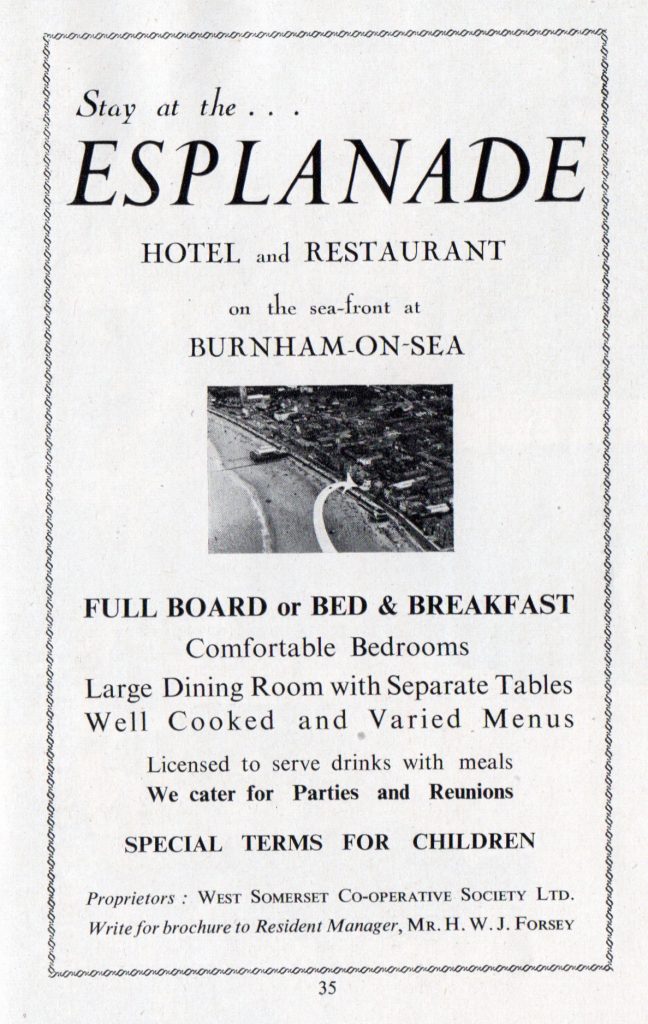 In the picture above we can see the Esplanade from South St to Pier St taken some time after 1912 but before the development of Wem’s Coach Depot on the open land north of the Reed’s Arms. Note the Electric Theatre already in place at the back of this plot opposite the houses of ‘Sunny Lawns’. 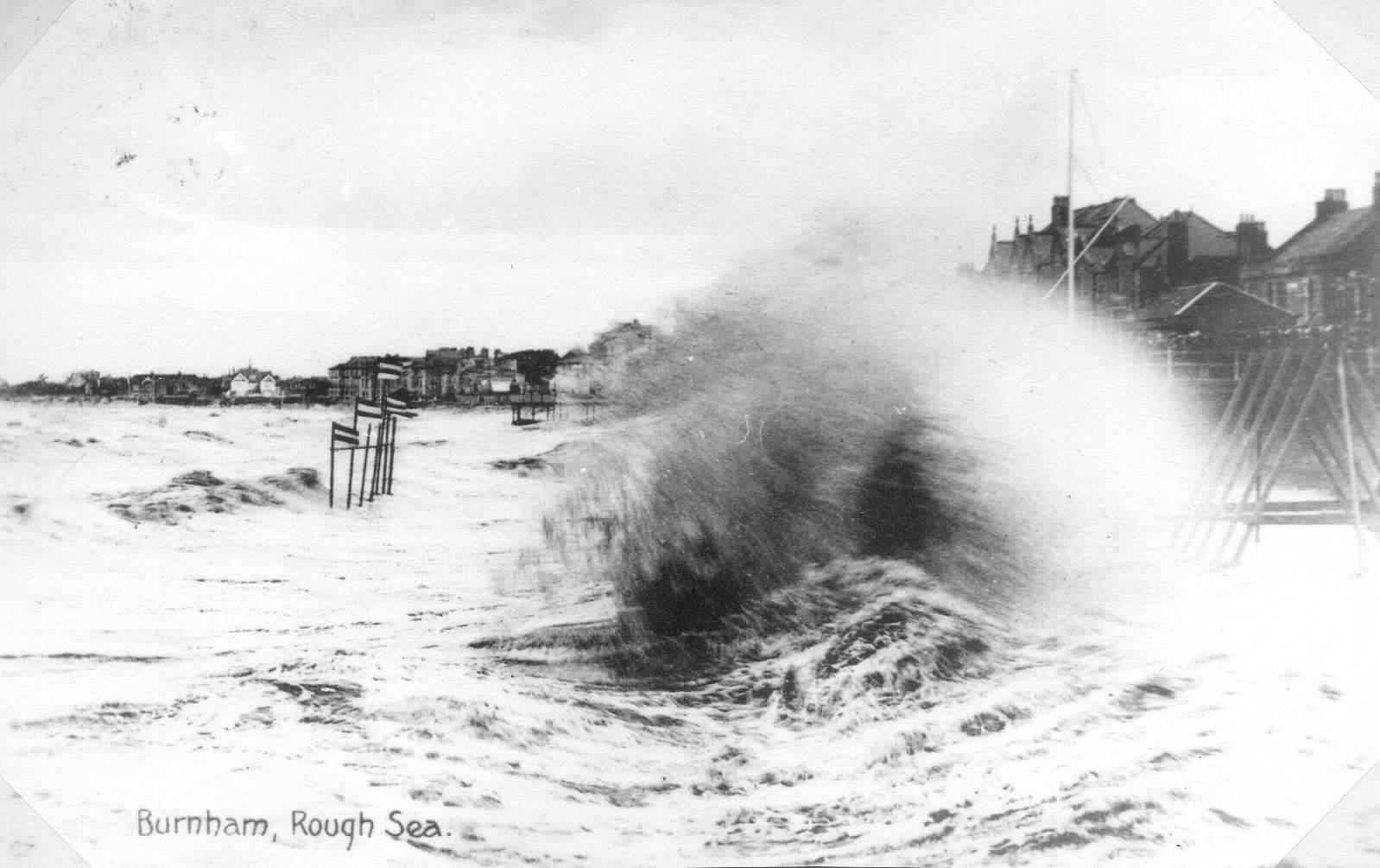 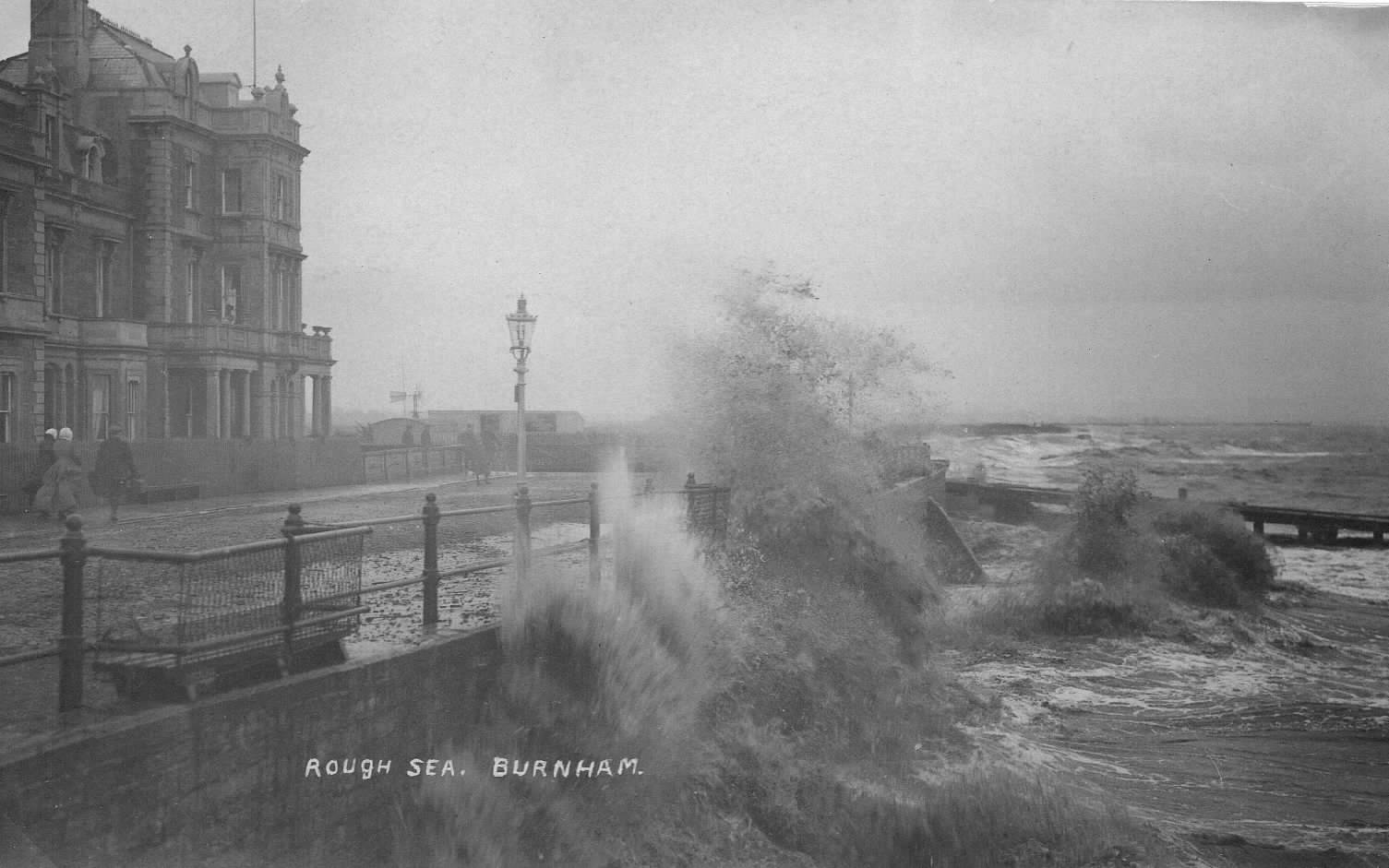 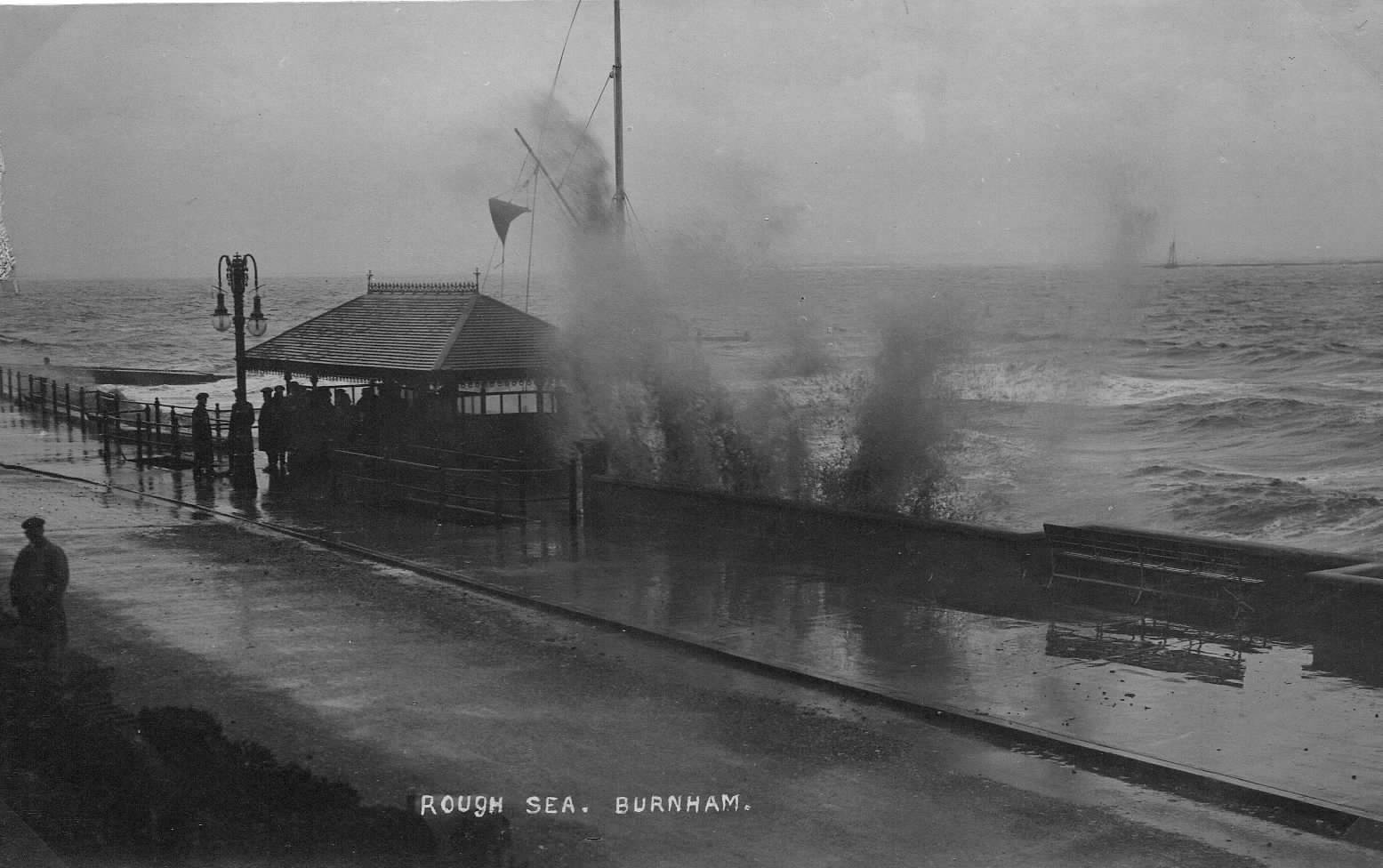 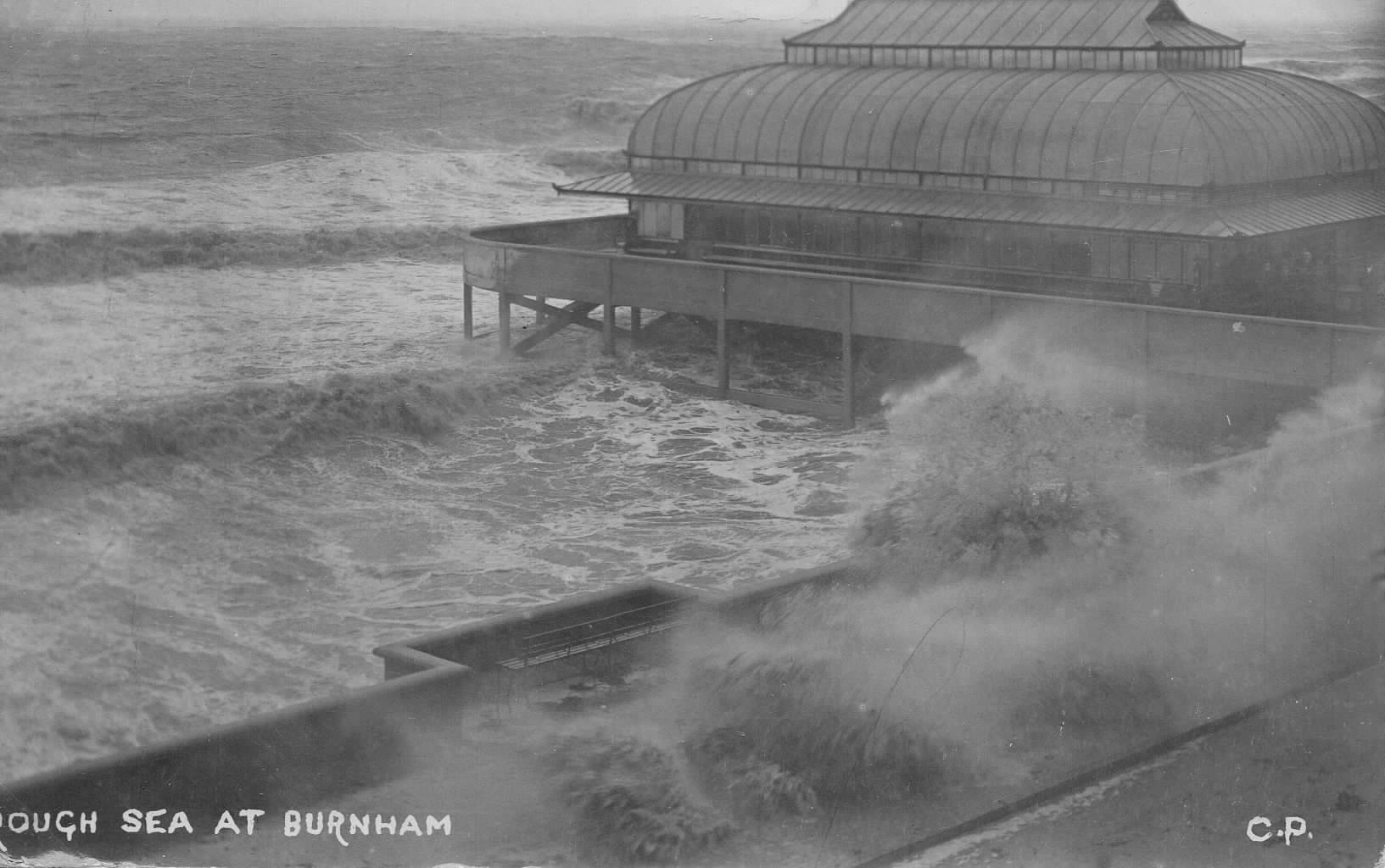 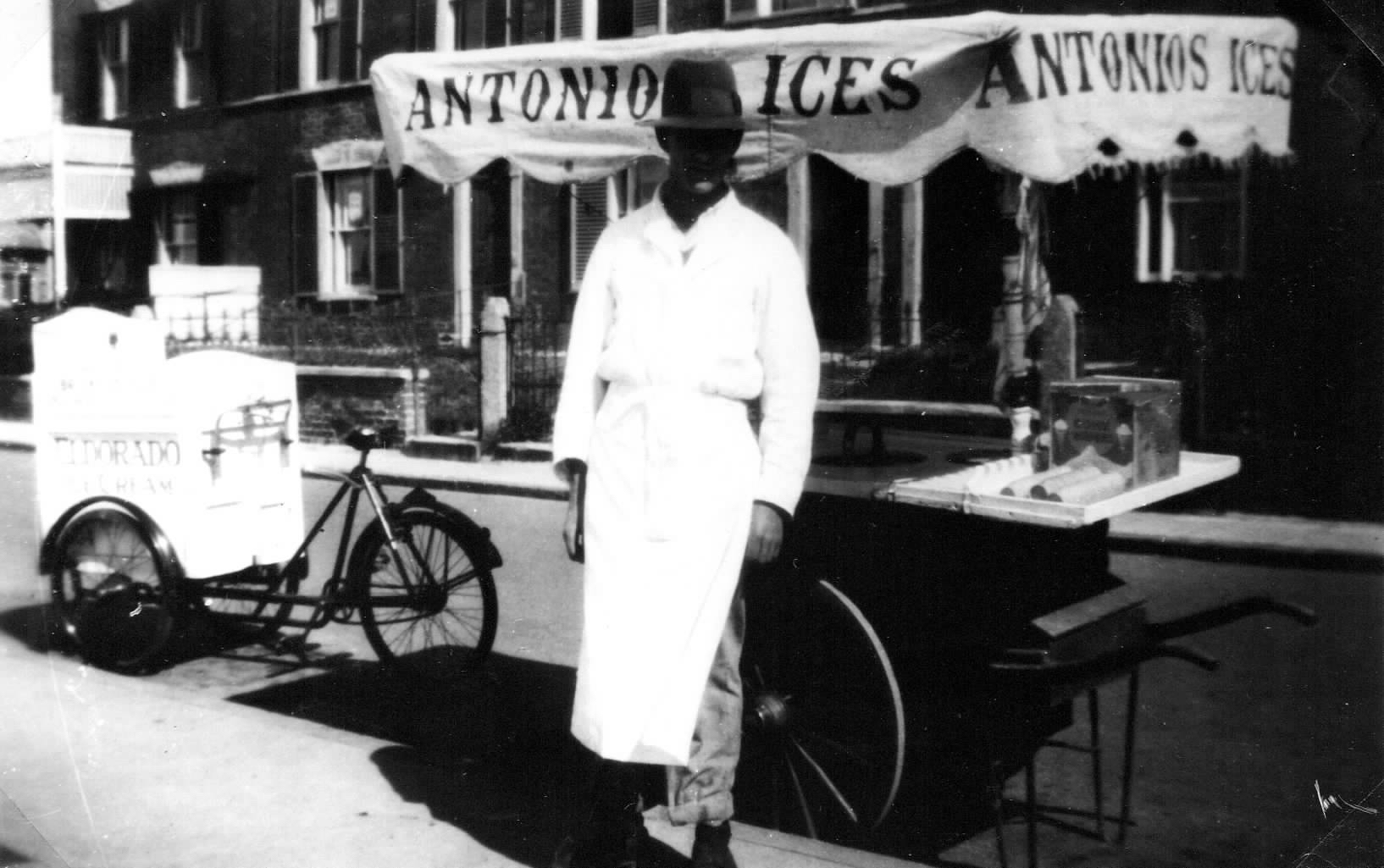 In better weather Antonio’s Ice Cream cart was a common site on the Esplanade (see also picture at top of page), here seen with a tricycle, possibly bringing additional supplies? 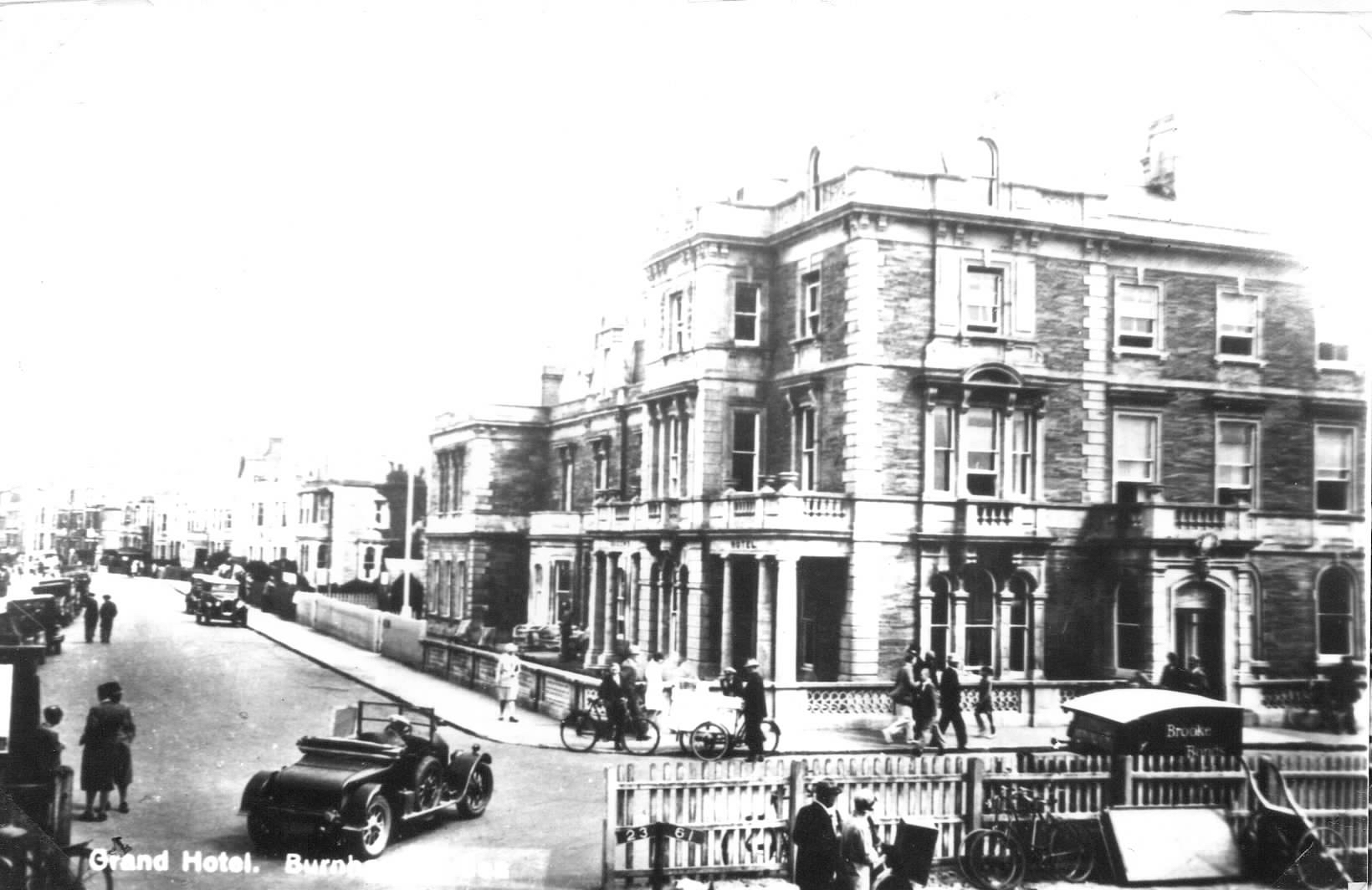