The Holt family originates from Whitby in Yorkshire  in a line of shipbuilders. John Holt (1742 – 1828) married Mary MILNER (1743-1803) and had one son Thomas (1773 – 1859) Although born in Whitby he moved to London, for reasons unknown, where he is described in the 1851 Census as “gentleman”, aged 77. The family appears to have been fiercely religiously Independent and many baptisms were recorded in Presbyterian Non-Conformist establishments.

The William Skinner mentioned here is known as “Senior” and he is listed in the censuses of 1851, 1861 & 1871 is listed as  a brewer living in Stepney, London. He bought Burnham Brewery in 1878 possibly whilst still living in Highgate, London. In the 1881 Census he is still recorded as a “brewer” but is now living in Mark Road, Brent Knoll and in 1891 in Somerset Court, Brent Knoll, now age 72 and retired.

In 1883 a flood of the town contaminated the water supply which had been supplied by wells, one of which belonged to the Rev Theodore Crane Dupuis, Vicar of St Andrews. His wife and William Skinner Holt were responsible for bringing a piped water supply from Winscombe to Burnham in April 1888. Presumably Holt’s involvement was in order to have a ready supply of clean water for the brewing process. Previously it is thought that they “borrowed” water from the Dupuis’s own well. It’s uncertain if it was William Skinner Senior or Junior who was responsible. Possibly this would be W.S. Senior as his son Thomas was living in The Hall (now the Community Centre) at that time which would have made him and the DuPuis family neighbours. 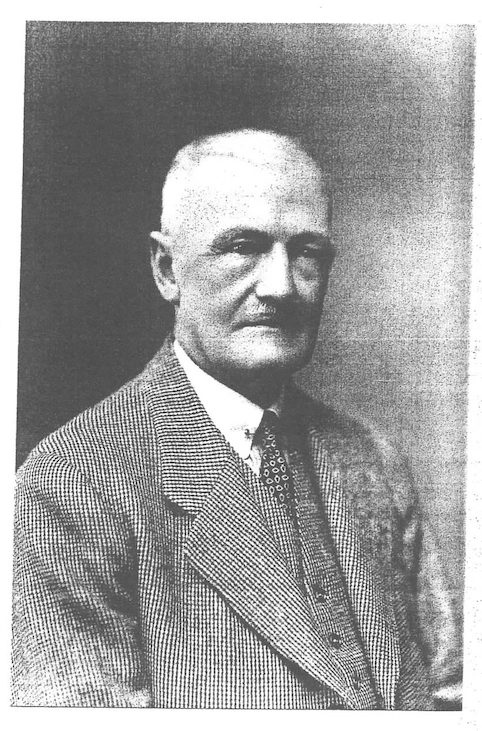 HoltsBrewery became a limited company in 1895 and the Directors were W.S. Holt Senior, W.S.Holt Junior and Thomas Holt.

W.S. Holt died in 1898 and the business was then run by his son W.S. Holt Junior and his brother, Thomas 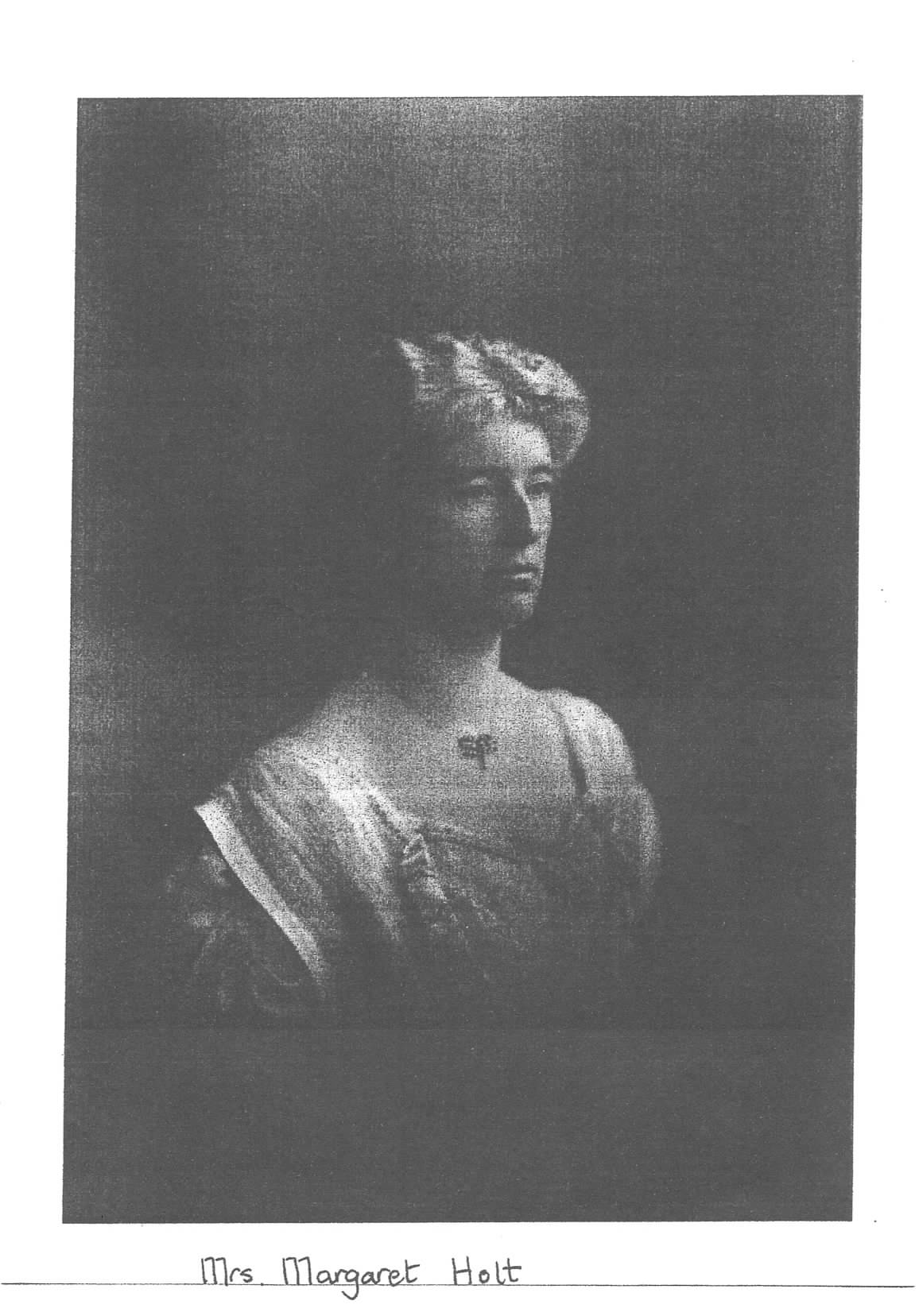 Thomas and his family lived in ‘The Hall’ (now the Community Centre)  from 1894. He was a keen sportsman and was responsible for the founding of Burnham Golf Club in 1890. He allowed the lands of The Hall (now Crosses Pen) to be used for public functions. He was also a trustee of The War Memorial Hospital.

Thomas and Margaret had three children 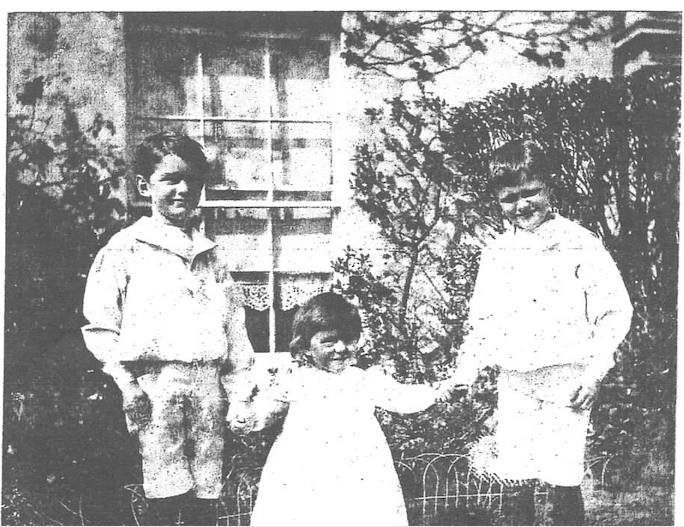 Sadly both Arthur and Cecil were casualties of World War I, Arthur died of his wounds aged 19  and Cecil’s ship “The Hogue” was torpedoed and sunk. He was a Midshipman aged 14 and destined for a Naval Career.

Thomas Holt died in 1928 and in turn was succeeded by his own son, Ernest Gerald Holt, known as “Gerald”

Ernest married Blanche Frances Hill in 1931  and they had 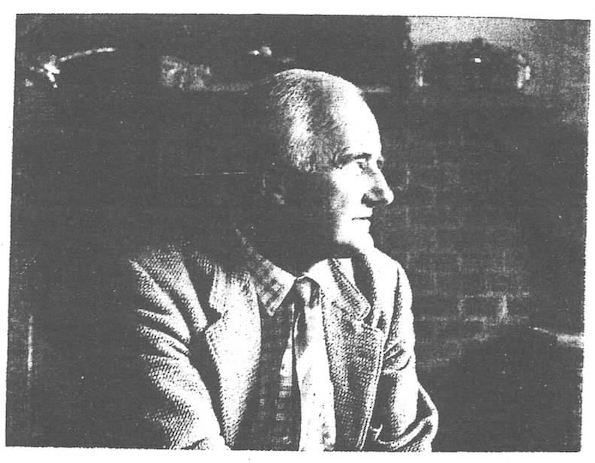 By 1962 the Brewery had passed from Starkey, Knight and Ford, who had acquired it in 1957 to Whitbreads in 1962 at which time “Tom” Holt was still working for them. He apparently owned a Jaguar car, registration TH 33, when still in Burnham. He moved to the Cotswolds where he died in 1985.

As far as is known there are no descendants of the Holt family that are still living in Burnham. Perhaps you known differently and can help with adding to the history of the Holt family. Photographs would be especially welcome as there appears to be little evidence of the family despite their importance and prominence in the town.

In the Census for 1861 there is a record of a Robert B(urbank) Holt born in 1826 also in Whitby visiting Mary Chapman (nee Green) and her daughter Anna who were living together in Brunswick Street (now Brunswick Terrace). Oddly she is described as a “Railway Proprietor” aged 24. Robert married Harriett Chapman in a Non-Conformist ceremony in Canterbury in 1850, Harriett came from Brean. Robert Burbank Holt and William and Williasm Skinner Holt were first cousins once removed. As for the description of Anna’s occupation of “Railway Proprietor” it does seem enigmatic, especially due to her age.