George Henry Warren (1886 – 1939) was a Master Mariner resident and working  in Burnham by  the  time of his death in a shipwreck  in the Bristol Channel. He was dubbed ‘Captain Courage’ in a Western Daily Press article in 1996.

George came from a long line of sea faring folk who lived on the shores of the Severn in rural Gloucestershire in the tiny hamlets of Saul, Framilode, Wheatenhurst and Fretherne.

Born 1876, the third child of four born to George and Emma Warren nee Smith. In the Census for 1891 he is already described as a “sailor” even though he would have been just 15 at that time. His whereabouts are often difficult to determine as I imagine that much of his time was spent at sea. I have not been able to determine his whereabouts in 1901 or in 1881 when aged 5. His younger brother, Maurice Samuel Richard was also a life-long mariner.

In 1911 he was aboard the SS.Milo, which was docked at Swansea, where he was 2nd mate. In that year this ship was involved in the rescue of the crew of the ketch ‘Rival’, for which George was one of the men who received the  King George V medal for gallantry. They were also given local recognition as reported in the Western Daily Press 1912

George married Elizabeth Kate nee Sage in 1901 at St Johns, Bridgwater and they had three children, Emily Kate in 1903, Rose Maria Bess in 1905 and Kate Lily Minie known as “Kitty” in 1906.

All three were born in Bridgwater and were living at 1 Branksome Avenue in Bridgwater at this time. George also lived with his younger brother at 63 Bath Road, Bridgwater around 1906 at the time of christening of Kitty.

By 1939 Kitty was married and had moved to Burnham, living at 4 South Street with her husband Percy Winston Stradling and their family of two children. Seemingly Percy was also involved with the sea having travelled to NY and Massachusetts a number of times.

The “William” was the oldest working sailing ship in 1939, a trow having been built 130 years previously. The cargo was a load of coal from Cardiff to Bristol, the journey starting in Highbridge. It was being towed by another vessel, the Elemore (or Ellimore), for unknown reasons, possibly the William was underpowered. The crew was George Warren (Captain), Fred Watts (mate), and Frank Blowers who was the only survivor. He later gave a full account of the disaster which was printed in the Daily Mirror 5th June 1939. The ship sank within minutes of being washed over by two freak waves following a squall. The first wave over the bow and the second over the stern. The ship sank within minutes. Captain Warren still at the wheel but trapped by coal that had become dislodged. The other two were washed overboard with only Blowers surviving, later picked up by the Elemore. Reports from  The Citizen and The Bristol Evening Post.

According to the news report George was living at 2 Abingdon Street, at the time of the disaster. This may possibly be a typographical error. The occupants of No 2 at this time were the Mead family, Cecil B Mead being a Master tailor. Much more likely is 7, Abingdon Street where Frederick James King lived, a widowed Port of Bridgwater Pilot who was then retired and of a similar age to George. They would certainly have known one another.

George may well have been the Superintendent of the Marine Lake on the Esplanade, as a man of this name is mentioned in a press report of 1933 of an inquest into the death of a swimmer who lost his life there whilst on a visit from Wookey. George would have been aged about 57 and would have been a suitable person to manage the Marine Lake, having had a great deal of maritime experience.

His body was recovered a few days later near to Portishead, and his death was registered in Bristol in the September quarter of 1939. According to the story told by his daughter Kitty, his wish was to be buried at sea but he is in fact buried in Westfield Road cemetery, in Plot B/F/110. The burial took place on the 17th June 1939 (information provided by BUDC, Customer Services Officer). 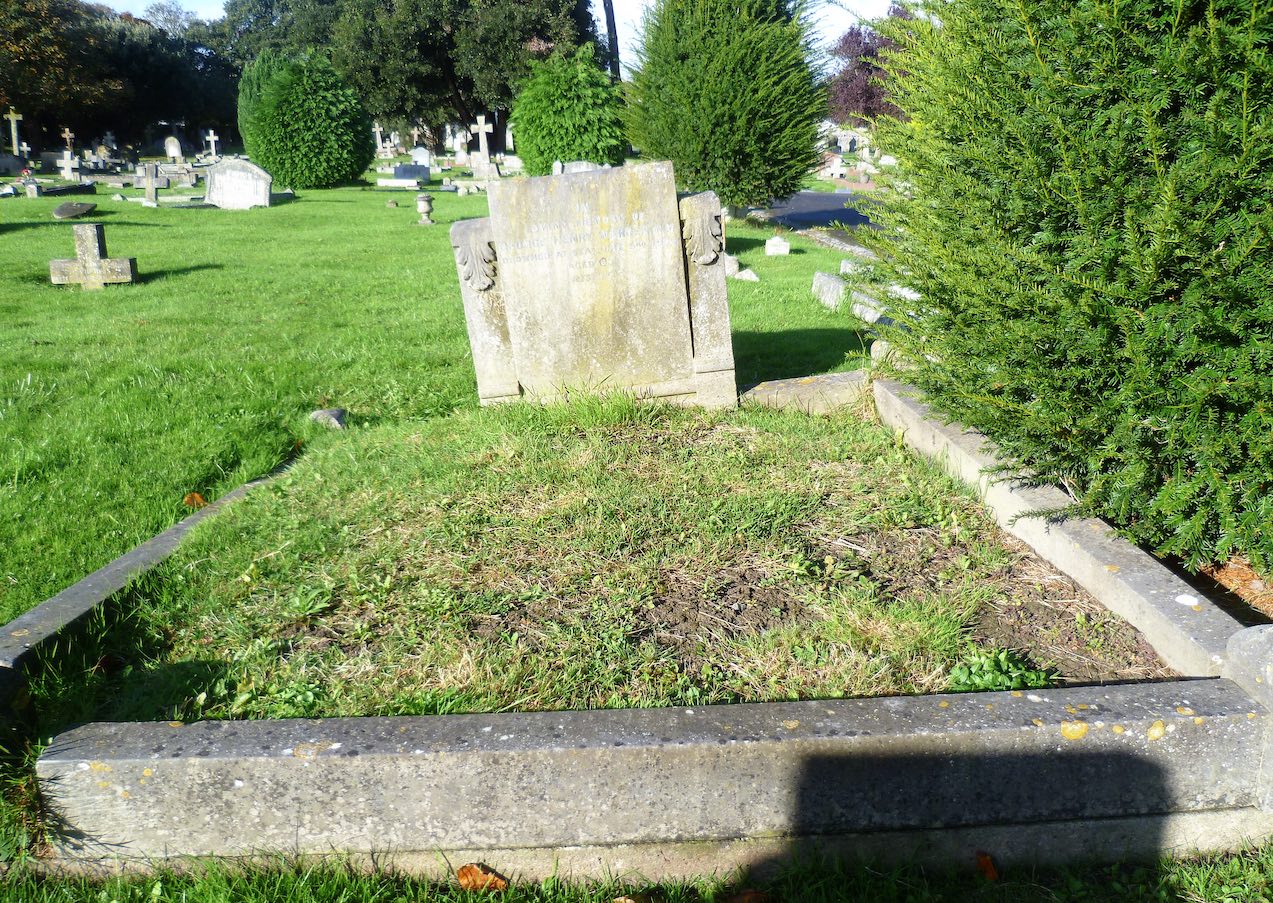 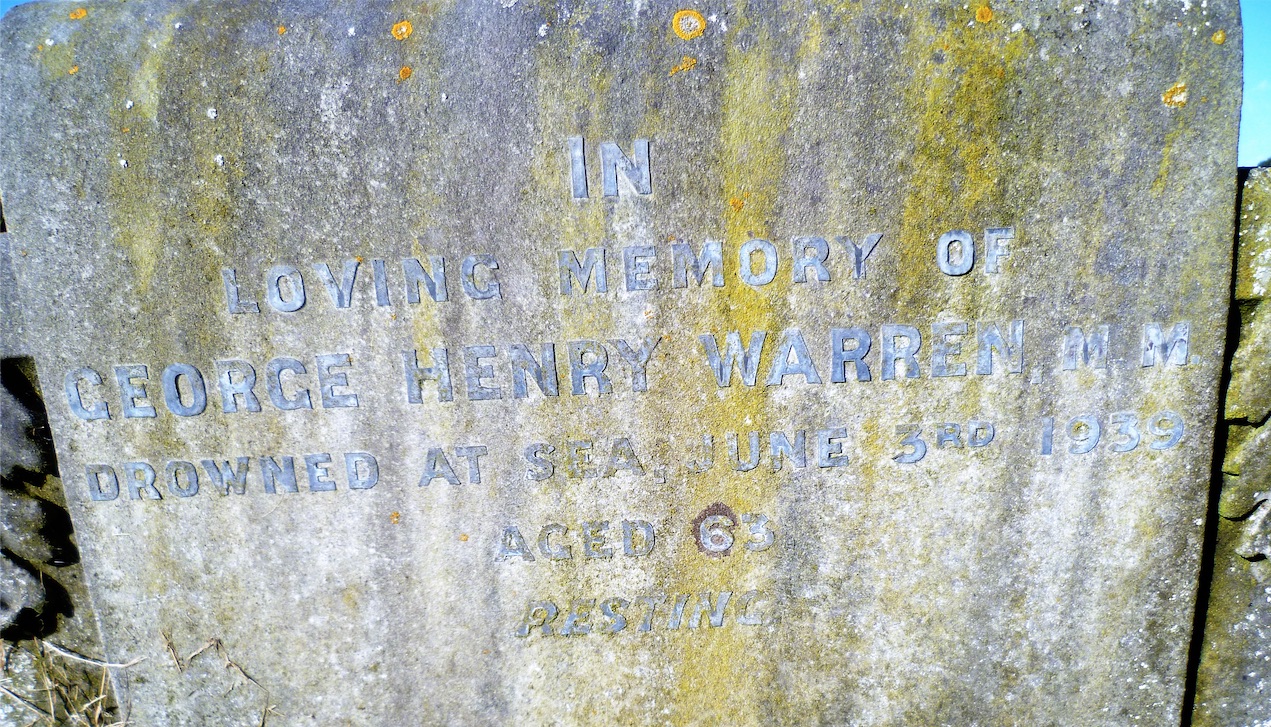