Burnham swimming club was formed in around 1912, although its activities were somewhat restricted by the tides until the opening of  the Marine Lake. Just prior to this the club had huts near the top of the jetty. These facilities were replaced in the Marine Lake entrance buildings. 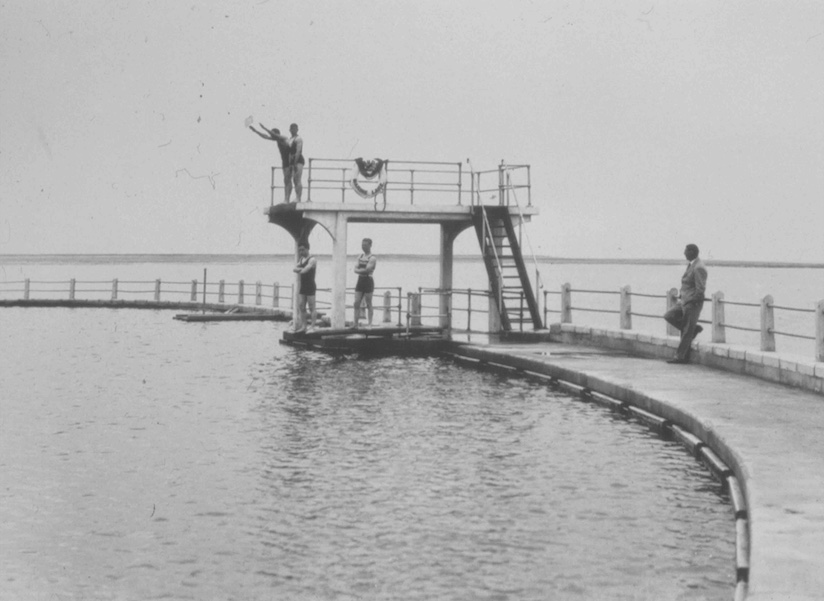 The Marine Lake diving board (above) was removed some time after World War II, during the period in which the facilities were becoming run down.