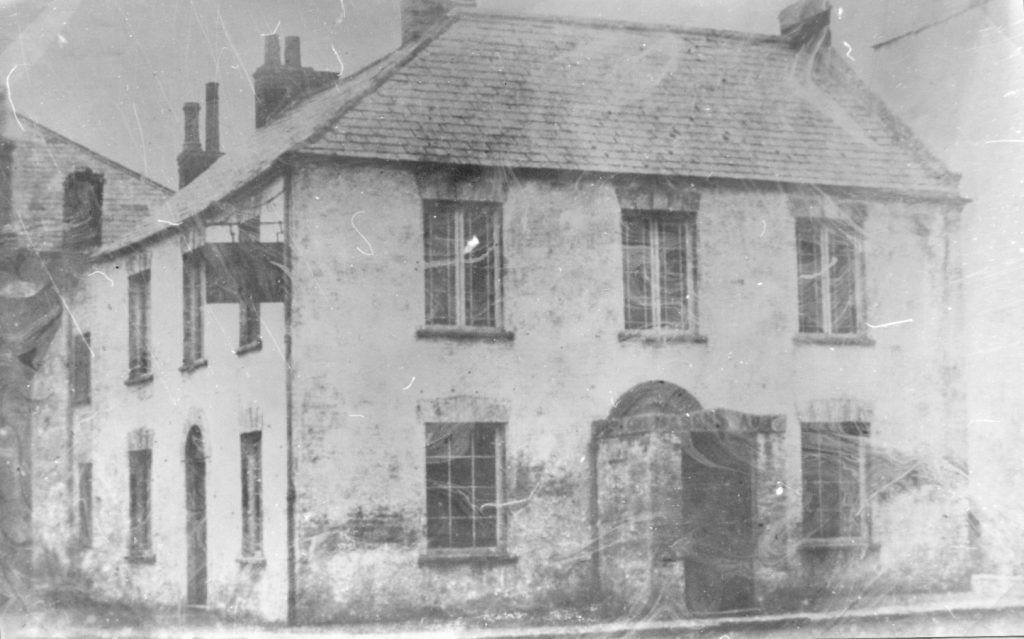 The old Mason’s Arms, which had been a one time brewery and a long time gathering spot for town tradesmen stood at the junction of Victoria St. and Regent St. When this  building was erected Alfred St / High St. did not exist as we know it now, there was a  narrow alley between the building and the one at the east end of Regent St , where the brewing vats could be seen. The Masons Arms was  demolished in 1894 and ‘The Lifeboat’ Temperance Hotel was built on the site and opened in 1895.

A notice in a Burnham Gazette of 1895 indicates that the premises were at the time of sale owned by the Holt Brothers Brewery. The sale figure was £450. The license was revoked in the transaction. The article stated that “the purchasers name has not been notified”, however it is now known that it was Joseph Braithwaite. 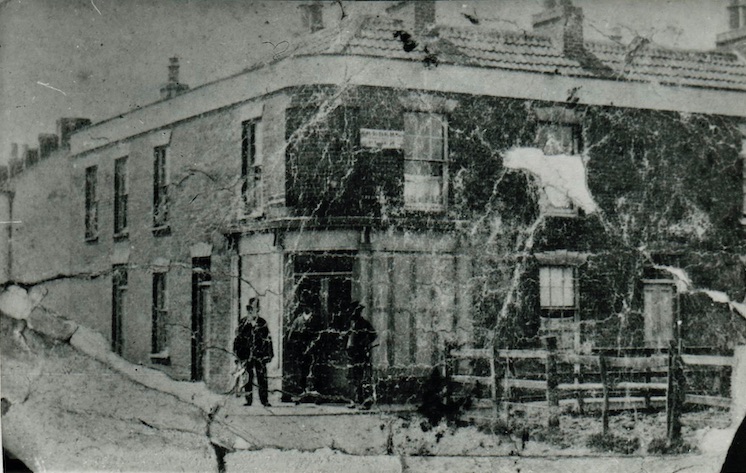 The south west corner of High St with Adam St is believed to have housed ‘The Royal Marine’ Tavern. The photo above, from the Glyn Luxon collection, is the only one discovered which may show this. It was described in the Thomas’s ‘Book of Burnham’ as having “innumerable small panes of glass in its windows and doors and a double sided picture sign with a ‘character’ displayed on it”. The latter is not visible above. The premises were later occupied by Miles Butchers (c1902-14). The corner door was ultimately removed apparently due to the brickwork above being unsafe. The property is now occupied by West Coast estate Agents.

As mentioned on the Whitbread Inn Signs collectors card below, the Lighthouse was built on the site of the Holt Brothers’ Brewery. 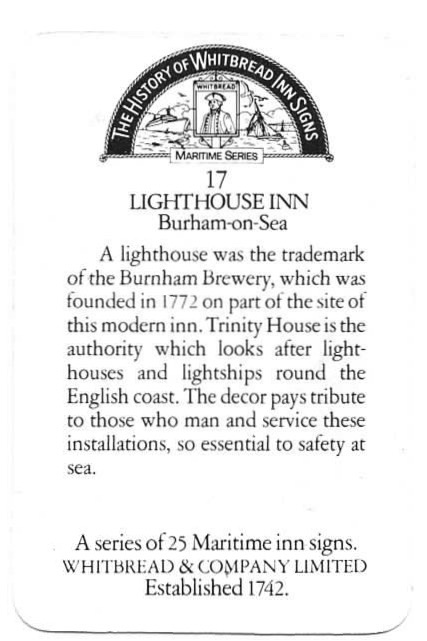 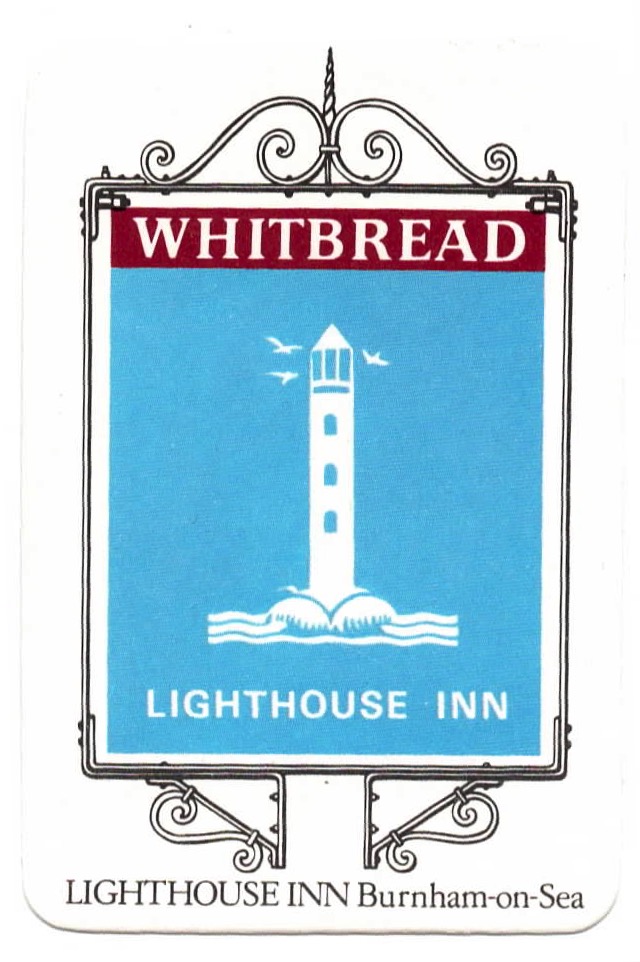 Above is the original sign. People may remember  a subsequent sign showing a very nice but unrelated  painting of the original Eddystone Lighthouse (below). 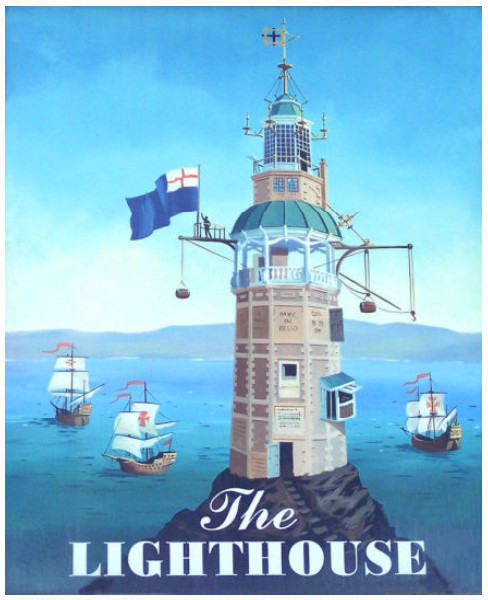 The sign  is currently a painting of Burnham’s Low Lighthouse. Given the distance of the inn from the lighthouses the name might be a bit of a puzzle to those who do not know its true origin.