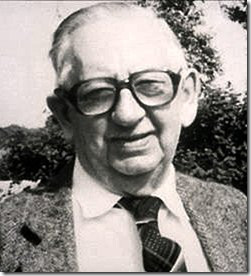 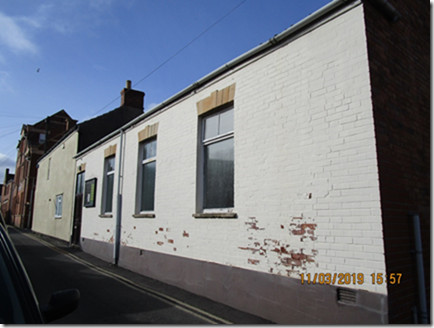 He was dedicated to Jesus Christ in the Salvation Army by his parents  at the age of 14. He and his wife, Mercy, were missionaries and Christian singers working in the Ukraine and Poland. In 1931 they returned to Britain and conducted gospel campaigns throughout the country. During these years Stuart wrote many of his well known gospel songs and published song books. His most famous hymn is “How Great Thou Art …”, voted in many polls as the most popular hymn in the US and UK.

It was based on a poem by Carl Boberg of Sweden which Hine encountered in the Ukraine. Boberg was returning home from a church service when he was caught in a thunderstorm. Lightning flashed, rain poured down, the wind rushed over the fields of wheat, .. then suddenly the storm stopped and a rainbow appeared in the sky.

Boberg returned home, opened his window and saw the beautiful view of sea and meadows and heard the thrush singing in the woods. This inspired his poem

Hine translated the poem, added some verses, and composed the music.

(This version of how Hine came to compose the hymn differs from the one on Burnham Town Site.)

Based on research by pat Nicholls

One of the verses Hine added was the current third verse:

And when I think that God, His Son not sparing,
Sent Him to die, I scarce can take it in;
That on the Cross, my burden gladly bearing,
He bled and died to take away my sin.

Michael Ireland explains the origin of this original verse written by Hine:

It was typical of the Hines to ask if there were any Christians in the villages they visited. In one case, they found out that the only Christians that their host knew about were a man named Dmitri and his wife Lyudmila. Dmitri’s wife knew how to read — evidently a fairly rare thing at that time and in that place. She taught herself how to read because a Russian soldier had left a Bible behind several years earlier, and she started slowly learning by reading that Bible. When the Hines arrived in the village and approached Dmitri’s house, they heard a strange and wonderful sound: Dmitri’s wife was reading from the gospel of John about the crucifixion of Christ to a houseful of guests, and those visitors were in the very act of repenting. In Ukraine (as I know first hand!), this act of repenting is done very much out loud. So the Hines heard people calling out to God, saying how unbelievable it was that Christ would die for their own sins, and praising Him for His love and mercy. They just couldn’t barge in and disrupt this obvious work of the Holy Spirit, so they stayed outside and listened. Stuart wrote down the phrases he heard the Repenters use, and (even though this was all in Russian), it became the third verse that we know today: “And when I think that God, His Son not sparing, Sent Him to die, I scarce can take it in.”

The fourth verse was another innovation of Stuart Hine, which was added after the Second World War. His concern for the exiled Polish community in Britain, who were anxious to return home, provided part of the inspiration for Hine’s final verse. Hine and David Griffiths visited a camp in Sussex, England, in 1948 where displaced Russians were being held, but where only two were professing Christians. The testimony of one of these refugees and his anticipation of the second coming of Christ inspired Hine to write the fourth stanza of his English version of the hymn. According to Ireland:

One man to whom they were ministering told them an amazing story: he had been separated from his wife at the very end of the war, and had not seen her since. At the time they were separated, his wife was a Christian, but he was not, but he had since been converted. His deep desire was to find his wife so they could at last share their faith together. But he told the Hines that he did not think he would ever see his wife on earth again. Instead he was longing for the day when they would meet in heaven, and could share in the Life Eternal there. These words again inspired Hine, and they became the basis for his fourth and final verse to ‘How Great Thou Art’: “When Christ shall come with shout of acclamation to take me home, what joy shall fill my heart. Then we shall bow in humble adoration and there proclaim, My God How Great Thou Art!”

In 1948 Hine finished composing the final verse. Hine finalised his English translation in 1949