What is now known as Victoria St was being commercially developed during the early years of Queen Victoria’s reign. The Victoria Hotel was part of this. The advert below was found amongst clippings in the Dupuis Diaries and is from some time between 1886 and  1899.

The next picture is from Glyn Luxon’s collection and is taken at the front entrance in the early days. What appears to be an arch is probably part of the picture frame. The names of those pictured are not known but the group appears to include some local dignitaries (at left). It has the air of a picture of a saloon in the  wild west.

Next a more recent picture, probably from the 1960’s. 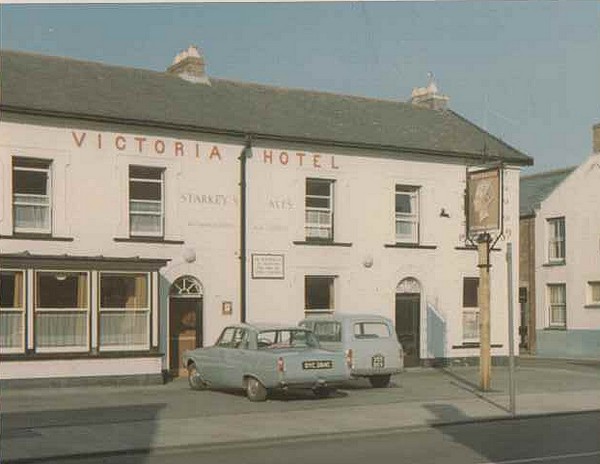 The sign visible in the above picture was later changed for the  double sided one  below. This was itself replaced in the early 21st century. 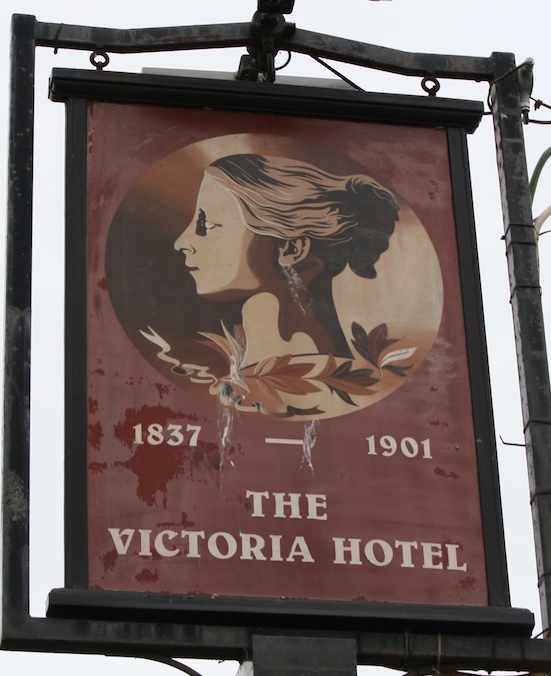 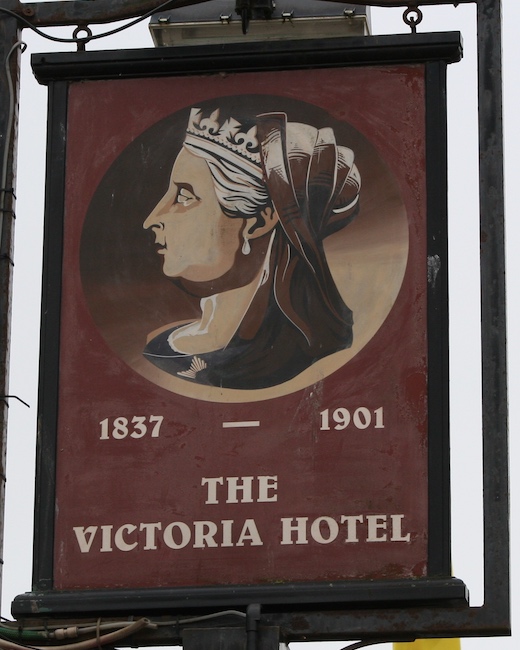