Kenneth Henry Baily was born in Burnham on 8th August 1911. His parents were Horace Henry Baily of Glastonbury and Amy May Baily (nee Palmer) of Burnham or Berrow. His father was listed in the census as a  manufacturer of sheepskin and athletic goods (evidently boxing gloves). They lived in a property called ‘Pandora’ on Stoddens Rd.

Ken lived for most of his life in Bournemouth. He became nationally known as the self-appointed cheerleader for England’s football and rugby teams. During the 1966 he was popularly accorded the title ‘World Cup Willie’, from the name of the tournament mascot. His trademark outfit was a ‘John Bull’ costume. He even had a Subbuteo football figure made in his honour. 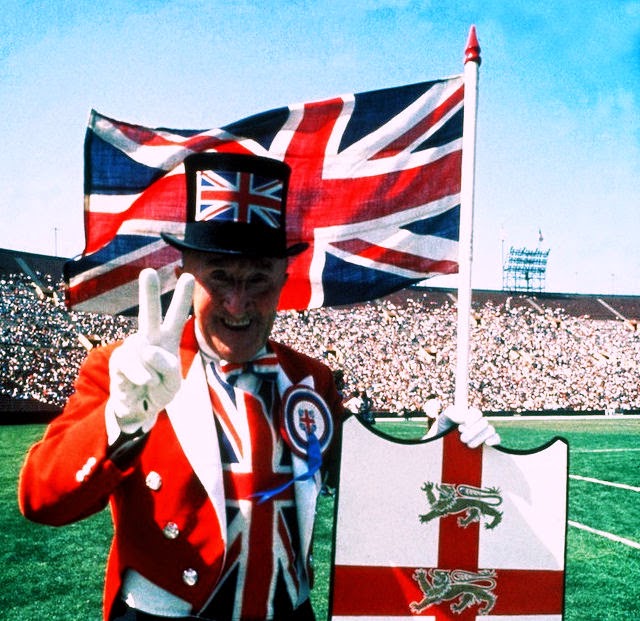 He was a keen runner and swimmer. In 1939 he joined other runners to stage a non-stop relay on the deck of S.S. Bremen as it sailed across the Atlantic. They carried a torch and a message for President Roosevelt to request his support should Britain declare war on Germany. The feat was recorded in the Guiness Book of Records.

It appears from the newspaper clipping below that Ken had a practice run for this in 1937:

In 1948 he was one of the torch bearers for the London Olympic Games.

Ken was also a fervent supporter of the British monarchy and often appeared as an informal supporter at their official engagements, including in Sydney, Australia.  He worked as a clerical assistant at the Bournemouth Telephone Exchange but funded his activities by way of an inheritance.

He involved himself in the Bournemouth Regatta for many years, running with a flaming torch along the promenade at the opening, and also with the annual illuminations in the Lower gardens, handing out firelighters to visiting children.

With all of this to attend to he still found time to regularly participate as a masquerader in the Burnham Carnival. Below he is seen in Victoria St. He has exchanged his Union Flag for a Stars and Stripes but it is not clear what exactly he is representing. 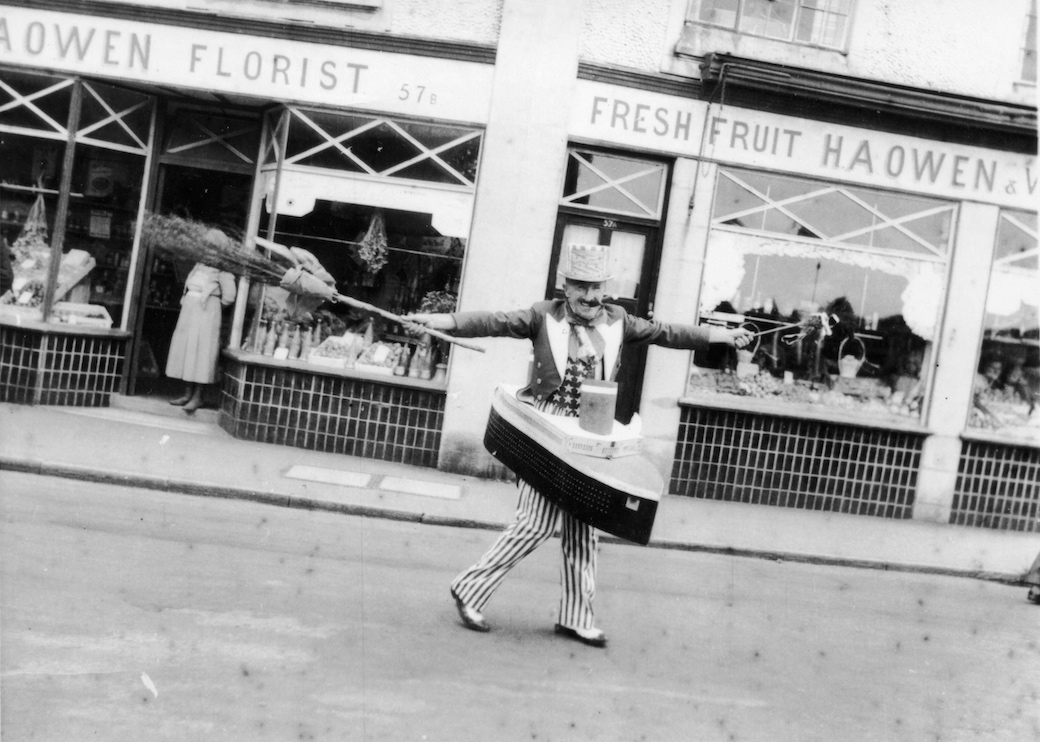 Ken’s Carnival connections were remembered for a time by a presentation cup:

Below are Ken’s recollections of his visits to Burnham as recorded by the Burnham Archaeological and Natural History Society. 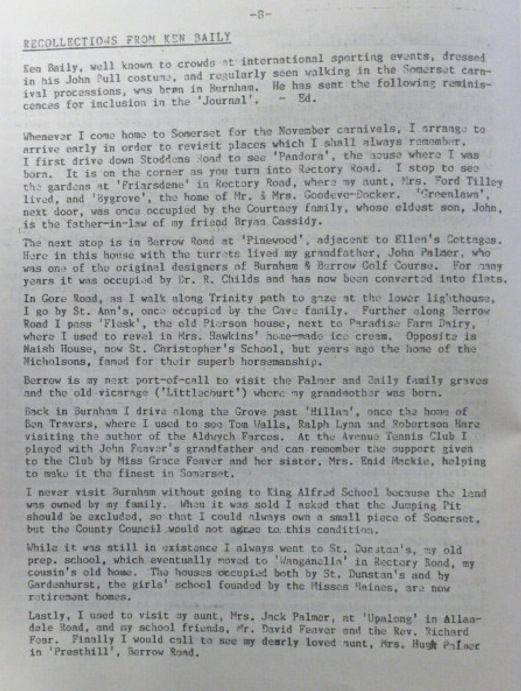 By the 1982 World Cup it seems that Ken’s services were no longer welcome:

Ken died in a Bournemouth nursing home on 10th December 1993.