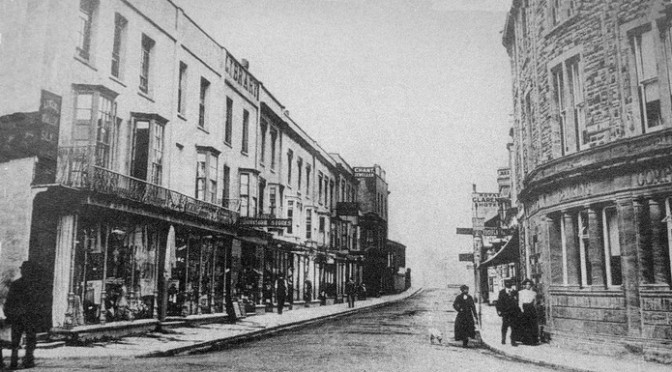 Follow the link below for a ‘map’ of premises in the street.

Regent St. was  developed on the causeway which originally  extended west from the site of the  Mason’s Arms (on what became Victoria St), to serve the  Royal Clarence Hotel. The entrance to The Clarence was from this street (The coach entrance archway can still be seen) as there was then no vehicular access across the dunes from the seaward side. The passageway between the east end of the street and the Masons Arms was widened to become a northward extension of Alfred Street (High Street) when the Lifeboat Temperance Cafe was built. 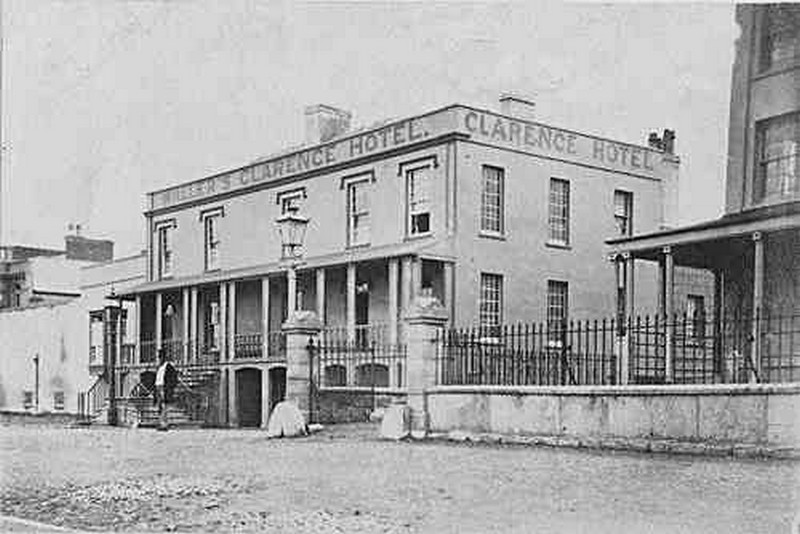 Below are two views of Ernest Tucker’s department store (drapery, millinery, grocery, wines & spirits, which extended around the corner into Alfred St (High St) during there early years of the 20th century. It was replaced by International Tea Co (International stores) around 1929. In the second the Lifeboat Restuarant can be seen. 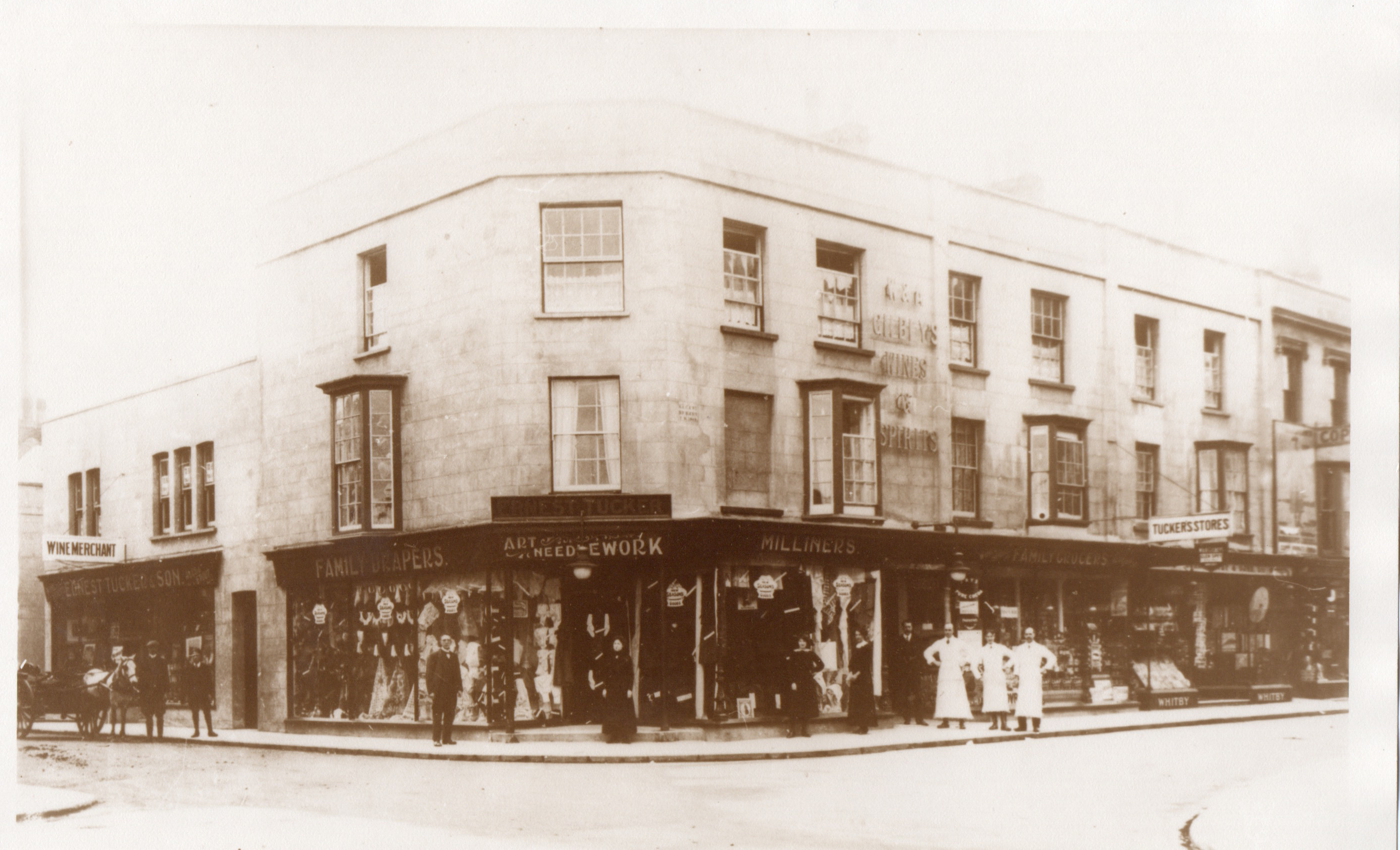 John Tucker’s had previously been at an address further up the street. Advert below from Mate’s Guide 1903. 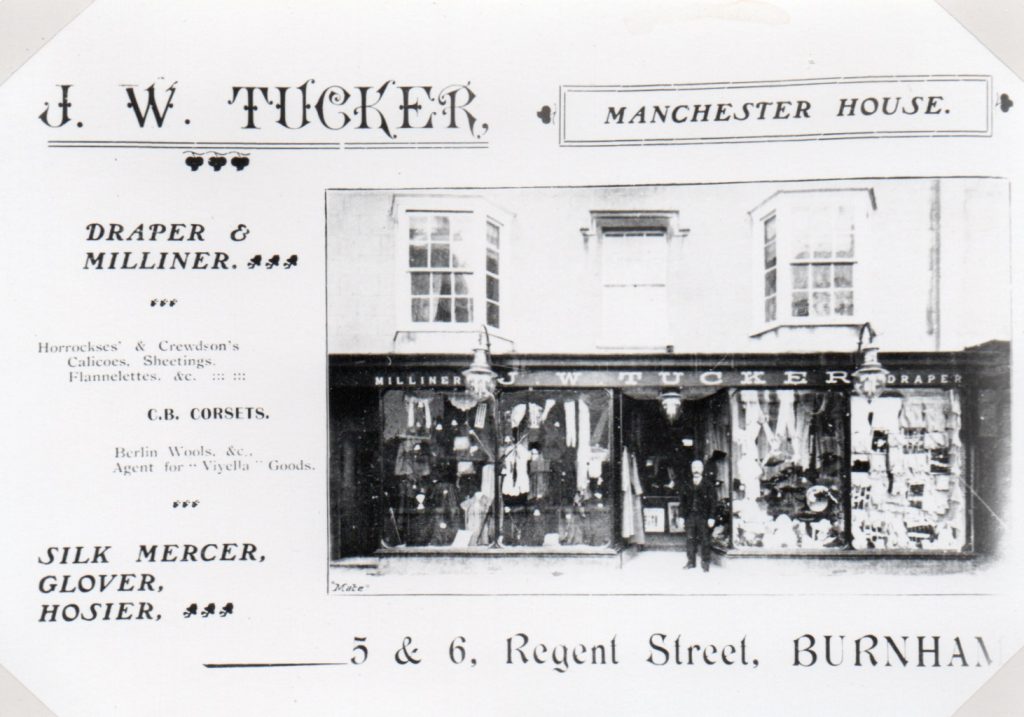 On the opposite corner with Victoria St is an imposing Victorian building (‘Clarence Buildings’) which looks every inch as if created as a bank. However recent discoveries show that it was originally  Horrill’s Grocers (1888), and is not recorded as a bank until the 1891 census (Stuckey’s) by which time Horrill’s had moved further up the street. 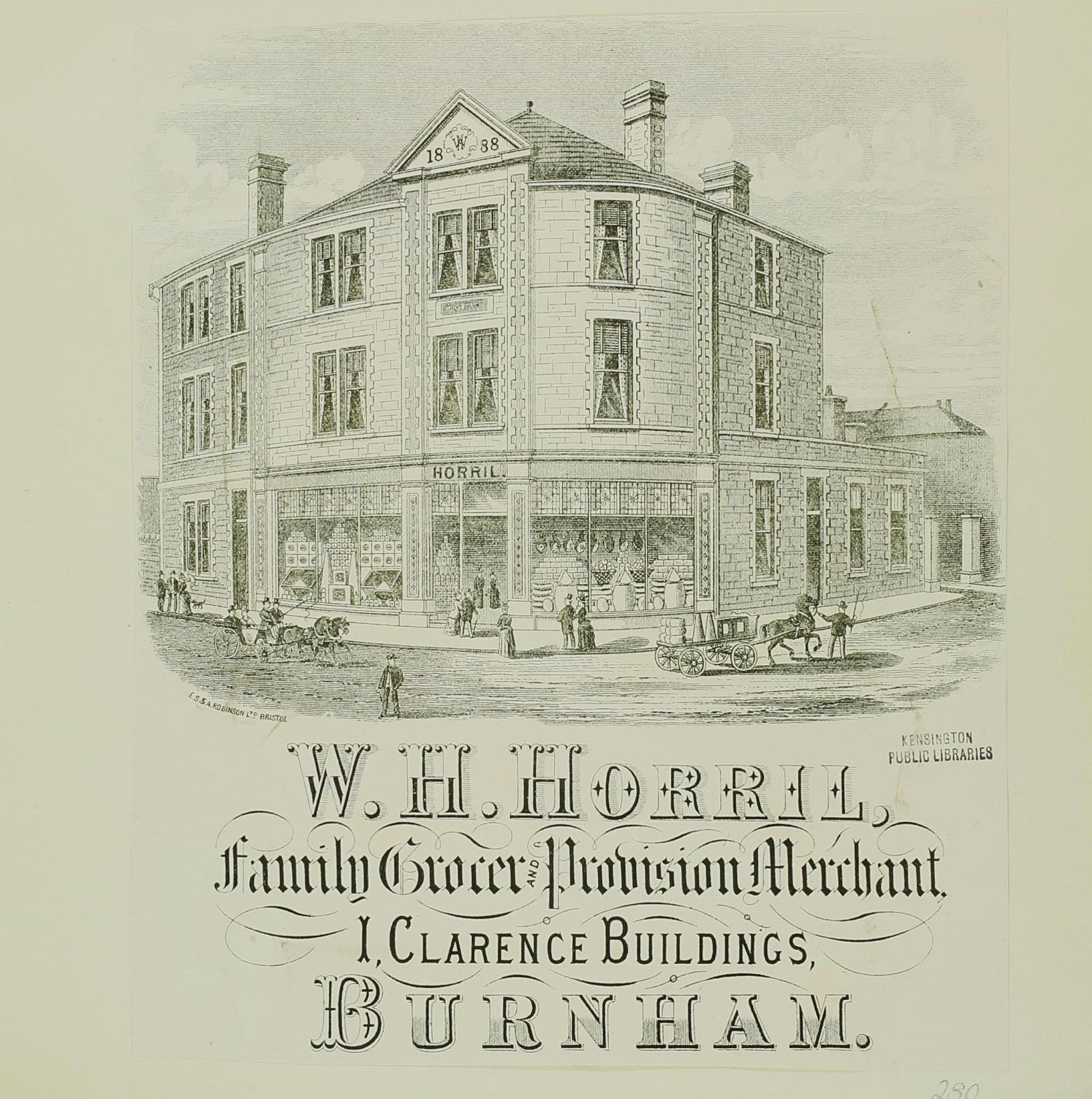 It later became Parr’s Bank and then Westminster and finally National Westminster until its closure a few years ago. At some point the handsome pediment has been removed.

Other commercial premises in the street around the turn of the 20th century included: 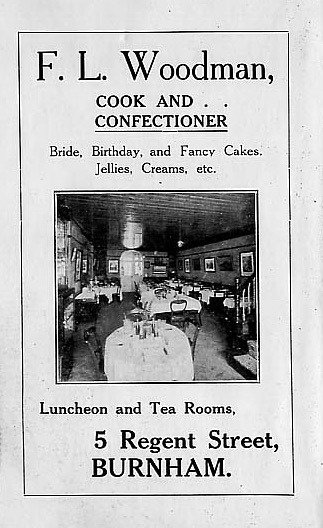 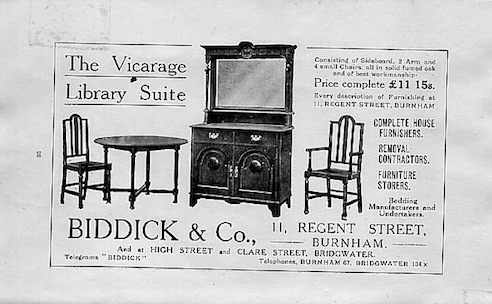 Advertisements above from Burnham on Sea Golf Handbook, probably 1910’s

The picture below is probably of the George V coronation celebration. The front of  what is either at this time Tucker’s Motors and Cycles or Rogers’ Motor Engineering is visible at left and beyond it the Burnham Institute. 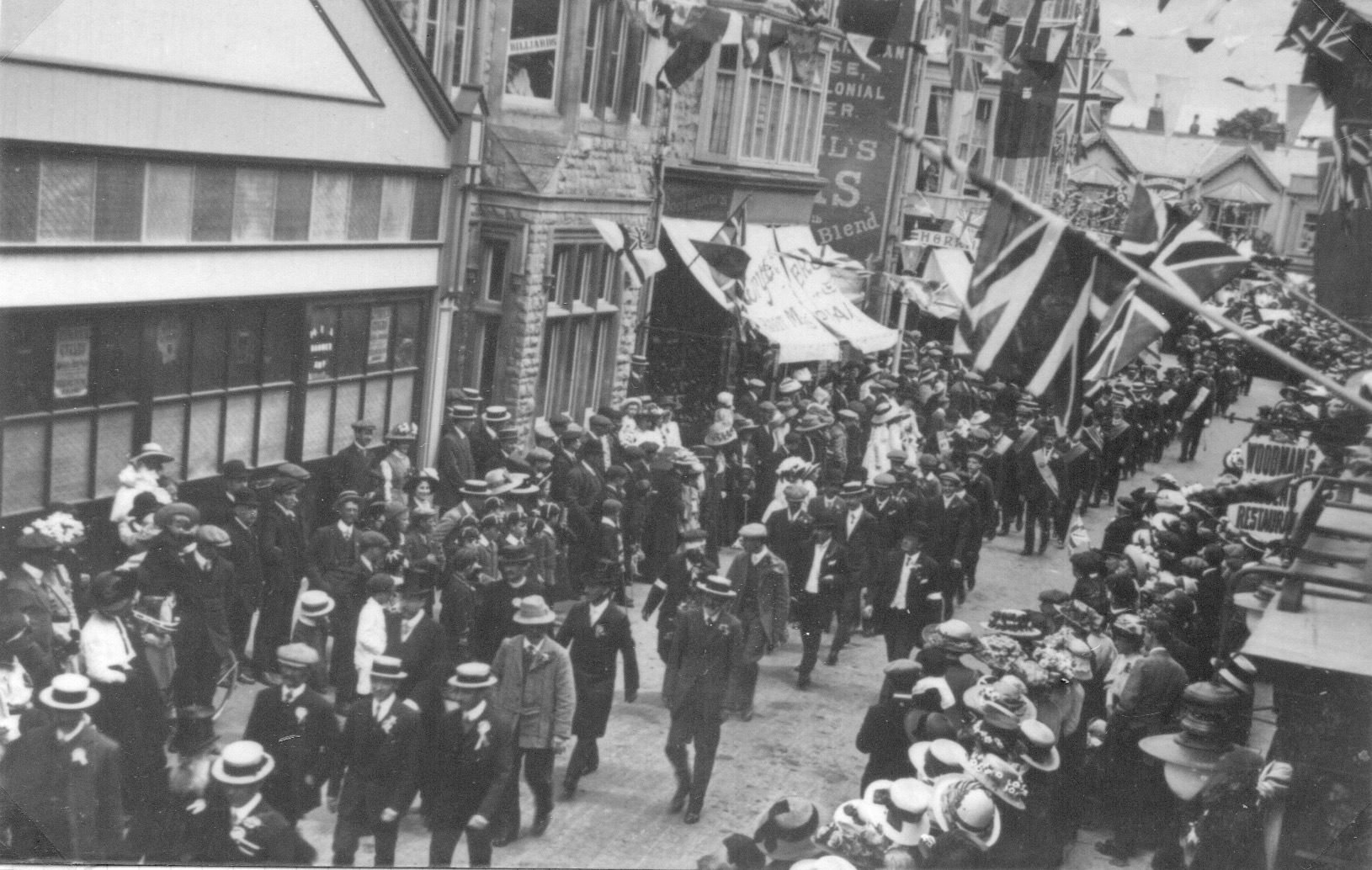 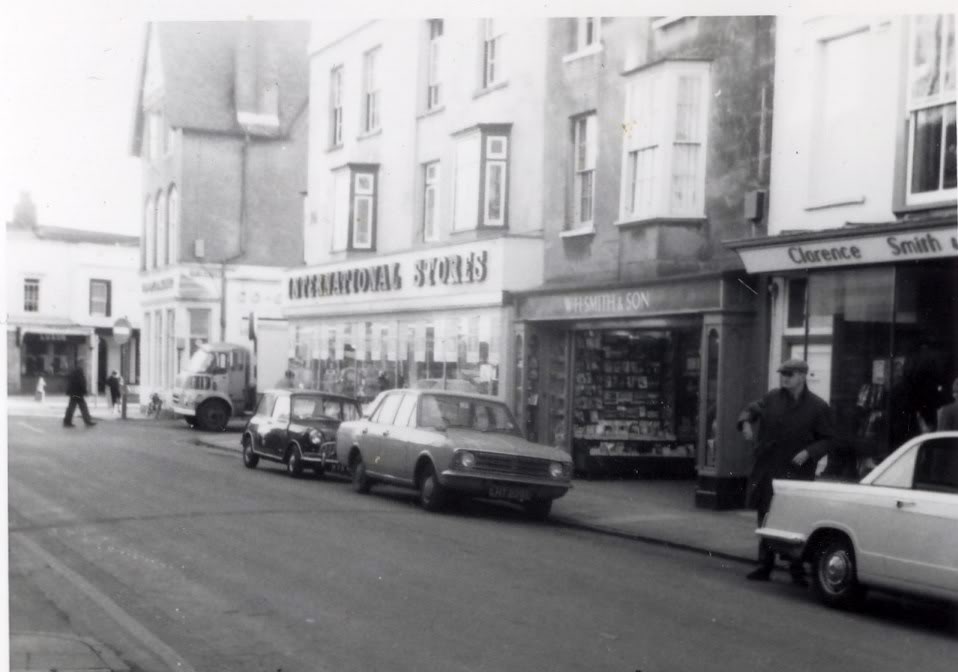 The picture above, possibly from the 1970’s, shows the International Supermarket and W.H. Smiths. If this is compared with the picture at the head of the page it can be seen that the building has been truncated (note upstairs windows), probably when Alfred St was extended.