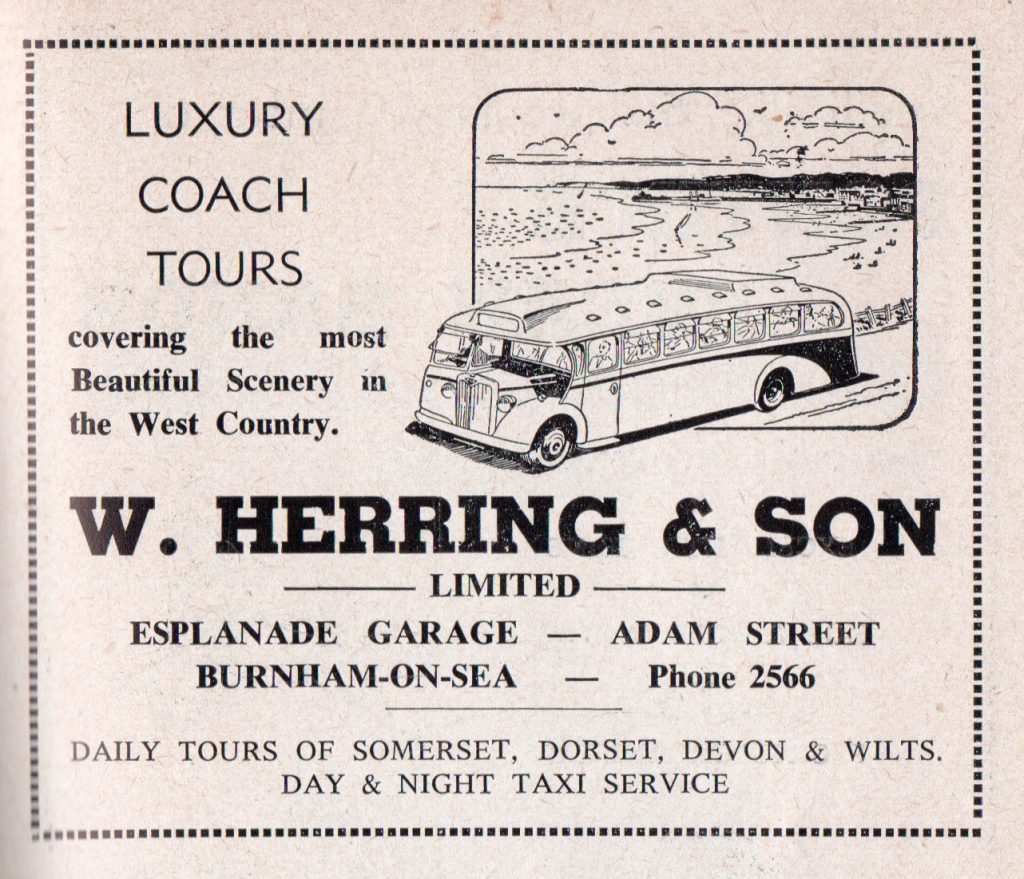 Herrings was based on Adam St just round the corner from the Esplanade in the building now occupied by Proper Job.

The office of the Western Engineering and Motor Coach Services  was situated on The Esplanade in the building now occupied by Ye Olde Sweete Shoppe and the Ice Cream Parlour. The Coach station stood back on land to  the rear of the Showboat amusement arcade. The  Ice Cream and Fudge shop was built on the Esplanade access to it. It could also be accessed from the entry between The Reeds Arms and the Old Pier Tavern on Pier St, which was probably once the reeds Arms Coach yard. 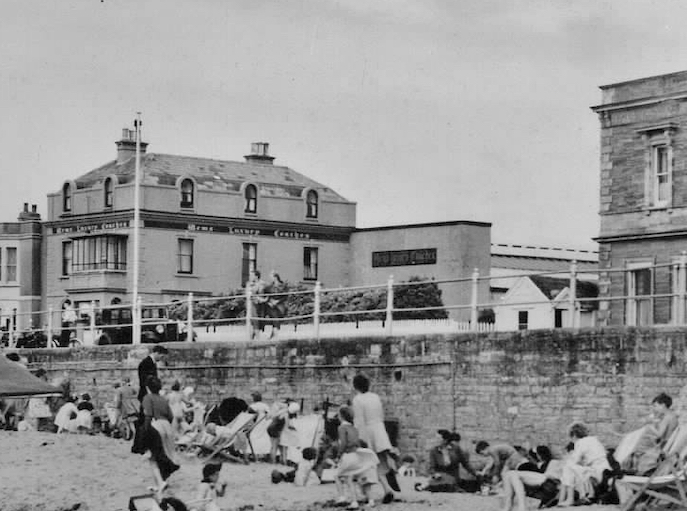 Wems was bought out by Bakers Coaches of Weston in November 1981. Bakers later merged with the travel firm Dolphin Travel in 1984 to make the Bakers Dolphin we know today. Part of Wems old workshop is still there in the form of Diamond Garage at the top of South Street. This company was owned by Nick Walters  until he died in Jan 2019. 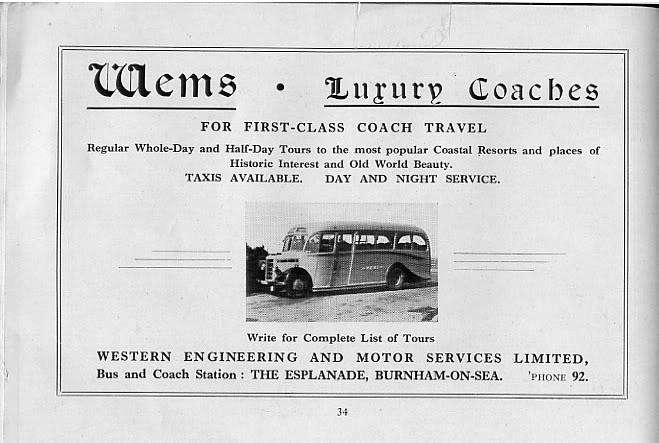 Advert from a Burnham Guide of the 1940’s

Below is a photo of a WEMS ‘observation coach’ but the location is not given. 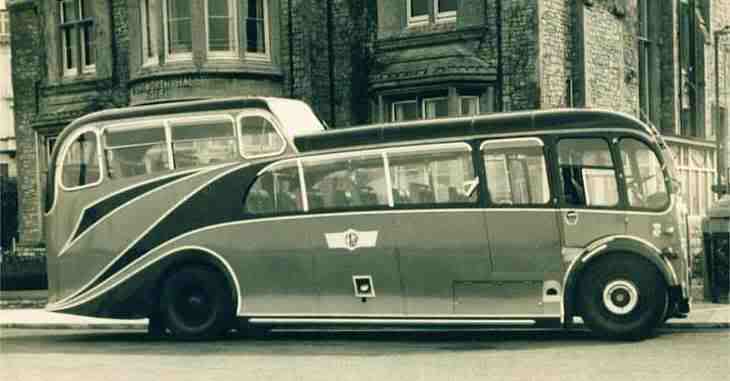 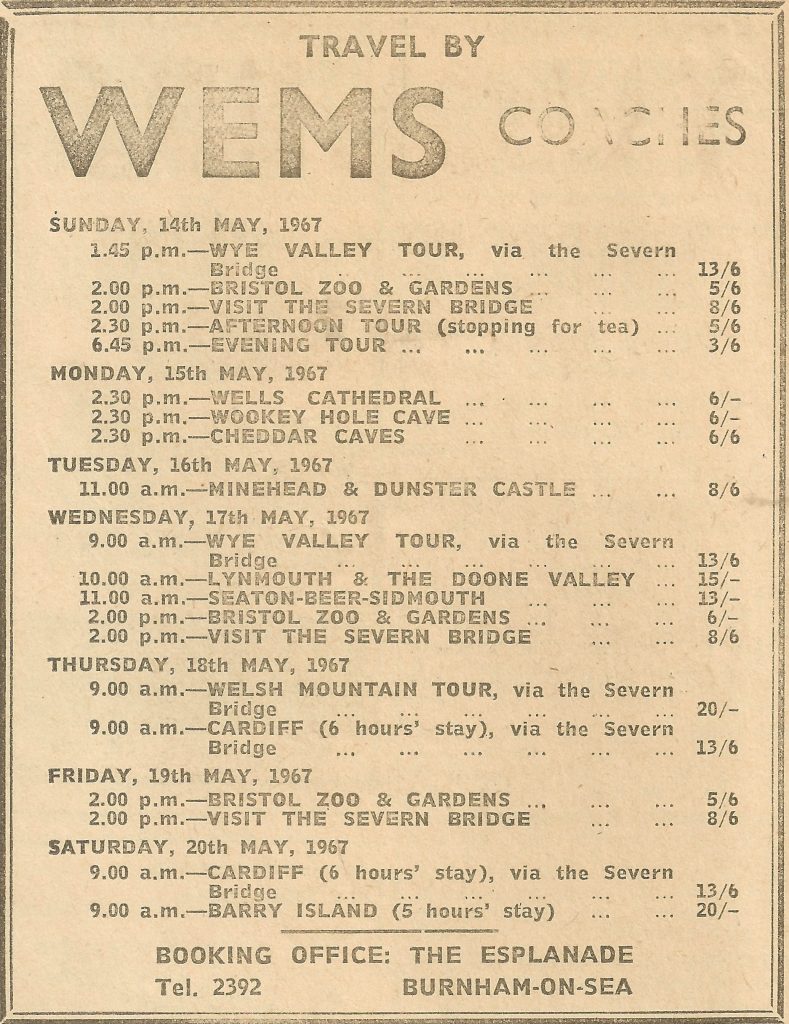 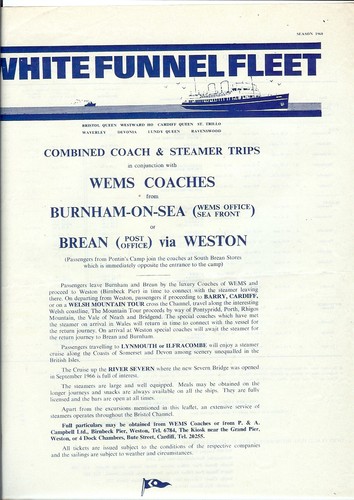 Gratton’s occupied the Oxford St /  Love Lane corner , now Burnham Funeral Services, from World War I. They operated as furniture dealers as well as a motor coach company. They may also have occupied part of the site now occupied by the Love Lane service station. 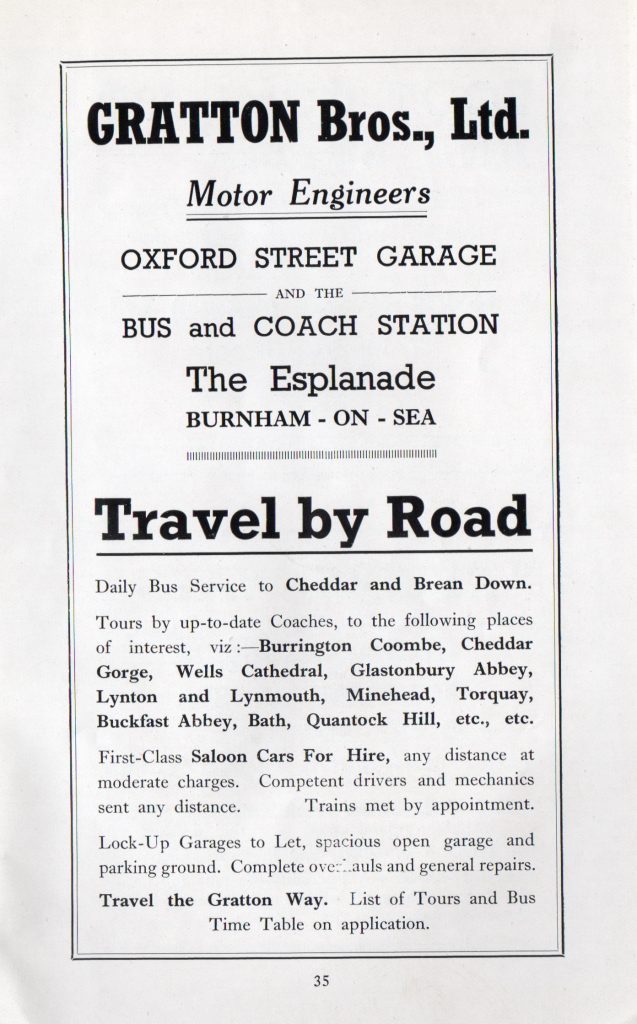 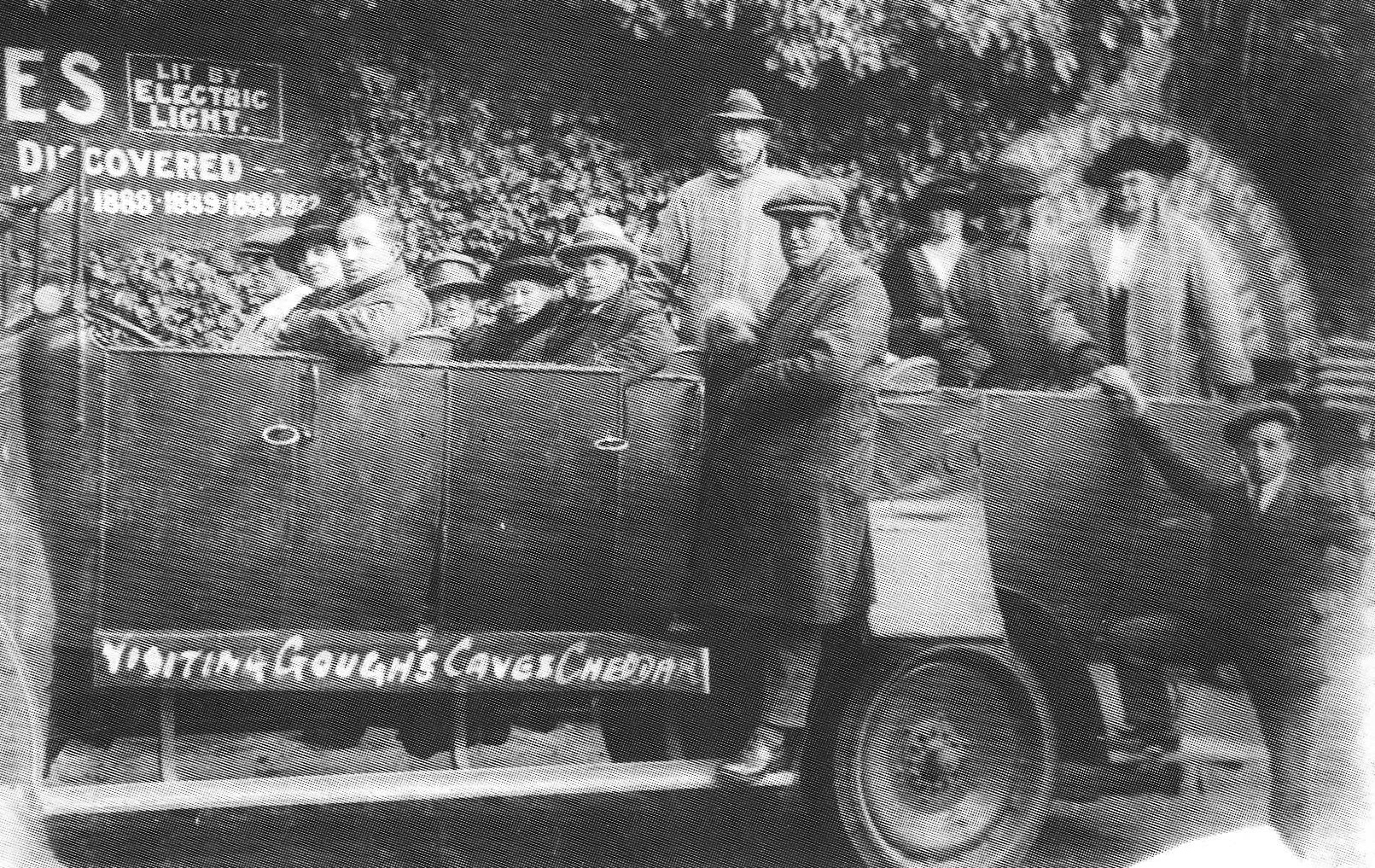