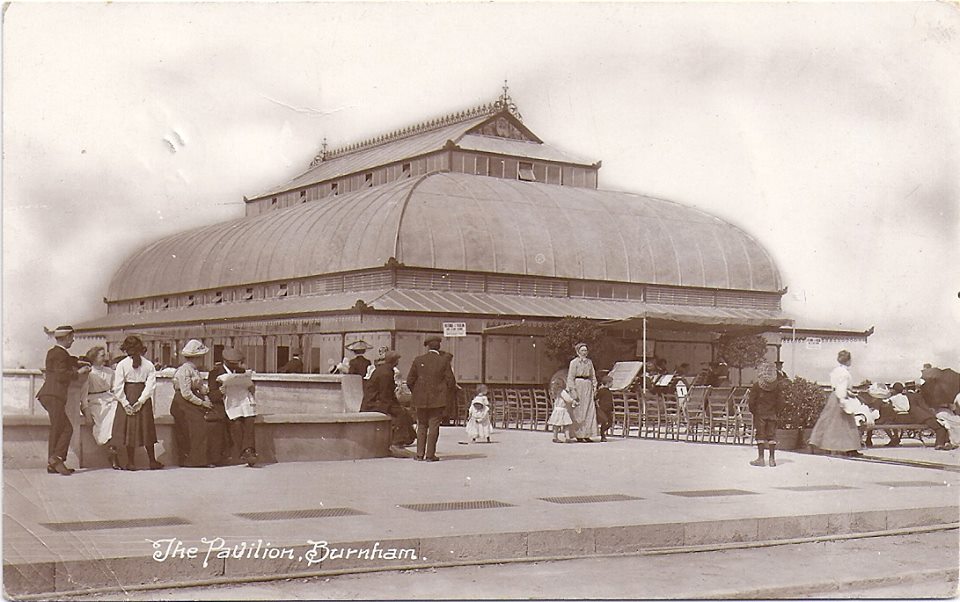 Examination of  microfilm records for 1911 shows that the Pavilion was both started and completed and in use in 1911, This is without question:

TIMELINE FOR THE CONSTRUCTION OF THE PAVILION
00/01/1911  Tenders invited
25/02/1911 Old concrete base (of old bandstand?) blown up. Debris going through old St Andrews School roof, Damage also to The Railway, Baptist Chapel and houses in John Street. Presumably the area had been evacuated.
11/03/1911 Work under way on improvements to sea front at the same time. Numerous complaints about rate of progress and nuisance, disruption by contractors’ stores and equipment along the Esplanade. £100 inducement to contractors to complete by Coronation Day (24/06/1911)
20/05/1911 Patey’s printers offering a postcard of the new Pavilion. Cost 1d.
24/06/1911 Testing of superstructure
01/07/1911 Pavilion was NOT ready for Coronation Day
05/08/1911 Pavilion “now in working order”. Date requested for formal opening.
12/08/1911 Pavilion is already open
26/08/1911 Audiences gather in the Pavilion to see Countess Bekoffska, Lightening Artist (!!?)
16/09/1911 Decision made not to have a formal opening.
So it looks like work was undertaken in February and was ready for use sometime in early August, 1911.
Construction underway: 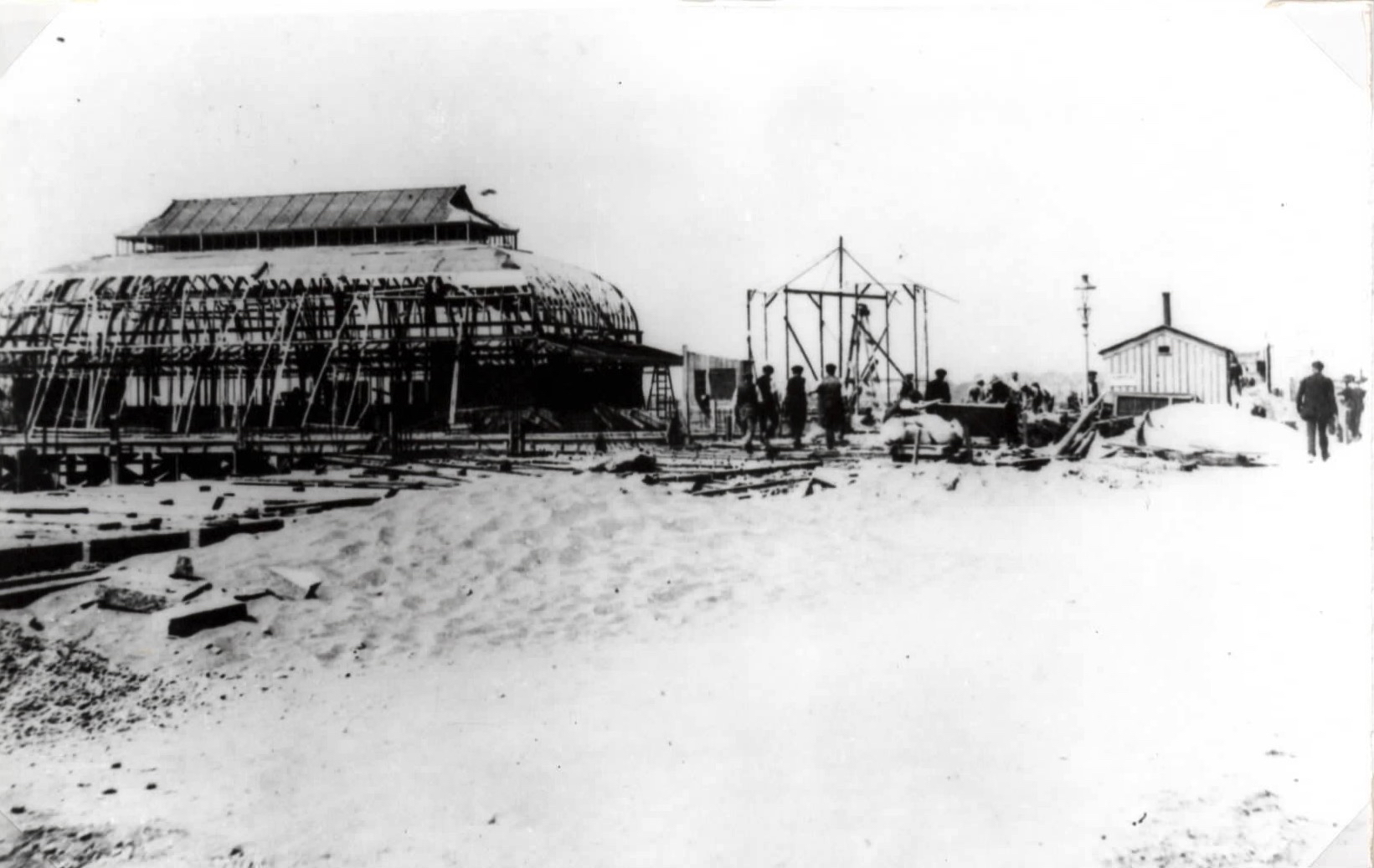 Many locals thought that the huge tides in Bridgwater Bay would soon sweep it into the sea – but they were to be proven wrong. The concrete is extremely strong and is largely made up from granite chippings shipped from Penryn in Cornwall. This same material is used in maintenance work to this day. 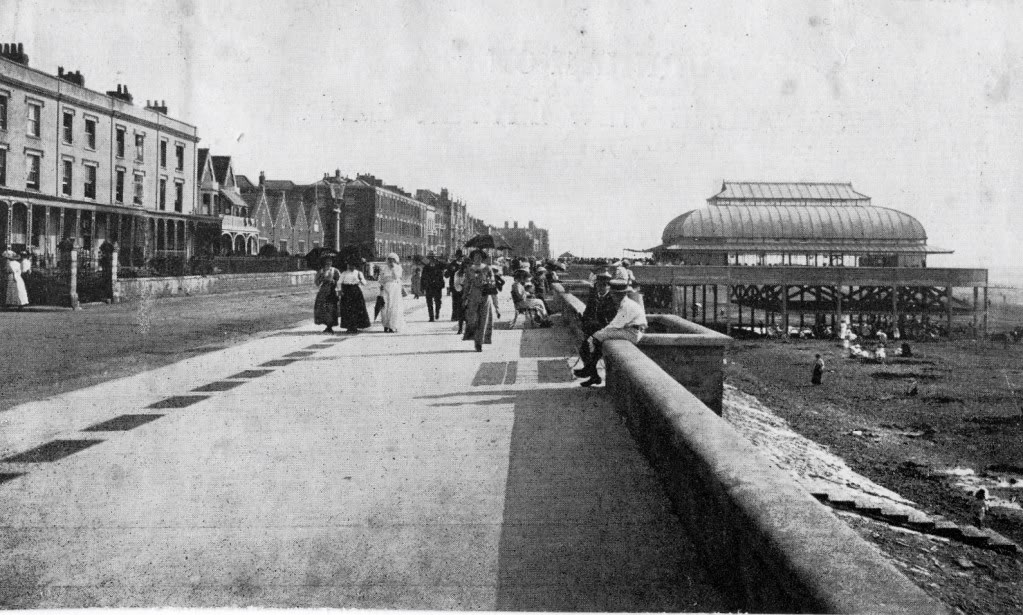 According to the British Heritage Trust, the design of Burnham-On-Sea pier has associations with the famous Bristol engineer Isambard Kingdom Brunel (1806-1859), showing some similarity with the railway stations at Bristol Temple Meads and Bath Spa. 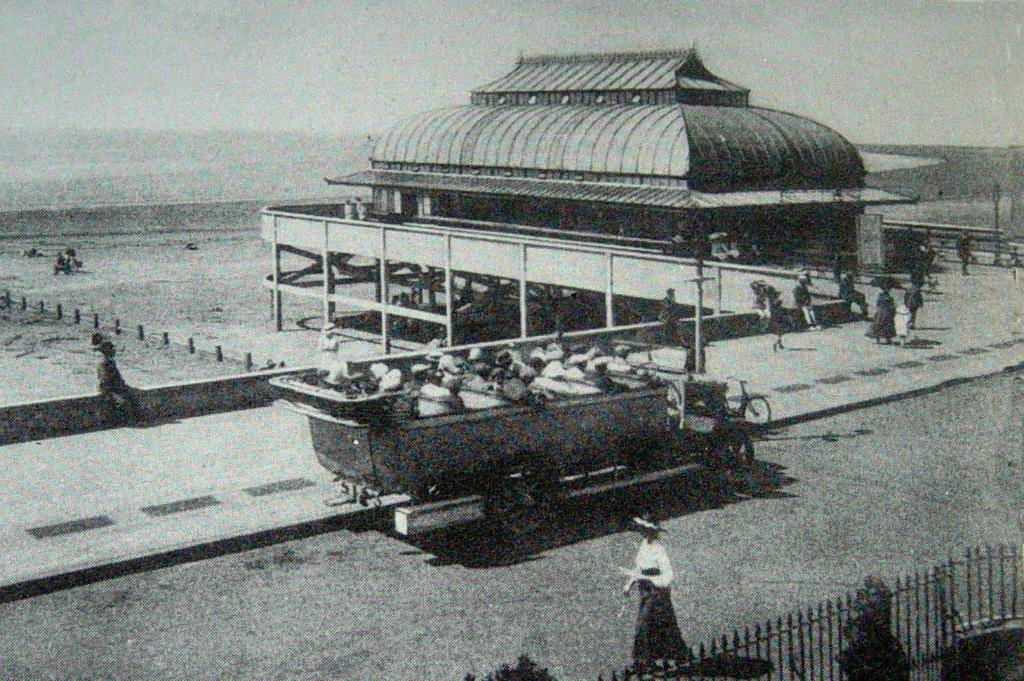 Whether there was any  other intended purpose of the pavilion and why no promenade deck and landing stage ever came to fruition, still remains unknown. Most of the shipping in the area and the pleasure boats used the piers along the coast at Weston-super-Mare or Birnbeck. Some believe it was simply an experiment and was never really designed for any commercial purpose.

The following report appeared in the Burnham Gazette for 10th Aug 1918: 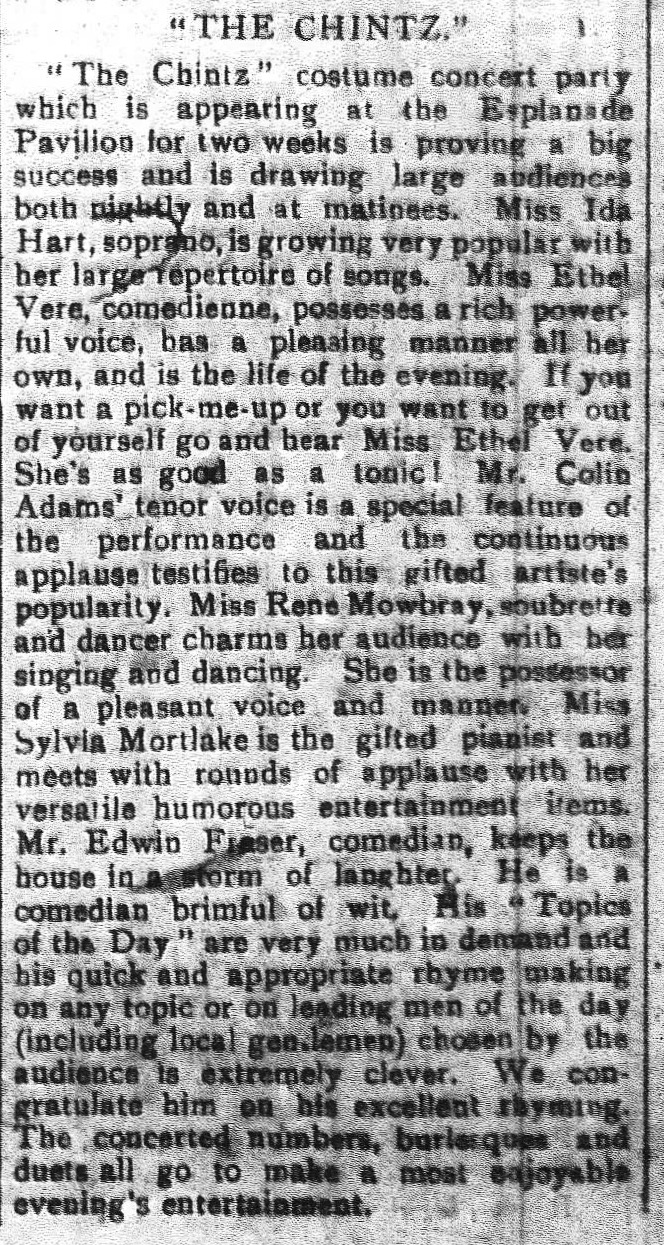 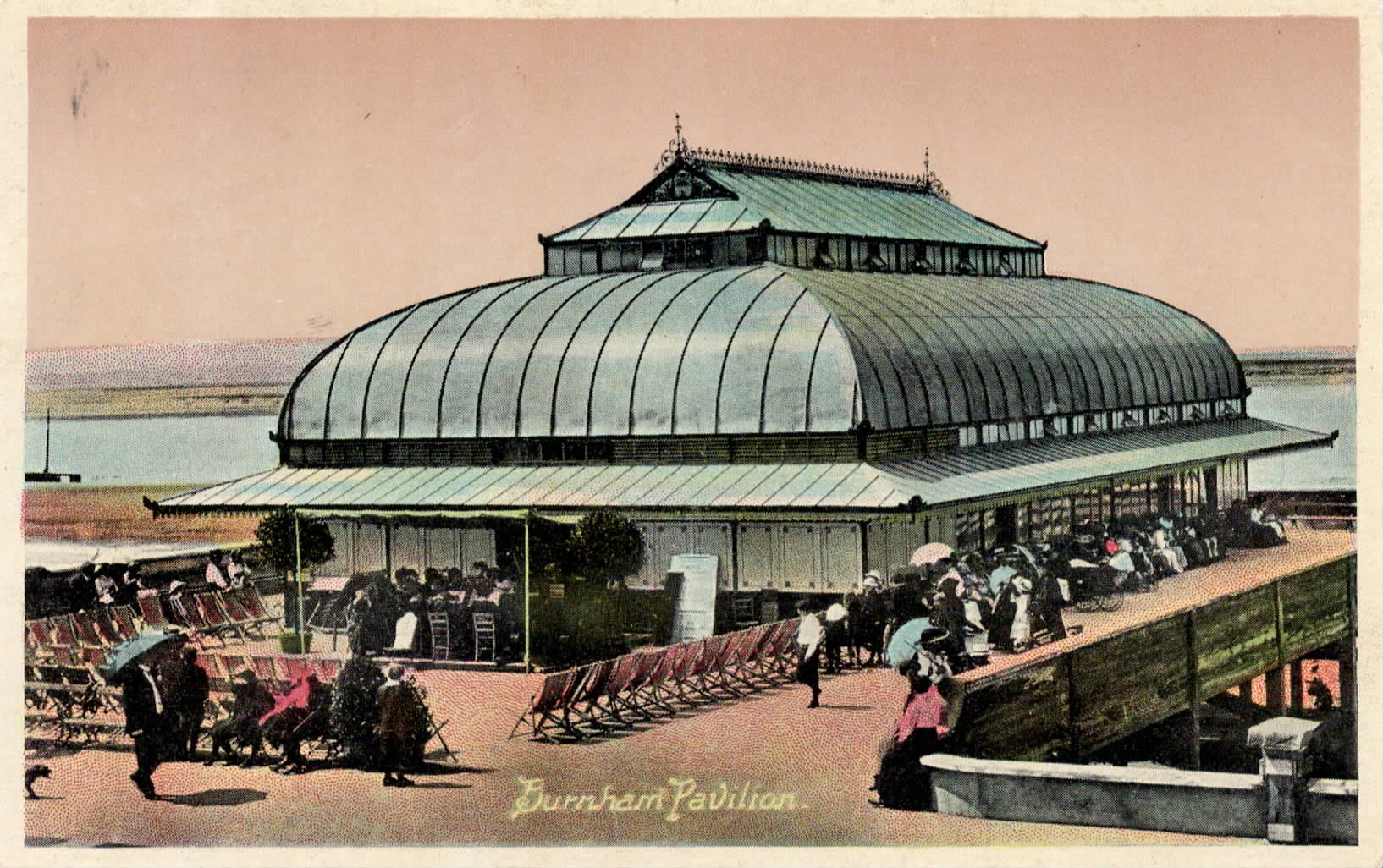 A Burnham on Sea Guide for the 1940’s includes, under ‘Entertainments’ information that  “During the season a Resident Concert Party gives performances nightly at the Esplanade Pavilion. Dancers are catered for by a Resident Dance Orchestra.” 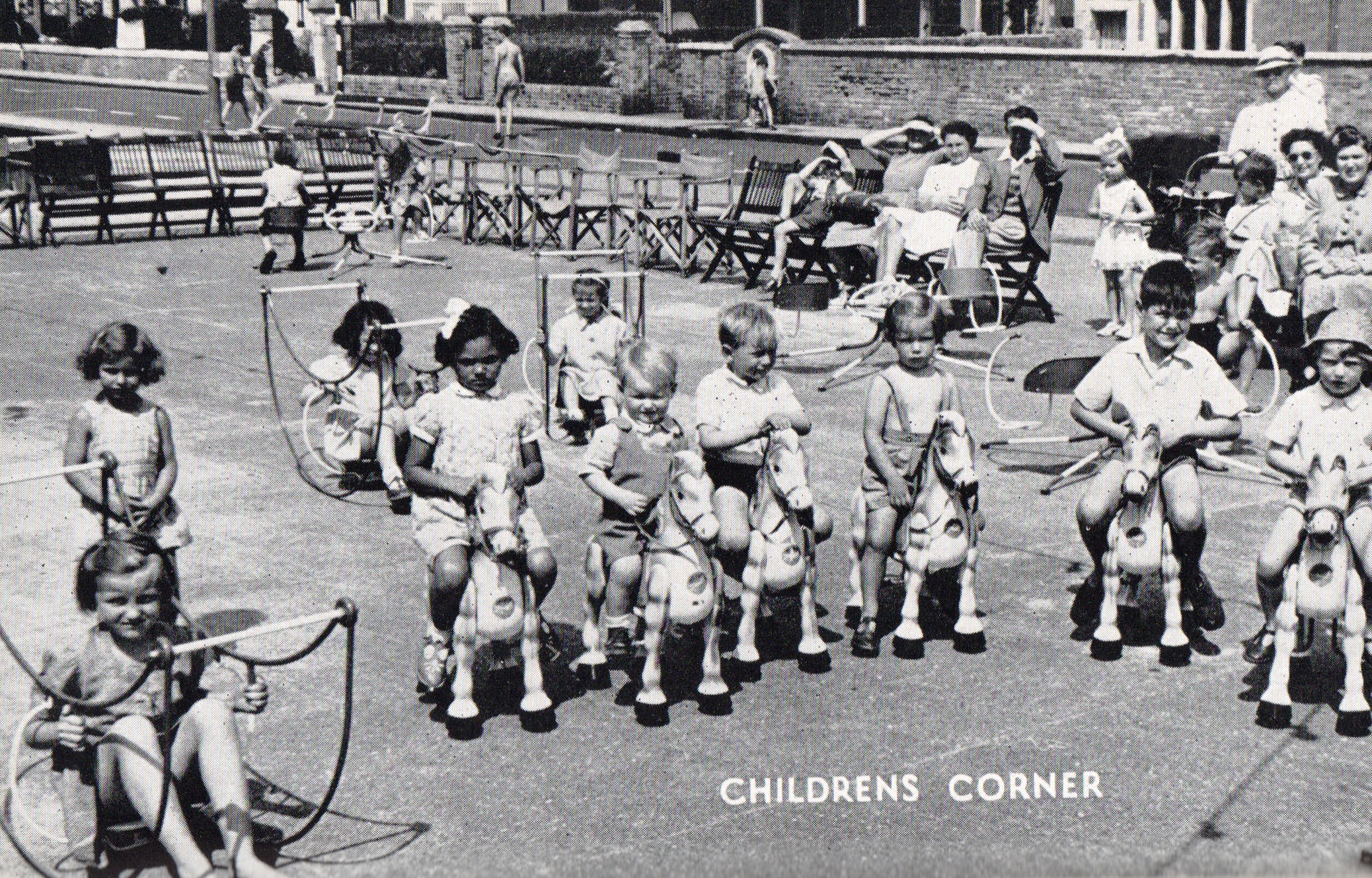 The Guide of 1957 tells us “The Pavilion on the Esplanade in is now used as an indoor ‘Children’s Corner’ with tricycles, roundabouts, motor cars etc. There are also mechanically operated toys. The building is also operated as a public shelter. Around the Pavilion there is usually a mechanically-operated attraction, but this year it will have to depend on the petrol situation” (Rationing due to Suez Crisis).

One of the mechanically-operated attractions: 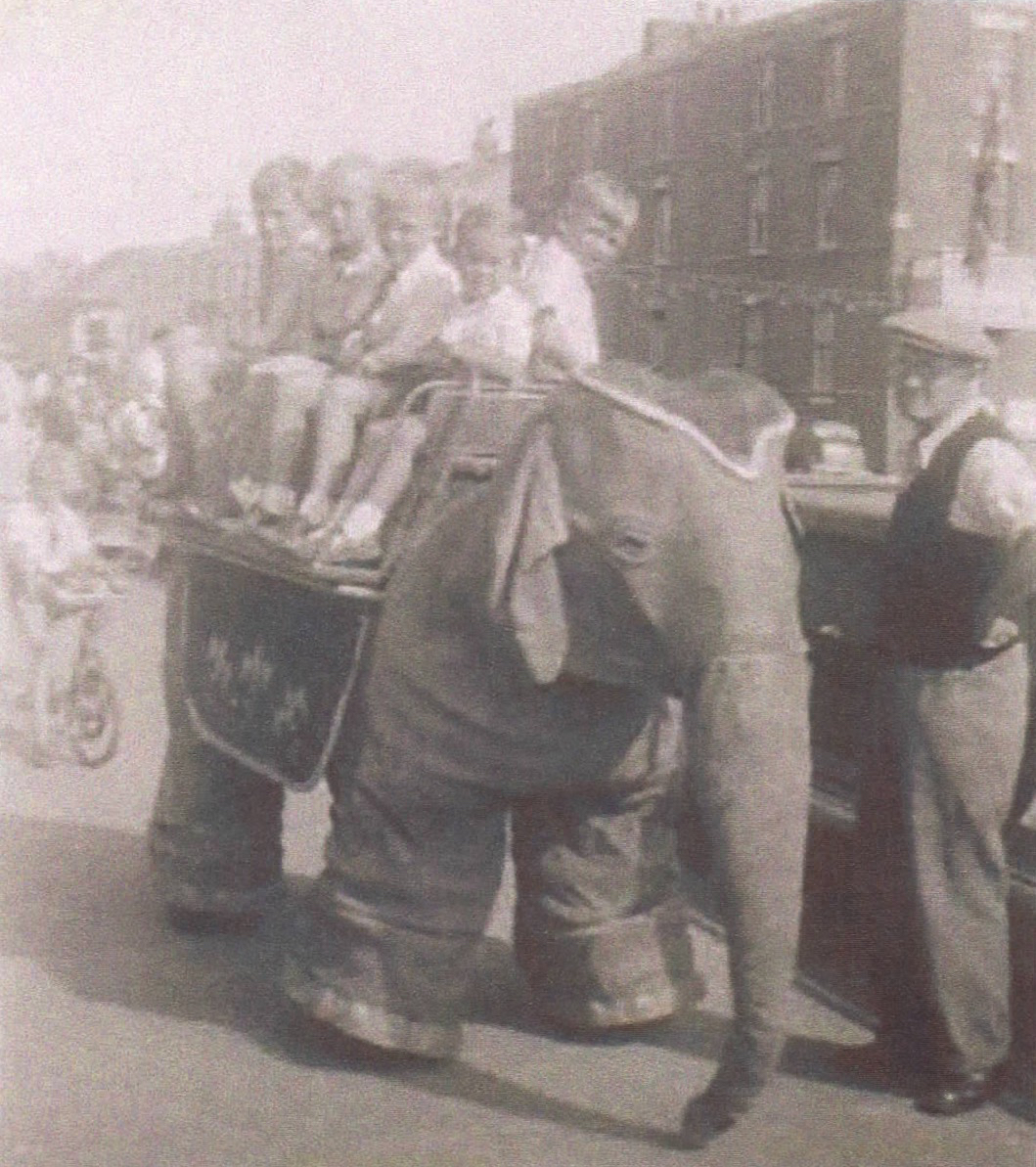 There are also recollections of a swan and possibly a lion, whilst below is another attraction which offered rides along the Esplanade. 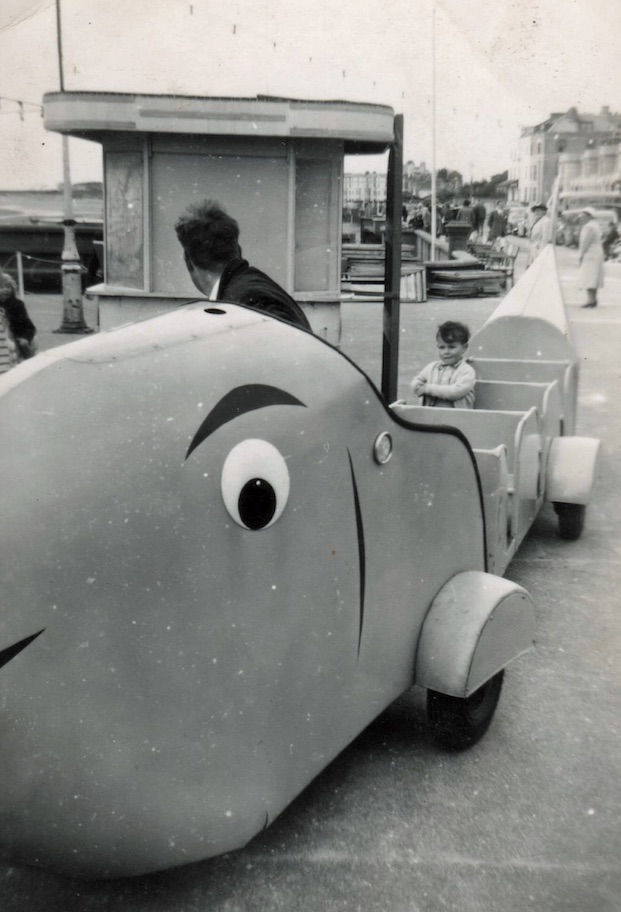 The 1959 guide adds that “Teas and light refreshments re available, also children’s toys. Recorded music is played as a background and during the season special nights are arranged, Old Tyme Dancing, Rock n’ Roll Sessions, Band Concerts etc. There is no charge for admission during the day, but a small charge is sometimes made for evening entertainments.” 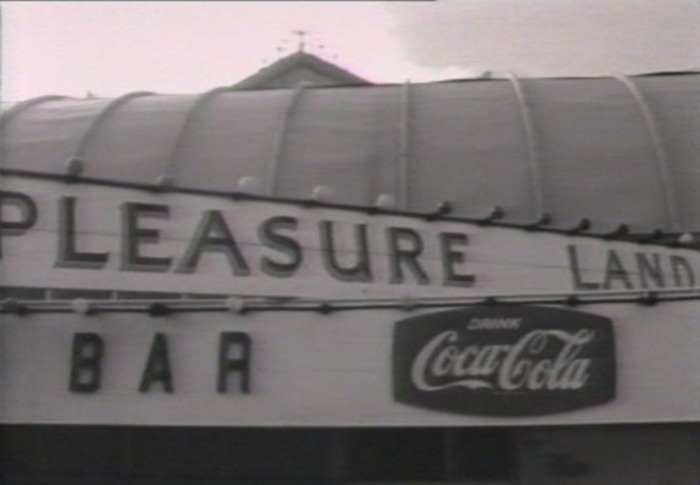 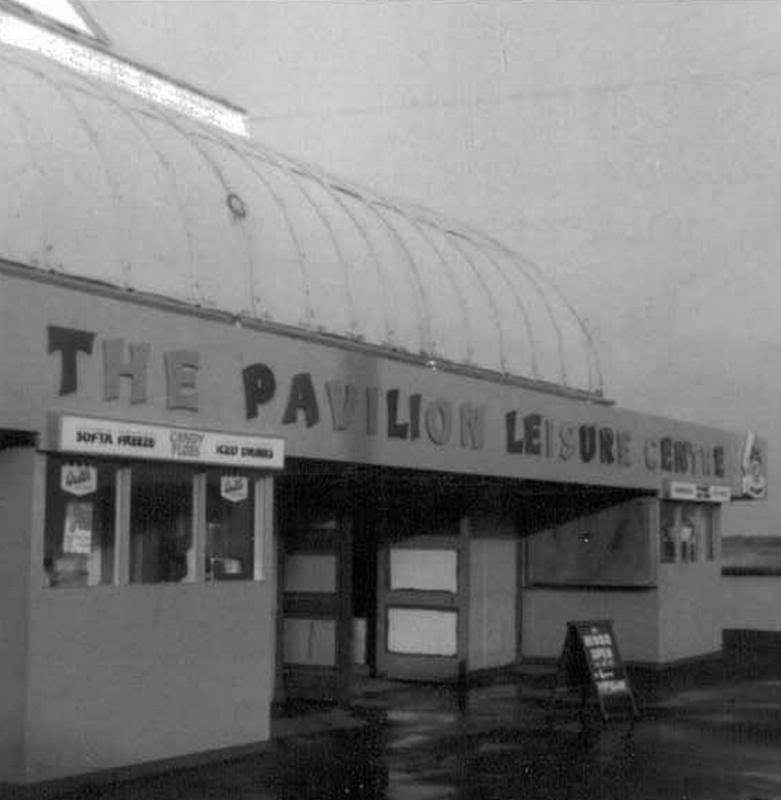 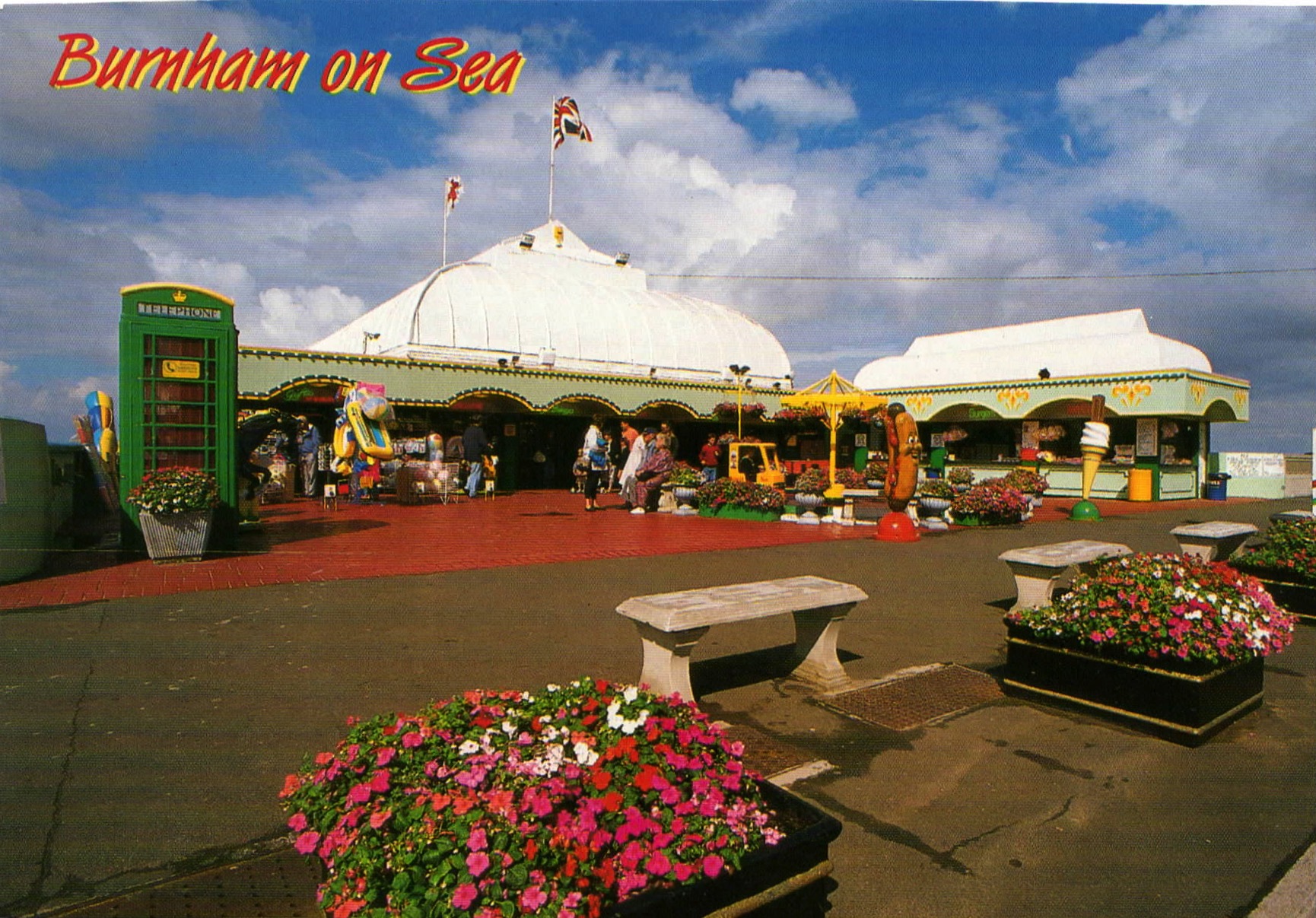 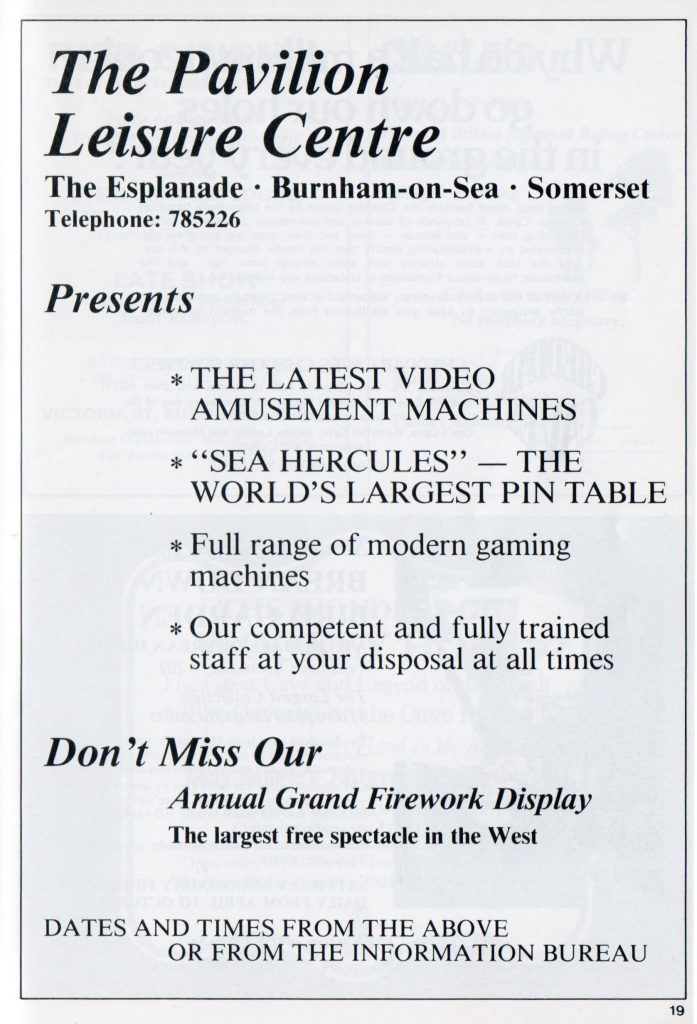 Advert above from Burnham guide 1980, postcard photo from around the same time.

2 thoughts on “The Pavilion Timeline”