90 YEARS OF SUPPLYING IRONMONGERY TO BURNHAM.

Louis Sidney Hauser (1865 – 1947) was founder of the celebrated Hauser’s ironmongery  business to be found at the sign of ‘The Golden Key’ in Alfred St (High St) from 1888 (follow link for more pictures). 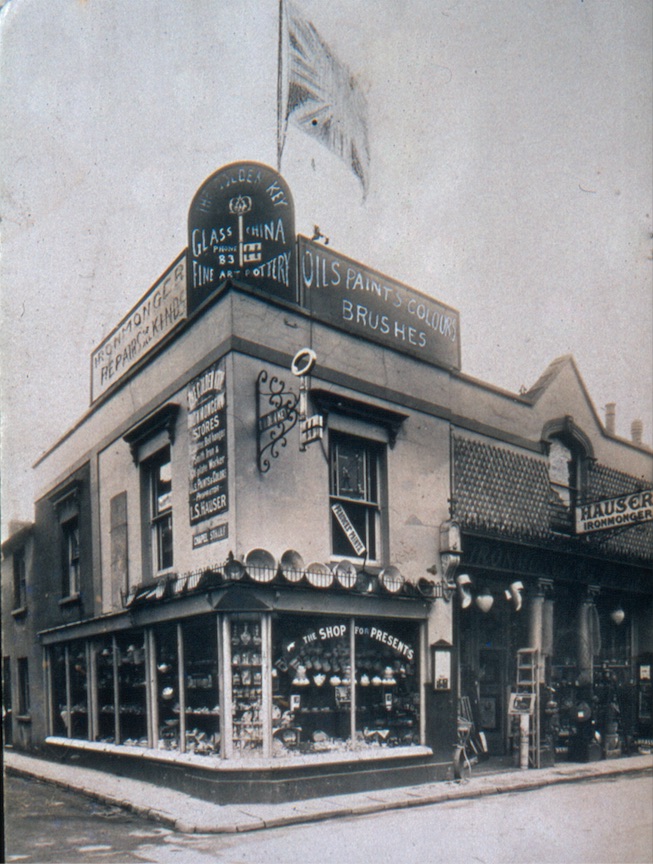 Company records also show that in 1897 they were commissioned to provide commemorative medals for the local children to celebrate Queen Victoria’s Jubilee. 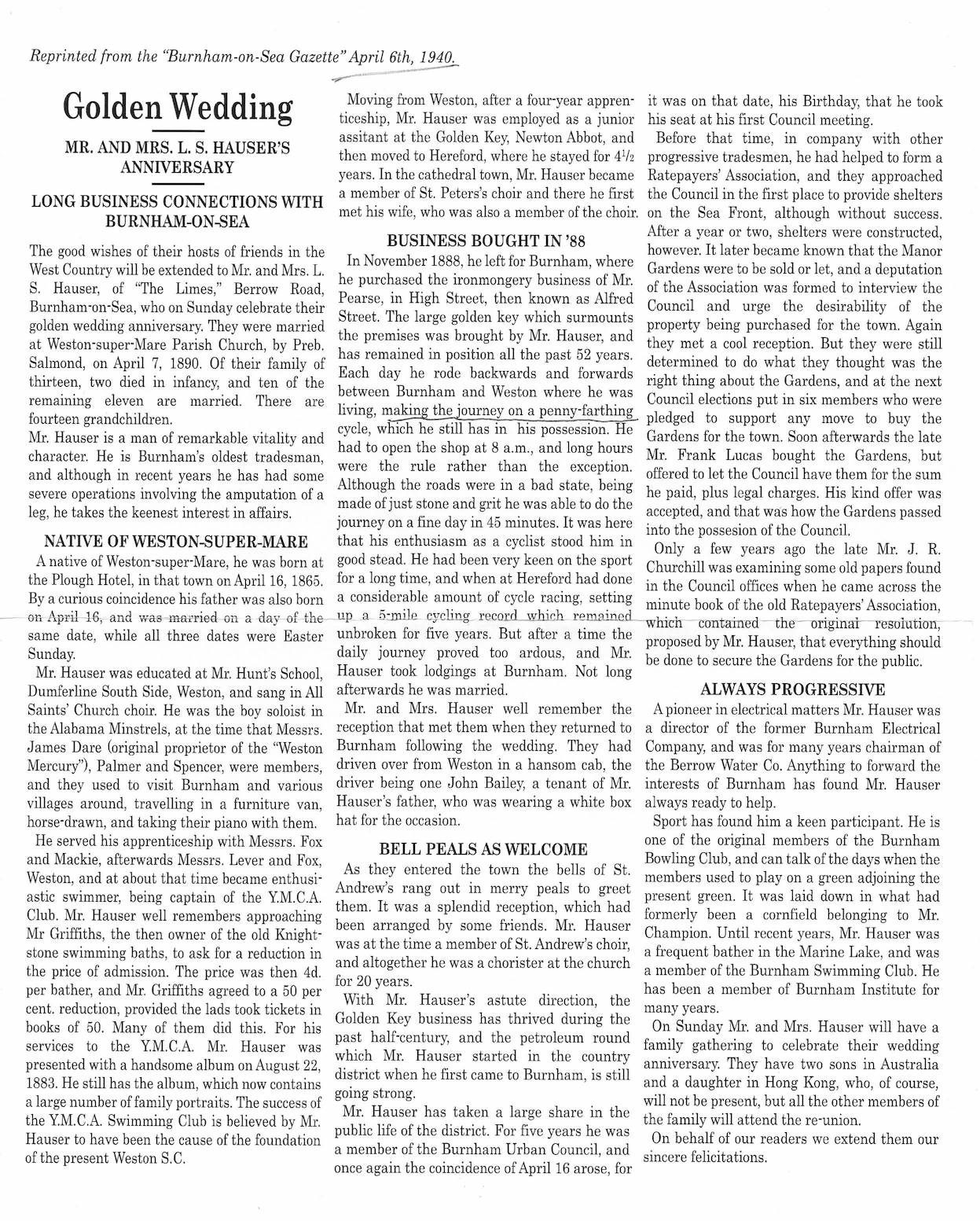 Research by Desmond Parsons has found that Louis Hauser’s father, Francis Louis Hauser, was born in Switzerland in 1819. He married Agnes Harvey from Bovey Tracy, Devon in 1851. They moved to Ireland and had three children. After returning to England, Agnes gave birth to Louis Sidney at Weston in 1865, their eighth child.

Louis died in 1947 at the age of 82 and was succeeded in the business by his son Albert Edward who began work in the business as a lad during World War I, being exempted from school two days a week to help with the oil delivery round.

In 1989 for an article in the Weekly News  Albert recalled the company blacksmiths erecting the railings along the old Esplanade, which were stamped with the Hauser name and were later moved to Bridgwater Docks. When Albert fully joined the family business they were operating a fleet of three horse-drawn vans for deliveries.

He went on to describe memories of  being called out by Lady Cave to engineer a replacement key for her writing bureau, and of participating in an ‘old crocks race’ with George Pruen in Fiery Liz.

Albert recalled that the ‘Golden Key’, which was “five or six feet long” hung outside the shop for over 50 years but had to be removed when double-decker  buses began to run along the street.

Albert was himself active in community life, being a verger of St Andrew’s Church and a chairman of the Burnham Institute.

Albert closed the business in 1978: “things were changing and the old days of service were being lost. I was glad to retire after looking after the people of Burnham for so long.”