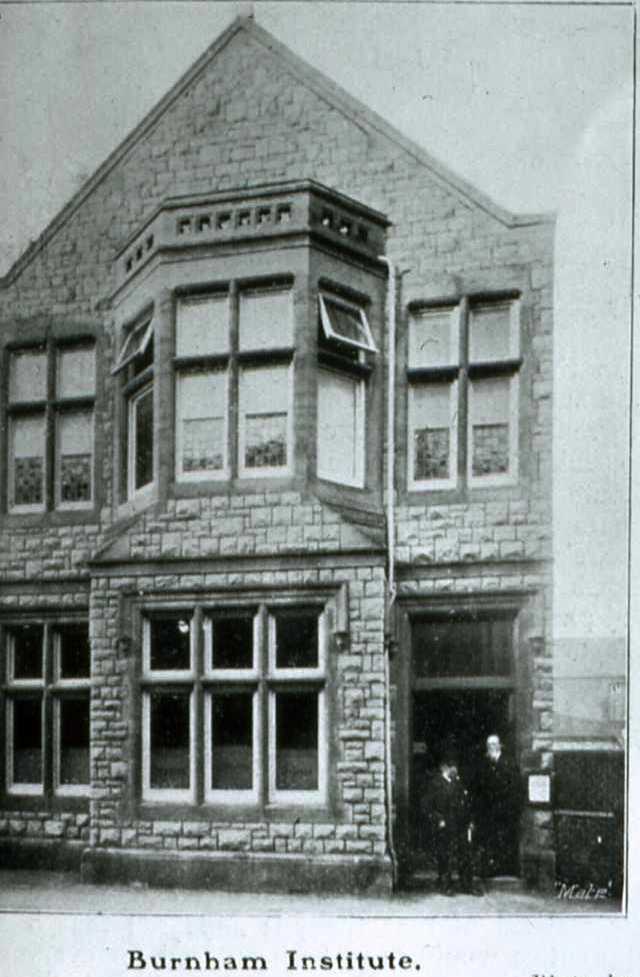 The club was founded in 1887 and initially rented accommodation in the Victoria Rooms and then Wellington House, both in Victoria St.  The members rule book stated “The objects of the Institute are to afford its members the means of social intercourse and recreation” The venture was popular, attracting many prominent people in the town. The accommodation eventually proved inadequate and in 1891 a scheme was devised to issue shares in order that a new building could be constructed specifically to house the club.

In April 1891 land was purchased for £125 in Regent St, from Mr Horrill, who was developing a grocery business further down the street. A local architect, Mr Grant, was employed to draw up plans. An tender was accepted from Mr James Keats to construct the building for £520. A dispute developed between Mr Grant and the committee and he was given an ultimatum to produce the plans or resign. By September things had deteriorated to such a degree that the Building Committee resigned over unauthorised departures from the specification, followed by the resignation of Grant. He was replaced by Mr W.J. Press and the Building Committee withdrew their resignations. The building work continued and the Institute was opened on 25th November 1891. 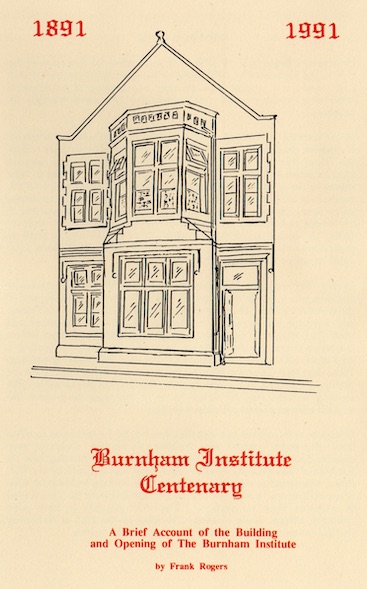 The opening ceremony included a small bazaar, an art exhibition and a series of entertainments including classical organ and piano recitals and an evening of chamber music. The town band also played during the day. A similar programme was mounted the following day.

The building was equipped with up to the minute gas lighting and coal fires in every room. On the ground floor was a  reading room and on the first floor a billiard, card and smoking room and well fitted toilet facilities.A caretaker lived on the premises in a cottage at the rear and opened the club from 8 a.m. to 11 p.m. Newspapers were delivered daily by train from London. The premises were extended in 1897 and in 1899 the Institute became a limited liability company. 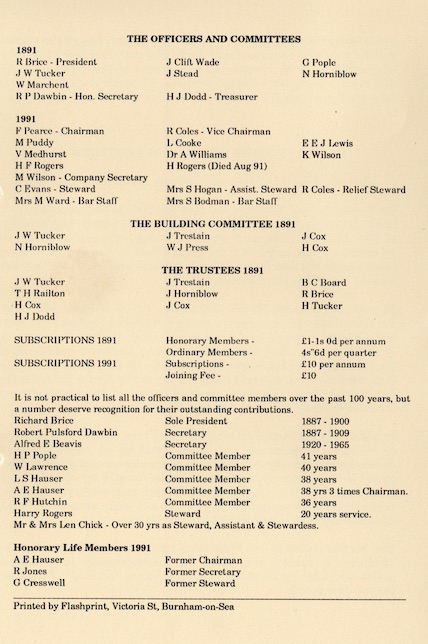 There were numerous developments to the inside of the premises over the years but it was not until 1960 that a telephone was installed, and in 1962, following the relaxation of gambling laws, a ‘one armed bandit’ gaming machine. Outings were also organised.

By 1971 it was agreed that members could entertain female guests in the card or T.V. rooms. Due to overcrowding the caretakers cottage was demolished in 1979 and the ground floor extended to the rear.