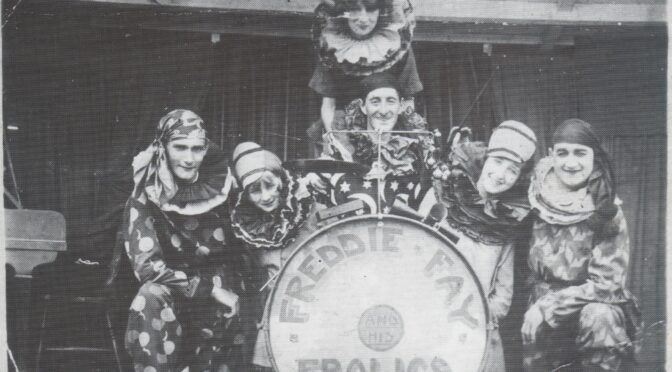 From obscurity to national recognition

Freddie Fay was born John Frederick ISLIP 29th May 1891 at  Walthamstow and his birth was registered at West Ham. He was baptized at St Saviour church, Walthamstow 12th July 1891. Freddie Fay was his stage name from about 1919 until 1956 when he was still performing (for consistency we will use his stage name below). He came from humble beginnings, his father being a Post messenger, amongst other things. His own occupation in 1911 when he was 19 was as a “dispatch clerk. Drapery”

Freddie married Honoria Josephine WEST in1 1912 at Willesden, London. Honoria also had a stage name, Mina GAY. She was partnered with an Australian girl and they were known as “the Sisters Lavarra”. Honoria died in 1960.

In the 1901 Census when Freddie was nine, a lodger, Frances Allitson, a “musical composer”, was living at the family home. In the 1911 Census, Honoria, was described as a ”professional dancer” living with her grandmother. It is quite possible that these two musical influences were instrumental in Freddie entering the world of showbiz. Prior to the 1911 Census Freddie’s and Honoria’s families lived very close to one another in Willesden, London which is likely how they met.

Freddie formed his troupe of performers around 1919 or 1920 and initially staged summer seasons  shows in the Kent / Suffolk areas appearing at Brighhon. Littlehampton and Herne Bay in 1924, Rochester in 1925, Gillingham in 1926 and Bridport in 1927. Winter seasons were spent in touring pantomime programmes with the entire troupe travelling in five caravans.

He first appeared at Burnham either performing on the sands or in the Pavilion during the years of 1928 to 1939 and perhaps beyond that to 1943. He had by then signed a three year agreement with the Town Council in 1939 but it’s not known if there were any performances during the war years. 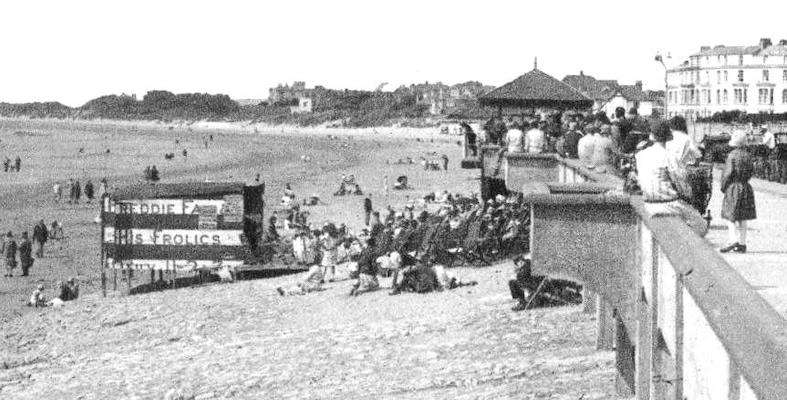 Feddie and Honoria had two children. The first, Josephine Nina was born in 1913 but died the same quarter. They had a second daughter, Erin Josephine, who was included in the entertainment group and was especially gifted as a mimic and male impersonator. She first appeared when she was a baby and later had her own troupe of performers called “The Dinkie Dots”, of which there were four.

Erin married Norman (Norry) BEAUMONT in 1937 at Chippenham. In 1939 they were both living in shared accommodation at 54 Esplanade and were described as “Variety artists”.  An advert in The Stage for 1944 describes Norry as “The Dancing Giant”

In the run-up to the Second World War a register was drawn up of every person in the UK. Freddie and Honoria were recorded as living in a caravan in a field off Westfield Road.  Freddie’s occupation was stated as Cinema Manage and Variety Artist. His daughter, Erin, and her husband Norman (Norry) Beaumont were now iving at 57 The Esplanade in a house that was occupied by two other families including Frank Daniel , Music Hall artist and producer and Leslie H Wilson, Music Hall artist. Occupation for both was described as “variety artists”

Latterly Erin ran her own Dance school in Highbridge at Heatherbelle, 96 Church Street, Highbridge which was also  the family home. It is thought to have been a cottage on the site of what is now the Highbridge Social Club. This was previously Normans supermarket. She was Burnham’s Carnival Queen in 1931 and still professionally active in 1956. She died 9th May, 1979 (registered at Taunton).

At various times these would have been members of Freddie Fay’s Frolics performers: 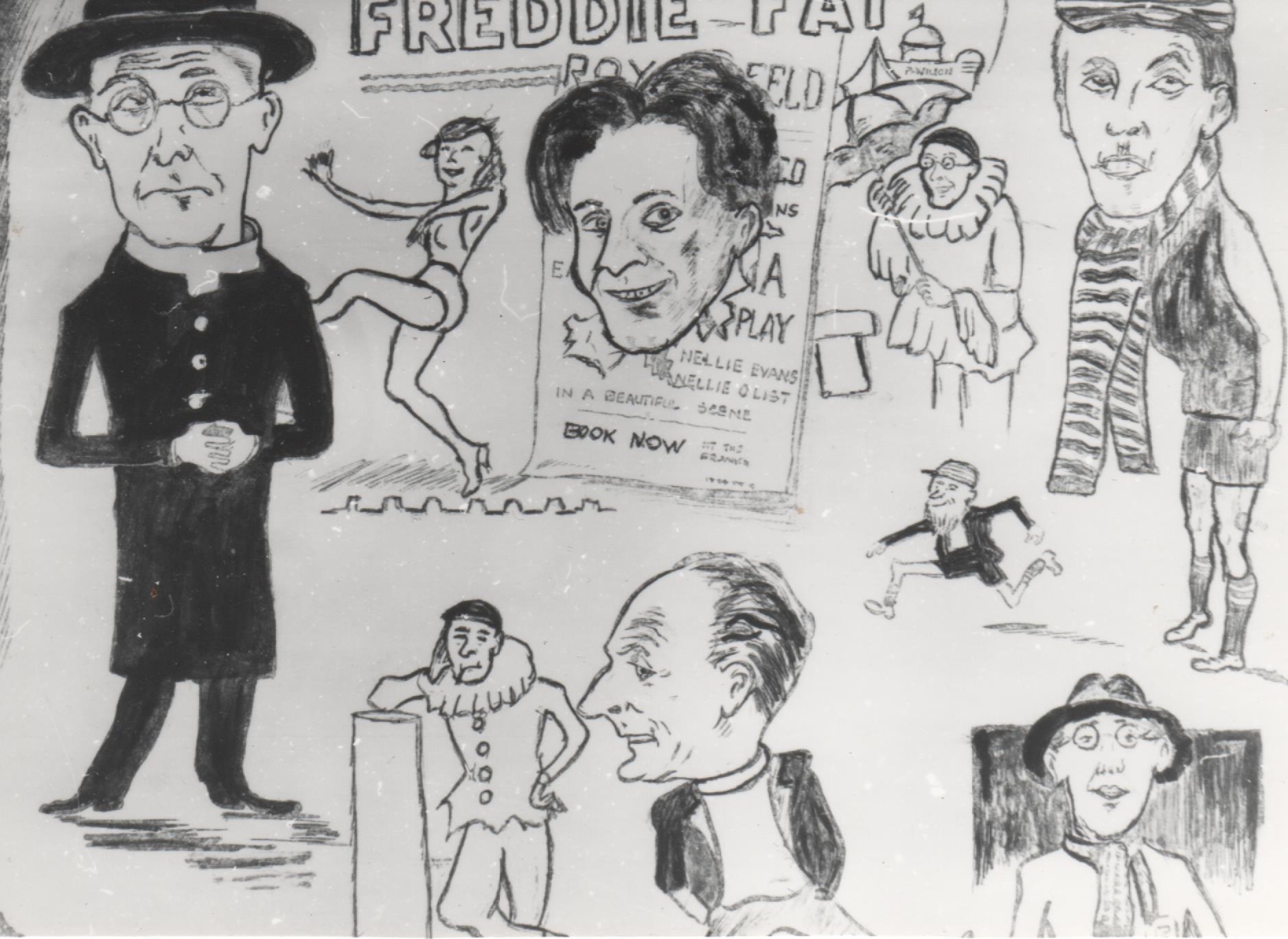