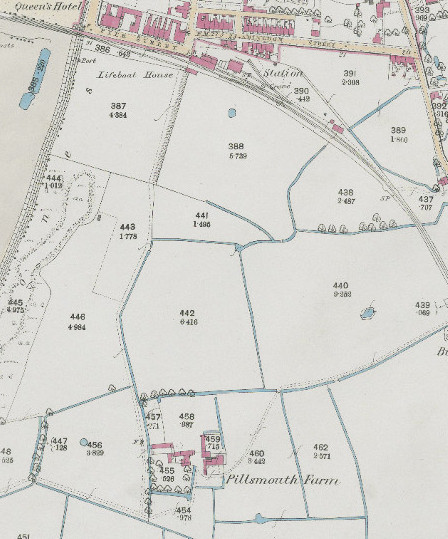 At the time of his birth, Pillsmouth Farm, a farm of 30 acres was owned by his maternal grandfather, John DOD, whose own father Henry DOD had purchased in fee from the BRODERIP family, during the reign of Charles II, for £200. The Dods, typical English yeomen, had farmed in the parish for some considerable time, and were, in comparison with many of their neighbours, persons of consequence. The earliest known reference to them in the parish is found in the Bishop’s Transcripts from Wells, and is dated 1604. From 1632 onwards there are frequent references to the Dods in the parish registers and by the end of the 17th century members of the family were acting as churchwardens and overseers of the poor.

On his father’s side, Richard’s father was the only son of William LOCKE of Pitminster. Little is known of Richard’s father save that when he married Hannah DOD, the only daughter of John DOD, he became an inhabitant of the parish of Burnham, settling there as a yeoman. Christian, grand-daughter of Christopher LOCKE, had already married Robert DOD.

Six other children were born to Richard’s parents, three died in early childhood, Hannah, baptised in June or July 1738, was buried on July 9th of that year, Henry DOD and John DOD, of whom no baptismal record can be found, were buried on March 20th 1740-41, and September 17th 1743 respectively. The three who grew up to maturity with Richard were Hannah, Baptised on September 10th 1739 and John [mentioned only in registers as husband of (1) Maria & (2) Mary and father of John, Hannah, Maria and Mary] and Sarah [only mentioned in Will of her grandfather John DOD].