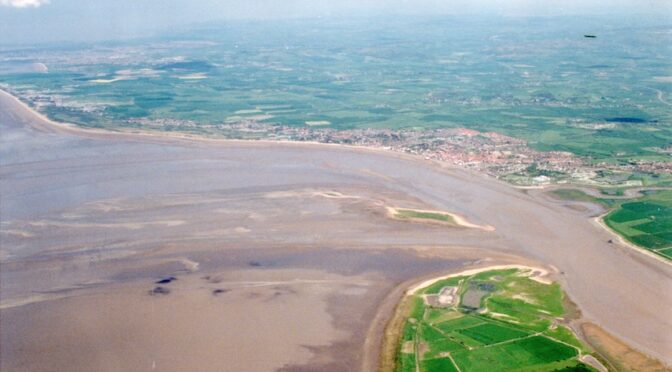 An article by a pupil in the Burnham on Sea County Secondary School Magazine in 1952:

The maps below demonstrate how the island is constantly changing in size and shape. The original spelling of the island’s name can be seen on these: 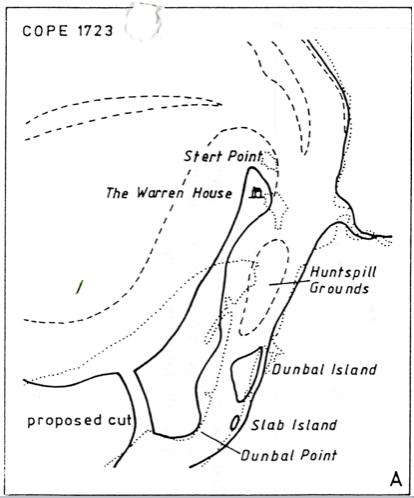 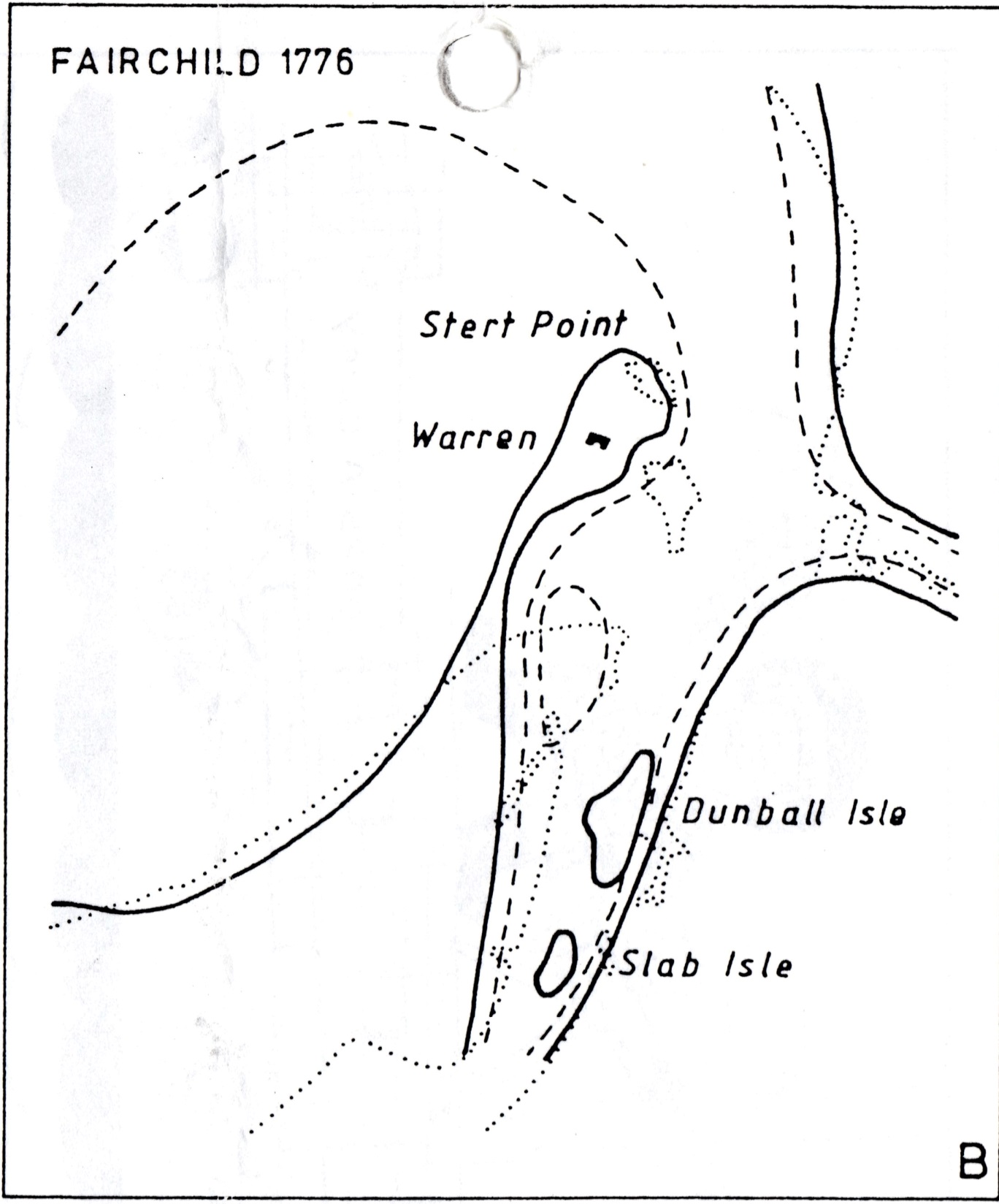 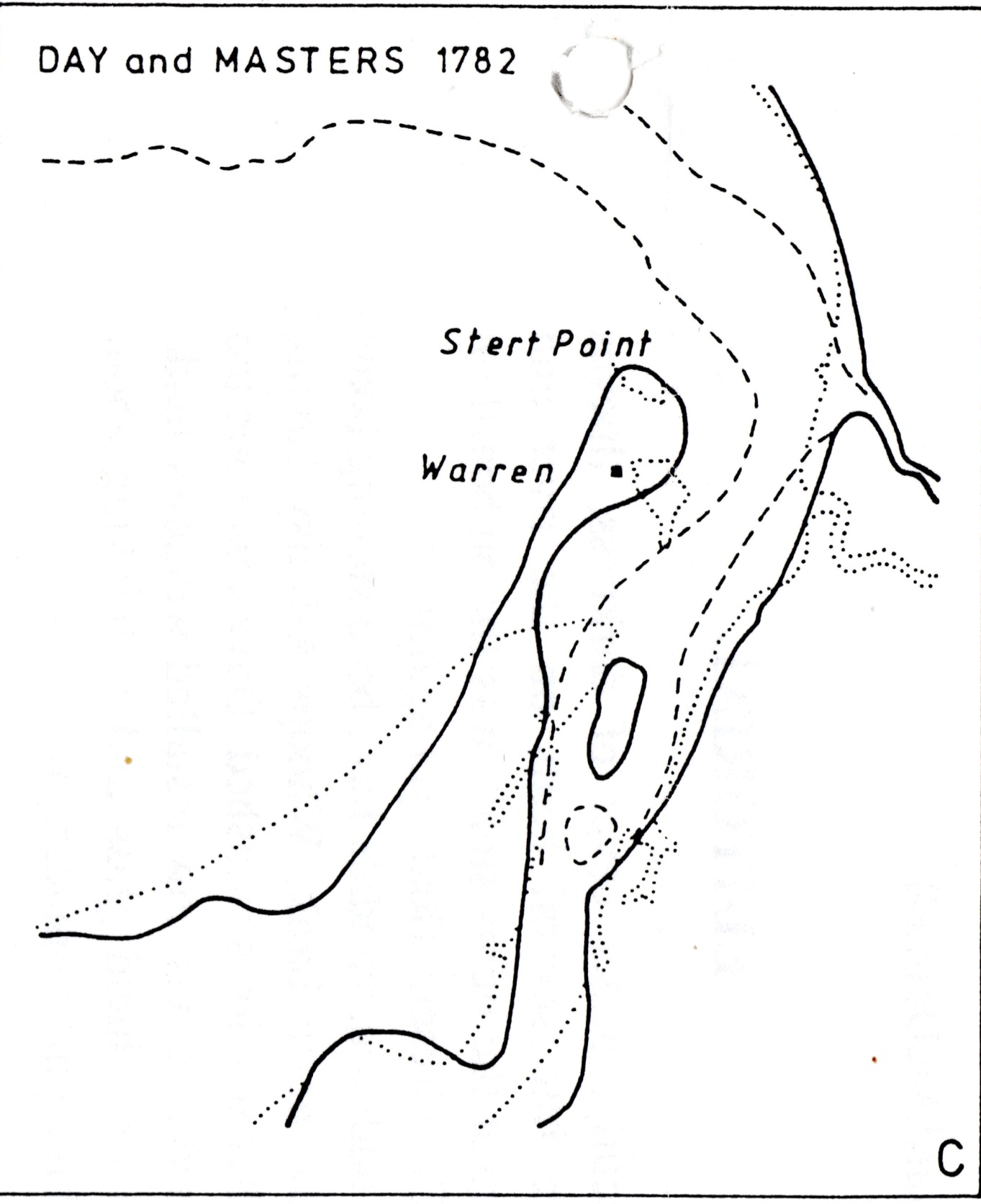 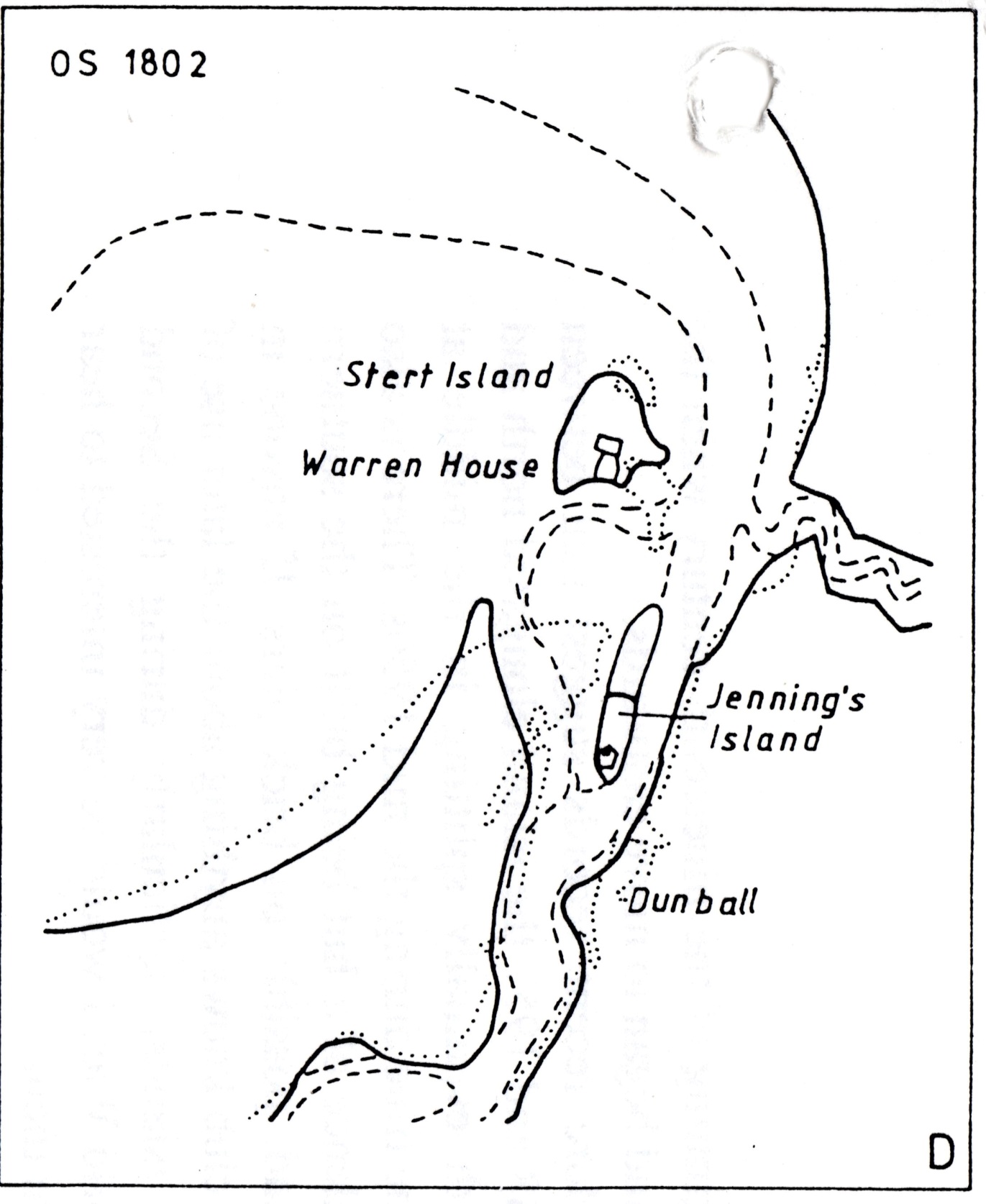 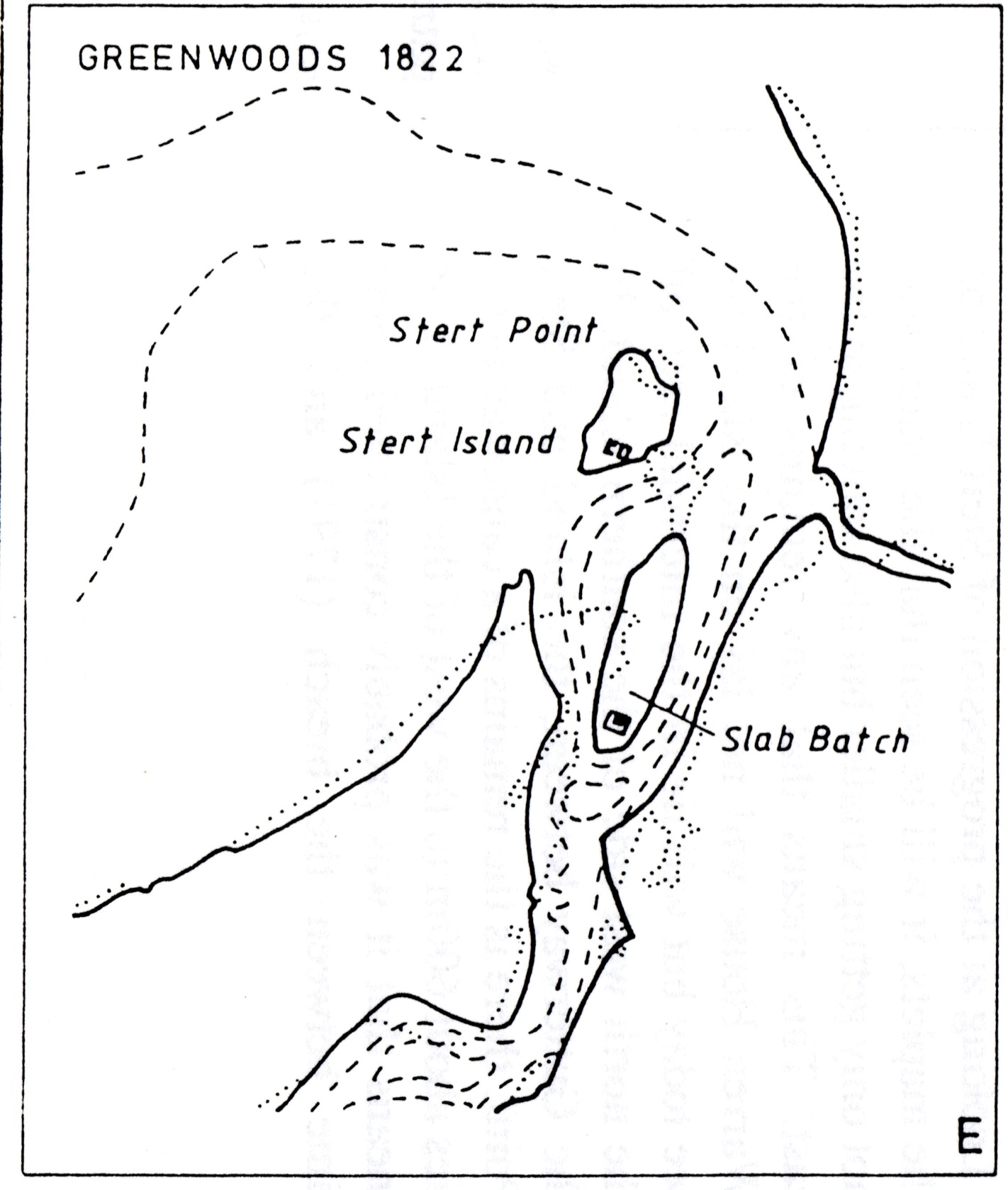 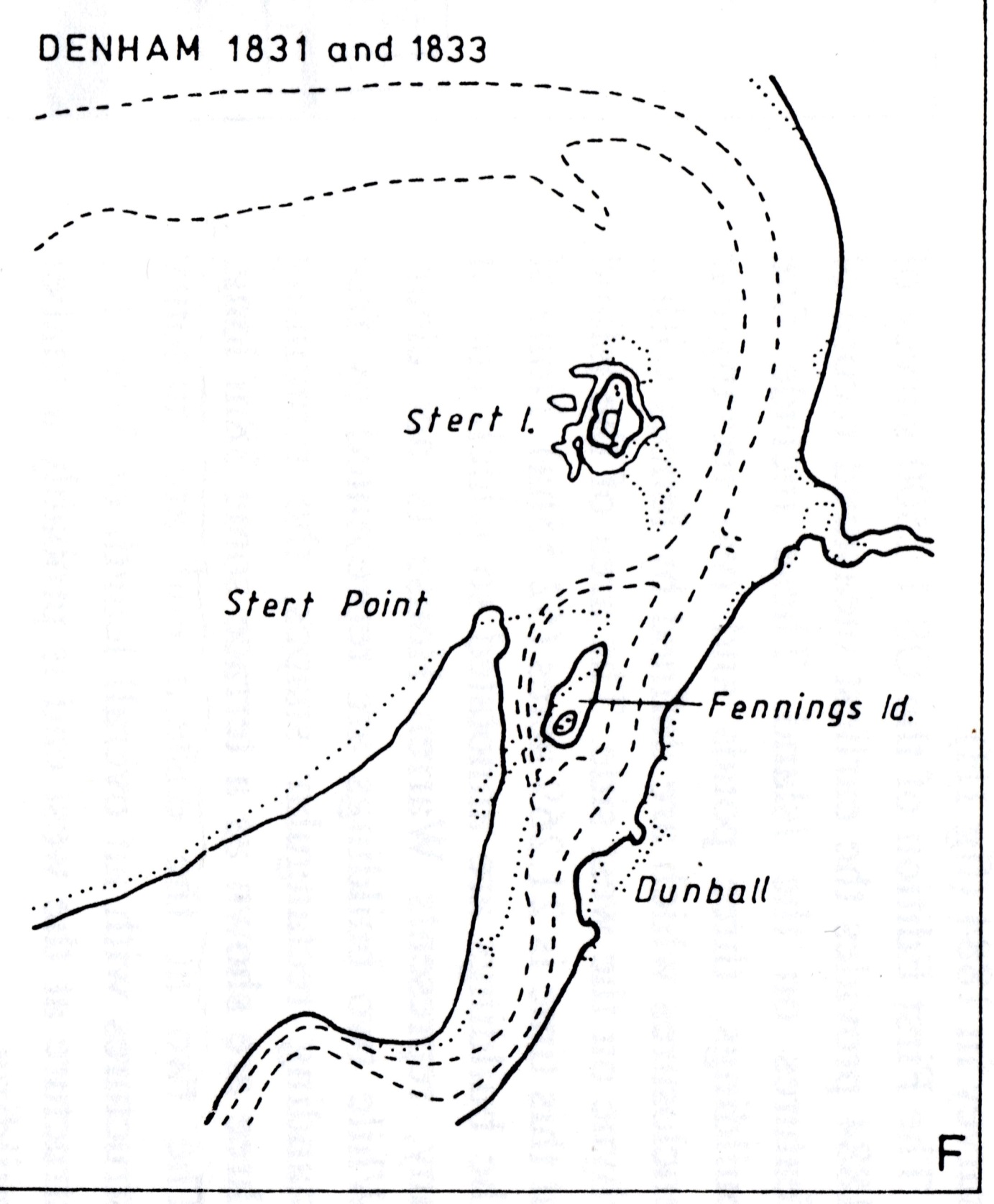 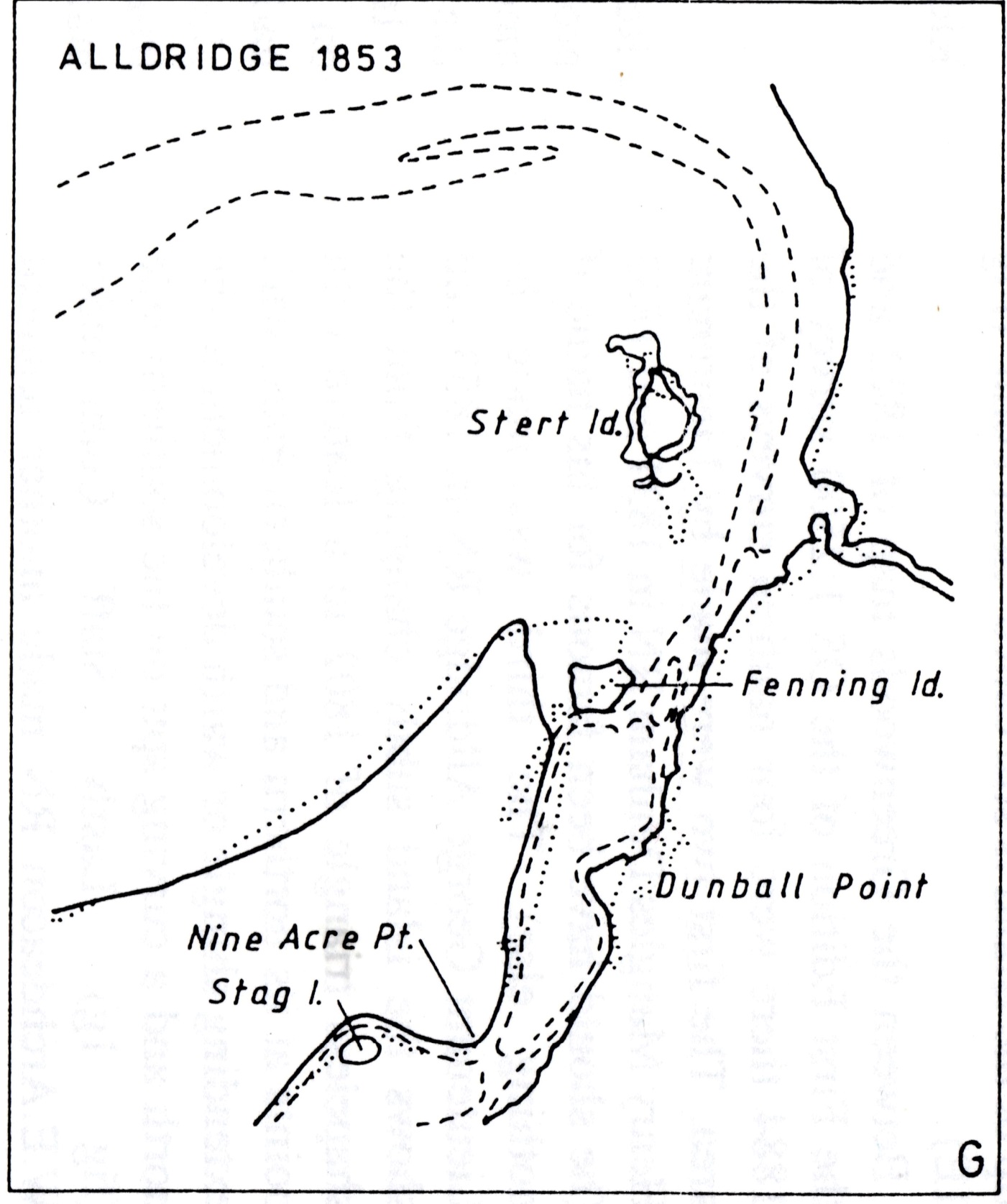 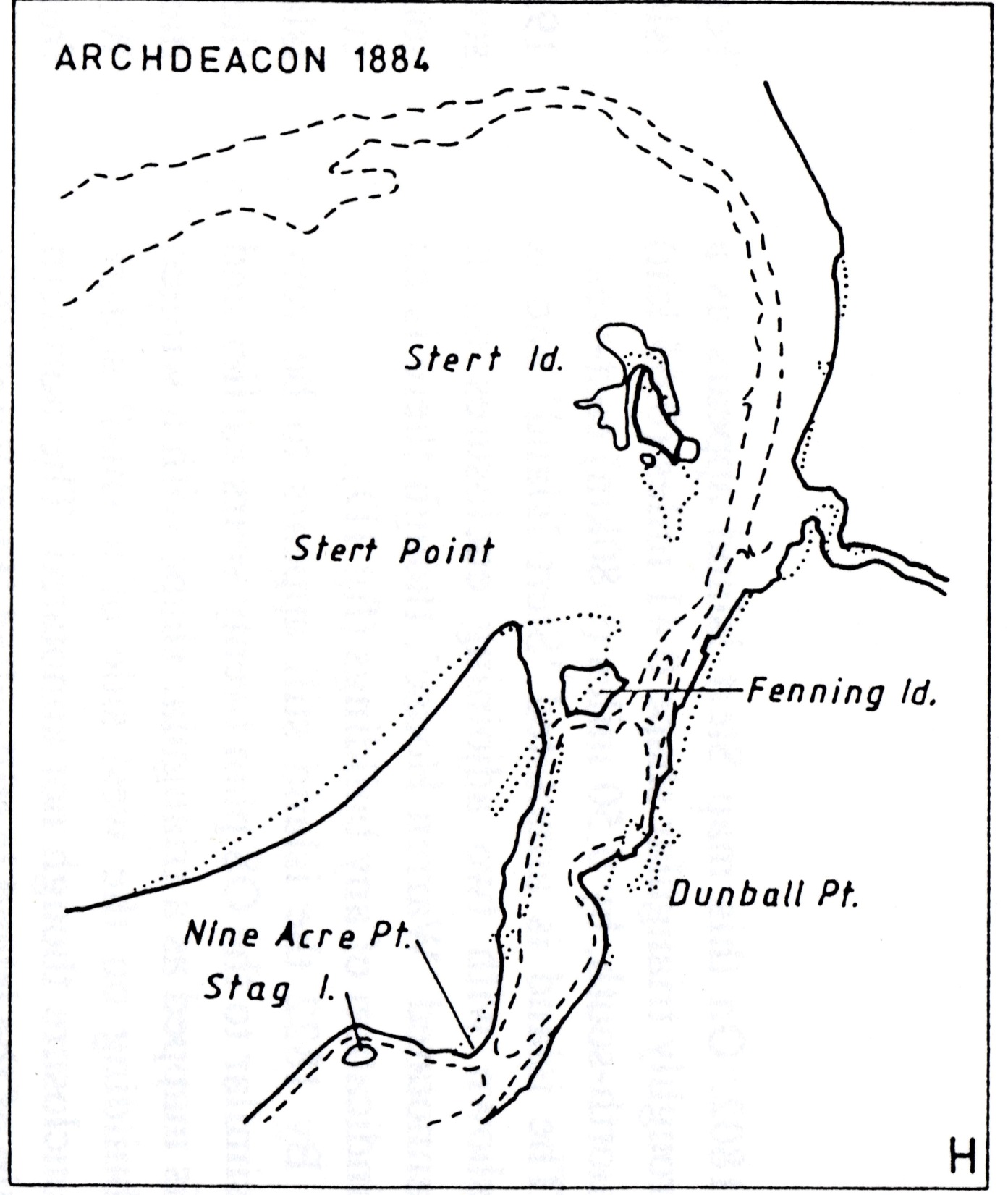 It is said that the people living in Warren House were being over-run by rabbits (interesting given its name!) so they dug a ditch from the bay to the Parrett which resulted in the island being formed during a subsequent storm. The house was at one time occupied by a Henry Cox, who may have been the son of William Cox of Cox’s farm. Thomas Cox, Customs Officer, is also said to have lived on the island at one time. However we know there was a customs officer at Burnham by the name of Henry Cox so there may be some confusion here.  It appears that the house was almost like a hotel for the crews of boats moored nearby. It was also used for cargo handling and quite possible that some smuggling went on.

Numerous wrecks can be seen on the 1941 map

A clipping found in the Dupuis Diaries amongst entries about 1867: 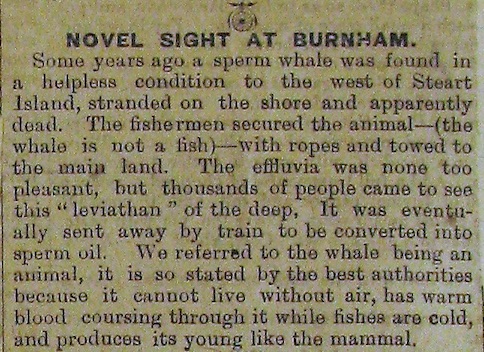 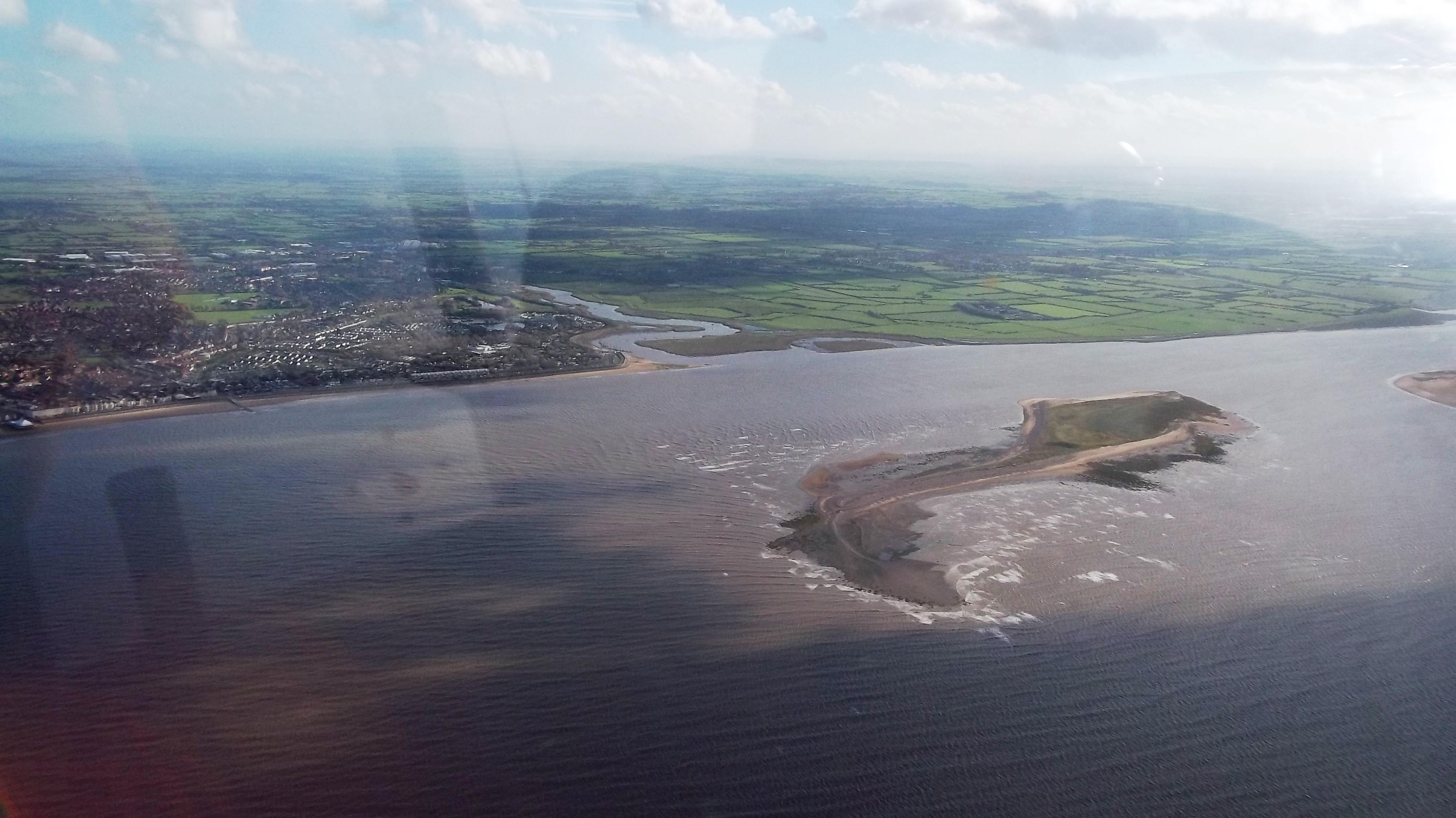 The Steart Island annual swim was resurrected in 2000 as a Millennium Project by Burnham Town Council and continues to the present day. The swim measures 2.4 km and is swum at neap tide which allows competitors to swim out and home with sufficient depth of water to be safe. Before the swim was reintroduced there had not been an event for about forty years