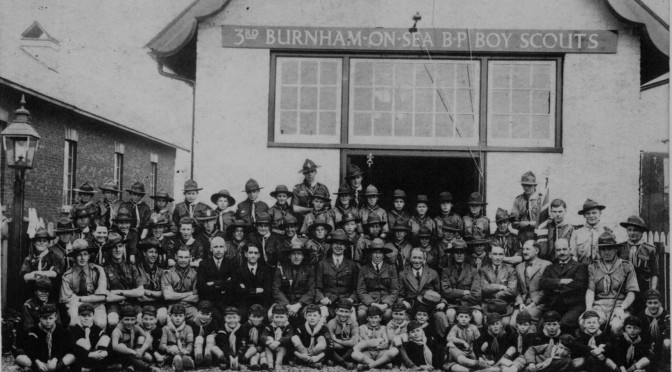 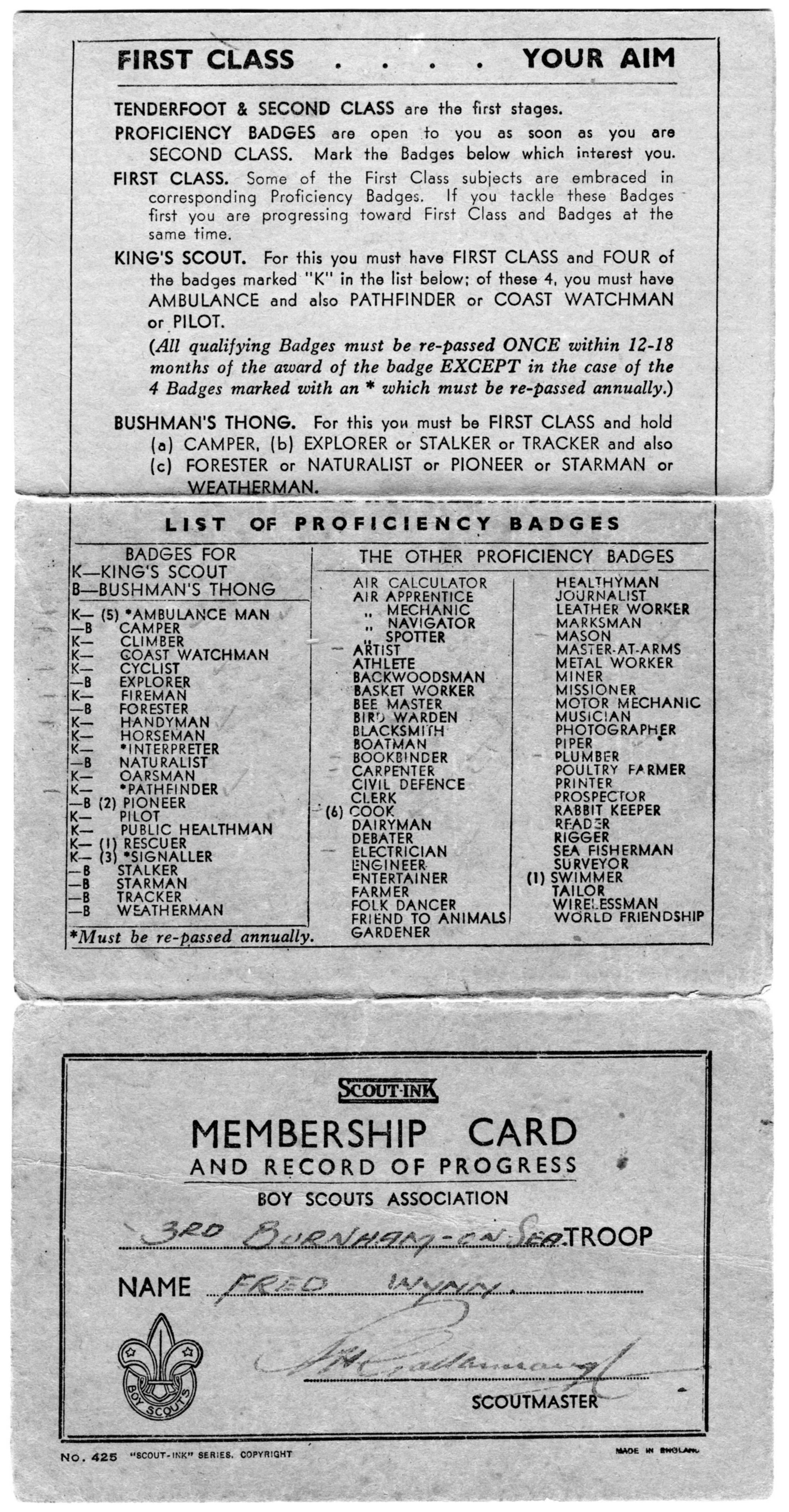 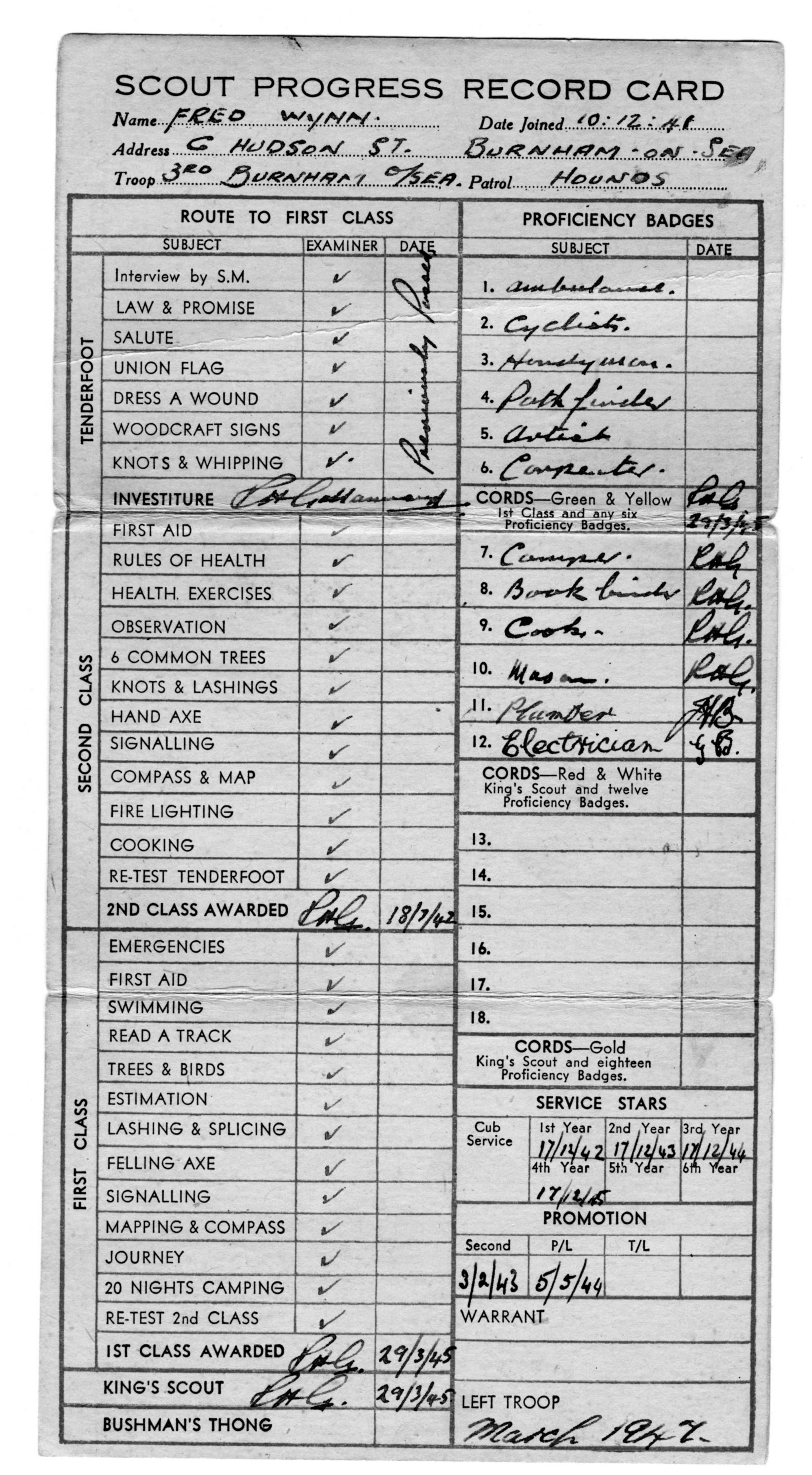 Above, an excellent attainment record from Fred Wynn.

Below is Brian Marchent’s Artist proficiency Badge Certificate  from 1955. 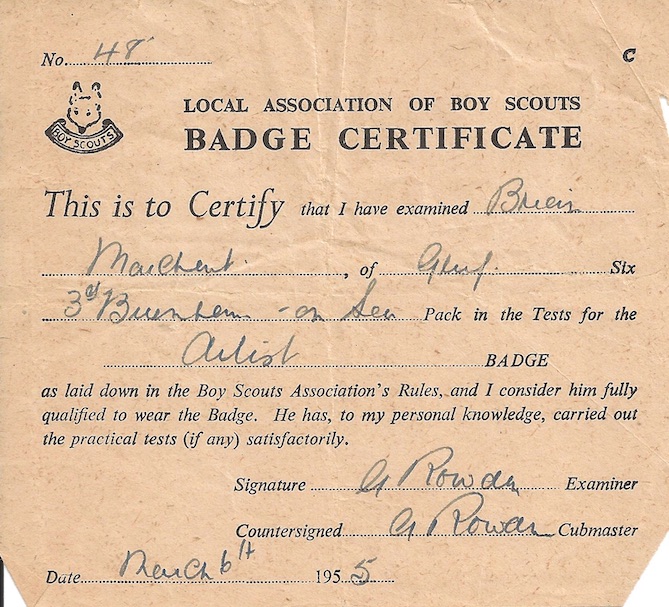 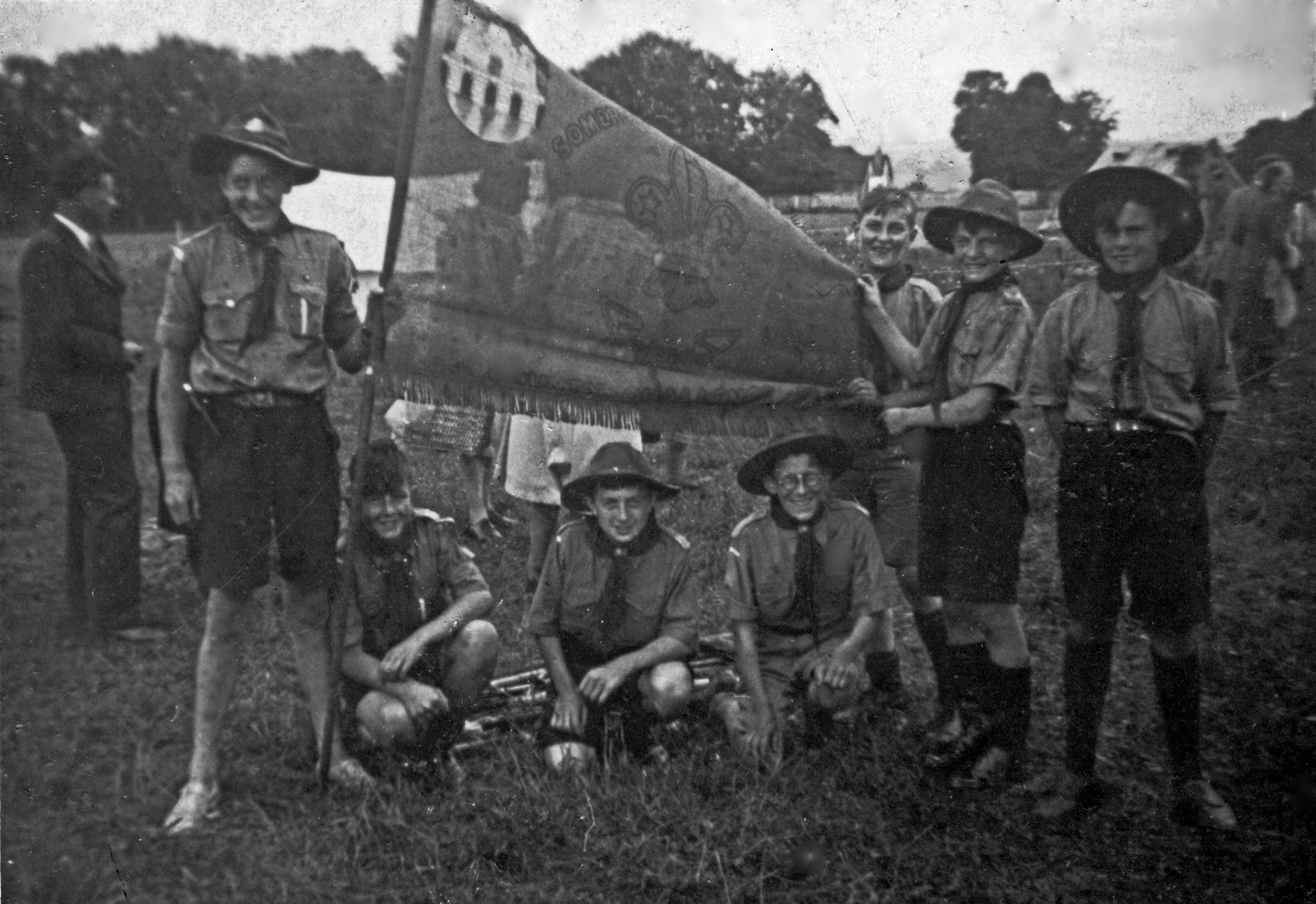 The next two photos show the Burnham Scout Troop and Hut  but dates are not known. 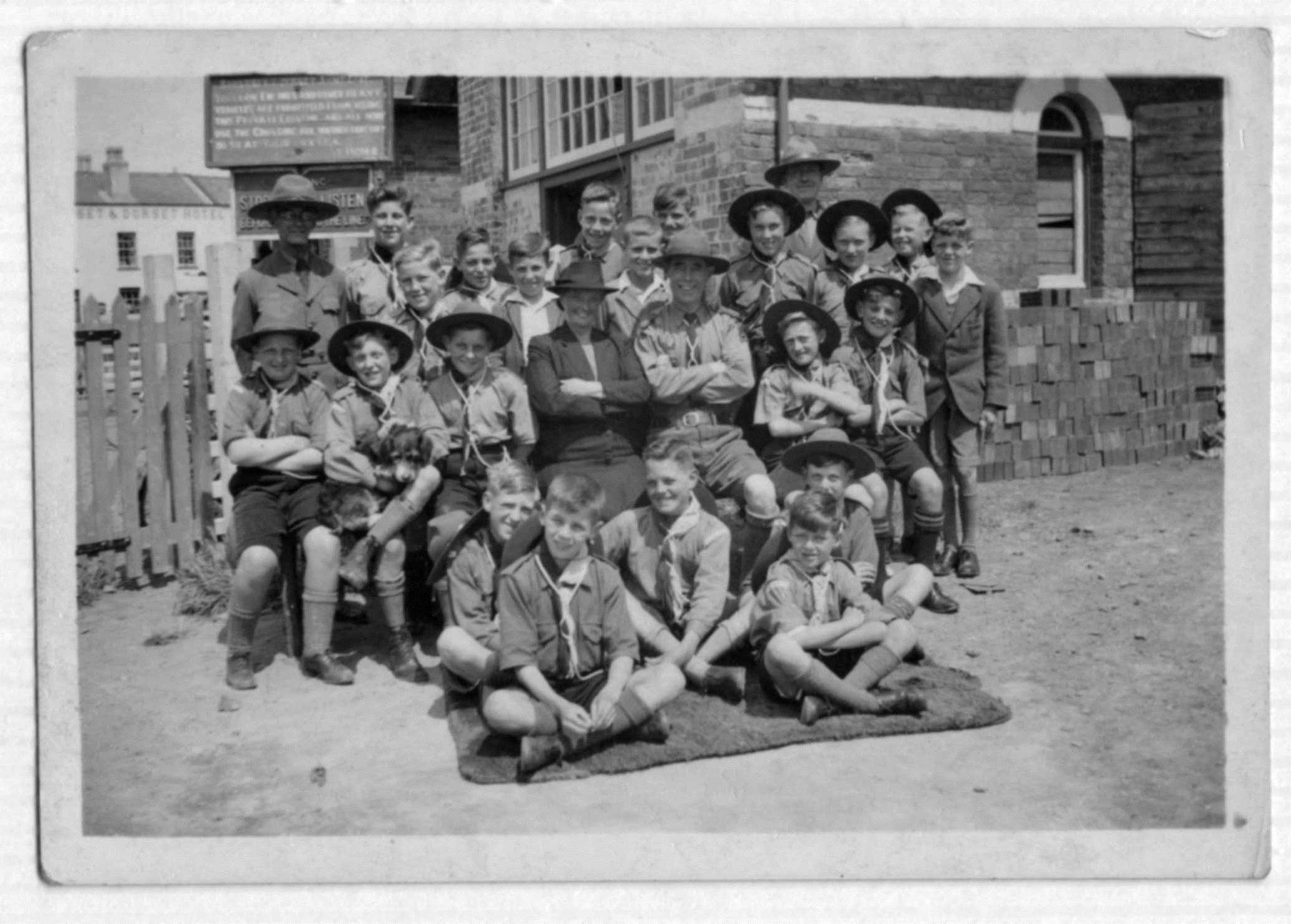 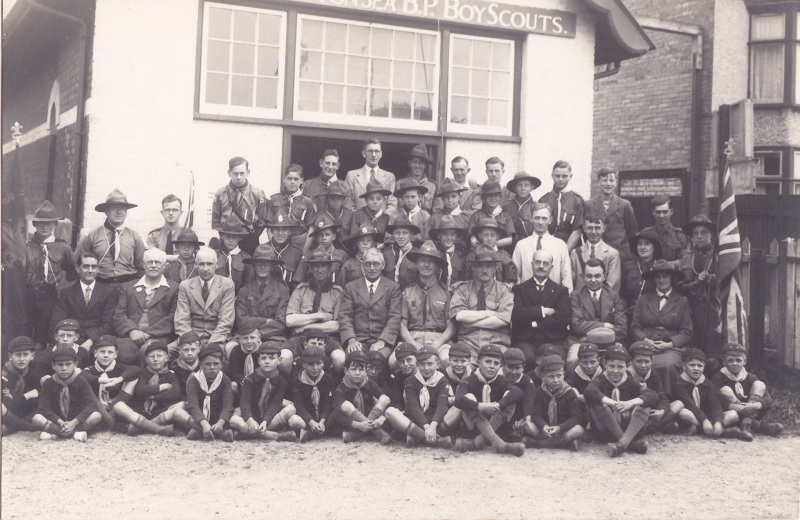 The Scout HQ pictured here was purpose built as a lifeboat house for the Cheltenham lifeboat in 1874, but ceased to be used as such in 1930. It was purchased br Mr Venn and given to the Scout troop in 1937 to celebrate Gerorge V’s Jubilee and the 21st anniversary of the Troop.

The next two photos below are from a Scout and Guide event held off the Berrow Rd in the 1940’s. Thanks to Brian Marchent for the images. 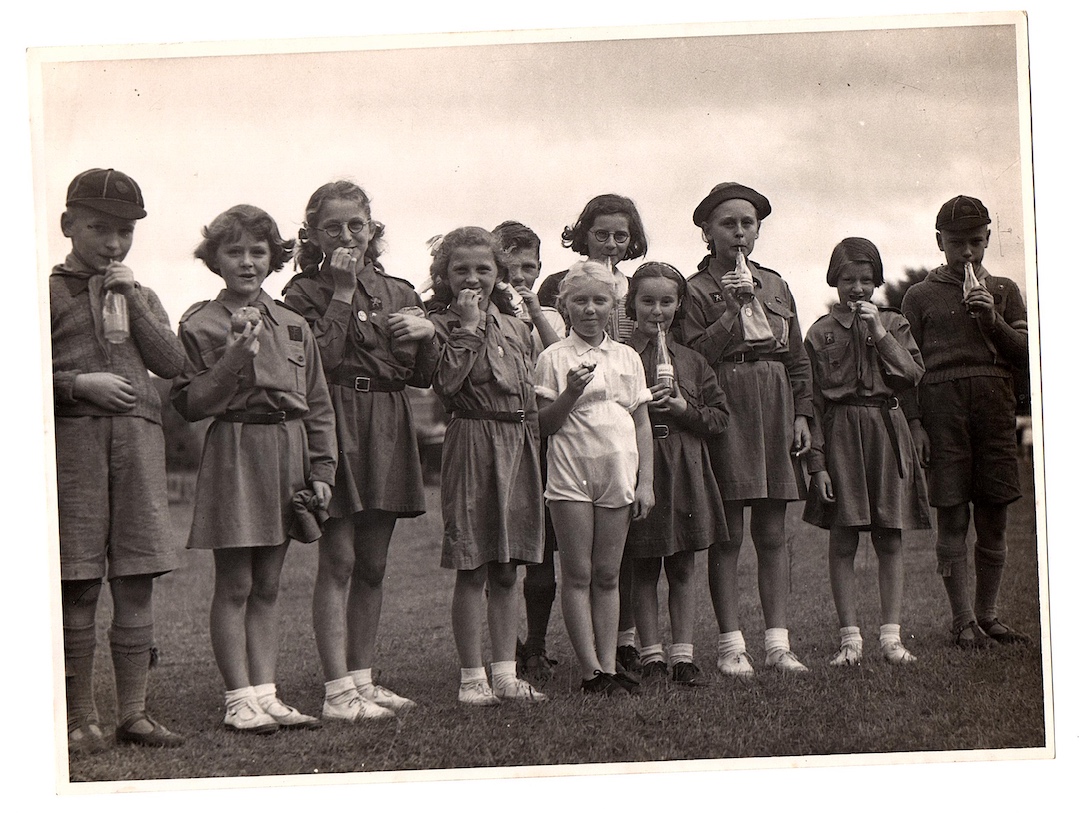 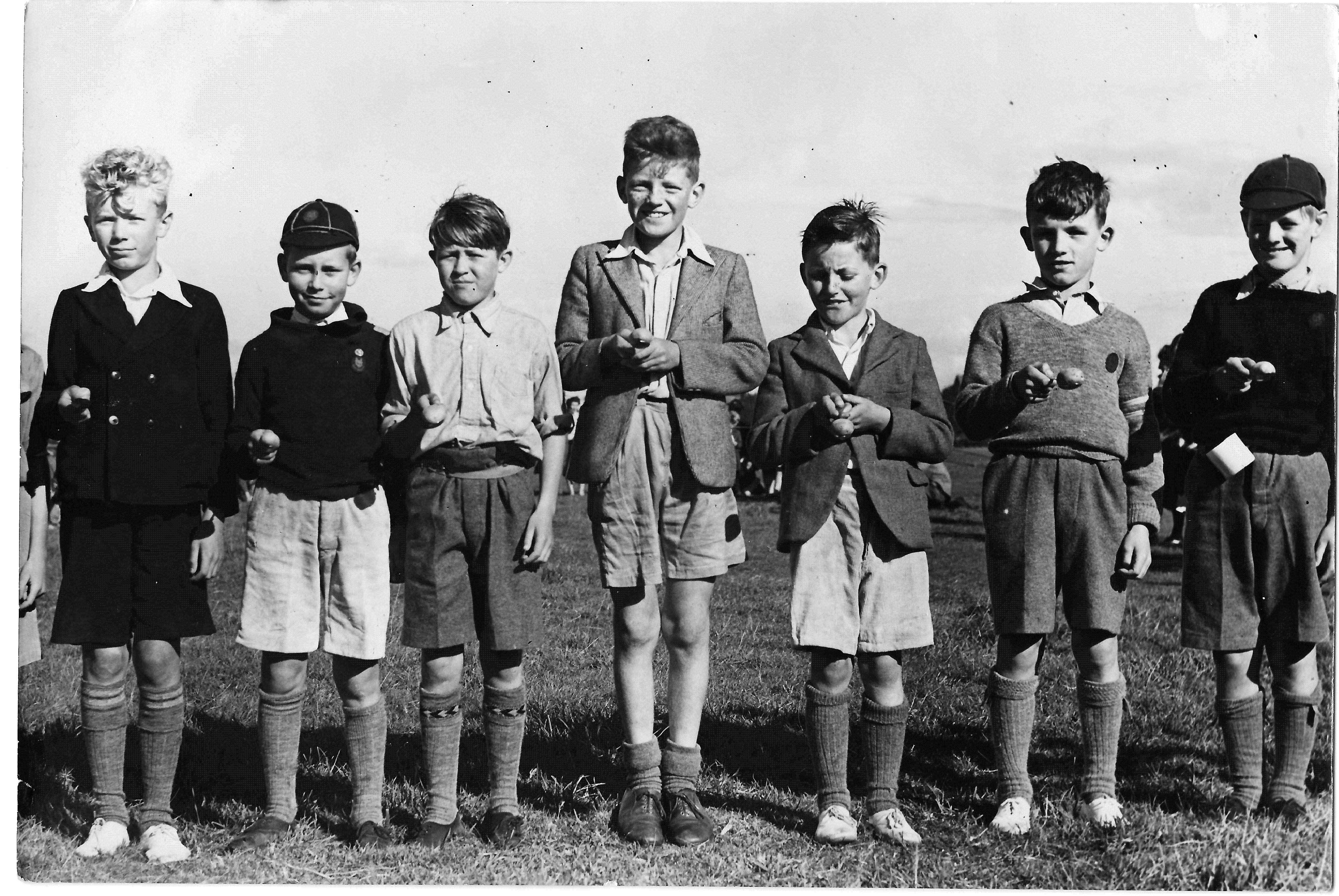 Above: Cub Scouts Egg & Spoon Race, Highbridge 1947. Photo courtesy of Richard Stroud (5th from left). Can anyone identify any of the others?

1ST BURNHAM -ON-SEA SCOUT TROOP:
The ‘ Boy Scouts Association’ changed its name to the ‘Scout Association’ in 1967 as part of a programme of modernisation.

BELOW: Burnham & Berrow Cubs Parade 1982 at junction of Victoria St. and Regent St. 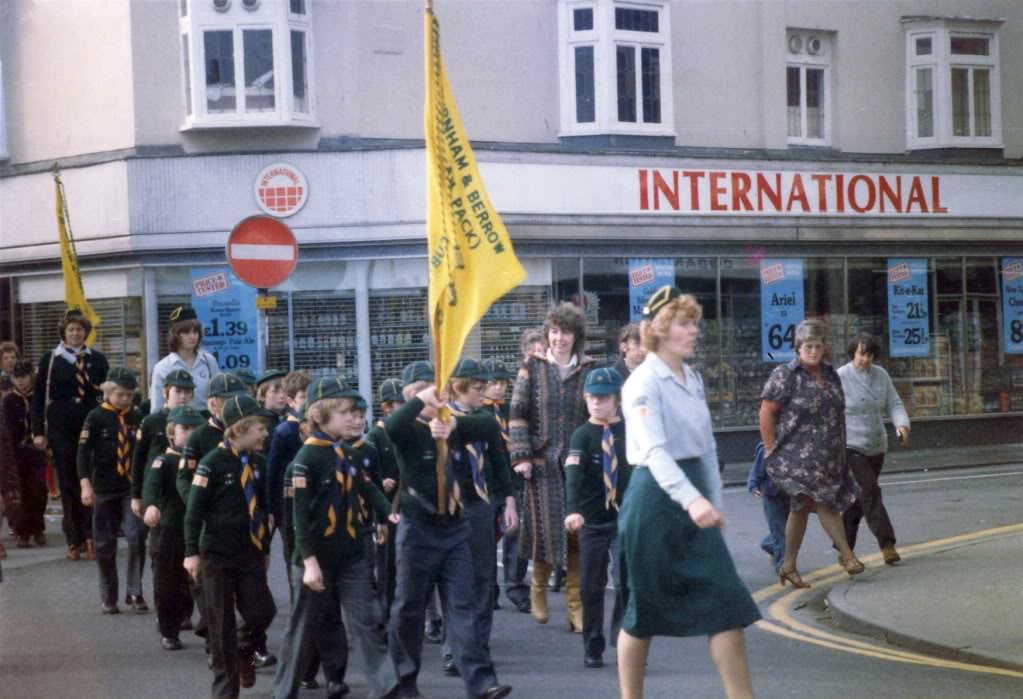 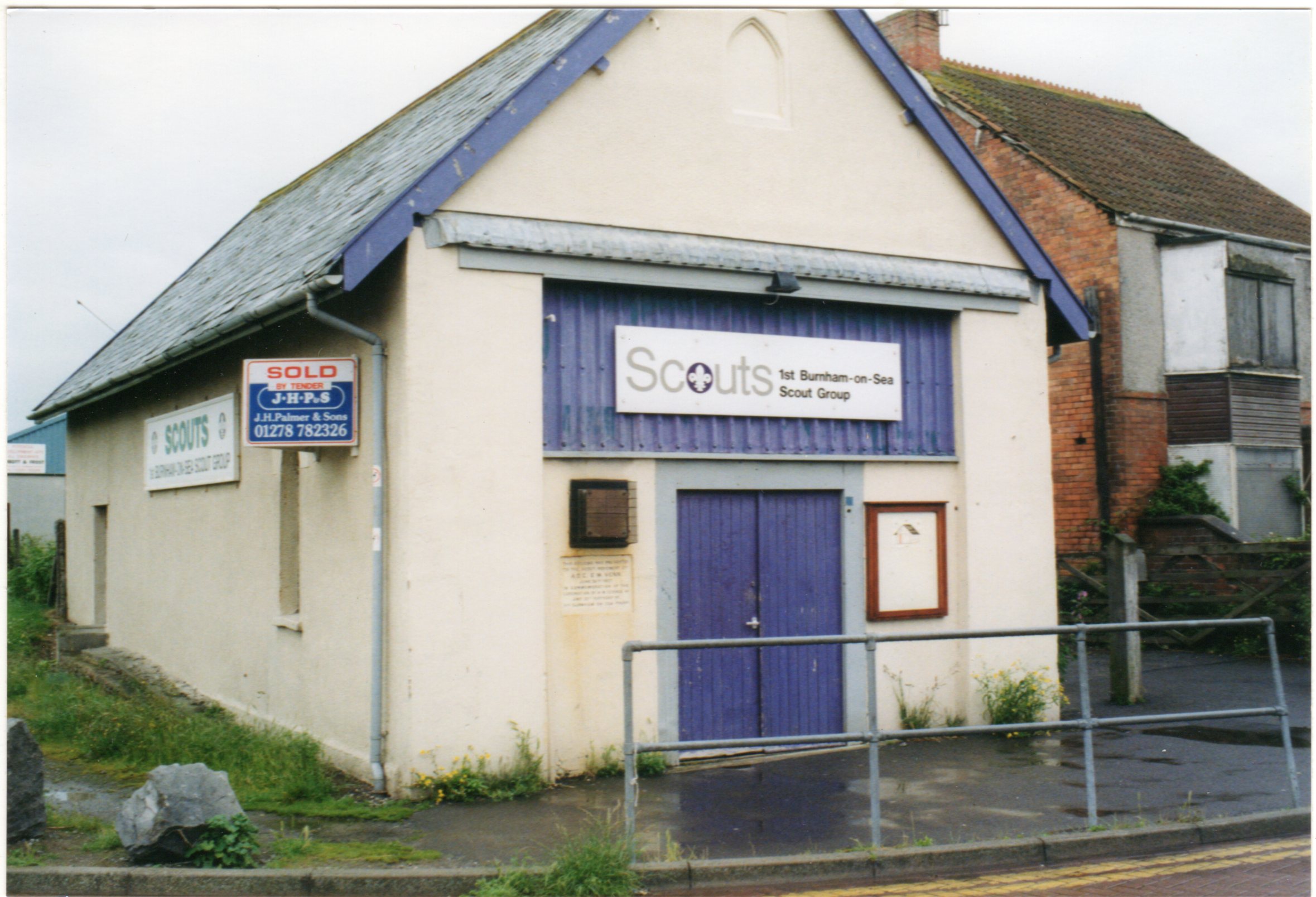 One thought on “Burnham Scouts & Guides”