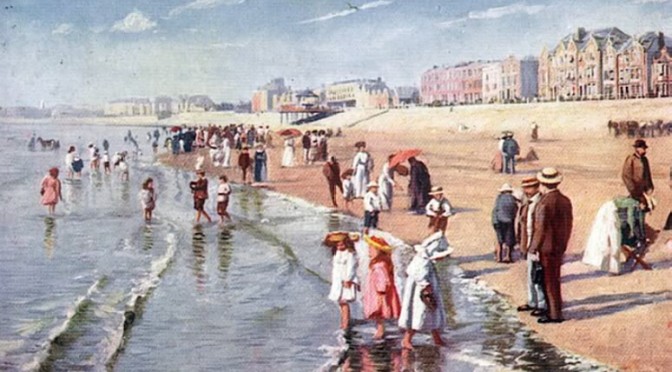 ‘CHILDREN’S CORNER’ THROUGH THE AGES

The area of beach in front of the Reed Arms, in the angle of the jetty and esplanade, has over the years been the spot upon which children’s amusements have been set up. This is probably due to ease of access from the jetty.
Does anyone know when this area first became known as ‘children’s corner’? It is identified as such on the first colour postcard below but the date of that card is presently unknown. 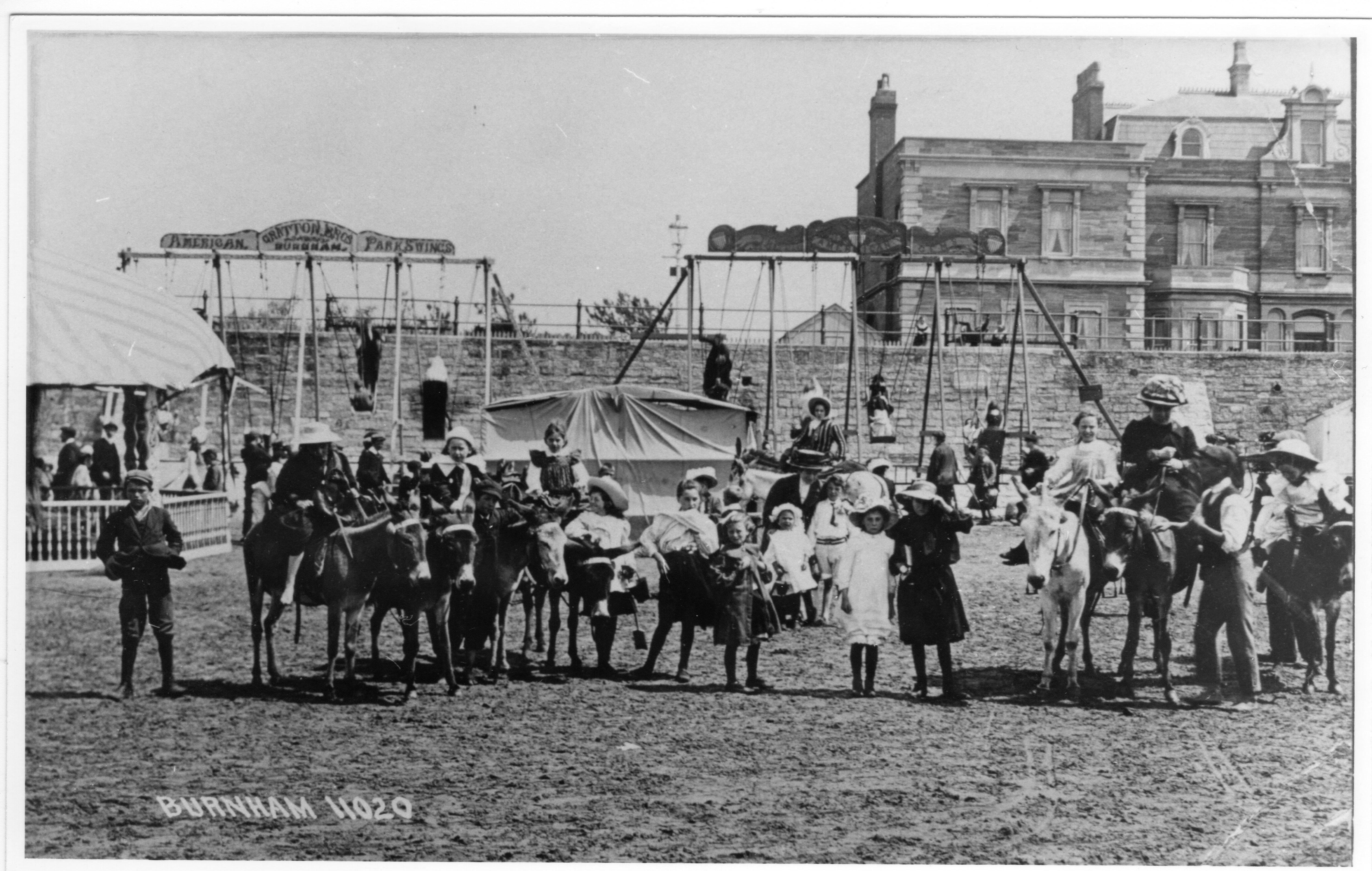 Date unknown. The variety of  amusements appears to have increased 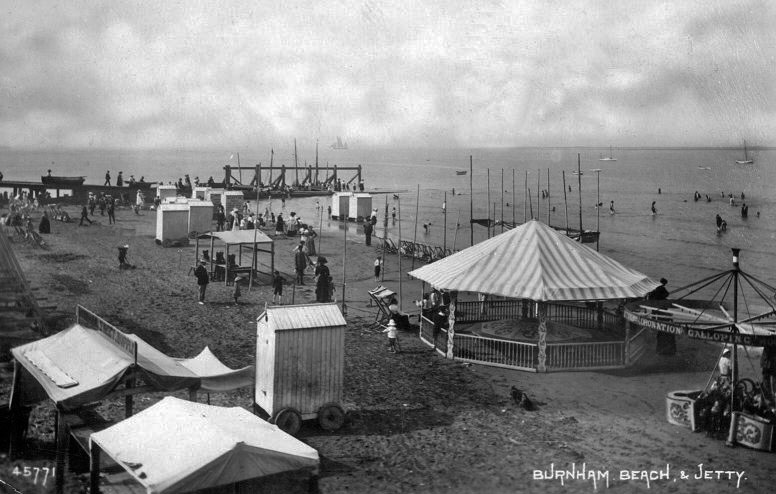 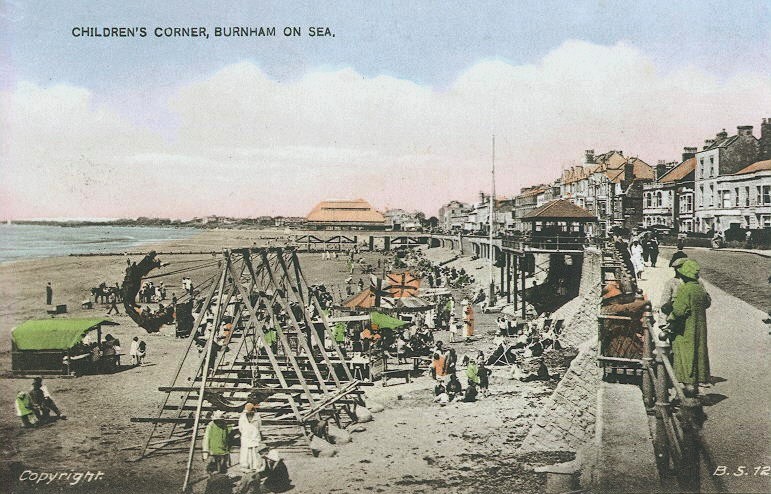 Date unknown. The green roofed structure is possibly a refreshment stall (see below) 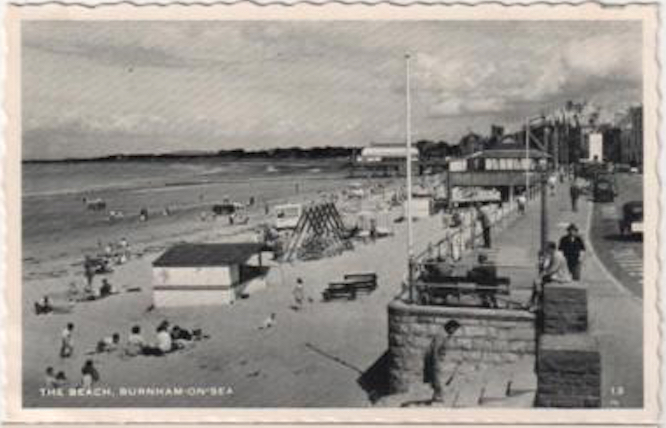 Date unknown but later. The structure on the beach, similar in design to the green roofed one above but in a different position, is identified as a cafe. Note that the shelter on the Esplanade has now been extended. 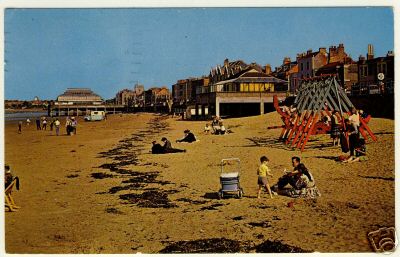 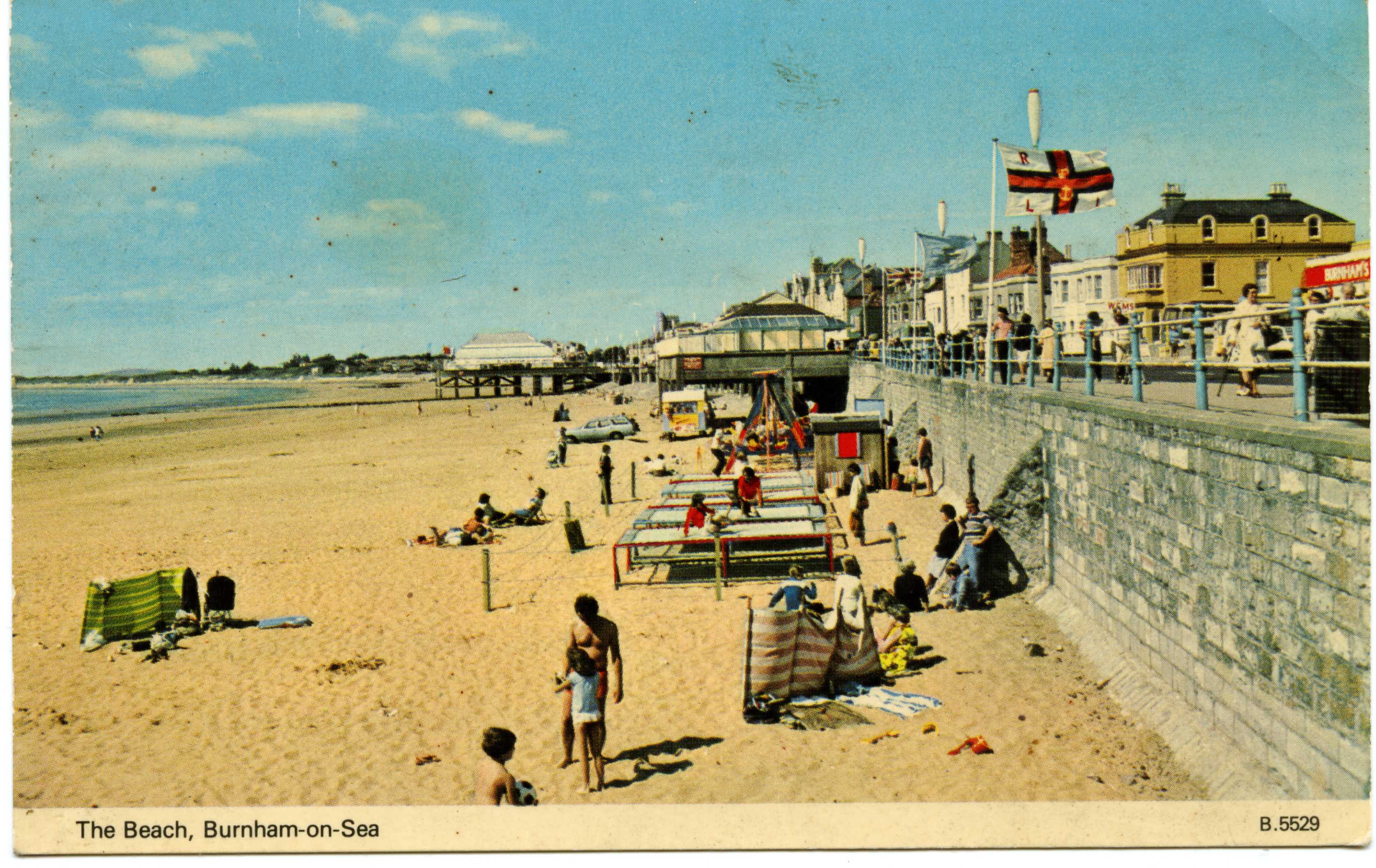 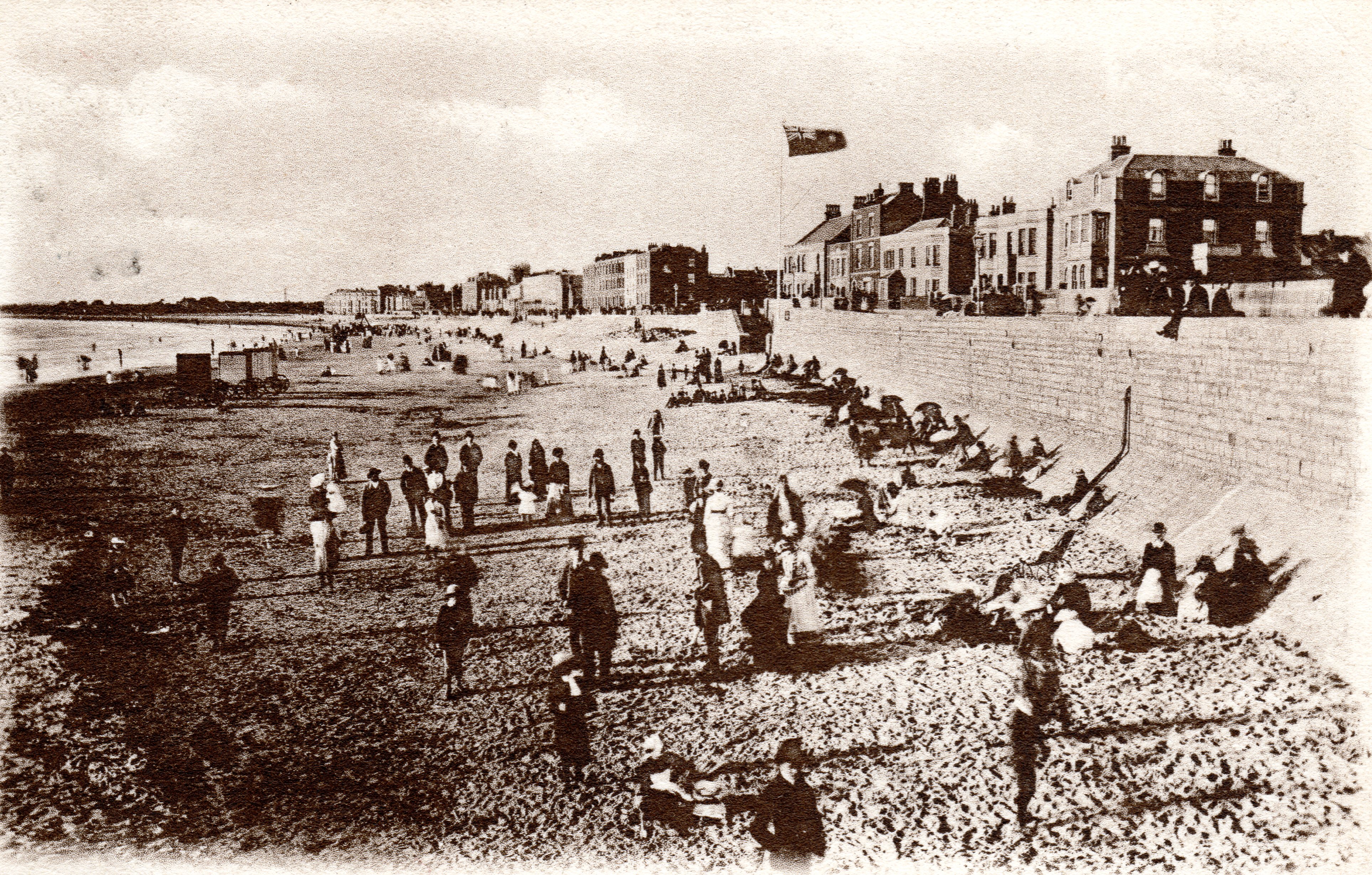 A picture attributed to 1904 taken from almost the same spot. Note the absence of the Pavilion and children’s amusements.

‘ANNUAL DONKEY SHOW.  –  The annual exhibition of sand and other donkeys was held at Burnham on Tuesday afternoon last, in brilliant weather. The spectators were more numerous than last year, and the donkeys also made a better show…….It was expressly laid down that all the animals intended for a prize should be well fed, well cared for, and free from marks of cruel use. We are pleased to be able to state that no animal was disqualified on these grounds…….Two bare-backed donkey races were afterwards arranged on the ground, and caused almost endless amusement…… Much credit is due to Mrs M.B. White, the hon. sec., for her kind and humane efforts on behalf of the formerly ill-used sand donkeys of Burnham.’ 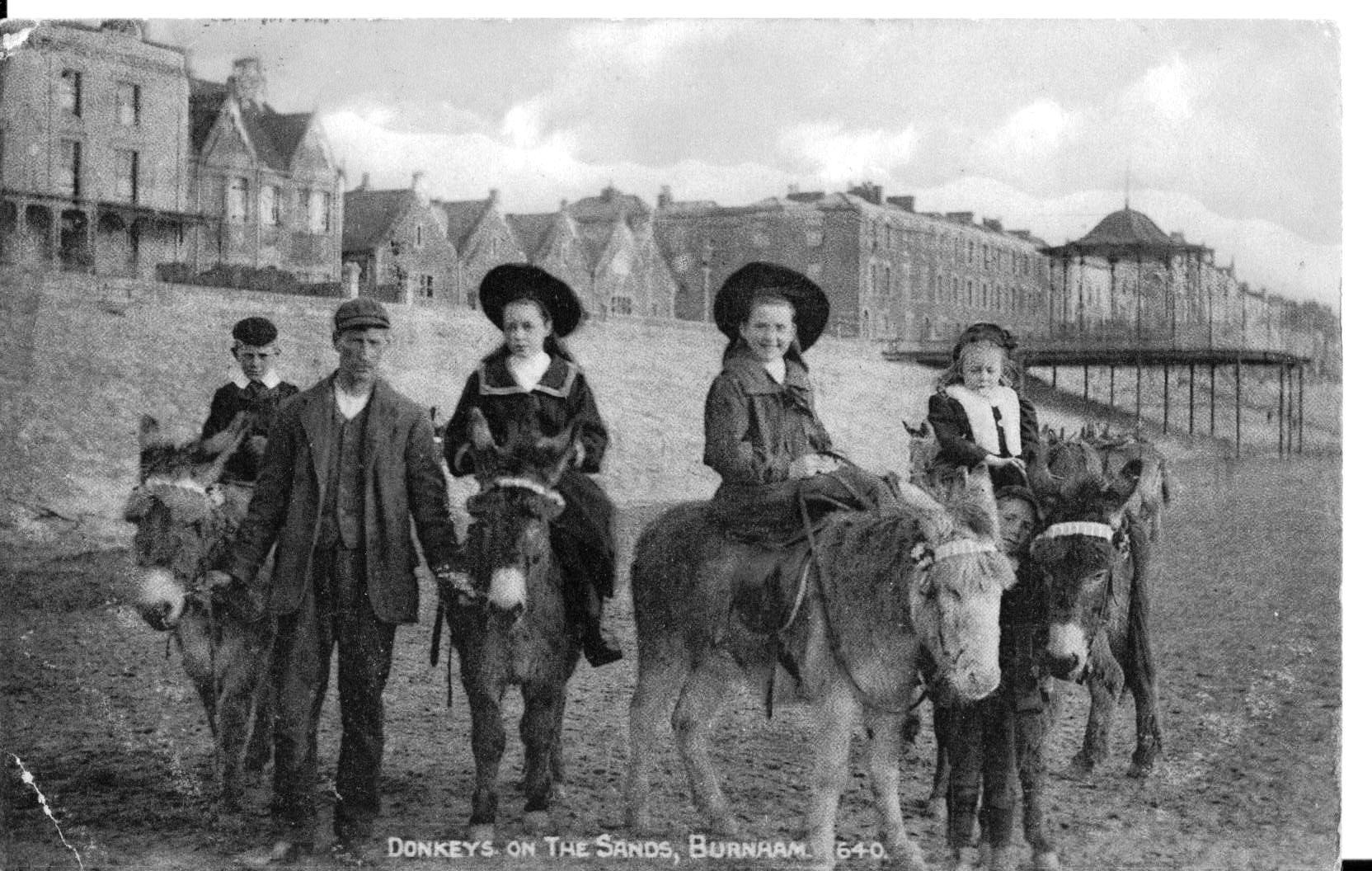 Attributed to 1907. Note the bandstand in the background where the Pavilion now stands, opposite the gable ends of the old school building. 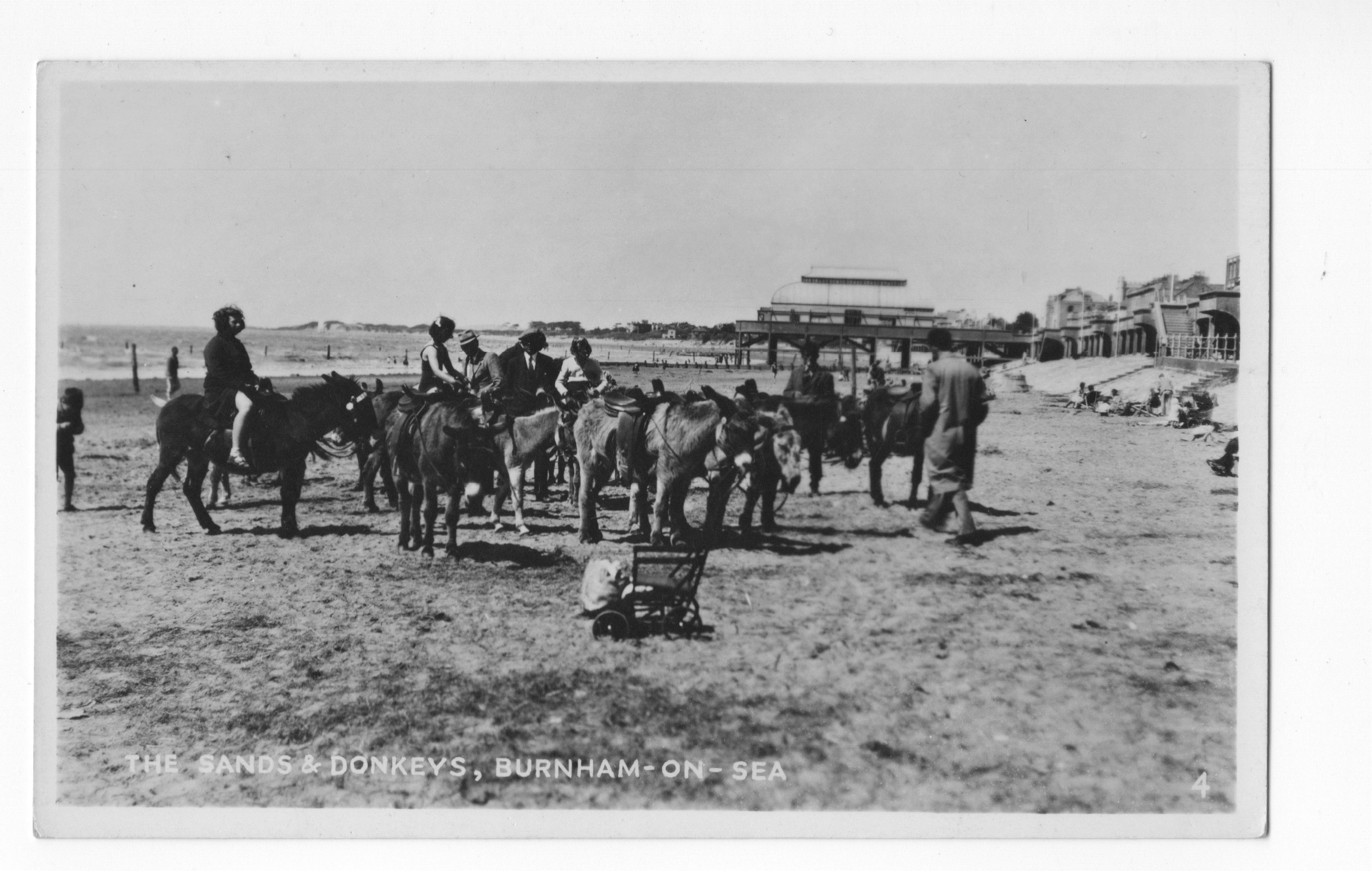 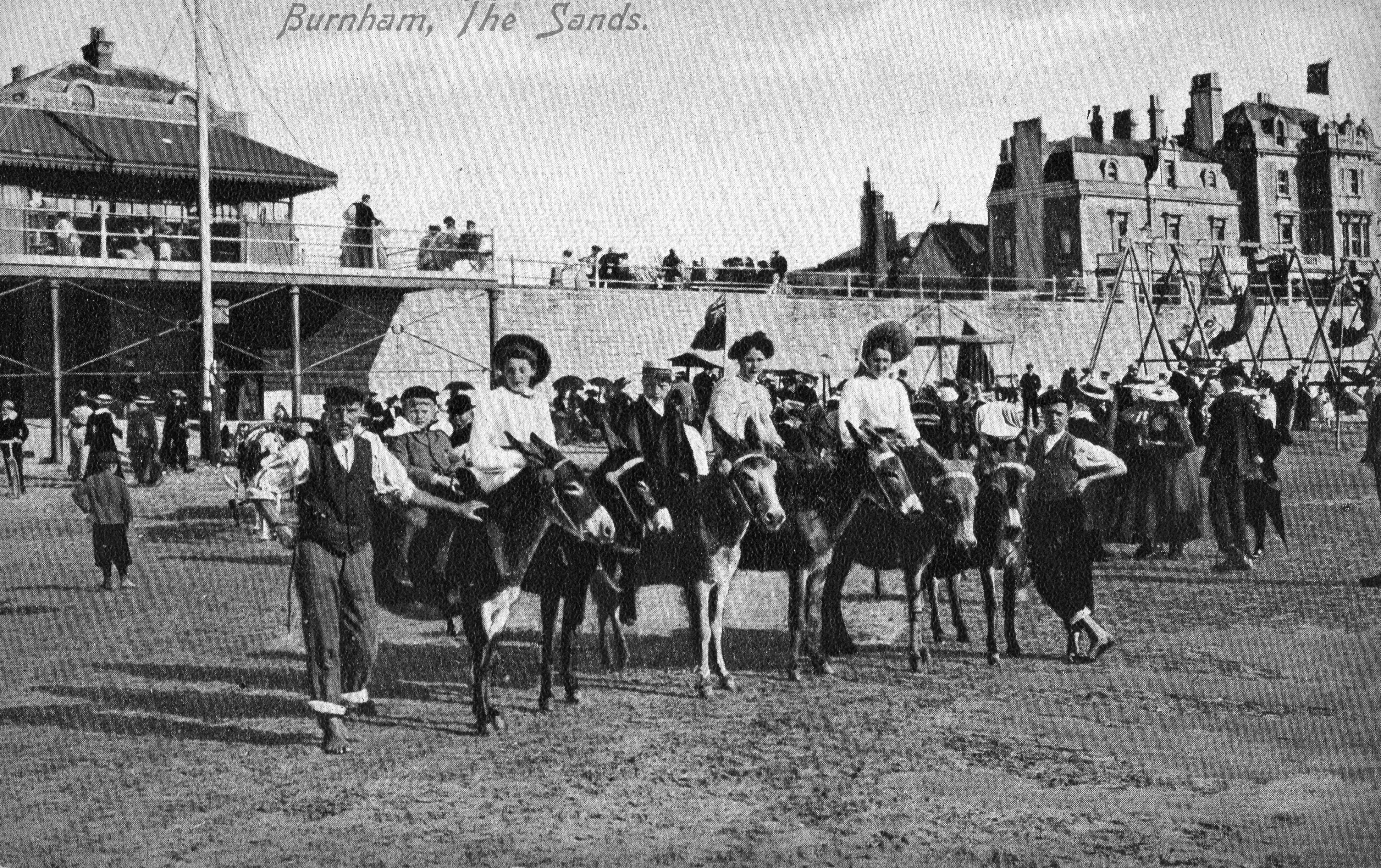 Photo kindly supplied by Paul Wynn. Paul tells us that the man in charge of the donkeys was a relative of his grandparents who lived in Victoria Cottages and stabled the donkeys opposite the Cottages where the shelter is now. 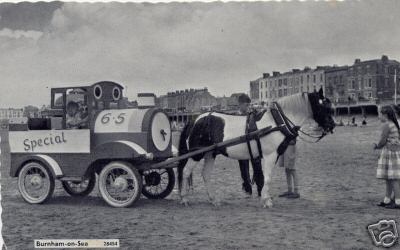 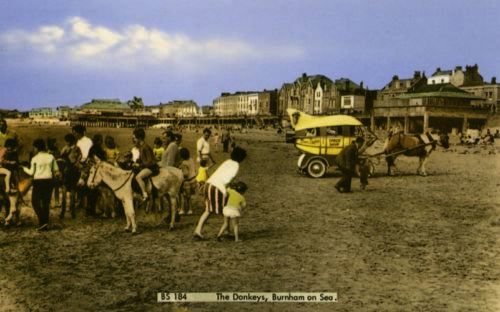 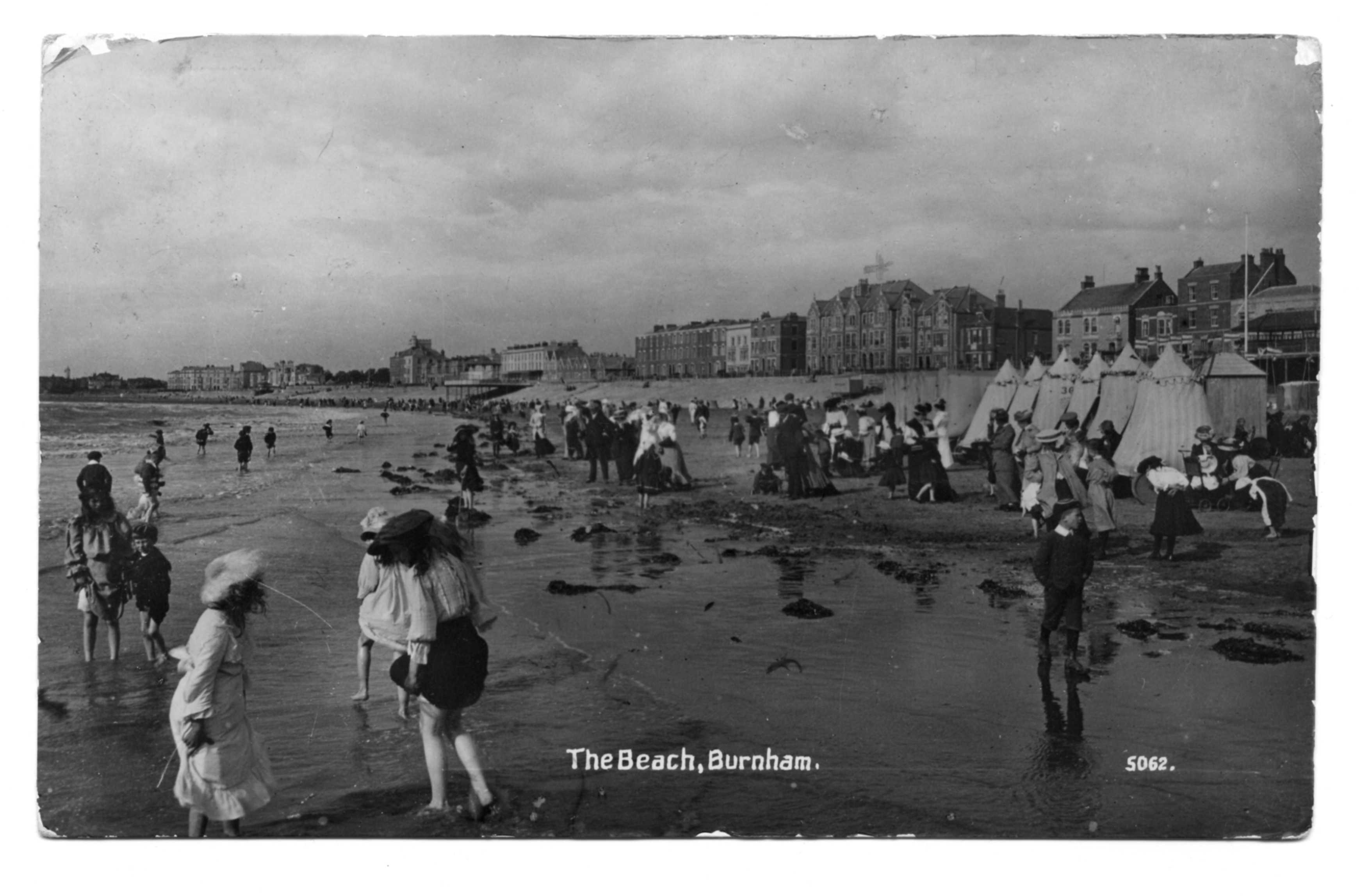 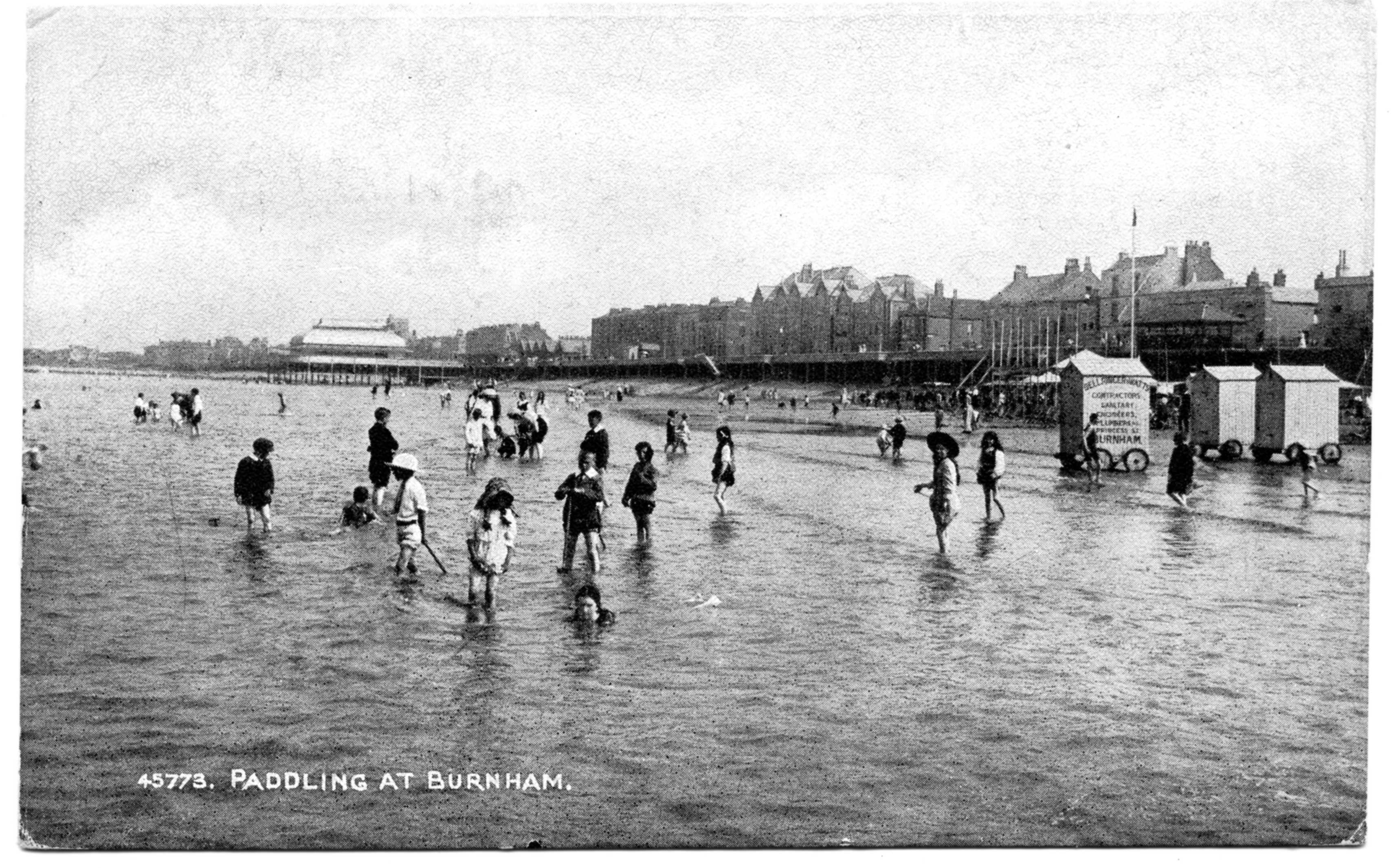 After 1911. The bathing machine at the front has an advertisement on the side for Bellringer & Watts, Sanitary Engineers & Plumbers, Princess St. 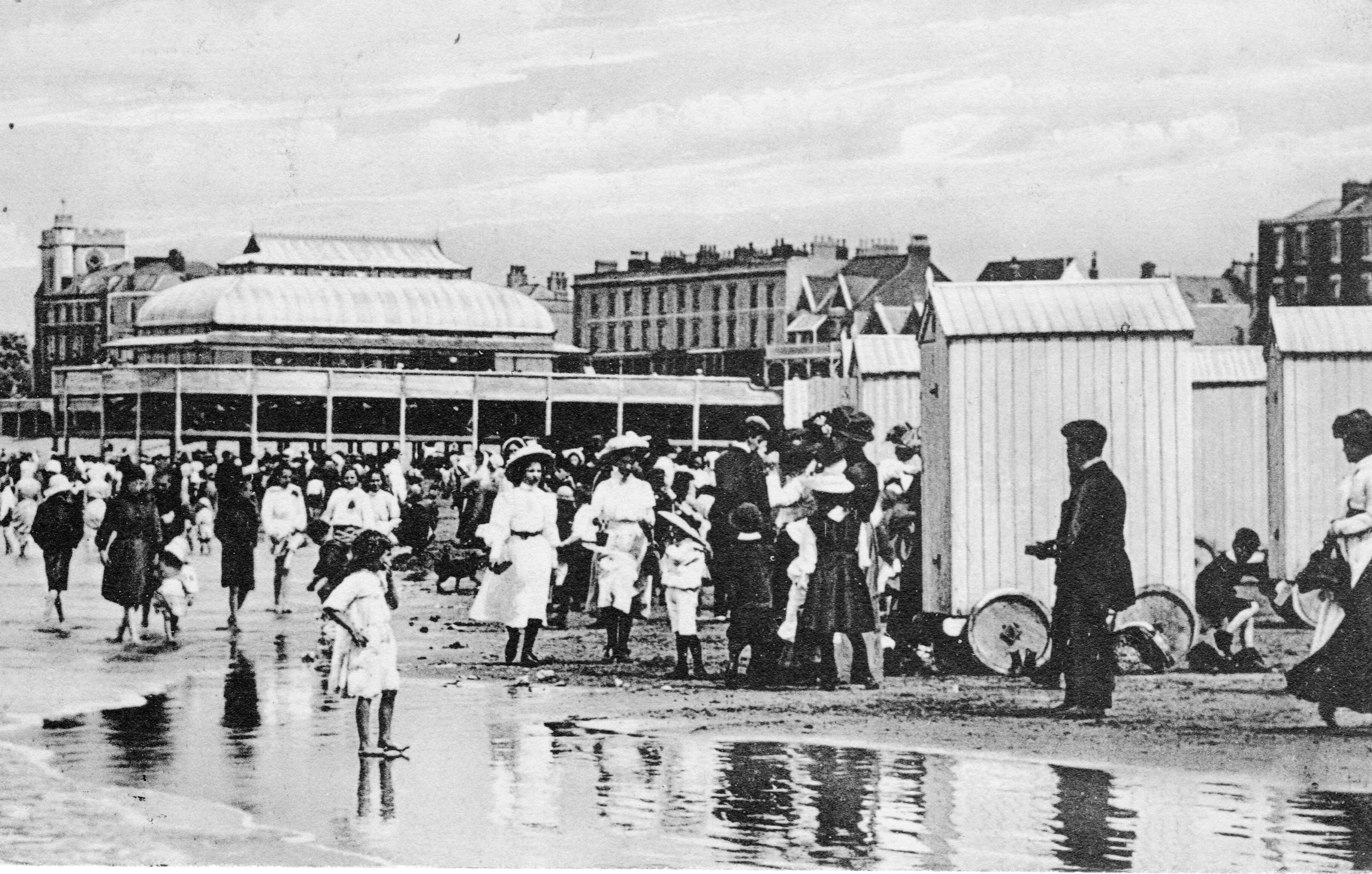 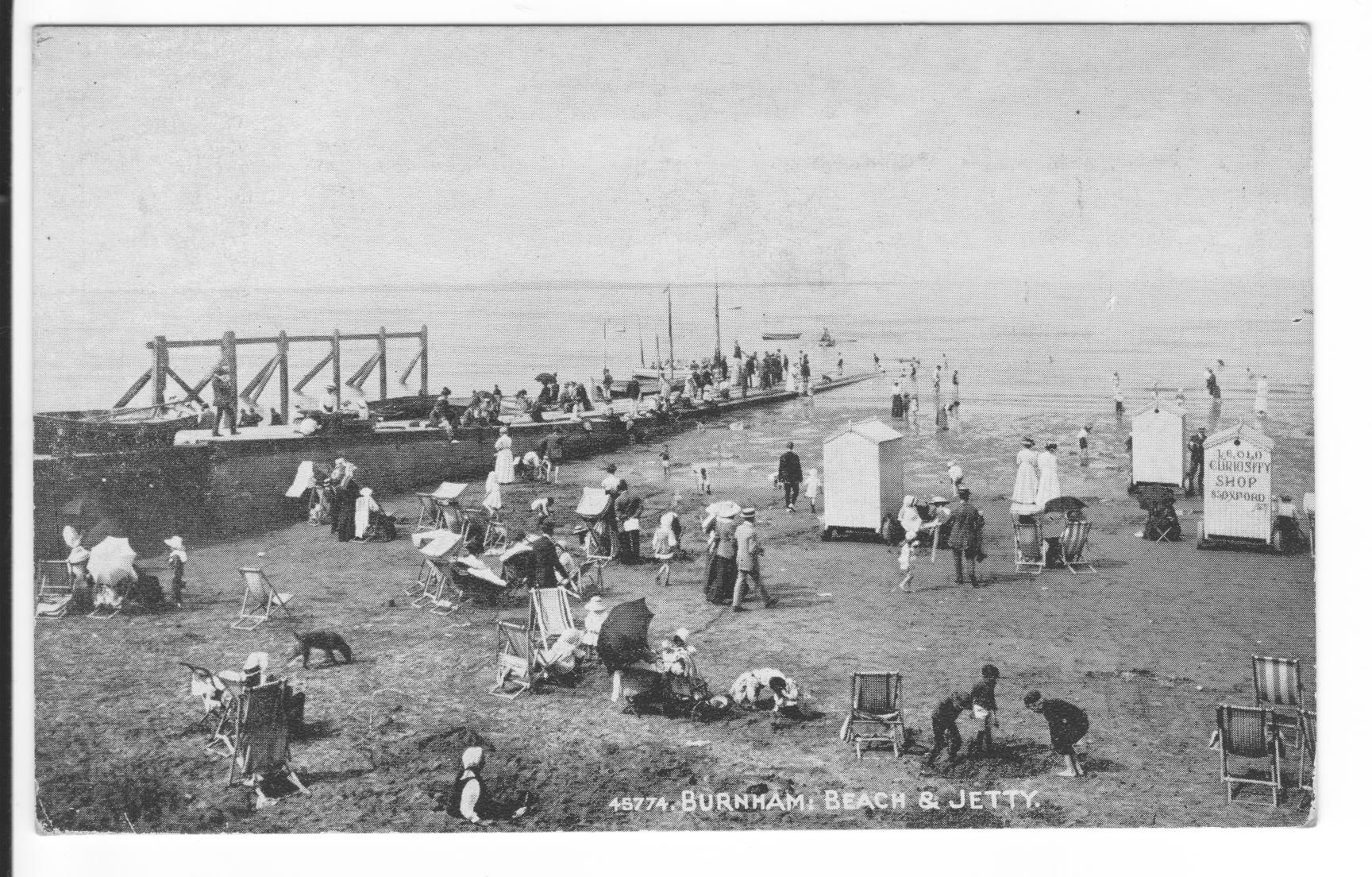 Postcard dated 1915. The bathing machine on the far right has an advert on the side for ‘Ye Old Curiosity Shop’ at 85 Oxford St. 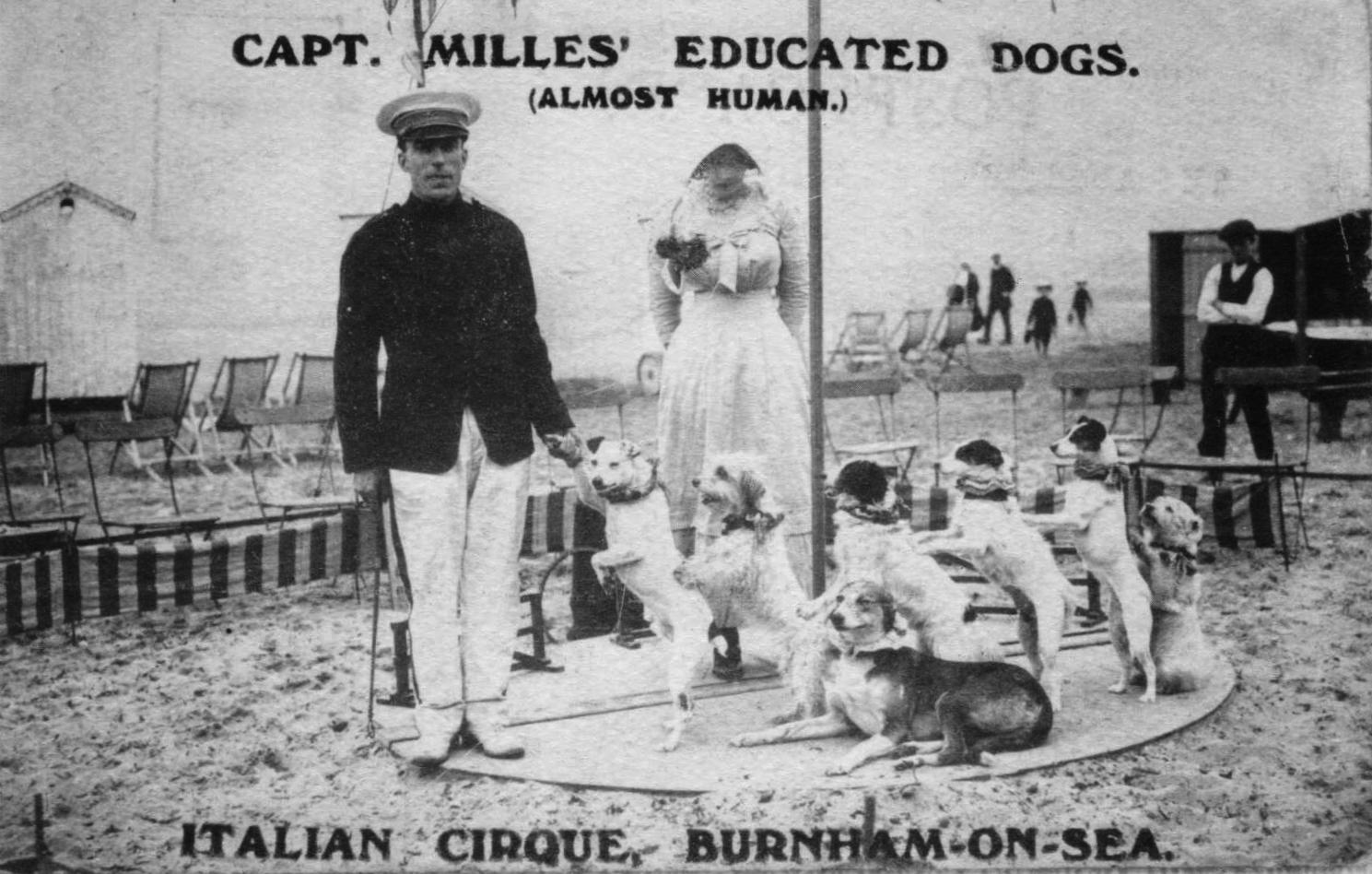 This appears, from the dress, to be Edwardian.  Any information about this remarkable entertainment would be most welcome. 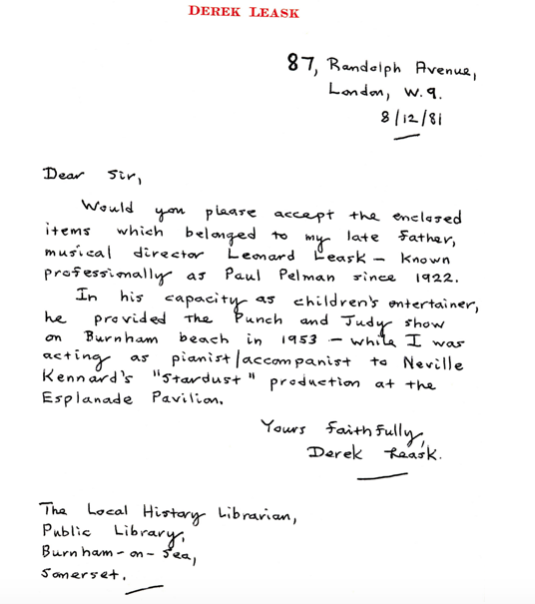 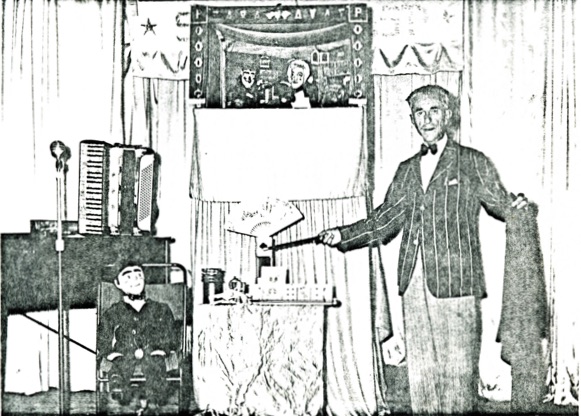 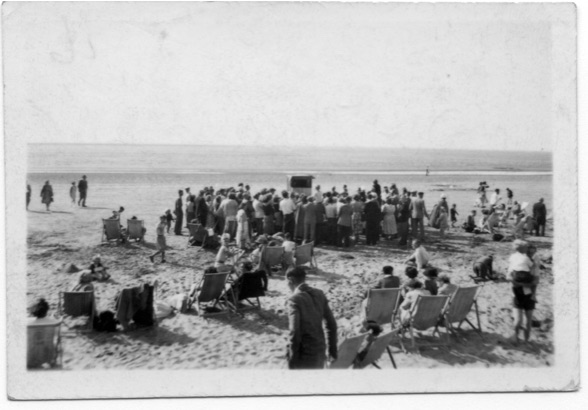 Below: from Burnham on Sea Guide c. 1950. Entertainer not specified. 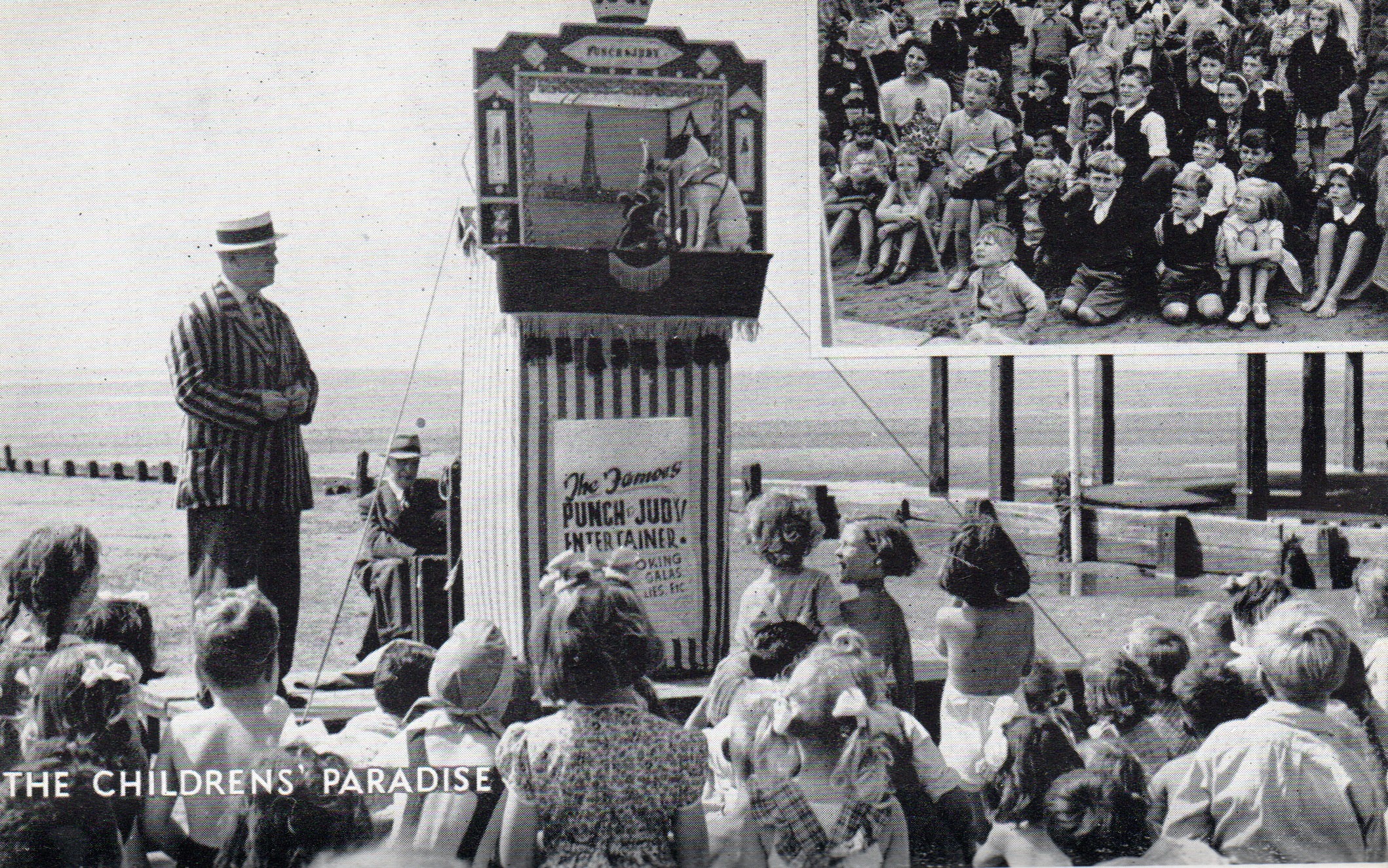 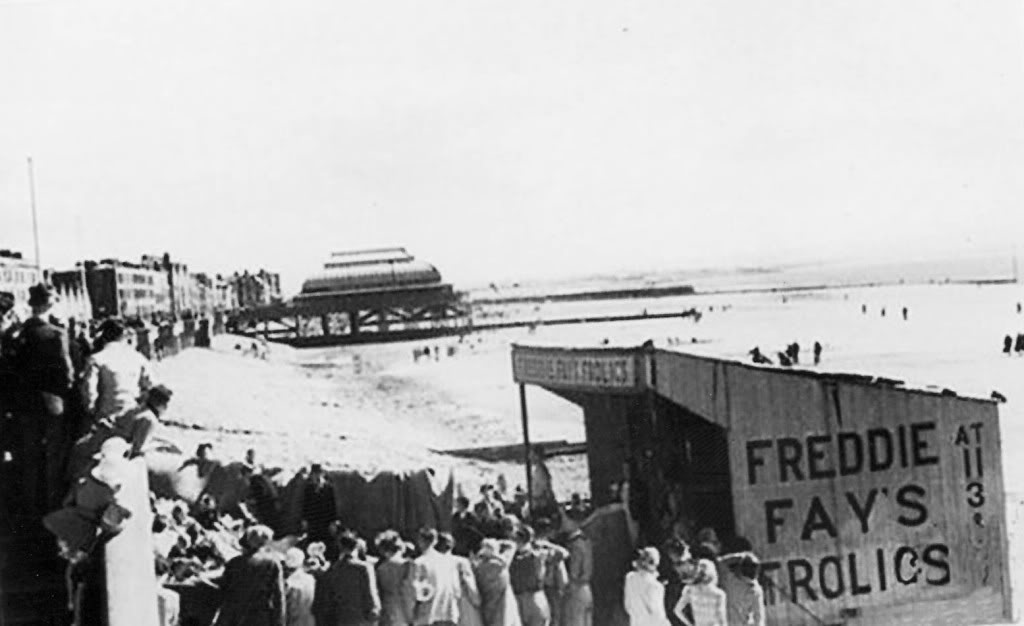 Freddy Fay was a professional entertainer who put on family entertainments on the beach after the Second World War. His wife, daughter  and son-in-law  were all included in the cast. His daughter Erin afterwards became a projectionist at the Highbridge Picture House and at the Ritz Cinema in Burnham. (ref. Winston & Robert Thomas, 2011) 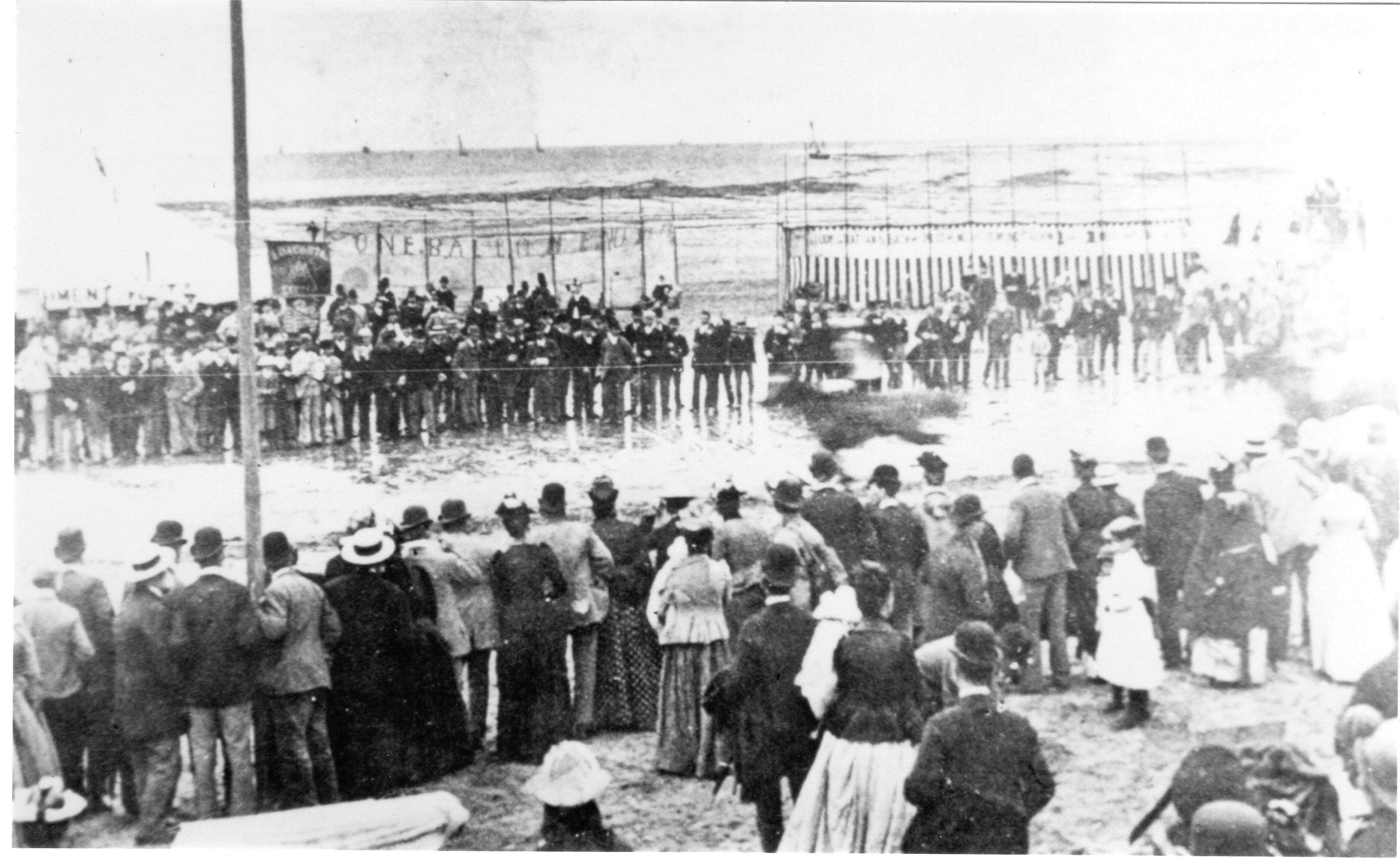 Horse Racing on the beach. Date unknown. Does anyone have any information about this? 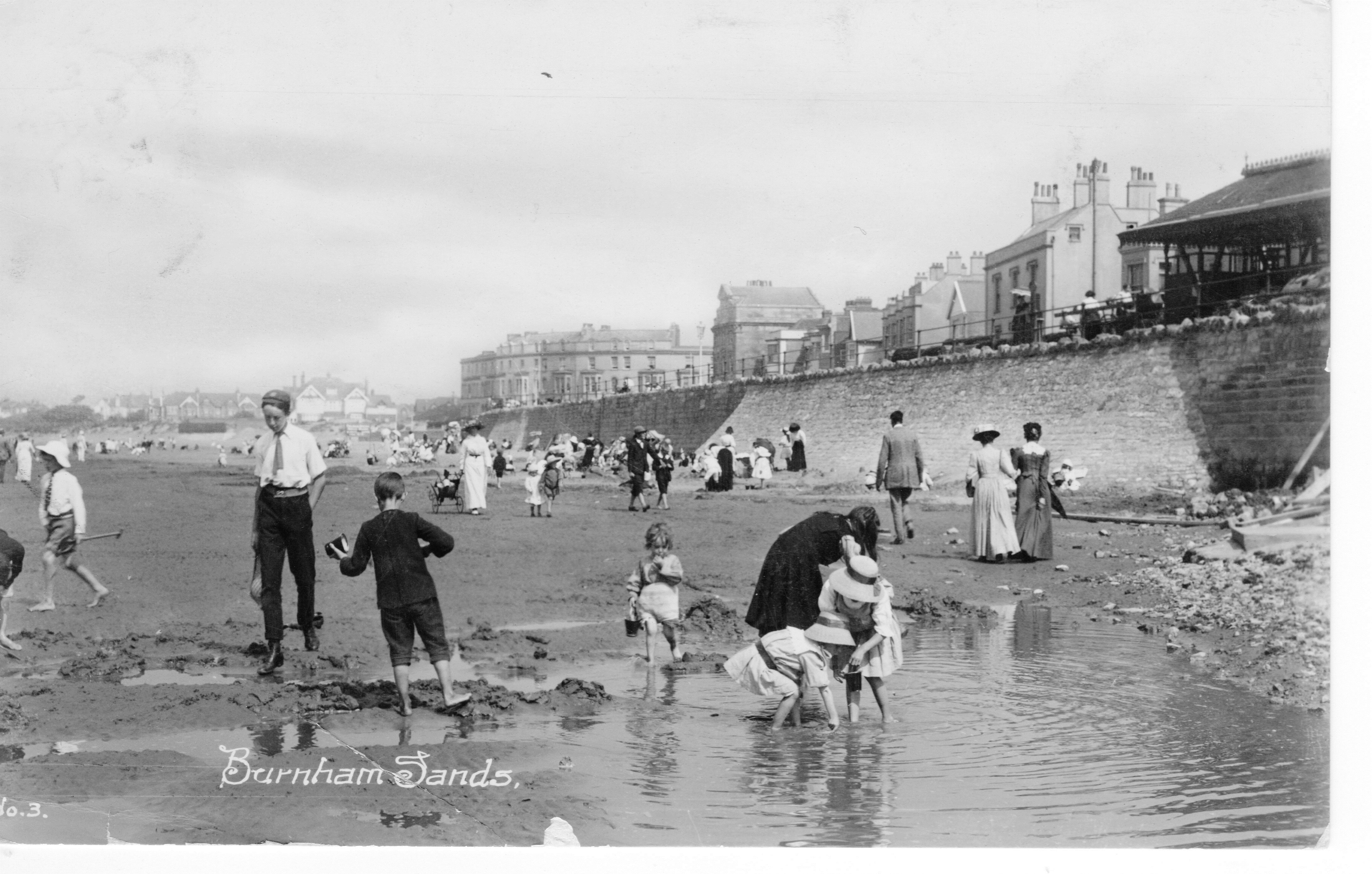 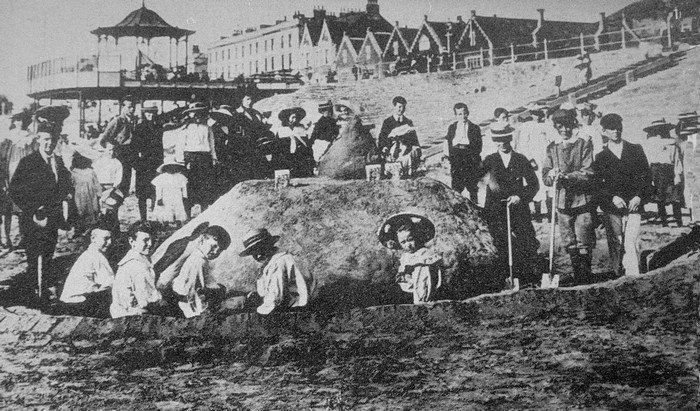 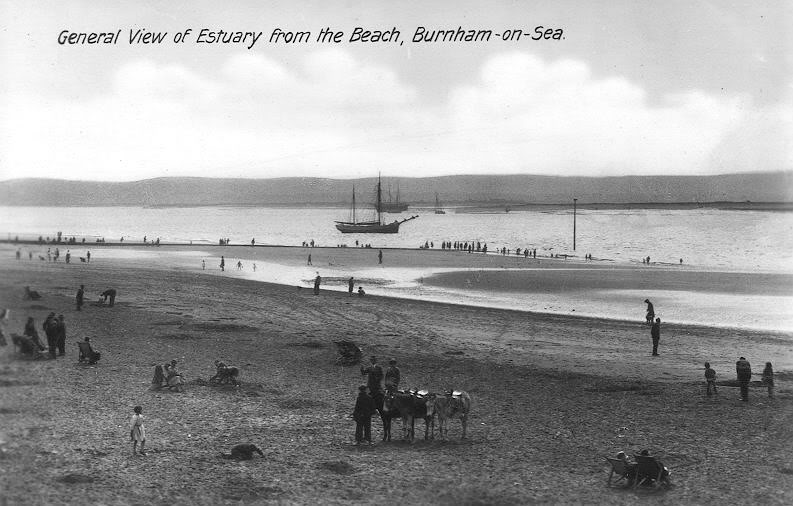 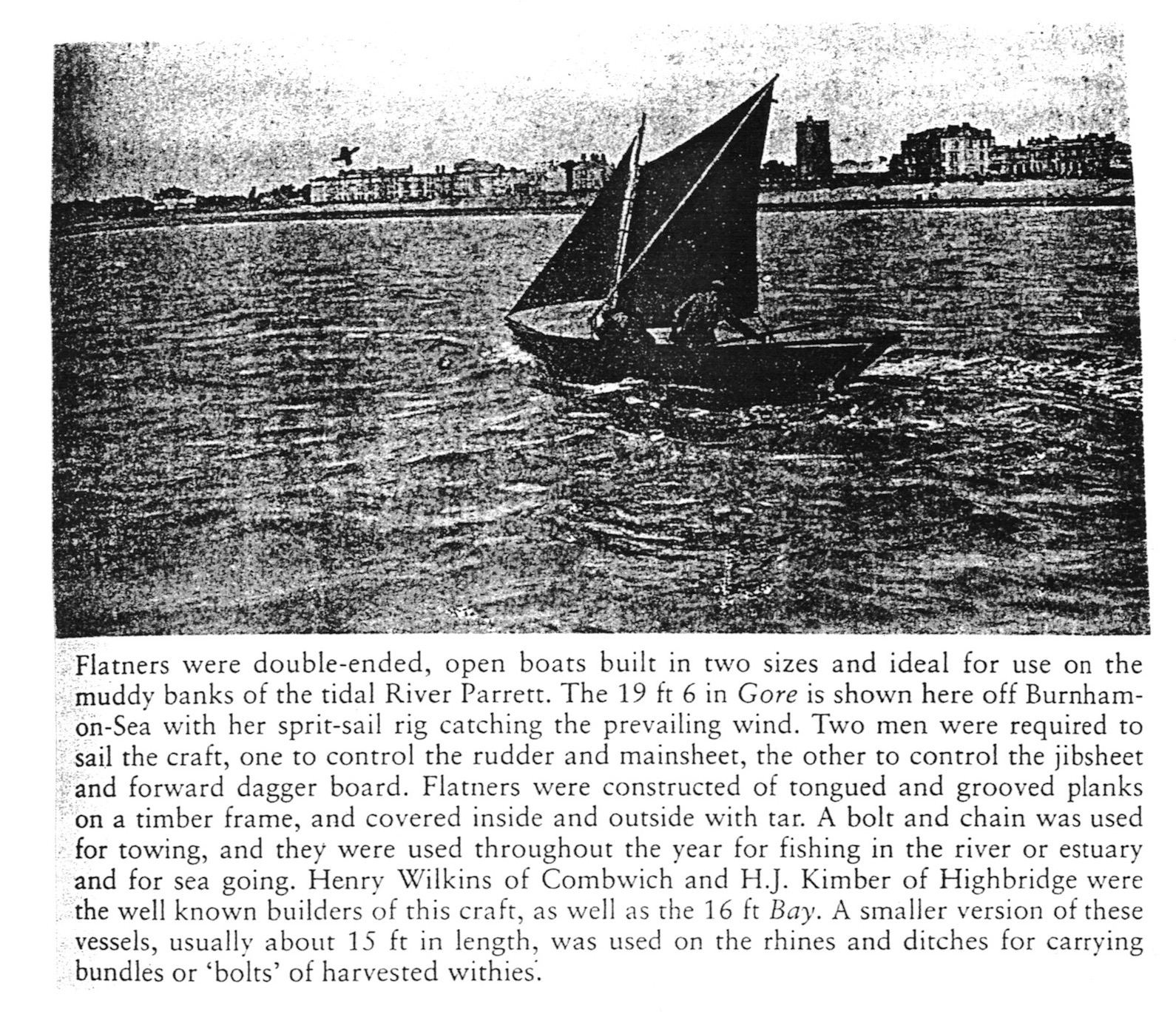 Thanks to Rita Probert for this item, from her book on local genealogy ‘Beyond the Shadows’ 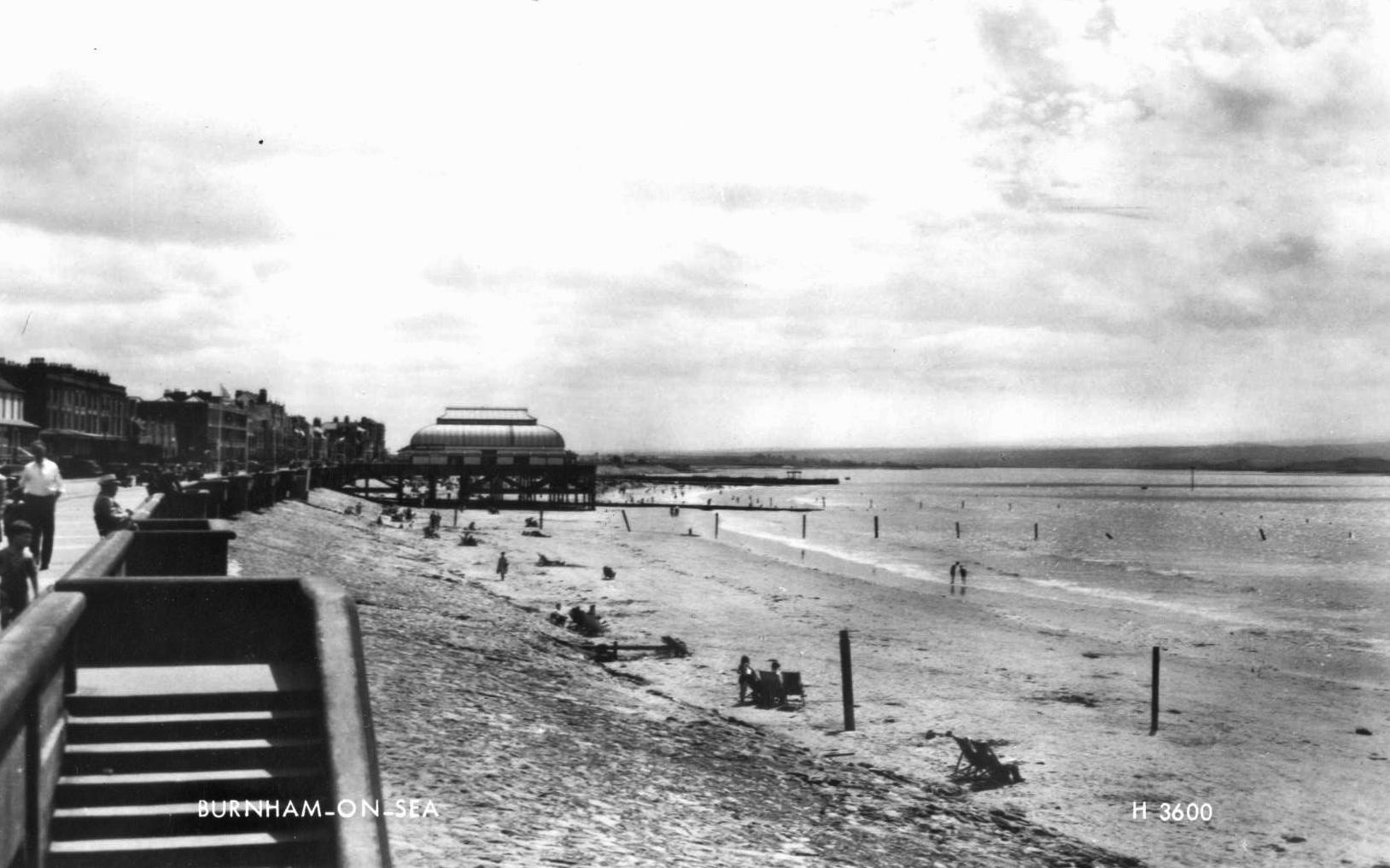 WELL OF ALL THE CHEEK! 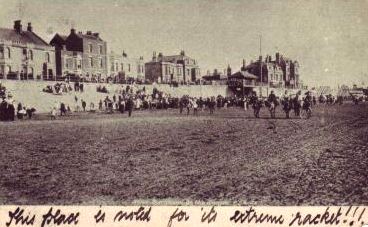 Could this be the reason?

“During the summer months of those years which followed the end of the First World War hundreds of people from the one time slum areas of Bristol were daily brought by char-a-banc to Burnham to enjoy an inexpensive visit to the seaside. It was not unusual on such occasions for whole families, mother father and children together with grandparents uncles and aunts to come on these trips. After one or two glasses of the local brew had rid the women folk of any inhibitions, they often took to dancing their own particular version of the can-can on the pavement or in the street, outside whichever public house they happened to be visiting, to the accompaniment of the inevitable concertina, with occasionally that of a barrel organ for good measure” -from The Book of Burnham on Sea’ by Winston and Robert Thomas