Baker’s Fish and Chips occupied No 4 on the north side  of the west end of the street during the inter-war period. This is now a private residence next to Harris’s Funeral Director’s at No 2. The frontage has been altered, the door having been removed.  Harris’s has been in situ here since the early years of the 20th century, originally being a cabinet-maker’s business. Does anyone know who these gentlemen are? 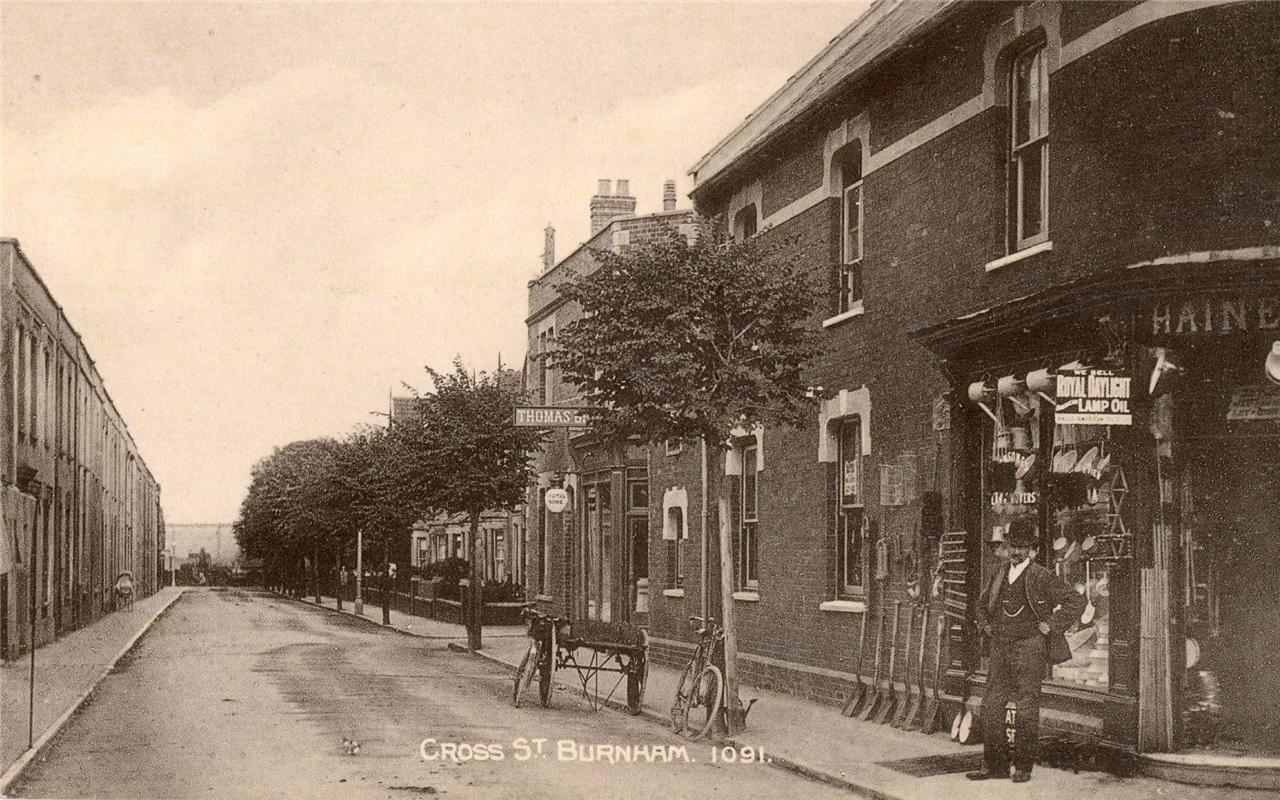 The picture above shows the east end, from Cross St looking towards Oxford St, in about 1914. We can see Haines’ Ironmongers at right which succeeded Tyler’s (advert below from Mate’s Guide 1903) and Ellen Thomas’s ‘Burnham Cocoa & Coffee Tavern before that.  Beyond, at No. 11,  we can see Thomas’ Greengrocers / Painters & Decorators (between the wars) run by one of the Ellen’s sons after he separated from his brother’s plumbing business in the High St. 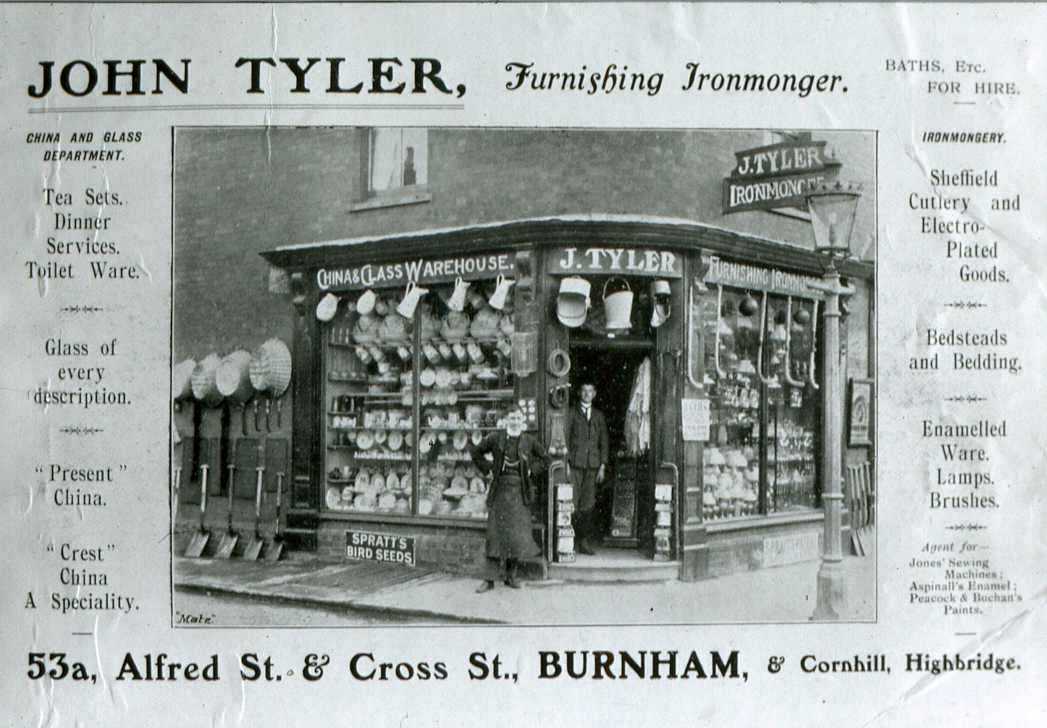 Beyond that is the building which was once the telephone exchange. 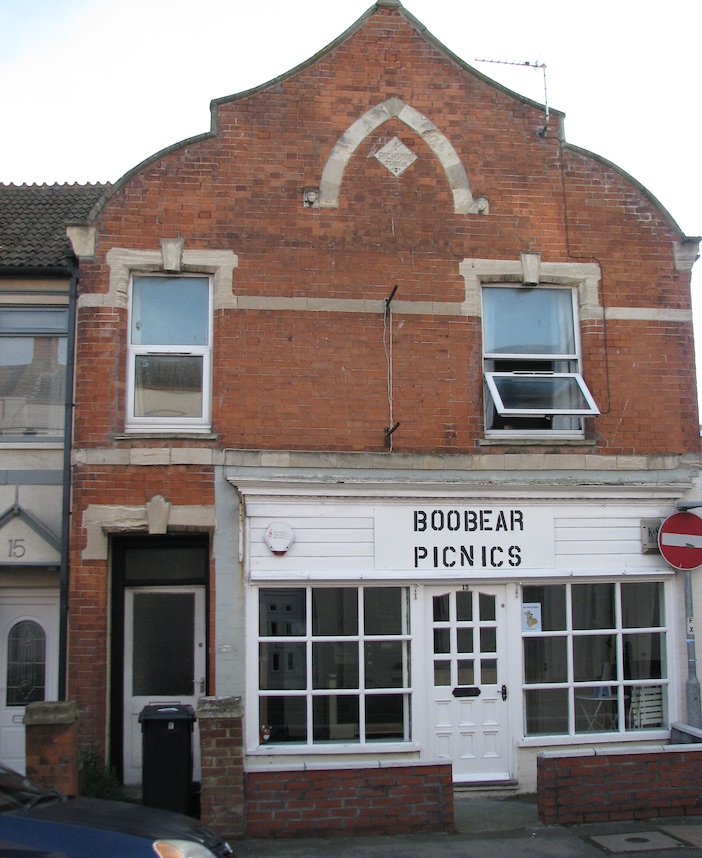 For photographs of the interior see the World of Work page.

At the corner with Oxford St (No. 48 Oxford St) stands the building which was Weakley’s Fruiterers in 1914 but  was later occupied by Wallbutton’s Motor & Cycle Engineers. Wallbutton’s also occupied No 44 Cross St just out of picture above at left from around the 1920’s (previously Overbury’s Boot Repairs). At some point Wallbutton’s ran the corner shop as a General Store and also ran a haulage business from these premises . By the 1990’s the premises had been taken by Buncombe’s Electrical and in 2018 became ‘Flutterby’ Crafts.