Prior to widespread literacy, town criers were the means of communication with the people of the town since many people could not read or write. Proclamations, local bylaws, market days, adverts, were all proclaimed by a bellman or crier.  The cry ‘Oyez Oyez’ is variously pronounced and  is said to come from the old French ouïr (‘to listen’ hence “Hear ye”) though sometimes cried as ‘O-Yes O-Yes’. In past times town criers also had a law-keeping role. He may have escorted the destitute to the workhouse, installed minor criminals in the stocks and administered floggings. During public hangings he read out why the person was being hanged, and helped to cut him or her down. As the Town Crier was a representative of the Crown, interfering with him carrying out his duties could be treated as treason.

We only have knowledge of three Town Criers in Burnham’s history: ‘Jumbo’ Cox; Fred Smith and Alistair Murray 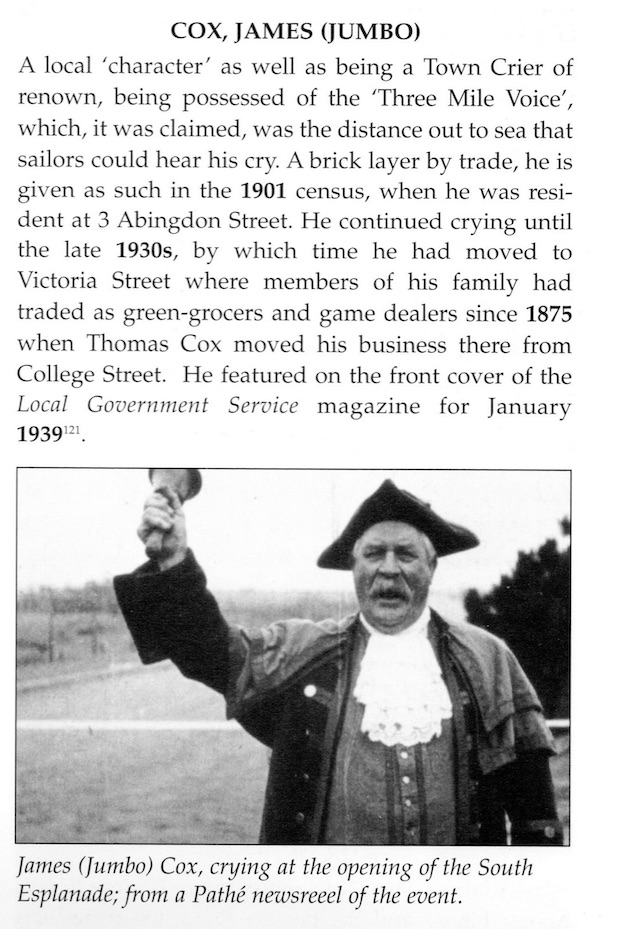 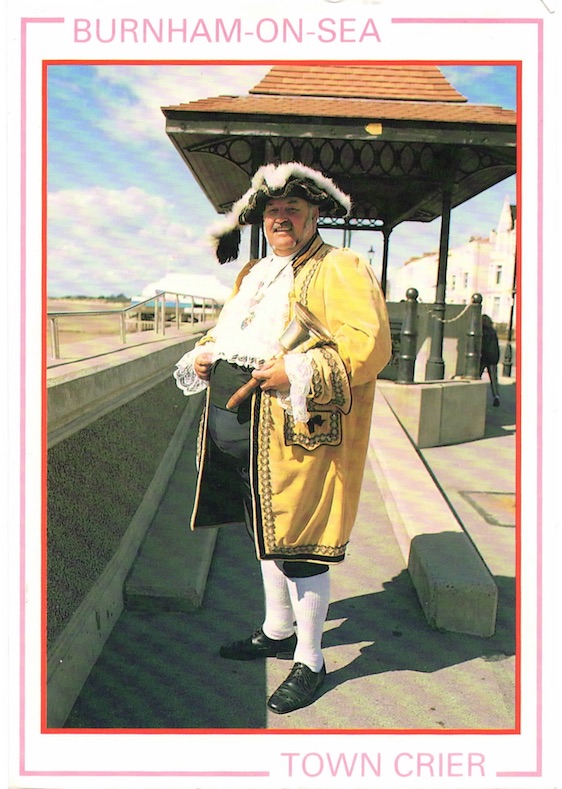 Fred Smith, was Town Crier during the 1990’s, and commemorated in a postcard, above. Seen below during a ‘Burnham Victorian Week’ during which he led guided walks around the town. 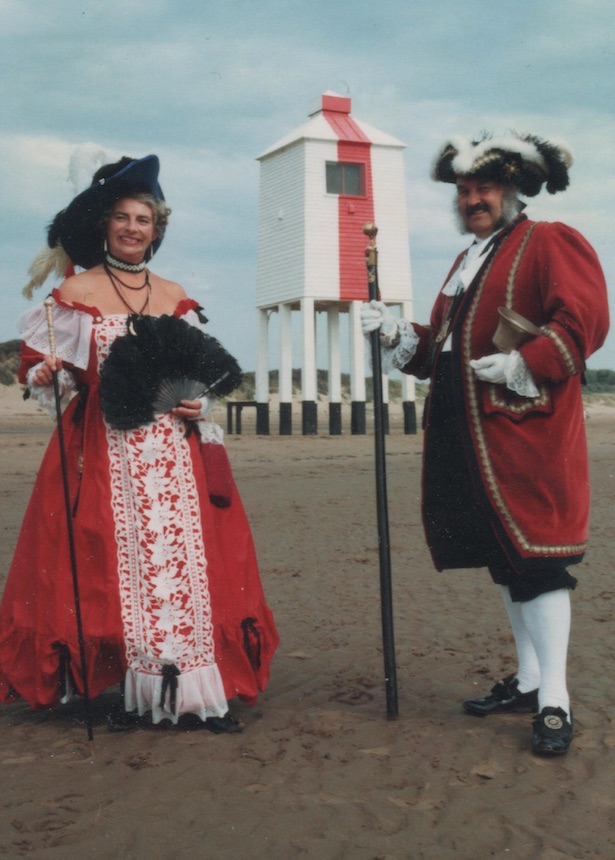 After Fred’s death his wife Shirley carried on some of his duties as  for a time.

Below is a copy of a scroll of a proclamation signed & announced by Fred during the run up to the Millennium.

It is likely that the town has had long periods without a Town Crier until specific initiatives have been taken. Alistair Murray, a founder member of the Burnham Pantomime Society, won a competition to become the current Town Crier and is commemorated in a postcard below. He is often to be seen around the town announcing special events and involved in conducting ceremonies. 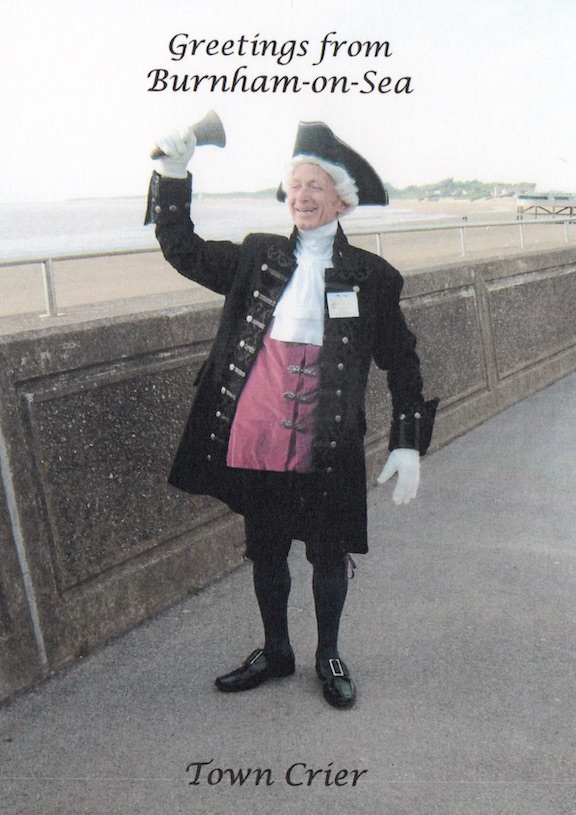 below, Mr Murray cuts a cake at the Information Centre  in celebration of his 70th birthday.

If you have any further information about Burnham’s Town Criers please comment below.