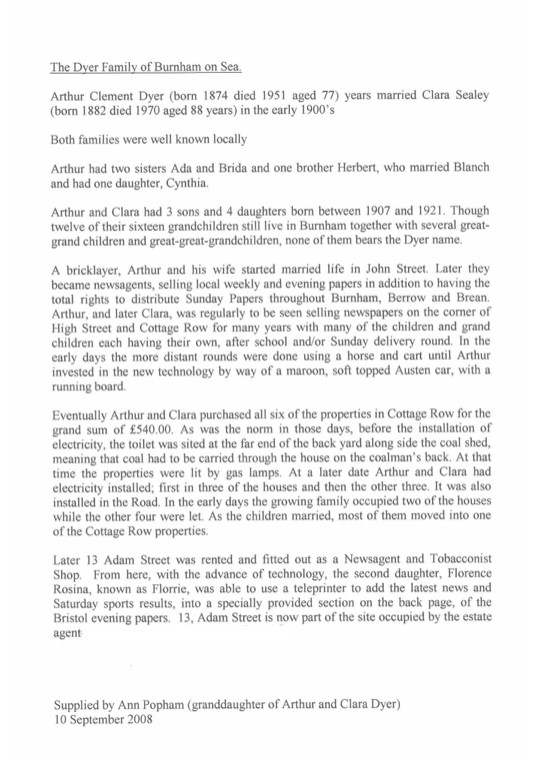 Below, four generations of the Dyer family pictured in 1959 in the back yard of No 41 High St: seated are Clara Dyer and her second daughter Florence Marchent; standing is Florence’s daughter Ann Popham and on Clara’s lap is Ann’s son Mervyn.

Ann tells us that the pram in the background is a typical fashion pram of the time with a Morland’s canopy. Below is an advertisement from the Burnham Guide of 1957. 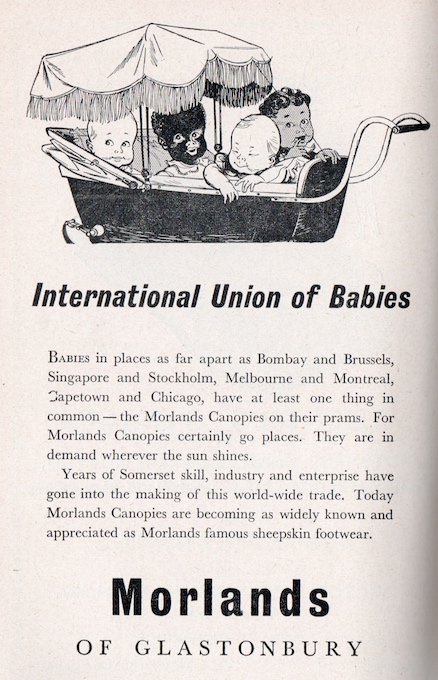 Could this (below, 1904) be Arthur Dyer’s grandfather?