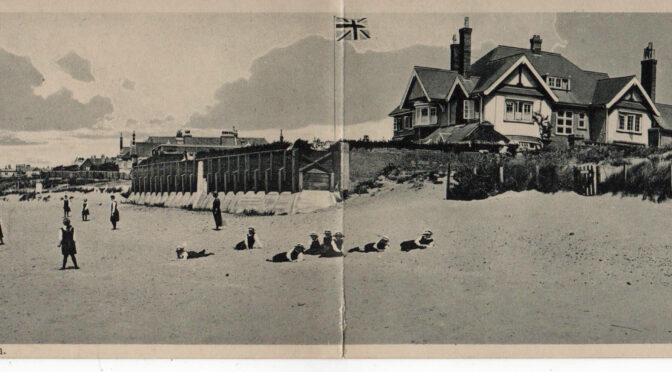 The Gables, in Poplar Rd, was owned by the Lysaght family. During WWI it was used as a military hospital. After the war the family sold the property and St Margaret’s girls’ school moved in. The school had previously occupied premises in Julia Terrace next door to Brean Down House School, where it had been founded in around 1910 by Mary and May Cooper [an advert in the Weston-super-Mare Gazette is actually dated 1908]. The school remained at Poplar Rd until its closure in the mid 1950’s.  (The Book of Burnham, Winston and Robert Thomas p. 83).

The next images of the interior of the school and tennis court have been supplied courtesy of Carol Newman, as has the one at the head of the page.

The images and letters that follow have been kindly supplied to us by Jenny Welland. In the photo below, dated 1910, Violet Welling, Jenny’s relative, is marked with a cross. 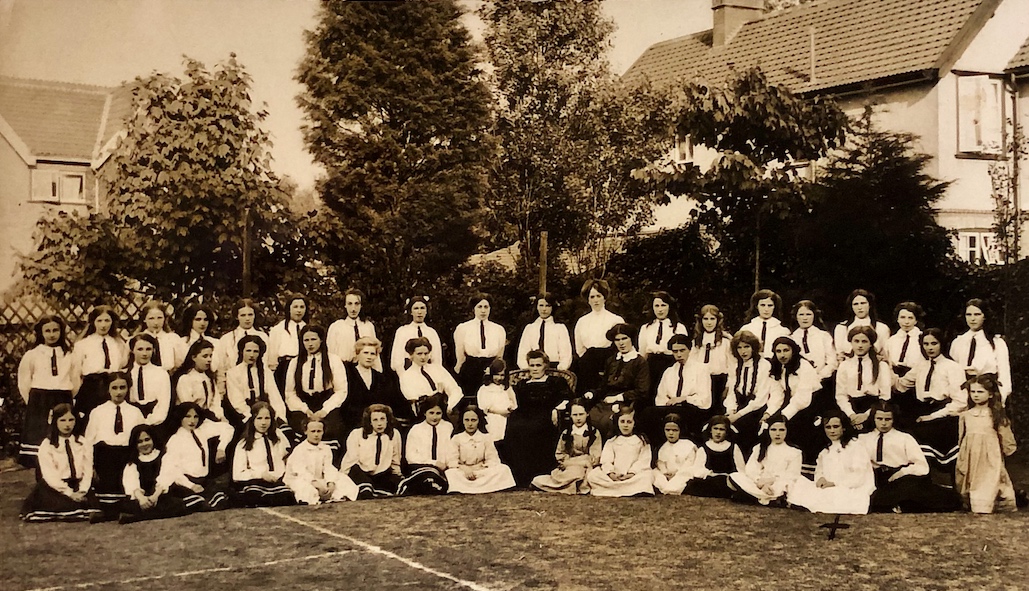 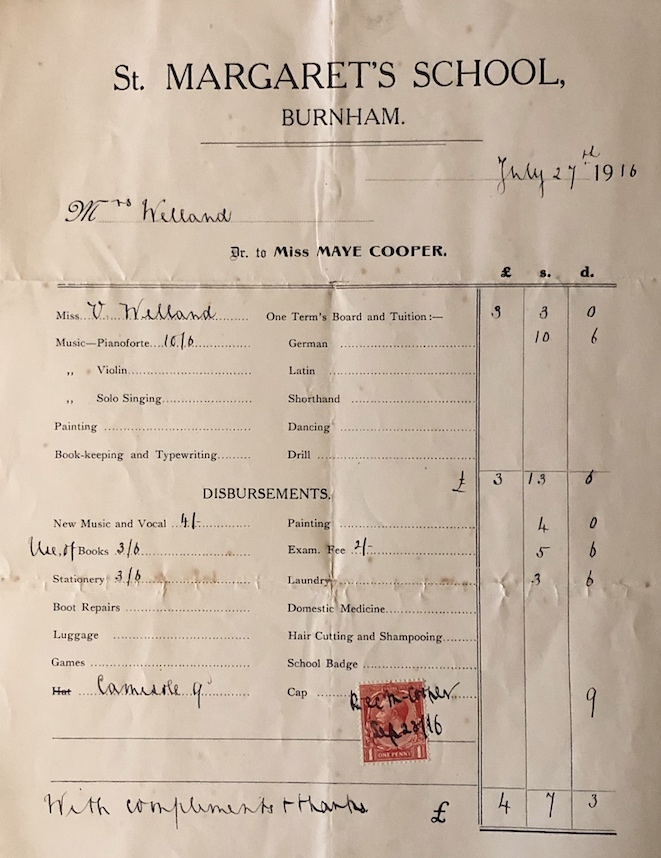 Above is an invoice to Violet’s mother from 1916.

Alex Stone has kindly donated to the NSLHG a notebook kept by one of the pupils, which she found by chance  in a secondhand book store in Dartmouth. It appears to be dated 1918. Below are scans of some of the pages including autographs of other pupils. 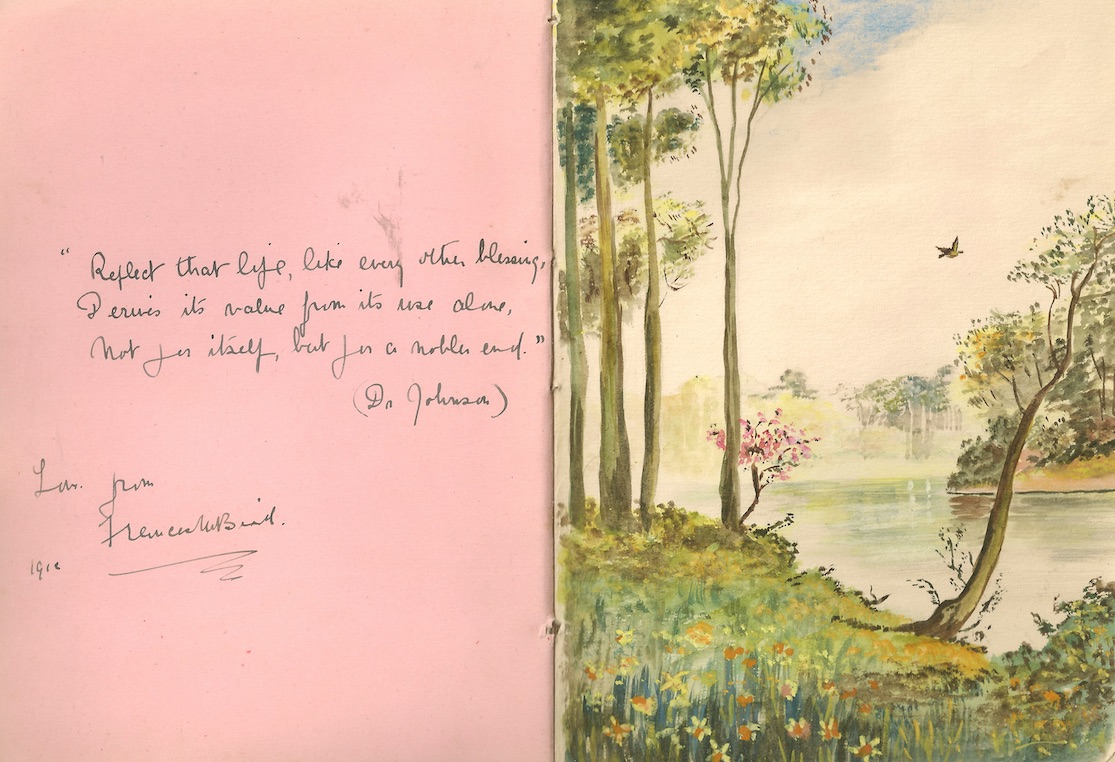 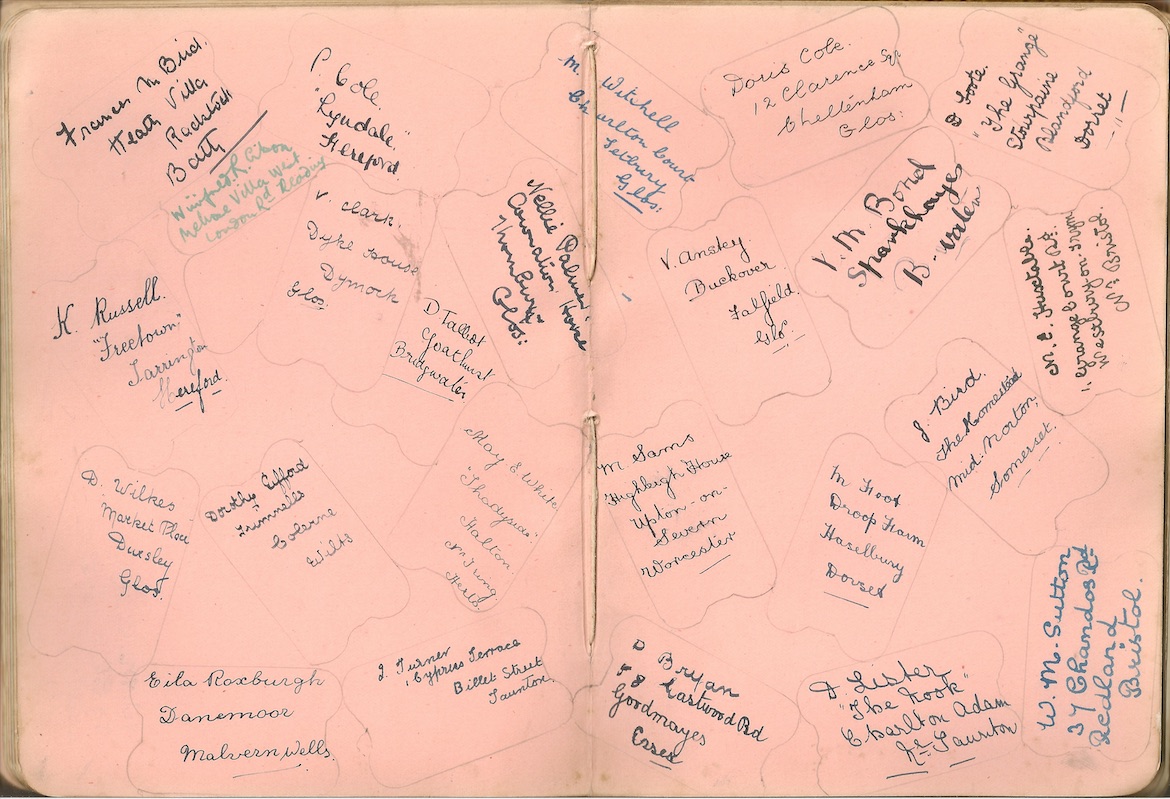 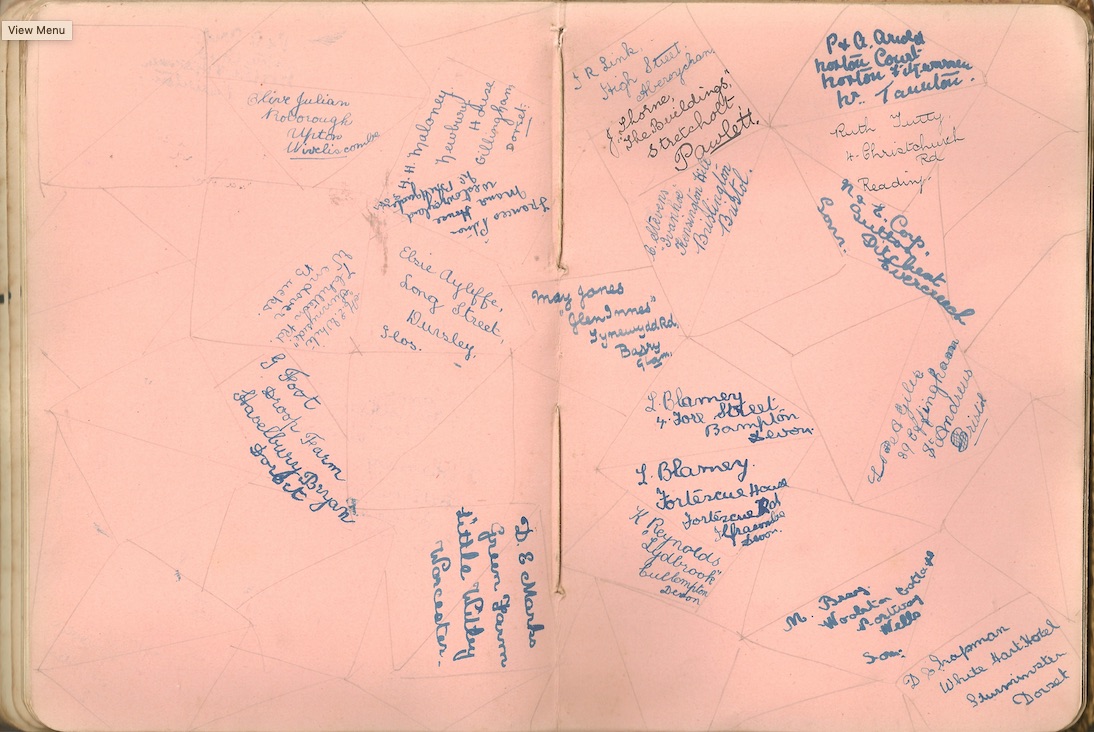 Next is a letter of 1918  from Maye Cooper to the pupils which possibly pre-dated the move to Poplar Rd. 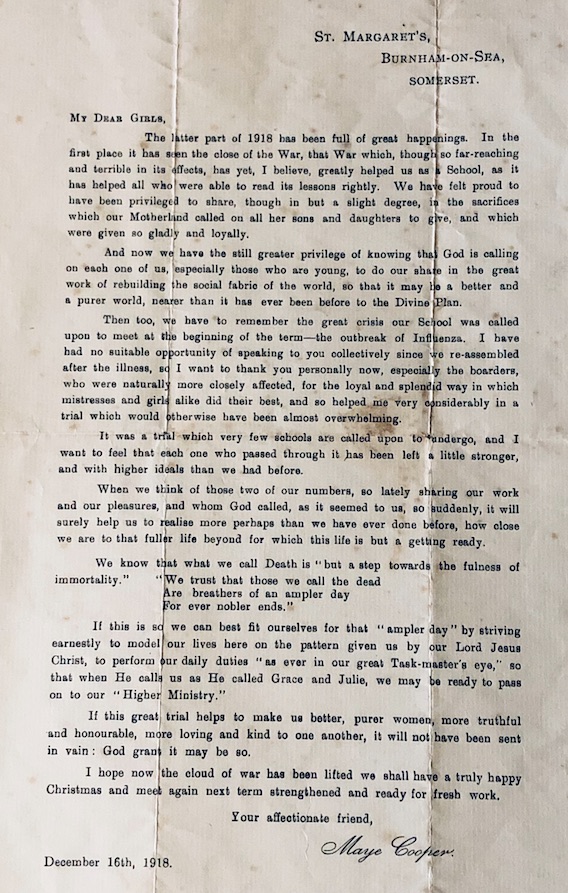 Below is a report from the Western Daily Press and Bristol Mirror of 27th May 1933. 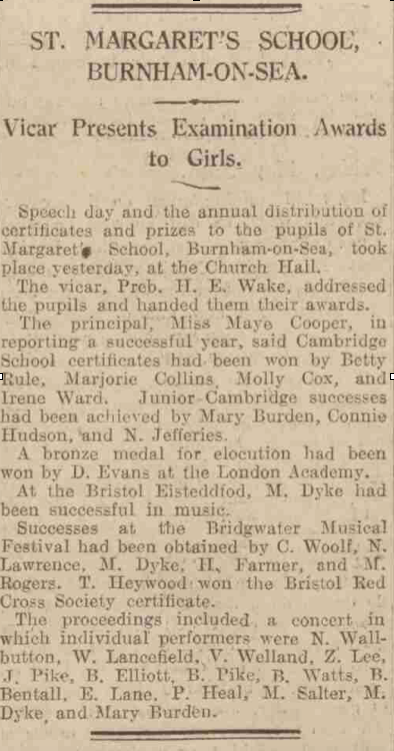 There follow two letters from Maye Cooper to the Old Girls Association Magazine. The first is undated, the second dated 1939. There appears to be an untold story behind these letters as it seems that at the time of writing of the first Maye Cooper had retired, but by the second she had returned to take charge of  the school once more. 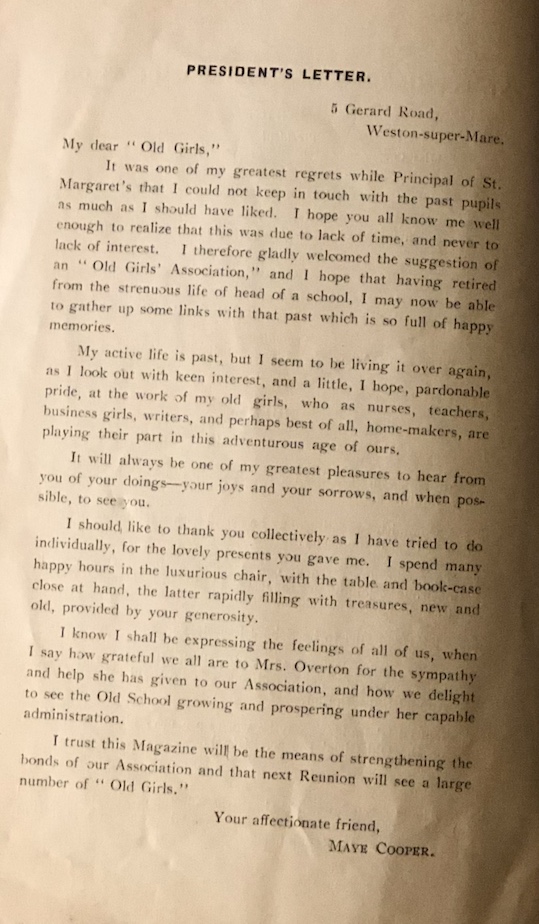 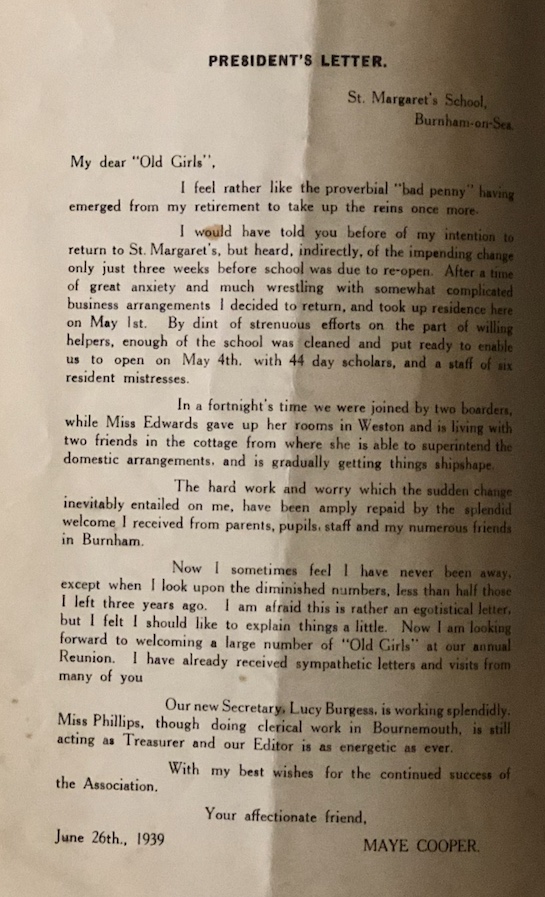 The next photo is unidentified but appears as if it could be an ‘old girls’ reunion. 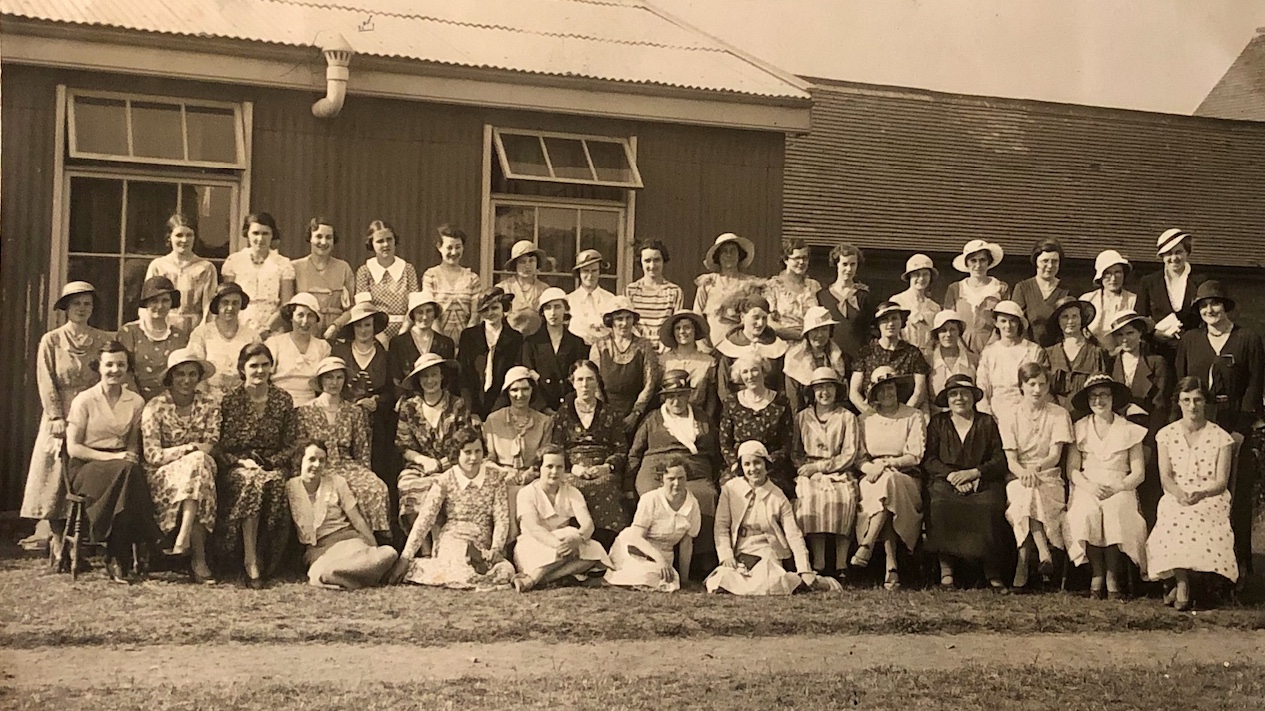 Below are two photos of performances at the school. They are undated but the first, from the costumes, appears as if it may have been around the time of WWI. 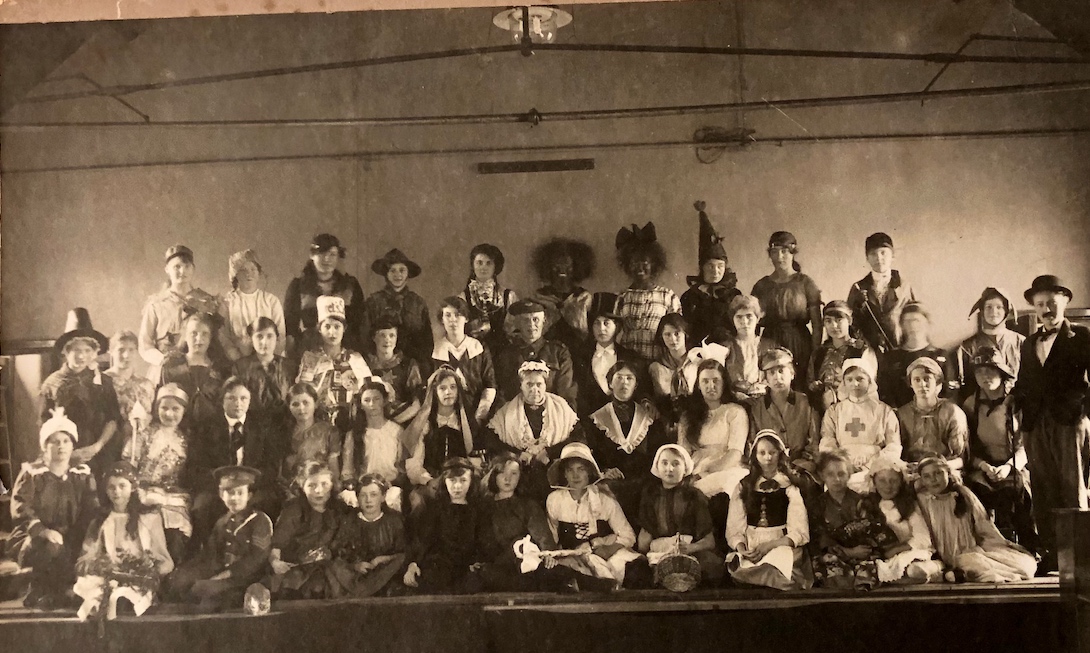 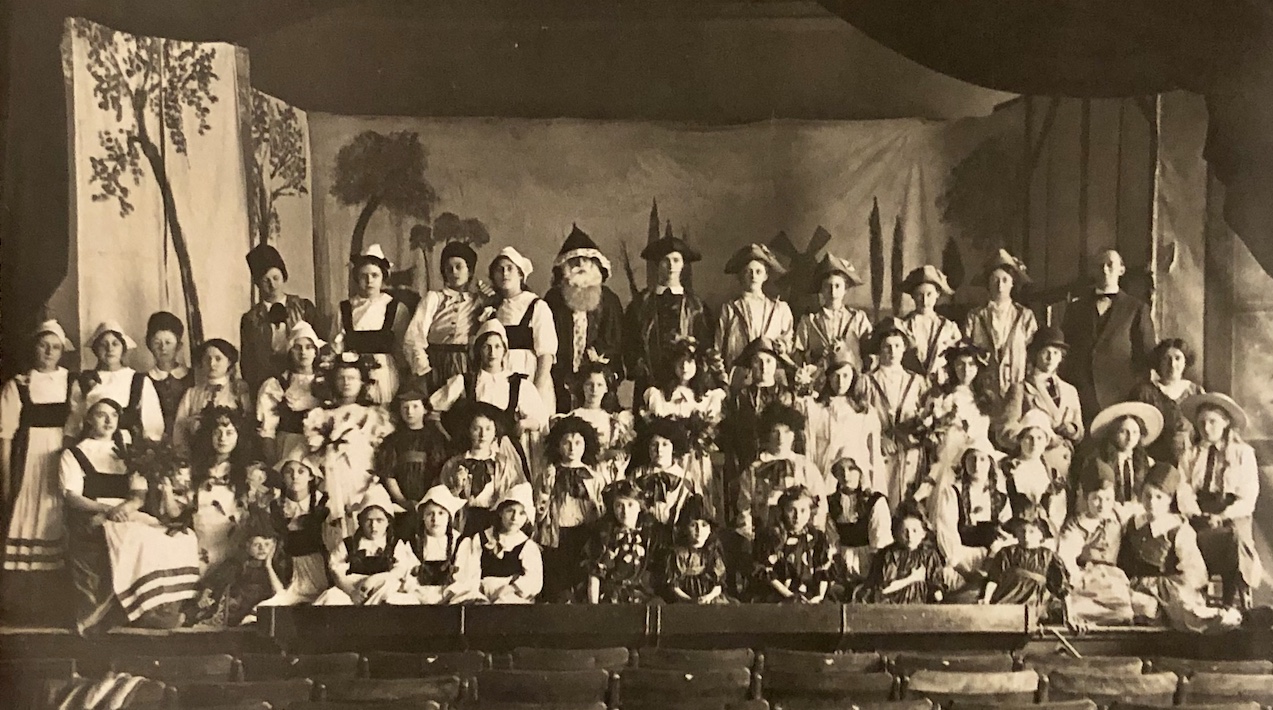 It appears that at some point St Margaret’s amalgamated with Oakover School. Advert below from 1942: 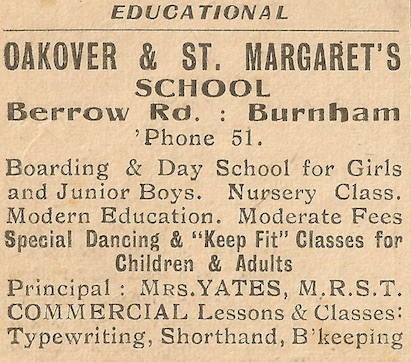