It seems that the eastern end of this street was at one time known as Coronation St, possibly before Adam St was joined up to it from the High St. 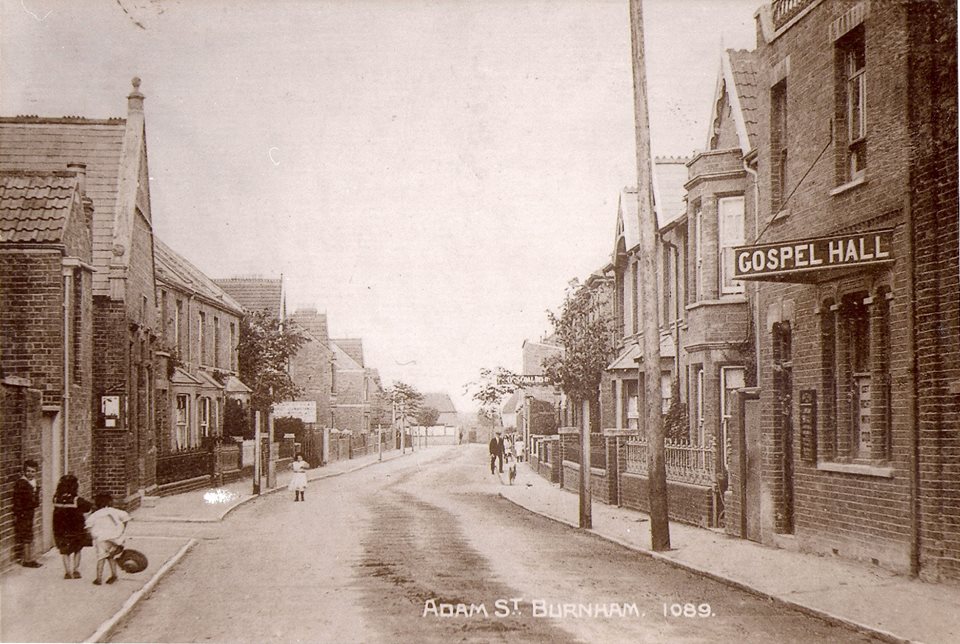 The photo above shows the the east end of Adam St, looking towards Oxford St, probably taken during the early 1900’s. It shows the Gospel Hall, which was part of the rear of the Methodist Chapel on the right. Opposite is the Adult School which can also be seen in the photo below.

The picture below is taken in front of the Adult School. In the distance can be seen a sign for the GWR Receiving Office, which appears to be on the building later occupied by Adam Antiques & Auctions in the 1990’s and by Clapp’s Builders during the 1930’s. The delivery cart may be from the dairy  at No 57 Victoria St. 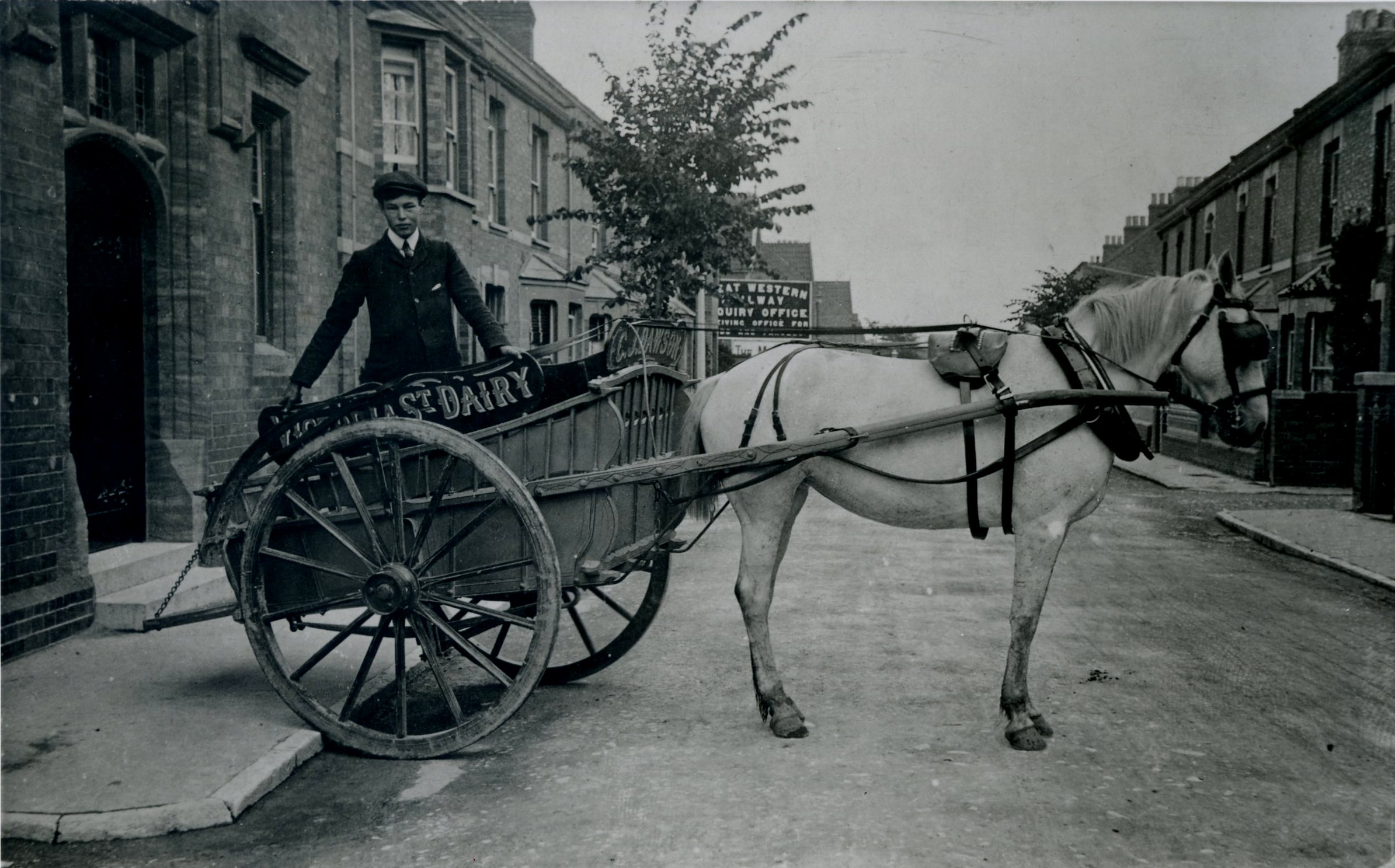 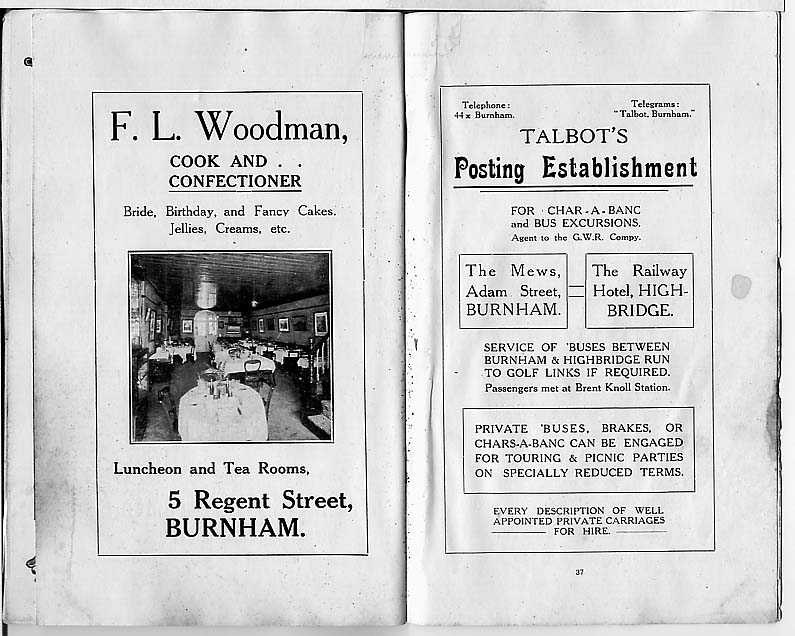 The precise whereabouts of Talbots (advert above right from the Golf Guide /1910’s) in Adam St Mews is not clear. It is thought likely that this was either the area now occupied by G.H. Tyres, or the area opposite, which was occupied by Adam Antiques & Auctions. The former had been the site of Prior’s Coal Merchant’s  during World War I. 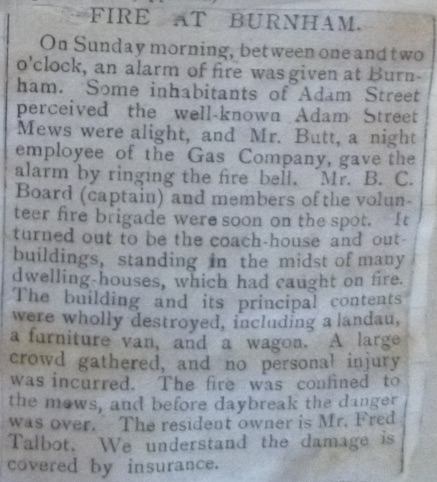 Above is a more recent picture of what was the Gospel Hall, which is now closed up, and the ‘FrozenFare’ food shop (No. 15), probably taken in the 1980’s. G.H. Tyres & Accessories occupied these premises at some time during the 1970’s. During the 1920’s & 30’s it housed Thomas’s Wholesale Tobacconists.

The photo below is taken from the Oxford St end. 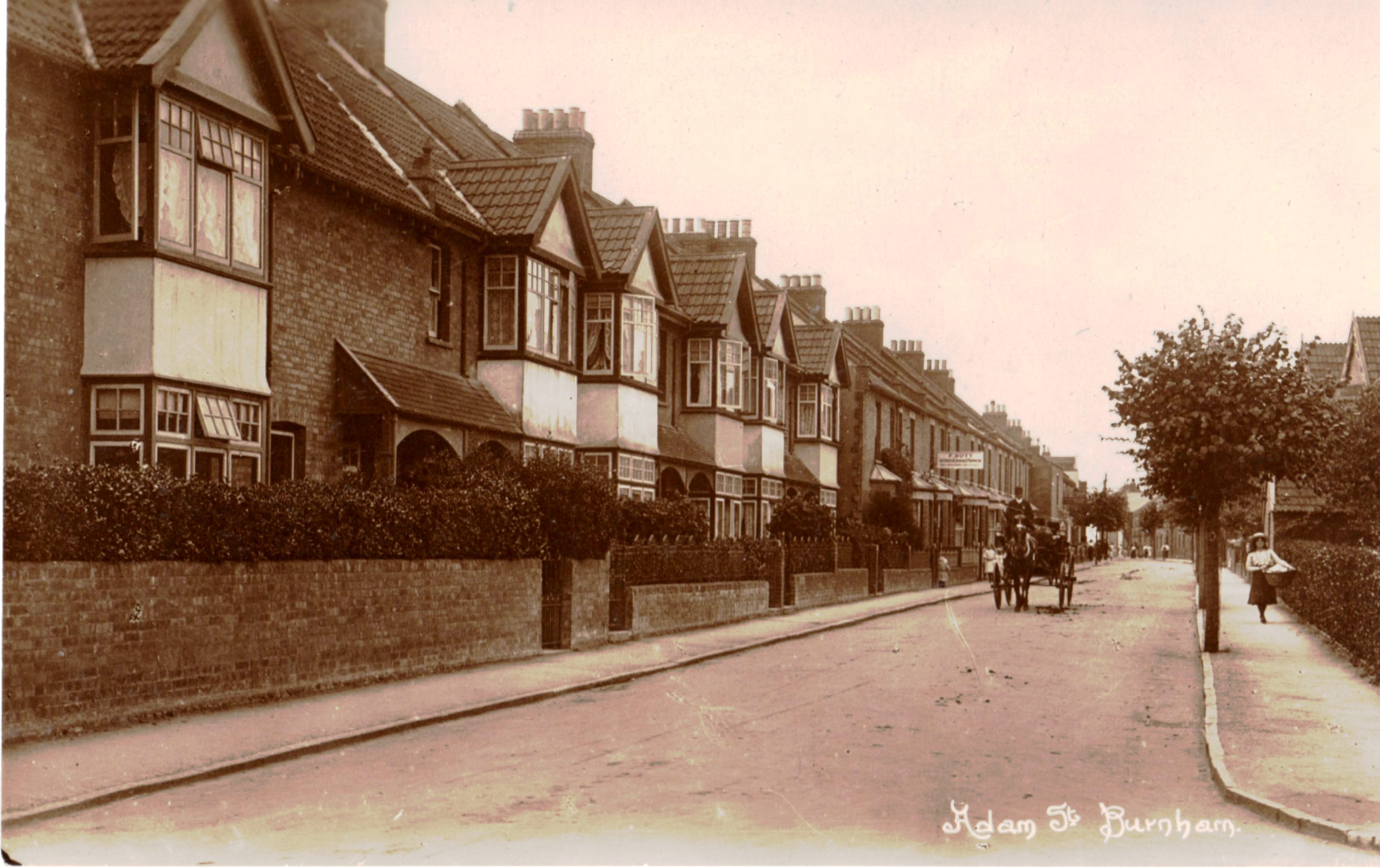 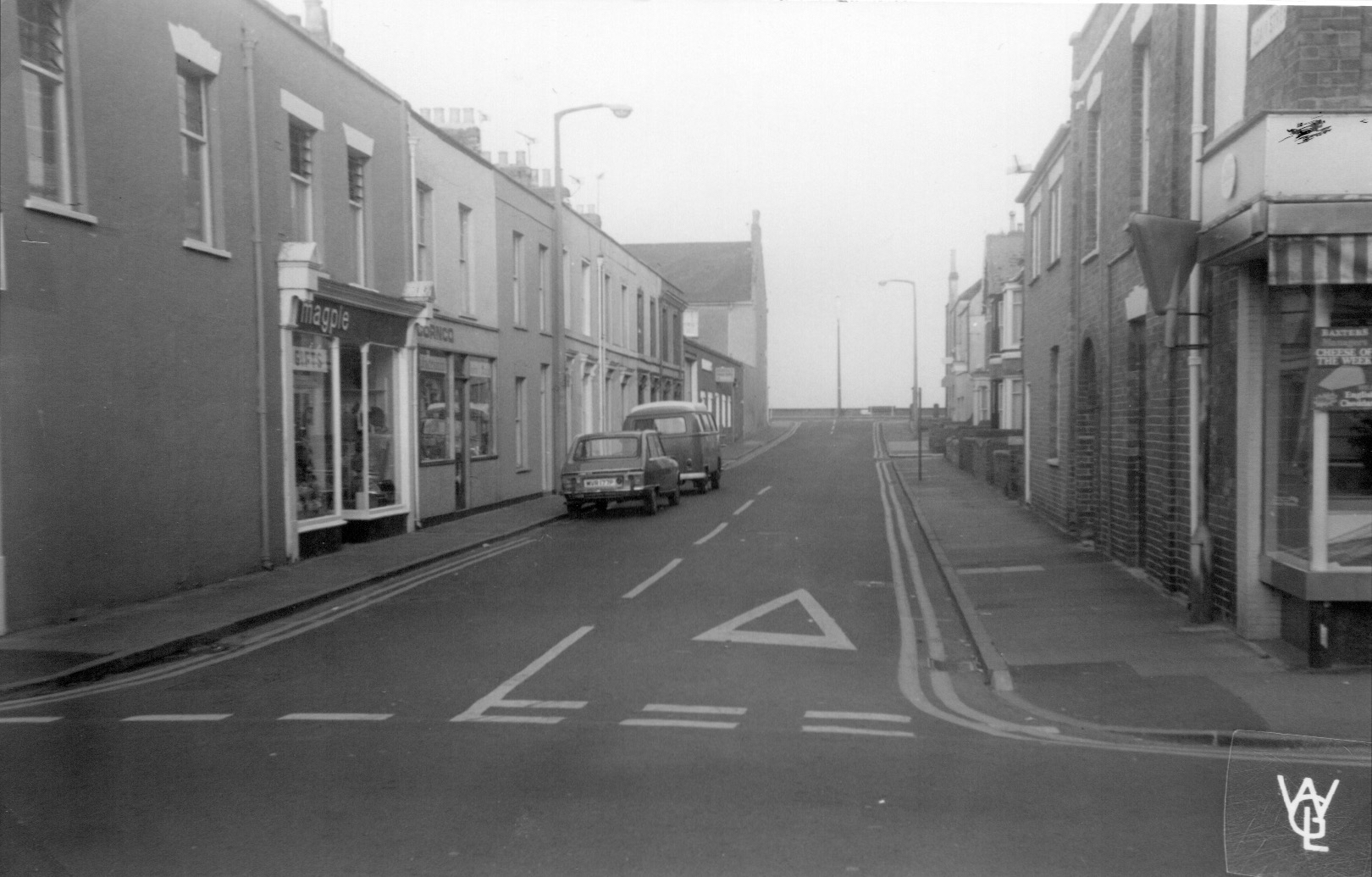 Above is a photo from 1981 looking towards the Esplanade. The shop on the corner is probably Baxter’s Butchers (before Sanders’ Greengrocers  moved in). We can see ‘Magpie’ Gifts at No.13. This later became amalgamated with Applegate’s estate Agents in the High St , now ‘West Coast’ Lettings. 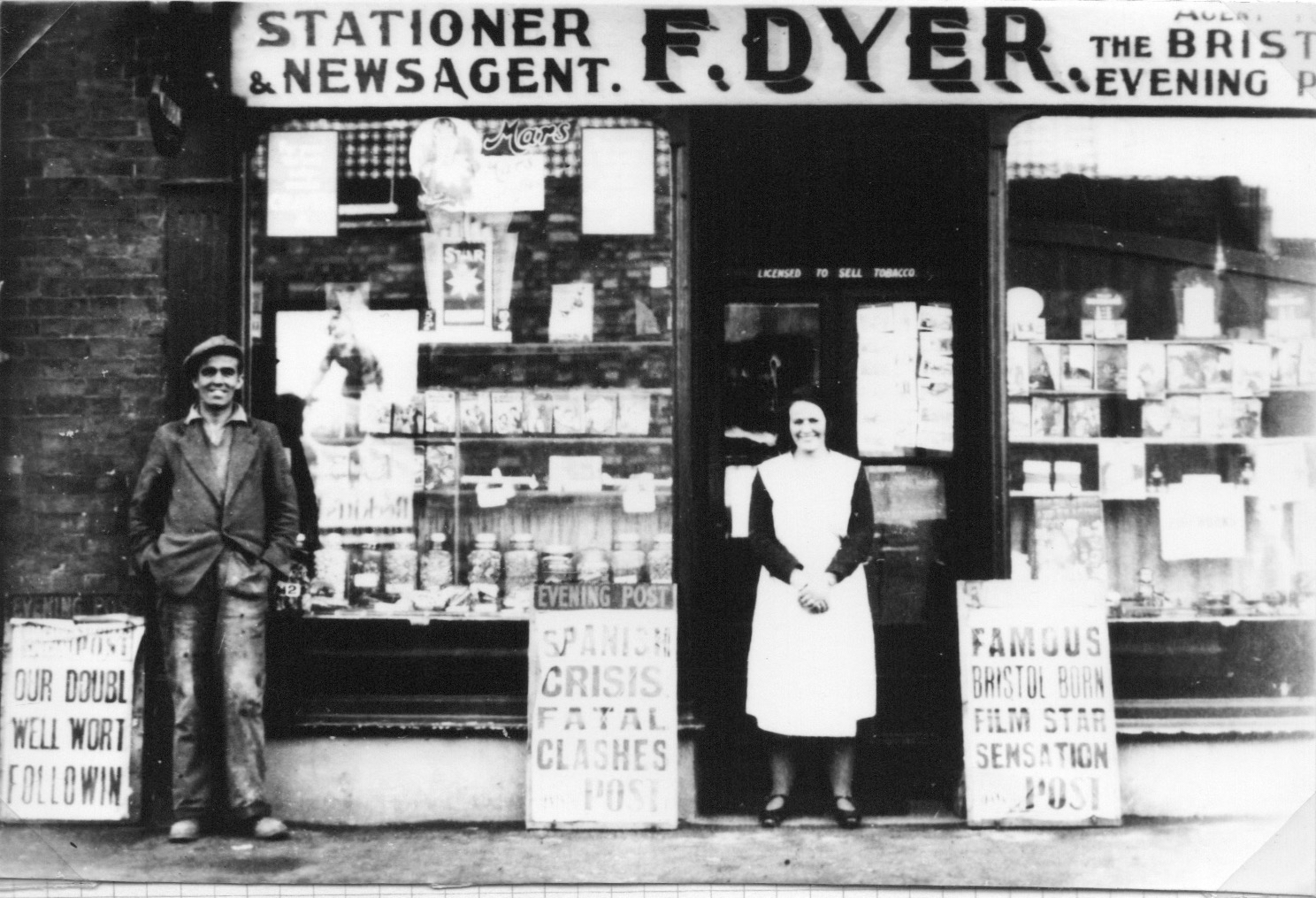 The picture above shows newspaper hoardings with headlines from the Spanish Civil War and about Cary Grant who was just becoming famous in Hollywood. 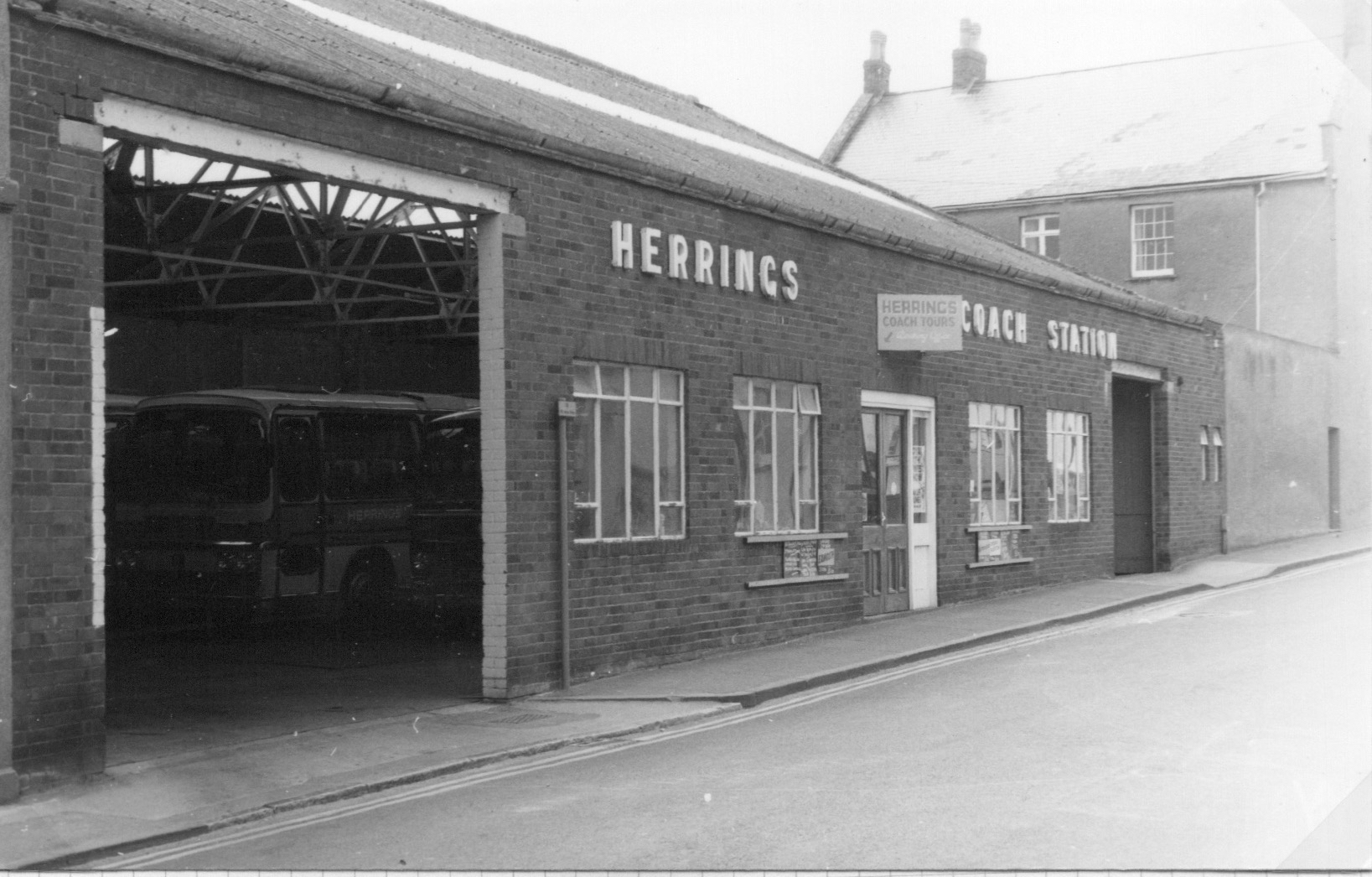 Herrings Coaches occupied the building behind Fernery House (No. 7 The Esplanade) from the late 1920’s through to the 1980’s. It may previously have housed Burnham Laundry. It later became Smith’s Superstores, then Larkin’s Variety Store and is now ‘Proper Job’ Hardware.