WInston & Robert Thomas’s  Book Of Burnham on Sea lists The Ocean Wave as a beer house run by an elderly couple up to their deaths at the end of the 19th century(page 104).

Correspondence in the Burnham Gazette of 1940 about old Burnham pubs describes the landlord of ‘The Ocean Wave’ as a retired sergeant in the Marines and says that this was the reason for its name and nickname: ’The Briny’. There is no attribution of this information, despite it being quite specific. The Ocean Wave is an unusual name for an inn, I have only been able to locate evidence of one other (Eastbourne, also closed). The name is curious for a  tavern so far from the sea front, though a marine connection of the licensee would be a possible reason. 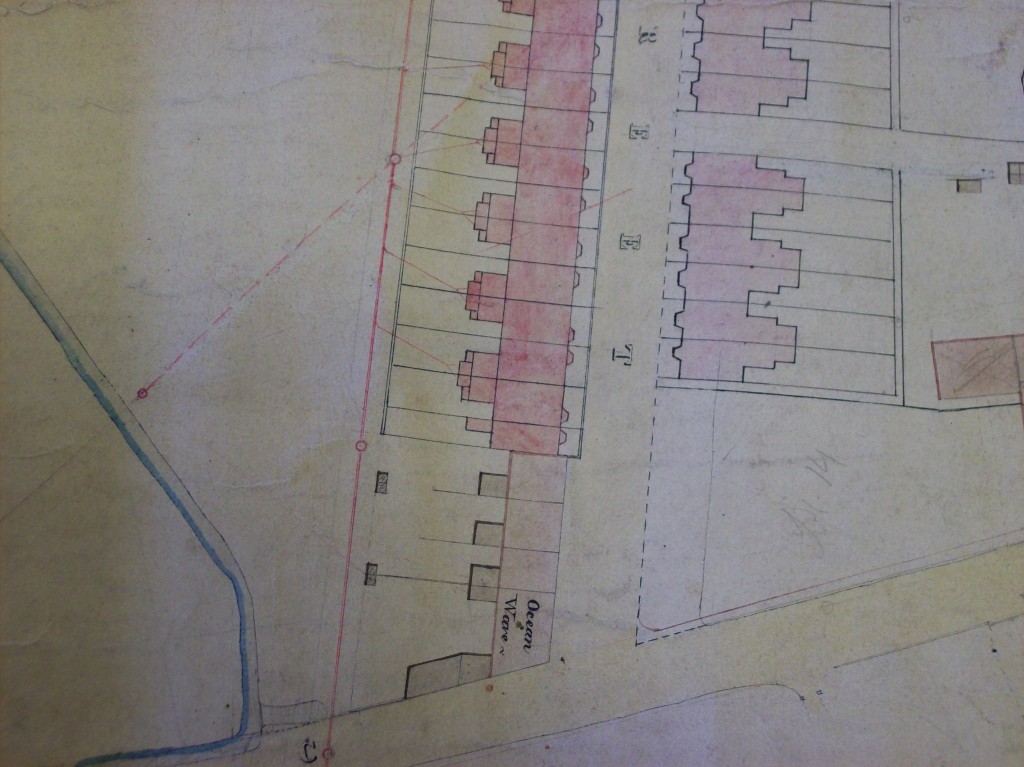 It appears that the premises were in two or more cottages at the junction of Oxford Street and Abingdon Street, where Clifford House now stands. The above illustration is taken from an 1852 plan for the development of Burnham.

An article in the Bridgwater Mercury in September 1860 mentions that a building with the name of Ocean Wave House was under construction in Abingdon St at that time and the author imagines that it ought to be the residence of  a Sea Captain or a retail outlet for seafood, but says nothing concrete about it. It is odd therefore that the name appears on the 1852 map.

An Electoral List of 1894/5 gives the name of the freeholder as Albert Richard Talbot, who was living in Alfred Street (High Street). According to the Census for 1891 Albert was aged 57 and a “Sergeant of Police” and he lived there with his wife Maria Dorcas. They married in the June quarter of 1876 at Yeovil, her maiden name being Lye. By 1901 Census he was now retired age 66 and still living with his wife, now age 60 at 61 Abingdon Street. In a 1906 directory he was listed as living in Clifford House.

An article in The Wells Journal of Thursday 9th July 1908 gives a brief description of their deaths on the same day. Both deaths are recorded on the same page of the GRO (General Records Office) for the September quarter for 1908 where his age is given as 74 and his wife’s as 69.

A striking case of the mercifulness of death in not suffering a long separation between a devoted and aged husband and wife took place on Saturday. In the morning it was announced that death had removed Mrs A Talbot of the Ocean Wave House, Abingdon-Street, after a long illness from cancer. Her sufferings had been very great, and only alleviated by the splendid devotion of her husband. Mr Talbot seemed, indeed, in his customary health during the day, and arranged personally matters in his house and for the funeral. In the afternoon, his sister, who had been staying with him, went out on an errand, and when she returned found him, at 3.45 in the afternoon, quite dead. He had evidently sat on a couch to rest, and perfectly peacefully passed into the unseen, where his wife had preceded him a few hours before. Death was never more successfully robbed of its imagined terrors, for they leave no children, and none actually dependent upon their labour. Both were members of the Wesleyan Methodist Church, and Mr Talbot was a regular member of the Adult School until home affliction found him duty there. He was a deeply respected and eminently capable sergeant of the County Constabulary, and won for himself the respect of all who knew him. Dr. Kelly certified that the cause of death was syncope, so, of course, no inquest will be held.

The Urban Council has promptly, and we are assured with close economy, ,managed to carry out a decided improvement at the east end of Abingdon-Street. In consequence of the death of Mr A.R. Talbot, the old property known as “Ocean Wave” changed hands. The vice-chairman of the Council at once arranged with the Council to empower the committee of the Council to purchase a few feet of land at that dangerous spot, and thus secure a safe entrance to the town. For very many years it has been a blind corner, and the changes of the spot were recognised when the council contributed to the making of a new road parallel to Abingdon-Street to relieve this corner of traffic. Now the place is made to be open, and the traffic from and to Highbridge will be visible to the avoidance of peril to all concerned. The Council are to be thanked for their promptitude in this matter. 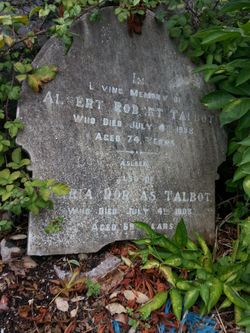 The origin of the story of this being a pub is something of a puzzle. There seems to be no clear evidence that ‘The Ocean Wave’ was anything other than a private house. Does anyone know anything different?