Abingdon St was developed in 1858 to link the station to the Highbridge Road (Marine Drive did not exist at this time as it was built after the closure of the line on the site of the railway track). It is thought to be named in honour of George Reed’s recently deceased son Joseph Haythorne Reed who was MP for Abingdon (Oxfordshire) from 1854 to 1857.

The photo above (c.1960), from the Glyn Luxon collection shows where the station stood in relation to Abingdon St. An earlier photo below (c.1914) shows the row of shops where La Vela and the Southern Fried Chicken Take-away now stand (2019). Hodges Gent’s Outfitters and later Hanby’s ‘Babyneeds'(1950’s – 60’s); Marguerite’s Fashions (1960’s – 70’s) and then Salvo’s Italian Restaurant occupied the spot now taken by ‘The Coffee Corner Company ‘. 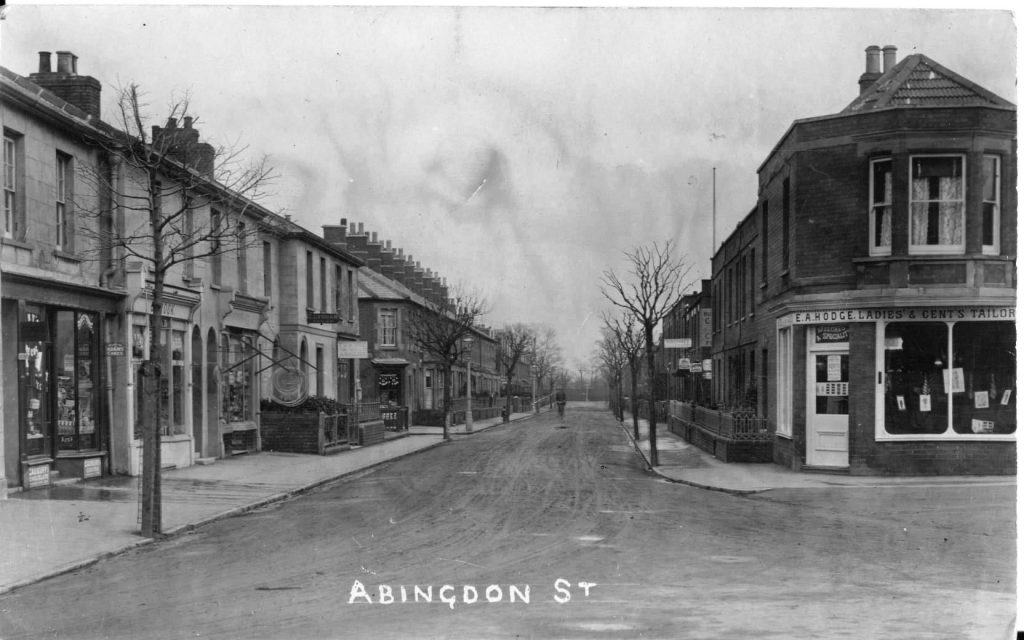 The newspaper advert below is probably from the 1950’s. Hiretax is probably an earlier incarnation of Hanby’s Babyneeds & Taxis. 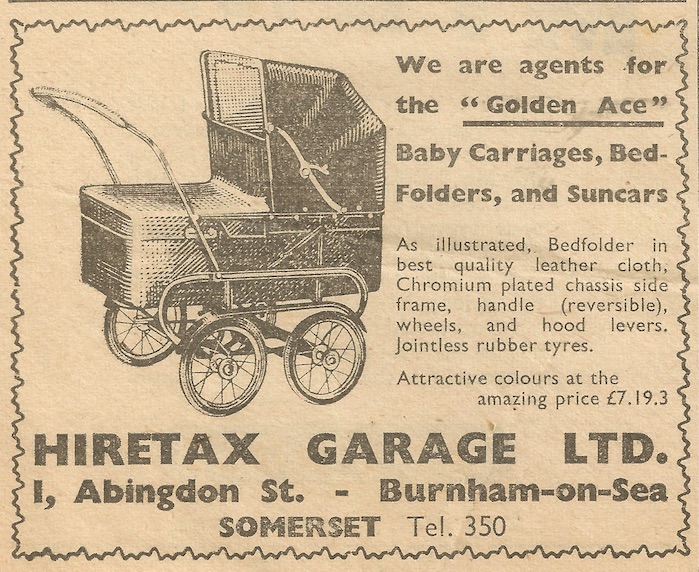 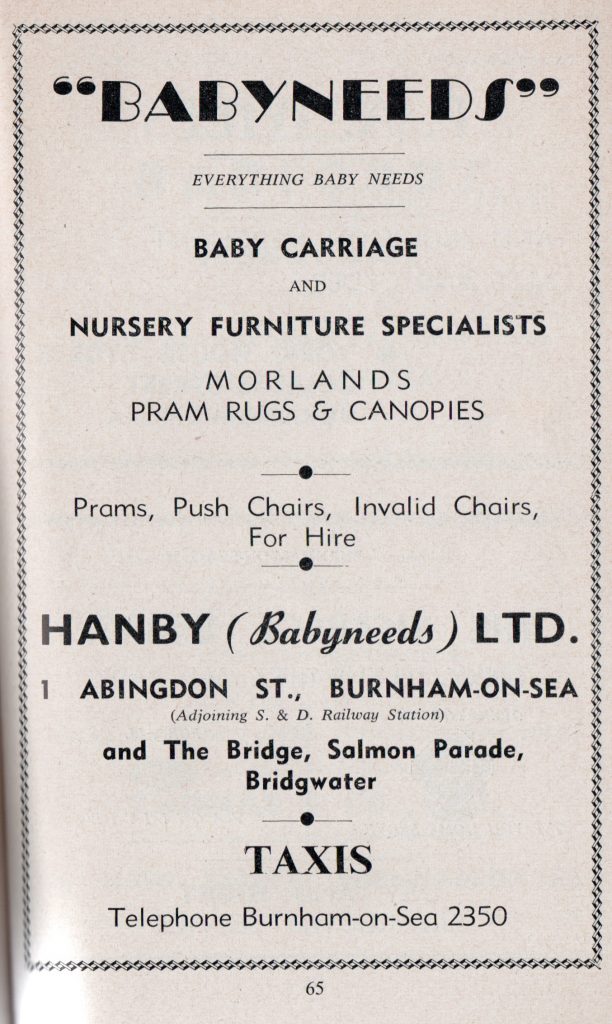 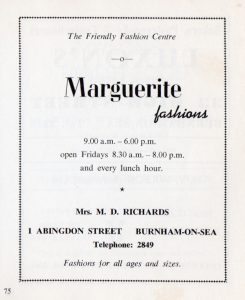 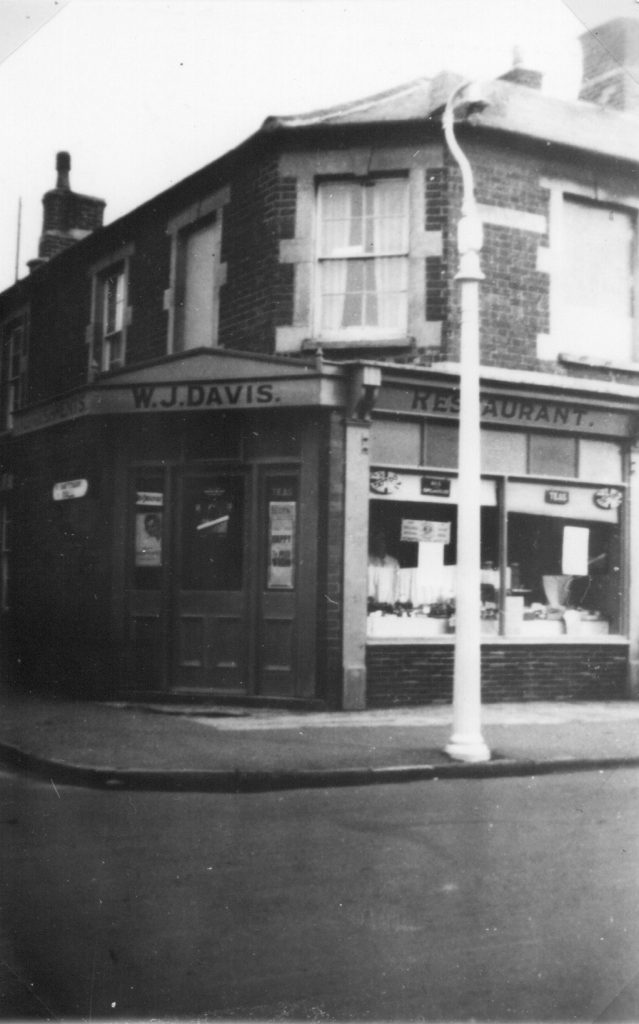 Davis’ Restaurant occupied No. 14 (recently the China Garden Take-away) at some point, though we have no record of when. It is possible that it succeeded Hinges in the 1930’s. Paradise Farm Dairies moved in during the 1950’s (advert below from Burnham Guide of 1957). 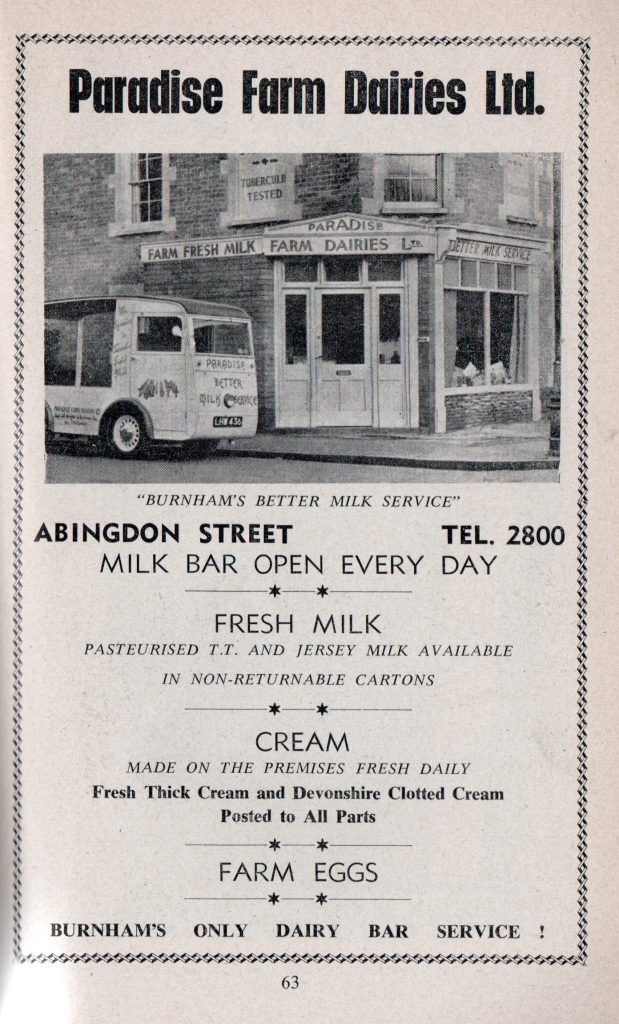 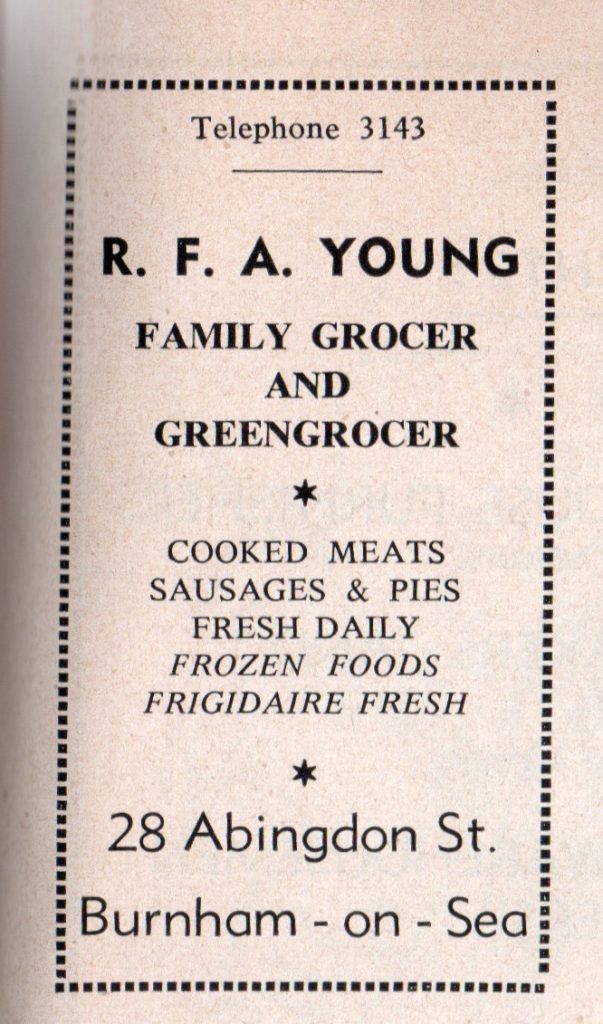 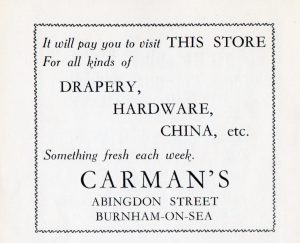 On the corner with Abingdon St, in Clifford House was Wensley’s Ladies Hairdressers next door to the Post Office. This eventually moved around the corner into the Oxford St frontage.