Wallbuttons occupied the premises on the corner of Cross St and Oxford St  in the 1920’s before moving across the road to the opposite corner on  land next to Widgery’s farmhouse (in background, second picture below).

They later built a new expanded showroom, workshop and petrol station on this site which is the building many of us will remember (below). The company was sold by Wallbuttons to a Mr English and Mr Rowe, who later sold it to Patrick N.F. Stokes.

Below is a photo, probably from the 1950’s showing council vehicles on the forecourt.

Advert above from Burnham Guide of 1940. 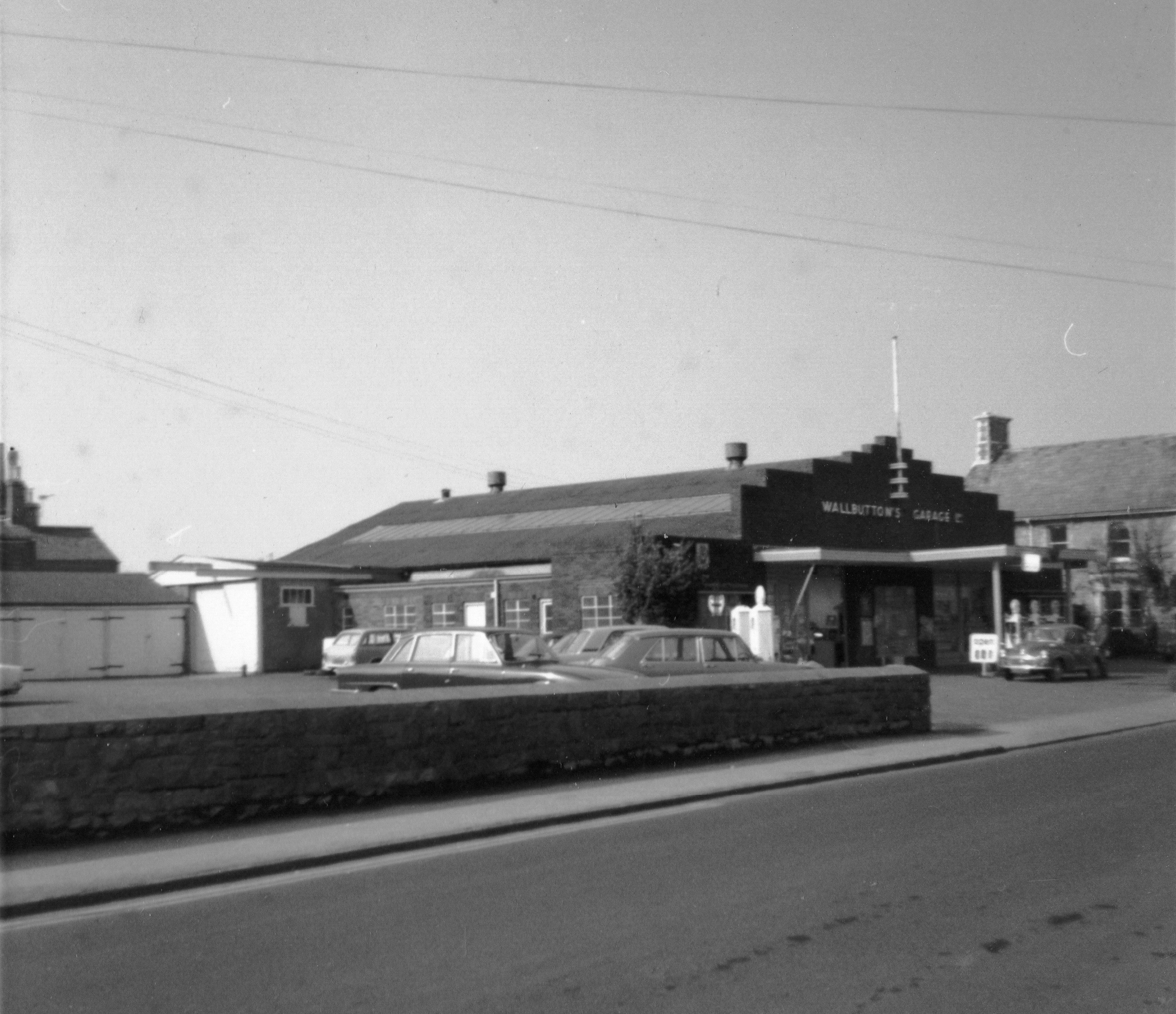 Photo above from 1960’s. Below during process of demolition. Seaton House sheltered accommodation was built on the site but had to be demolished prematurely due to problems with instability of the land on which the garage stood (said to be due to petrol storage tanks below). The site is now occupied by the Oxford St Car park

Wallbutton’s was  closely linked with the Burnham on Sea Motor Company  (see ‘other garages‘).