This company moved into what had been the Gas Company Office / Showroom on Oxford St next to the  gas works entrance and opposite Wallbutton’s. It occupied these premises from the 1960’s through to the 2003.

The history of the Burnham (on Sea) Motor Co is inextricably linked with Wallbuttons. There was originally a ‘Burnham Motor Company’ at No 5 Victoria Street circa 1914 but ownership is unclear, though it appears to have been associated with Hawking’s cycle manufacturers.  Wallbutton’s  had 16 Regent Street as a cycle shop and also registered the name Burnham Motor Company in April 1935 which it is believed was next door at 18. The name was re-registered again by Wallbutton’s Oxford Street in November 1951.

The Gas Board wrote to Charles Wallbutton and asked if he would be interested in the showroom, flat above and about a half acre of old gasworks land. It was to be a sealed bid auction and offers circa £5,800. Wallbutton bid £6,000 and secured the whole lot. It came with a weighbridge which was adjacent to the showroom wall, more or less at the entrance. The Gas Board retained the Gas Holder. There was a little bit of land just behind the showroom that had some apple trees planted there.  The Motor Co. kept what land they wanted and sold the remainder to Central Garage (Berrow Rd) for storing caravans. Some time laterthey bought part of this back for car sales space. The Motor Co. also eventually bought the land on which the Ring o’Bells pub stood. 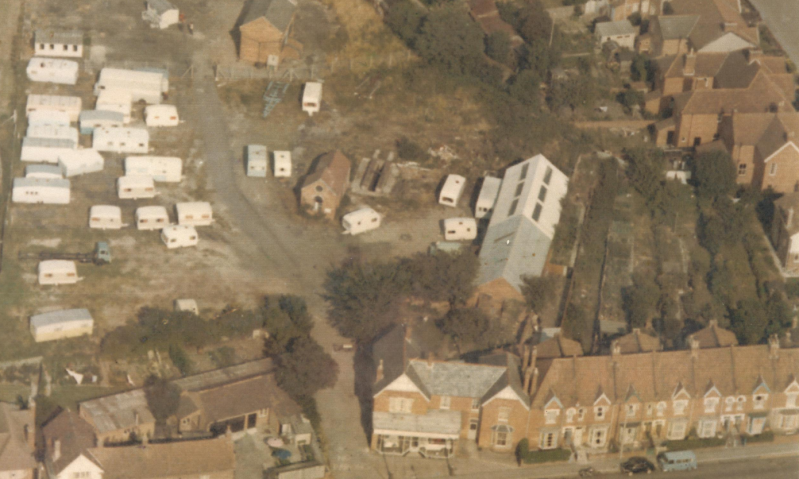 The new  showroom was used just as a small showroom initially for the Triumph and Hillman cars to be displayed. 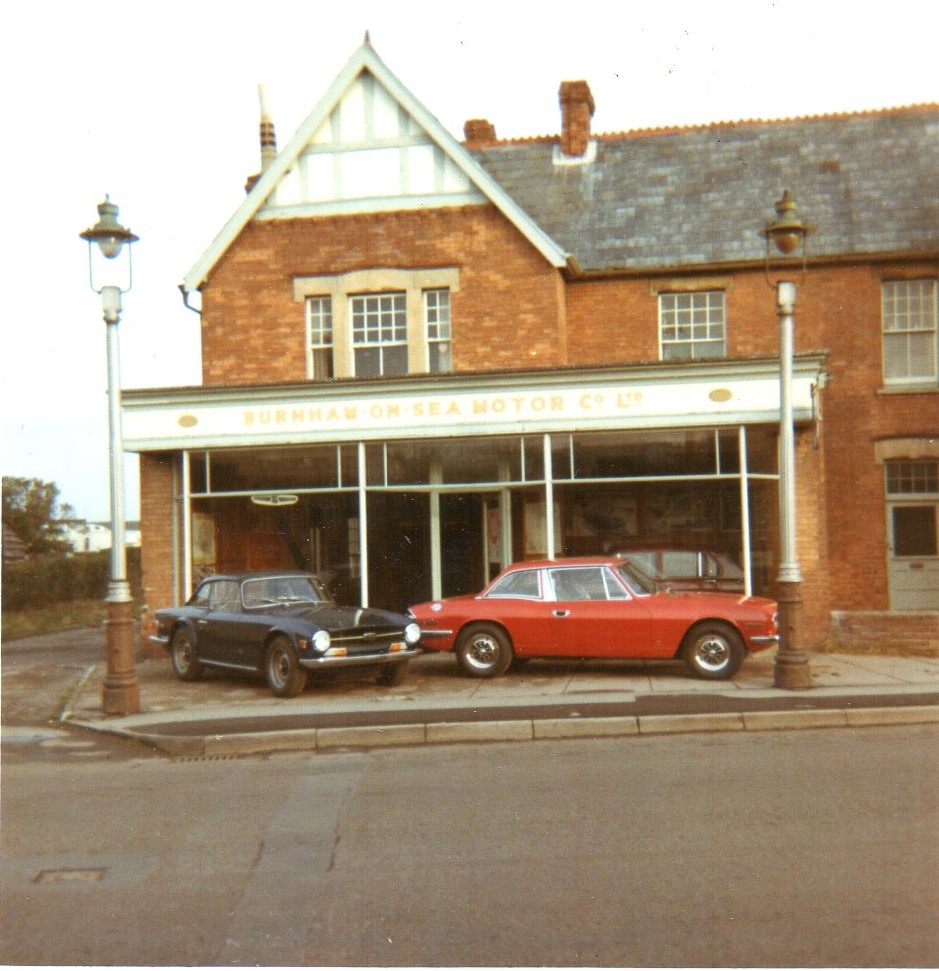 Wallbutton  sold the company to a Mr English and Mr Rowe. They later sold it to Patrick Stokes (his father owned St Dunstan’s school in Grove Road and later Rectory Road) and Cyril H Terry-Short. When Terry-Short wanted to retire  the only way Stokes could afford to keep going was by selling the big garage, which was demolished in the early 1970’s, and developing the smaller Burnham-on-Sea Motor Company opposite.

Stokes built a small workshop at the rear with two ramps, which was the first phase. Part of this section was turned into an MOT bay and another workshop added onto the rear, heading towards the Gas holder. This had three ramps, giving a total of 5 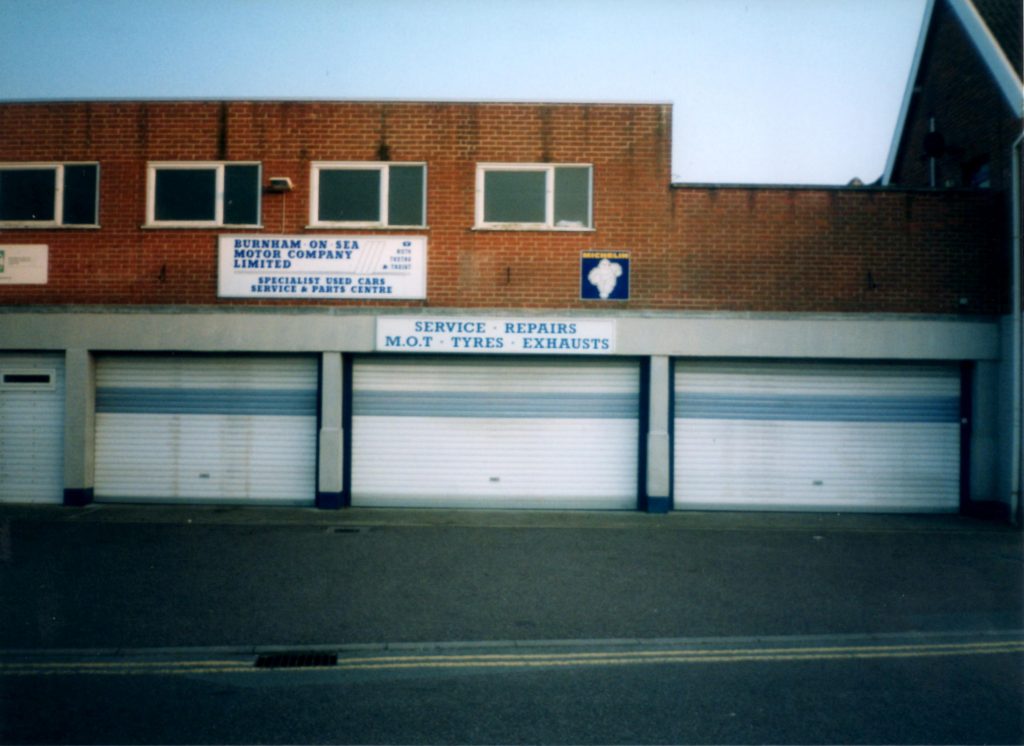 Burnham Motor Company had always been a subsidiary of Wallbutton’s since 1935. Car companies would not allow dual franchises to be held in the same premises (showroom), so Wallbutton’s had Vauxhall and Bedford and the B.M.Co held Triumph. They ditched all these franchises for Honda circa1972. Ironically the same mechanics worked on both franchises in one workshop and the spares were kept together in one store! 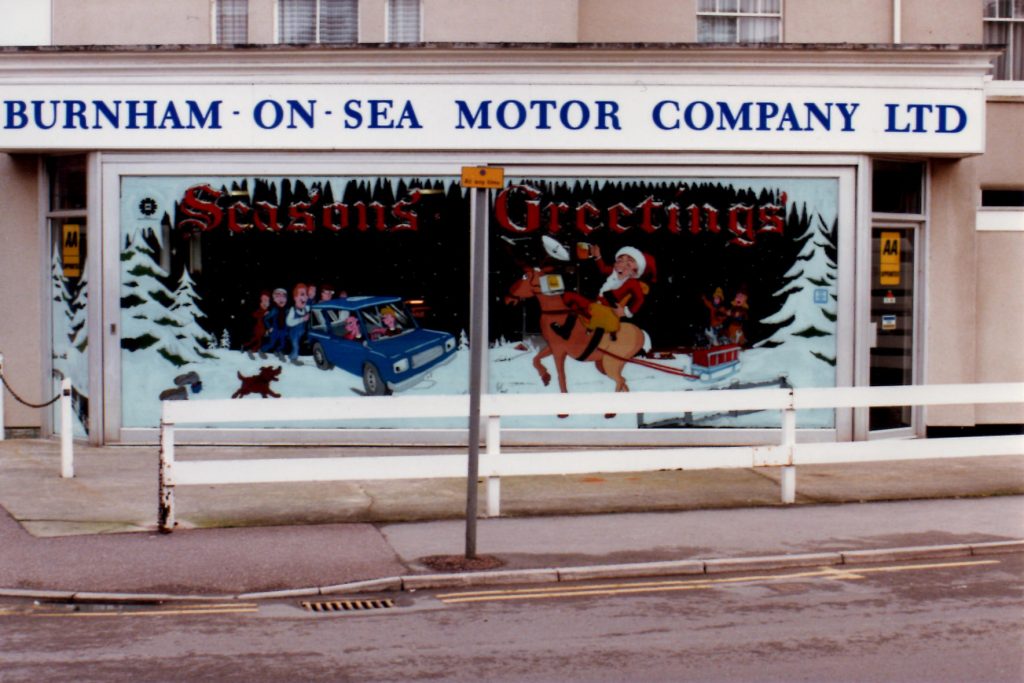 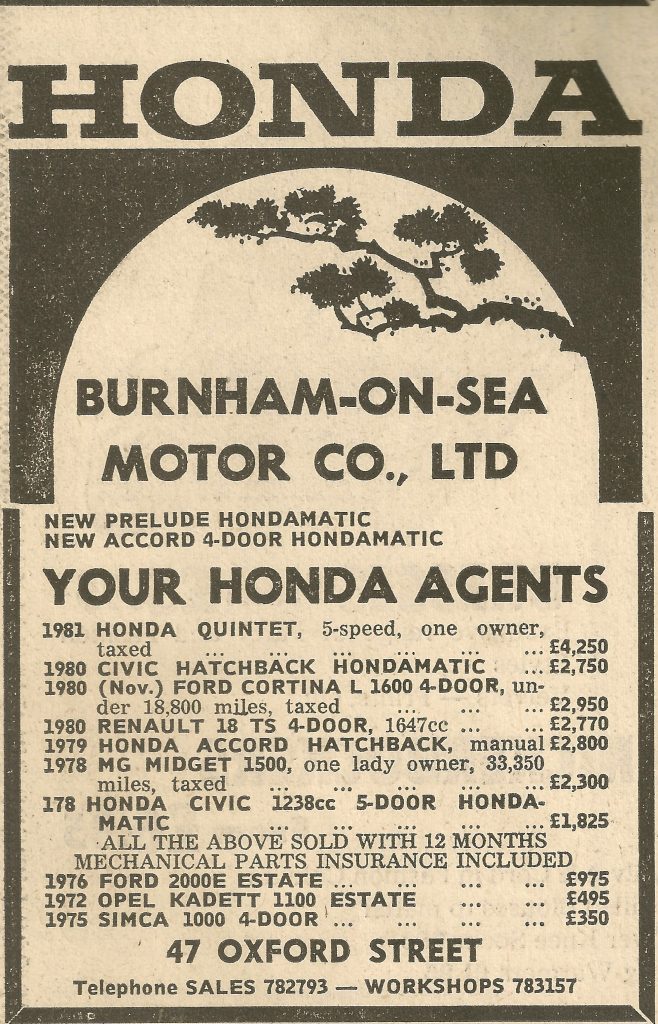 Stokes continued for a long time after re-developing the Gas works site. The Honda franchise was kept until the mid 1980’s. Stokes eventually sold the company to Mike and Chris Allen who were the last owners. It ceased trading on July 31st 2003.

Thanks to Des Parsons for information