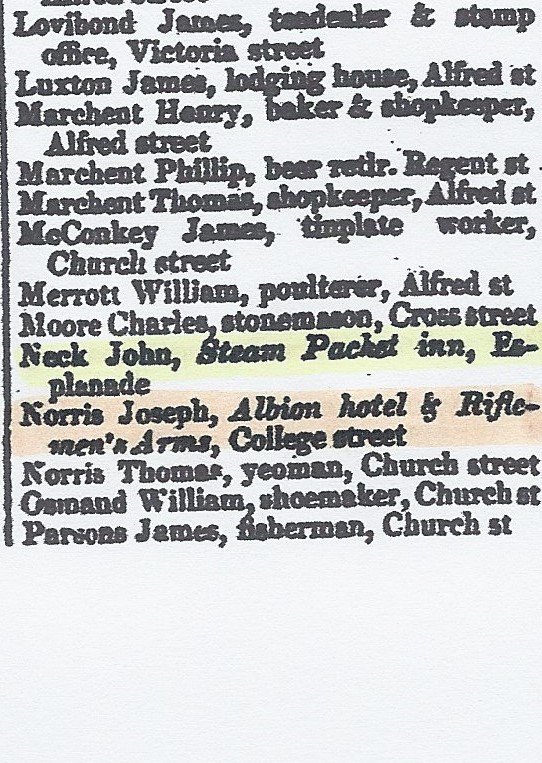 The 1861 edition of Kelly’s Directory for Burnham has two pubs listed in College Street. The first being The Railway, whose original entrance was in College Street and has now been bricked up. The second is for the Albion Hotel and Riflemen’s Arms, and is not recorded anywhere else as such.

In the 1861 Census there is an entry for Joseph Norris, age 42 who is described as “Inn Keeper” living with his family of wife Jane, Rhoda Jane and Sarah Ann in College Street. There is no mention of any Hotel or pub. 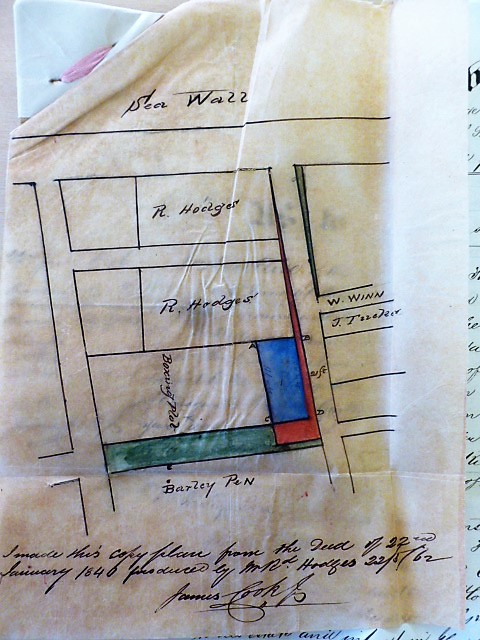 The Somerset Heritage Centre has an Indenture, whose reference is A/AVX 3 and the above illustration shows the location to be the corner of the High Street and College Street. Barley Pen is Tithe plot number 12 in the 1841 Tithe Apportionment book and was owned and occupied by William Clements. Richard Hodges was the builder who came from Berrow. The blue area is the plot that was sold about 1846. The green area was a road that was to be made up by William Clements.

The Albion Hotel is now Bargain Booze and The Riflemen’s Arms would appear to be the adjoining building in College Street that has a bricked-up doorway. 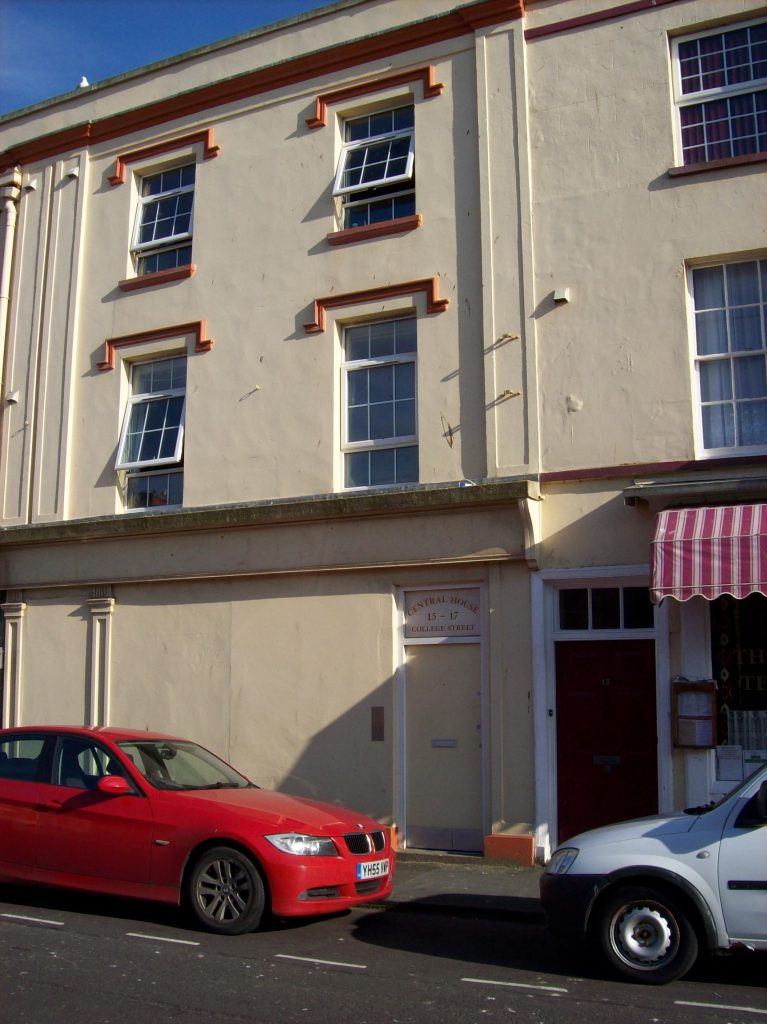 Kelly’s Directory for 1866 has an entry for Joseph Norris of Church Street, Burnham whose occupation is described as “Road Contractor”. In the Census of 1871 Joseph Norris and family are living at Poplar Cottage (Berrow Road) and he is now a “Farmer of 11 acres, employing 1 man”.  So the Albion Hotel and Riflemen’s Arms was one of many occupations that Joseph had in his lifetime.

The name ‘Albion’  is often associated with a ship,  It may be that the Burnham Albion was named after the HMS Albion a celebrated ship which saw service at the siege of Sebastopol in 1854 (Crimean War). In mythology  Albion was the son of Neptune and Amphitrite, so  the name has general maritime associations.

The name Rifleman’s Arms (along with other similarly-named pubs such as the Cross Rifles at Bridgwater) was often associated with the meeting places of military units or with inns  used for recruiting purposes. It may also of course be related to a military association of the licensee. The origin the name of Burnham’s inn is not known, though it is known that Burnham possessed a ‘Rifle Corps’ in 1867 (Report in Western Gazette 4/10/1867) and on into the 1880’s. This may have been a branch of the Rifle  Volunteer Force which was a citizen army of part-time rifle, artillery and engineer corps, created as a popular movement throughout the British Empire in 1859, in response to the Crimean War.  However as the Rifleman’s Arms is mentioned in 1857 is name may have been associated with a groundswell of feeling in support of a  militia.