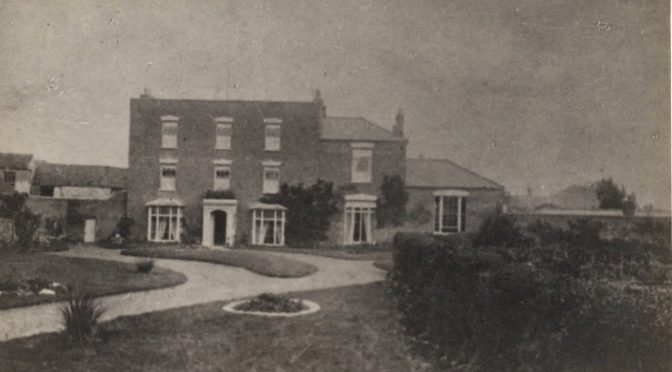 The original part of the house, 3 storeys and Georgian in style, is marked on the 1843 Tithe Map. The registry number on this map identifies the land  as belonging to William Clements. According to this map the access to the property was to the East side along the line of Church Path. Two extensions, one of two storeys and one of a single storey were later added to the Eastern side of the house. These are visible on the photograph and on the Ordnance Survey map of 1884 which also show that the main entrance driveway was now to the front, from College Street, which had by then been cut right through to the Esplanade.

An indenture of 1858 witnesses the sale of the house and land by George Reed. We do not as yet know anything of its history prior to this. The document (below) clearly locates the property by showing the boundary as Oxford St to the east; Church St (now Victoria St) to the west and Church Path to the north. 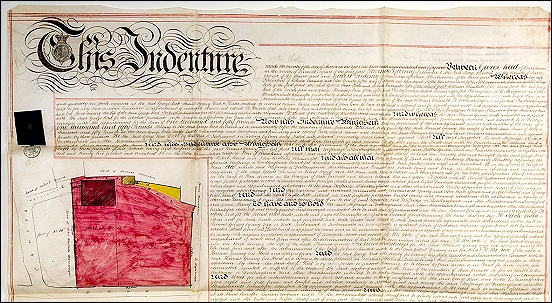 Cuthbert Ritson is shown as resident in records of 1872 & 1875 but not on the previous record of 1866. Ritson owned timber yards at Highbridge  and became very involved in Burnham and Highbridge civic life. 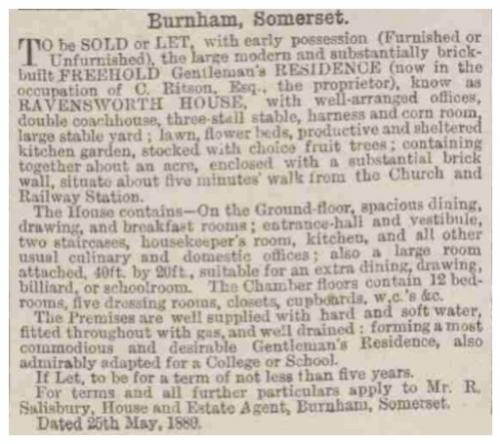 By 1880 the House had been converted into a small private school, of a kind which was common in the nineteenth century (there may indeed have been others in Burnham). The school was run by William Clarke. The Advertisement below uses the photograph at the top of the page. 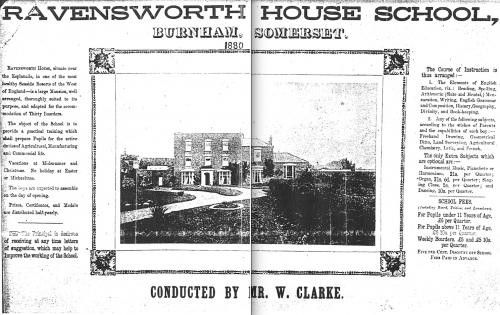 The advertisement states that there is accommodation for 30 boarders. However, the 1881 census shows that in addition to Clarke and his wife there were two other teaching staff in residence (Clarke’s son & daughter it appears), two general servants and 12 scholars.  By 1888, it seems, the school may have been accommodating 30 boarders and also educating a number of local boys as day pupils.

Copies of 3 pieces of work by pupils and an award certificate are known to survive. Two drawings appear to be signed C. G. Puddy and are dated 1885 & 1886.  George A. Puddy (11) appears as one of the scholars on the 1881 census. It is possible that this is the same boy or a relative who later came to the school. The certificate was awarded to Henry Robert Haines who is also responsible for a decorated handwriting exercise about Christmas. Both of these dated 1883. We would be grateful for contact from anyone who knows of other surviving work or records from the school, or records from the earlier life of the house. 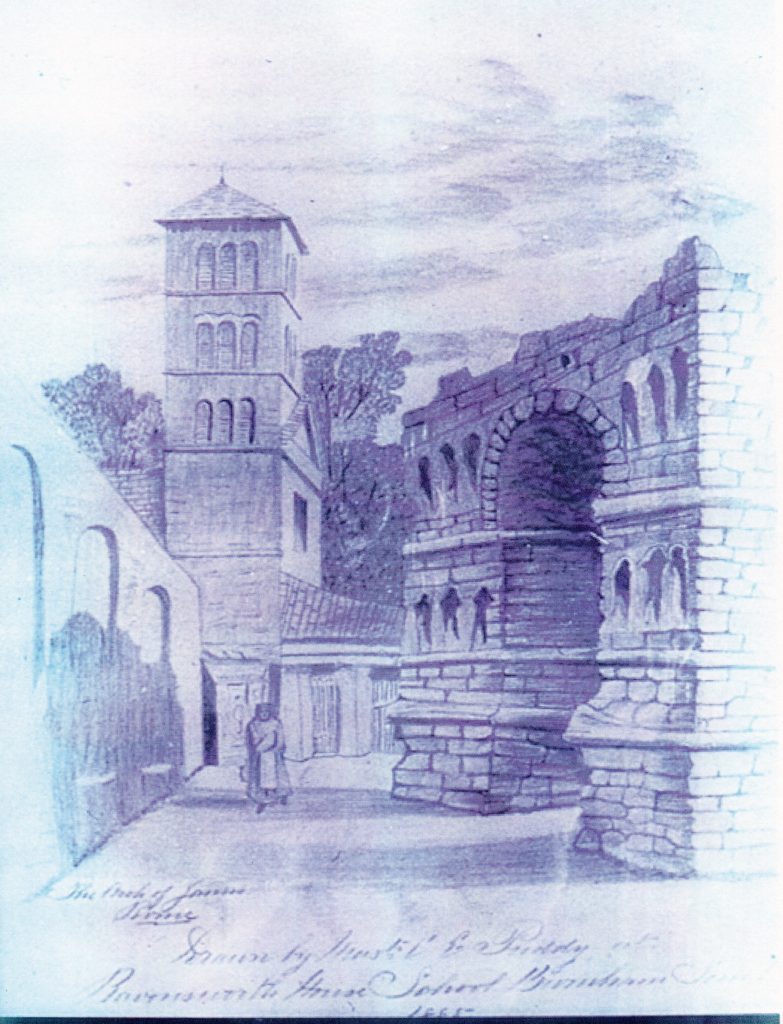 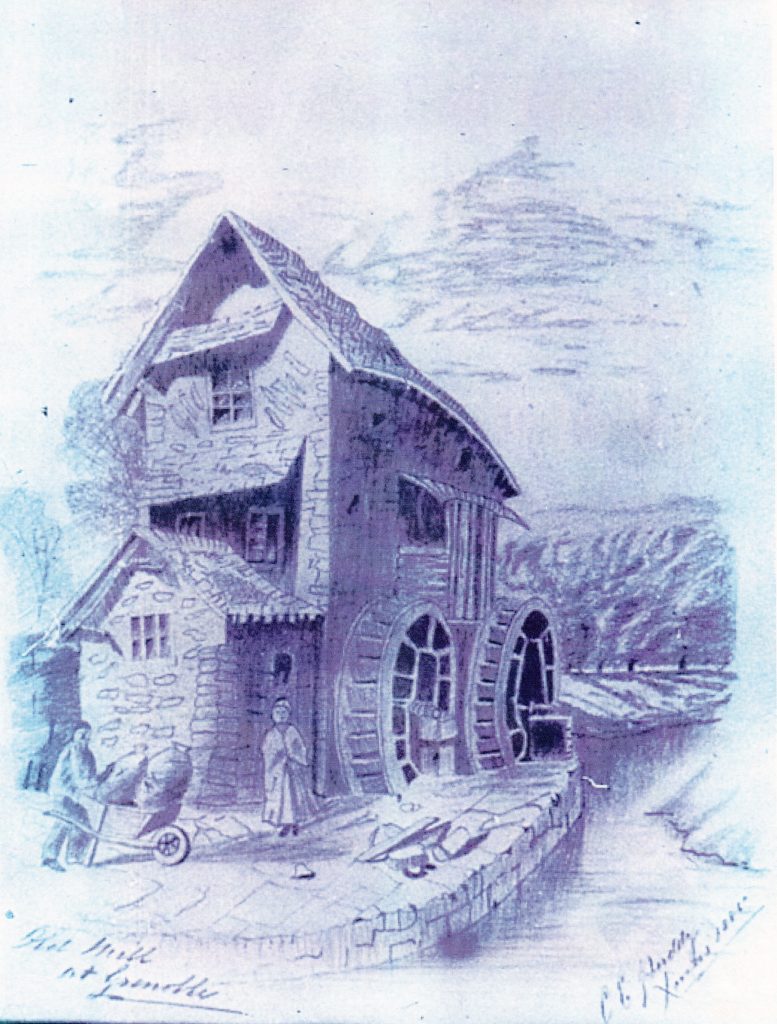 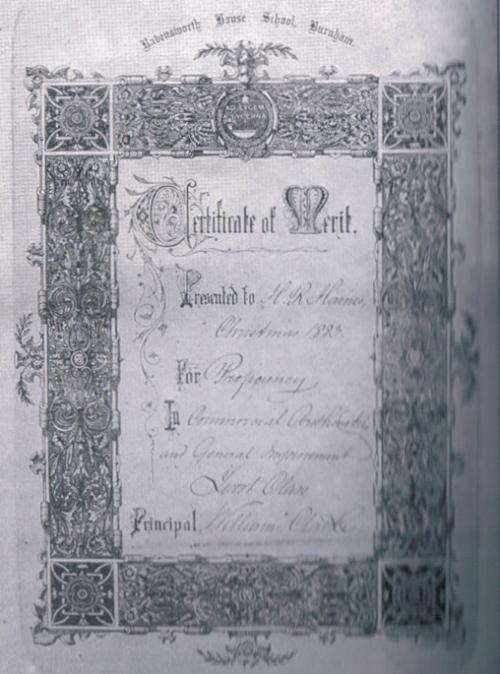 Records of 1889 show a William Clarke occupying No.1 Catherine Terrace, Sea View Road, it is not clear whether he did any teaching at this address. However Kelly’s Directory of 1889 has a record of Bertha Clarke as “Professor of Music” at 1 Catherine Terrace. This is likely to be William’s daughter, who was previously listed as an 18 year old music teacher on the 1881 census.

It seems likely that the notice below from the Western Gazette of 31st May 1889 refers to our William Clarke and explains the move to Catherine Terrace. 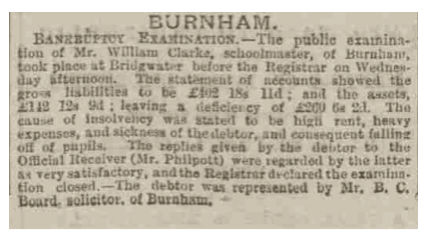 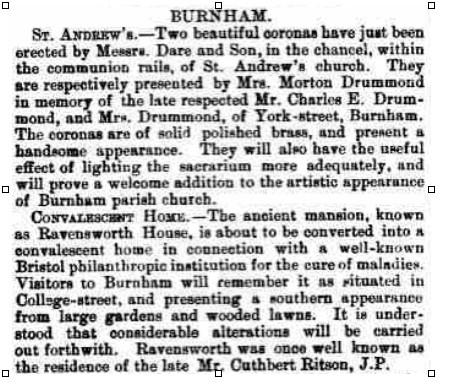 There seems to be no evidence of this proposal ever coming to fruition as  by December 1894 the ‘Ravensworth Estate’ was being redeveloped by Robert Squibbs, Thomas Stockham and Thomas Dare. New housing  was built on northern College St, western Oxford St and the new Ravensworth Terrace, which was cut from Oxford St across the carriage circle in front of the house . The last of the new properties built on the site was No. 38 on the corner of CollegeStreet and Oxford Street, in 1903. The 1884 map and the photograph give the impression that this corner of the site may have been a vegetable garden for the house.

4 thoughts on “Ravensworth House and School”