Advert below from Burnham Gazette 1918. 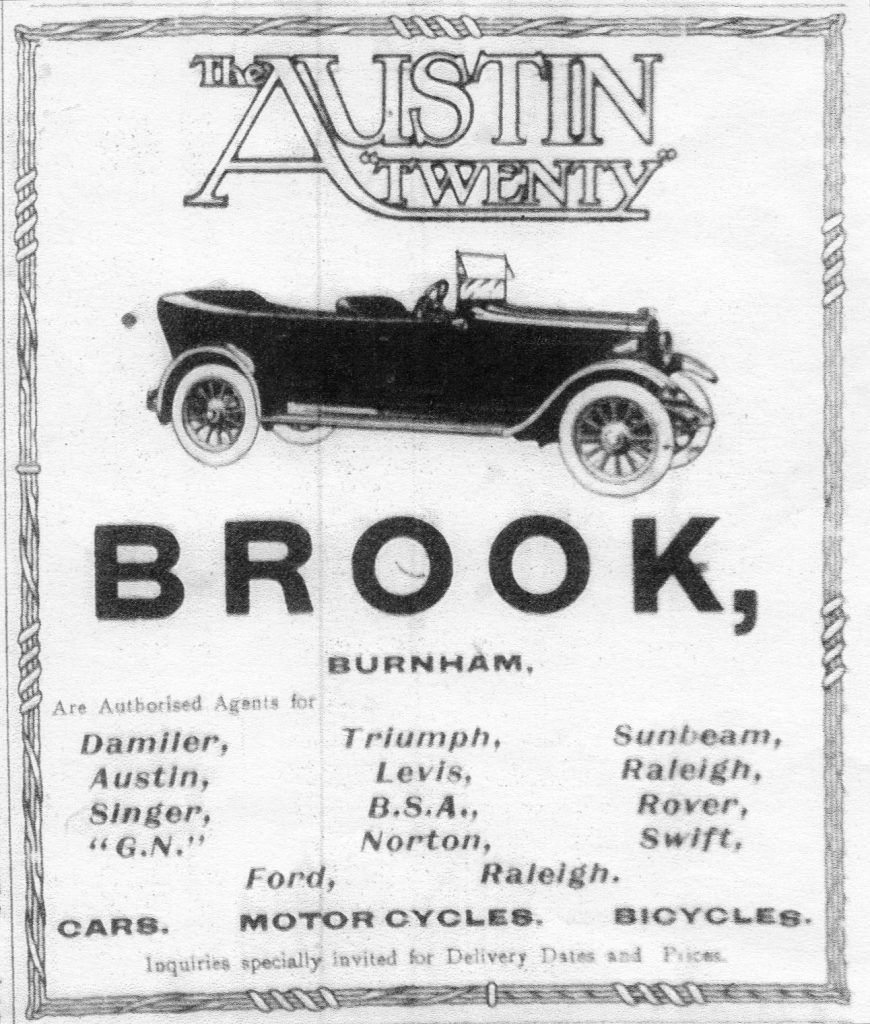 Stood in Vicarage St between the Post Office and the Esplanade. It had two fuel pumps set back into the building, where the entrance to the shop is now. It was originally selling R.O.P petrol (Russian Oil Products). There are two tanks situated in the ground each holding about 300 gallons. The two cast iron covers, covering the filler valves are still there in the entrance to the workshop. They have ROP cast into them. The last fuel sold was “Butlers”. It was one of the last garages selling fuel from across pavement.  The business was started by Fred Avery, Tickles (originally of College St) and Joseph Mears. It was later owned by Gresham  James. He was told that as long as he was there he could sell the fuel, but if he sold the business the licence would cease.  Prior to being a garage, Mears owned it and it was just called Vicarage Villas. 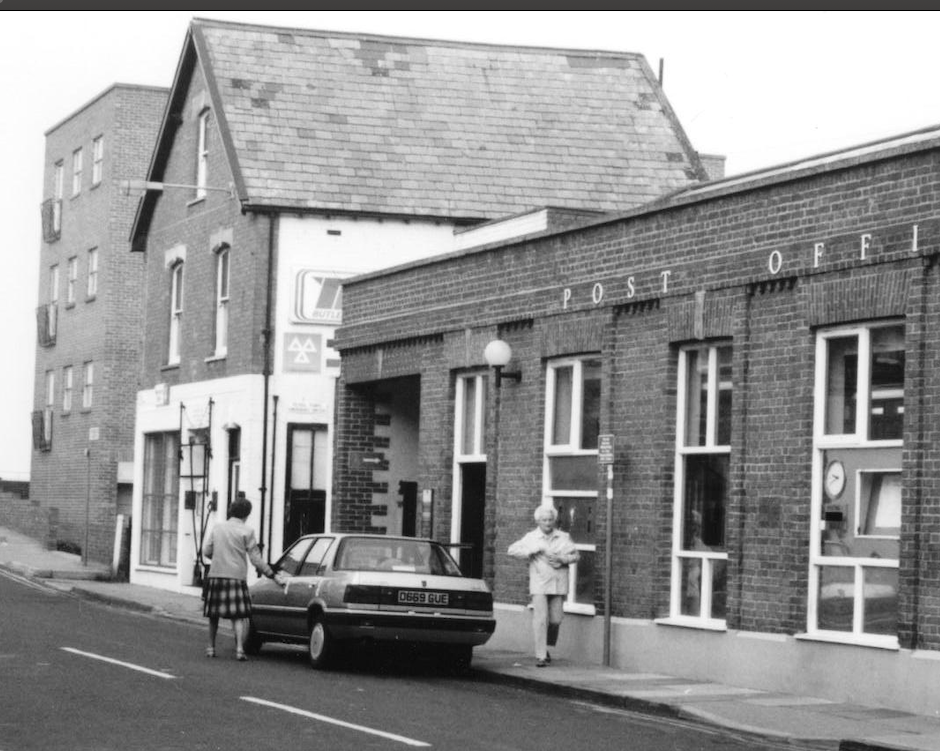 Note the old petrol pumps and hose on the wall.

Palmers was situated where the Esso garage is now at the junction of Oxford St, Love Lane and Manor Rd. The developers of the “new” station purchased Palmers and the builders next door up Princess St (Hardson’s).  Palmers also built the Esso garage on the Burnham Road near to The King Alfred school.

Palmers Garage  was started in Burnham  by Fred Palmer. His son Michael carried on the business. The business later moved to Exmouth. It is still family owned and is now run by Simon Palmer, Fred’s grandson. 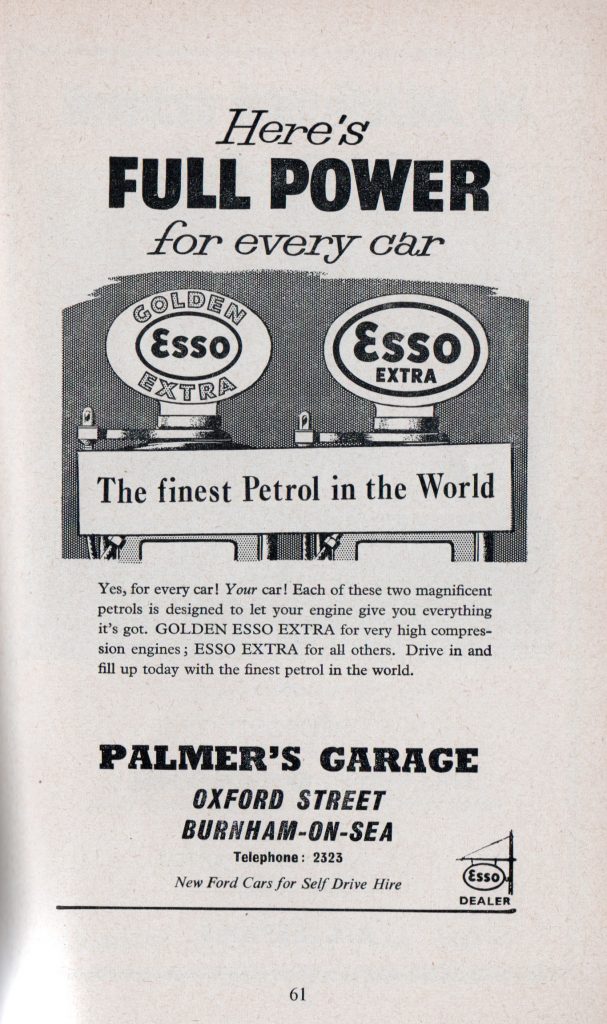 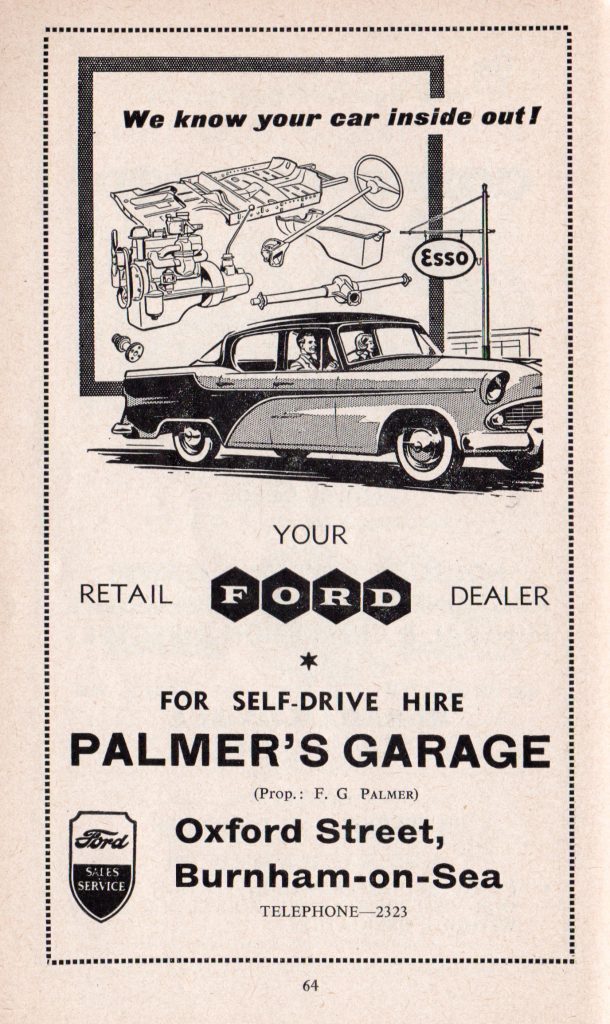 Thanks to Des Parsons for background information on Burnham’s Garages.