We have very little information on Town Bands. We know from newspaper articles and indeed from the town going to the expense of building both a bandstand (early 20th century) and a band ‘shell’ (1930’s) that there has been a ‘Town Band’ at certain times, as well as other visiting bands providing entertainment. The Bristol Mercury Guide to Burnham of 1884 mentions that “The rifle volunteer band performs upon the esplanade each Wednesday evening and Saturday afternoon, supplemented by occasional visits from the German bands of adjacent watering places.”

The picture below is thought to be of a Burnham band and at first sight it appears that it could have been taken in Manor Gardens. However, in comparison with other photos this does not appear to be the old Manor Gardens bandstand, which was a wooden construction as can be seen in the coloured postcard beneath. Can anyone clarify this?

The bands playing at the Pavilion and in the band shell below could have been local or visiting bands. 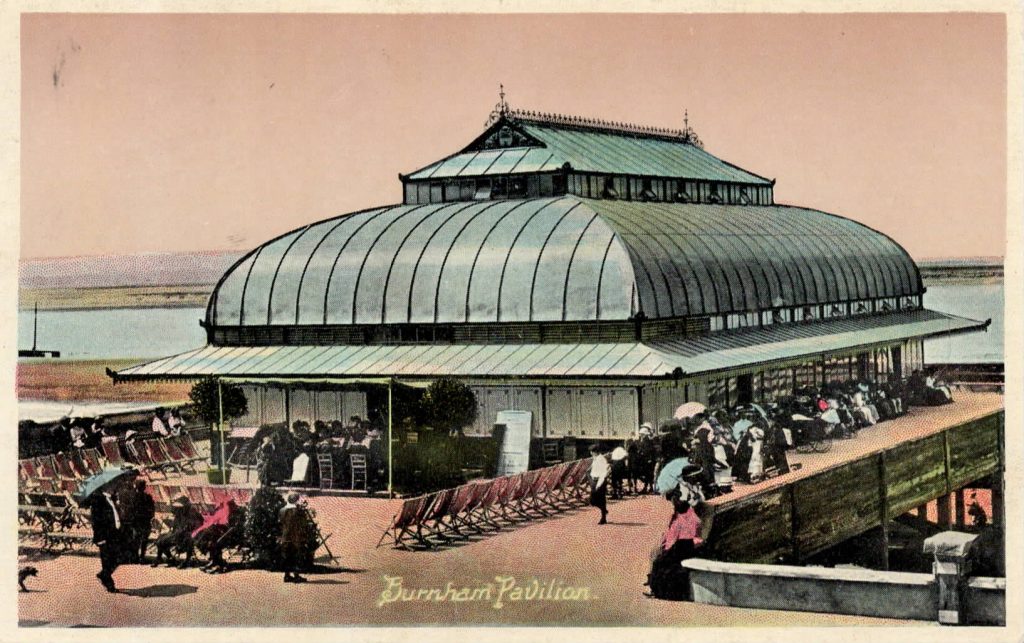 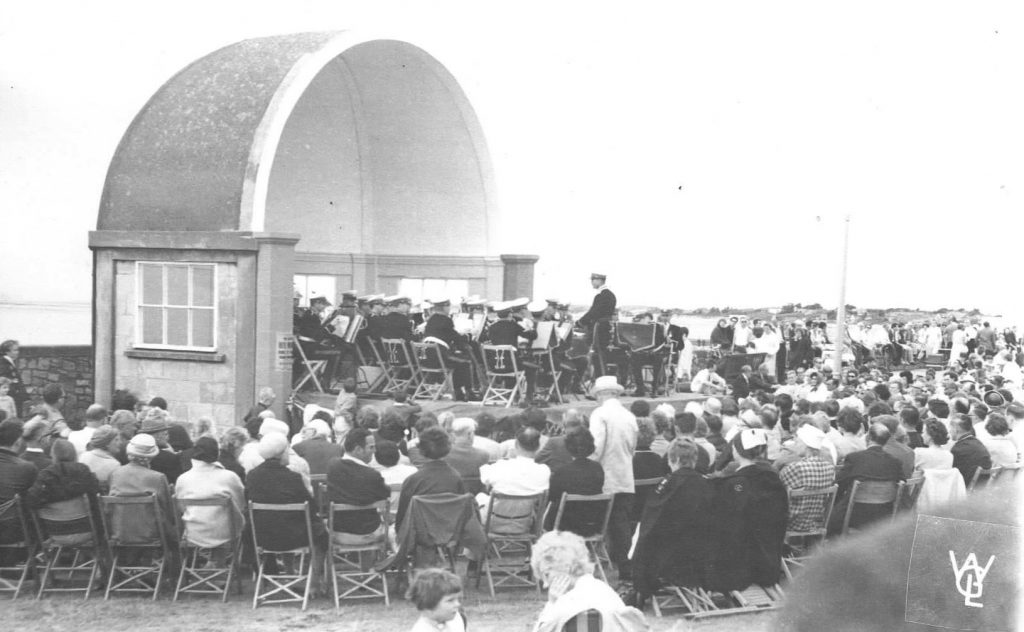 Below is a programme for Christy’s Band, date unknown,  discovered amongst the Dupuis Diaries: 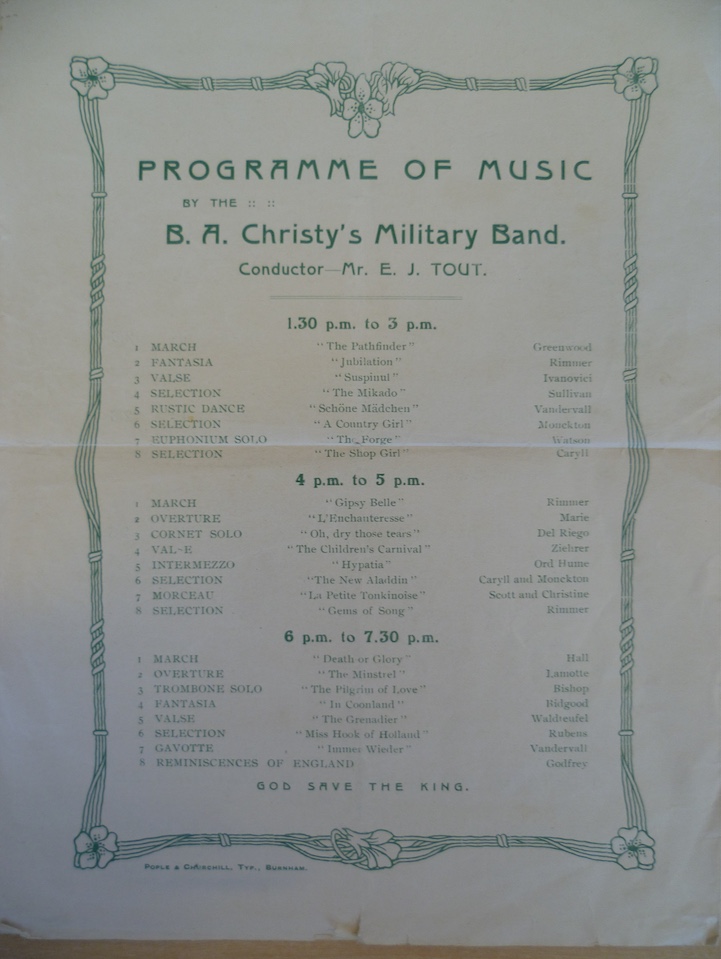 We would welcome any additional information about Burnham bands.

A couple of rather nicely engraved programmes from 1902 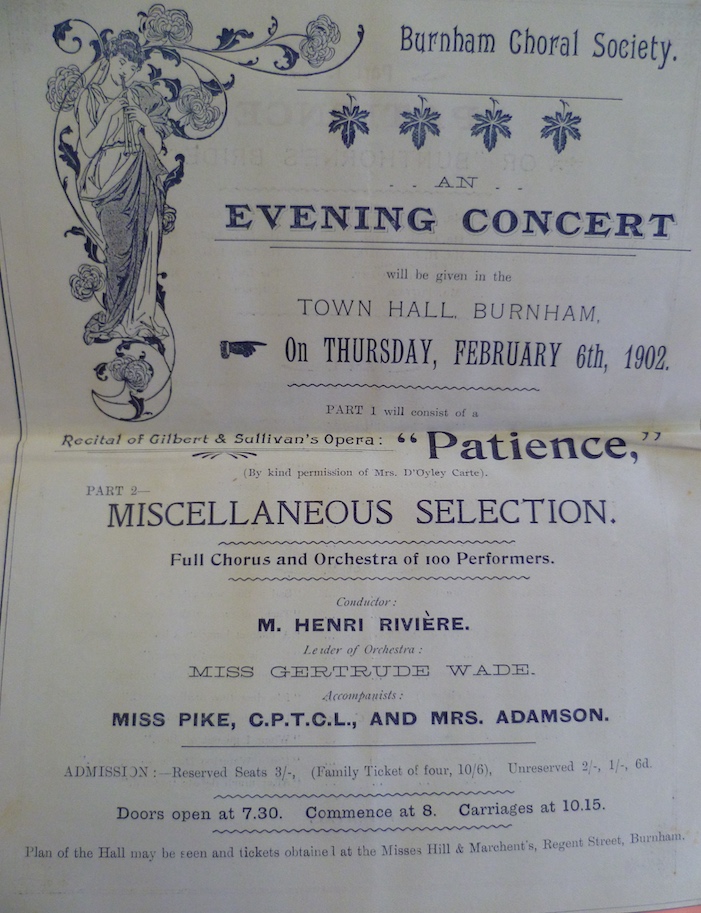 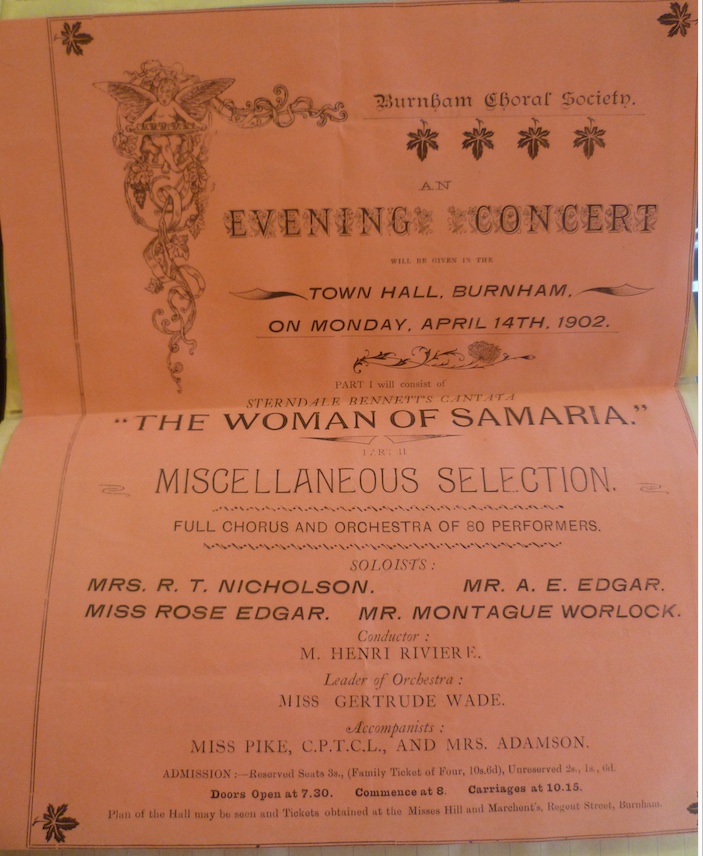 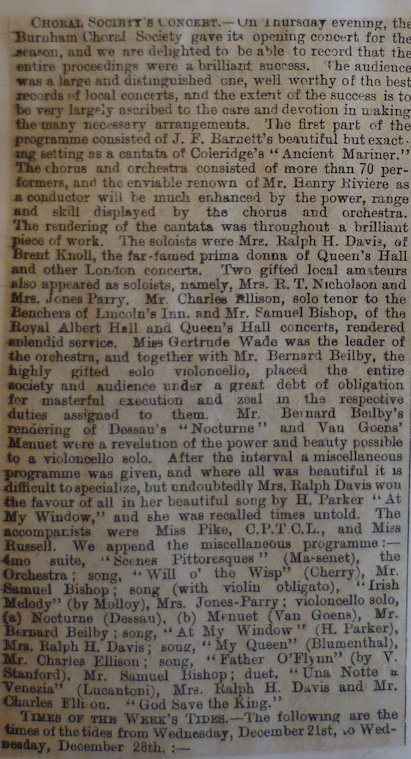 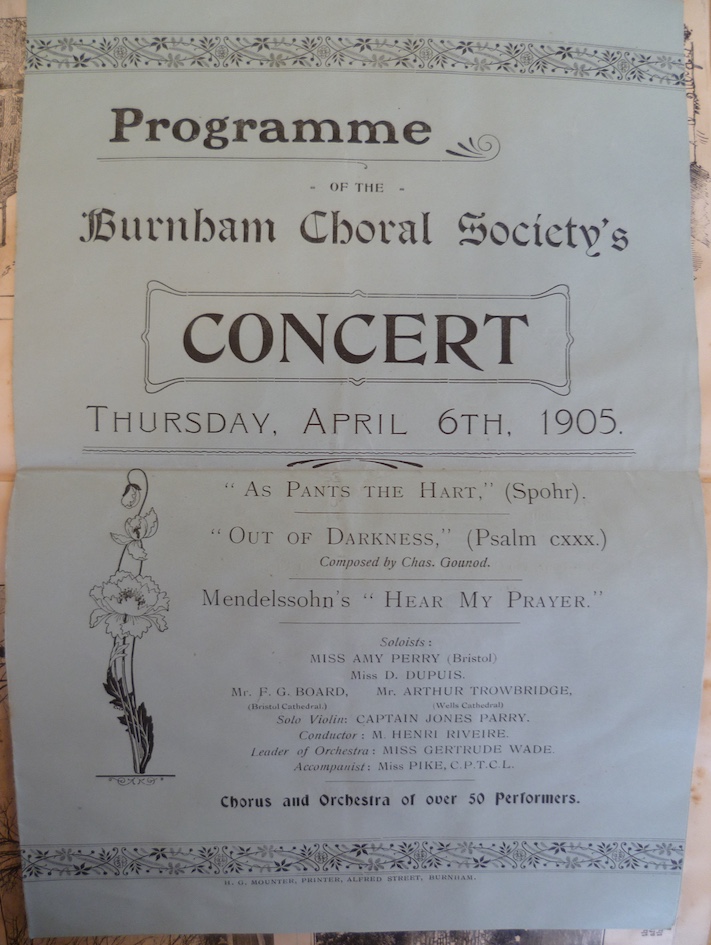 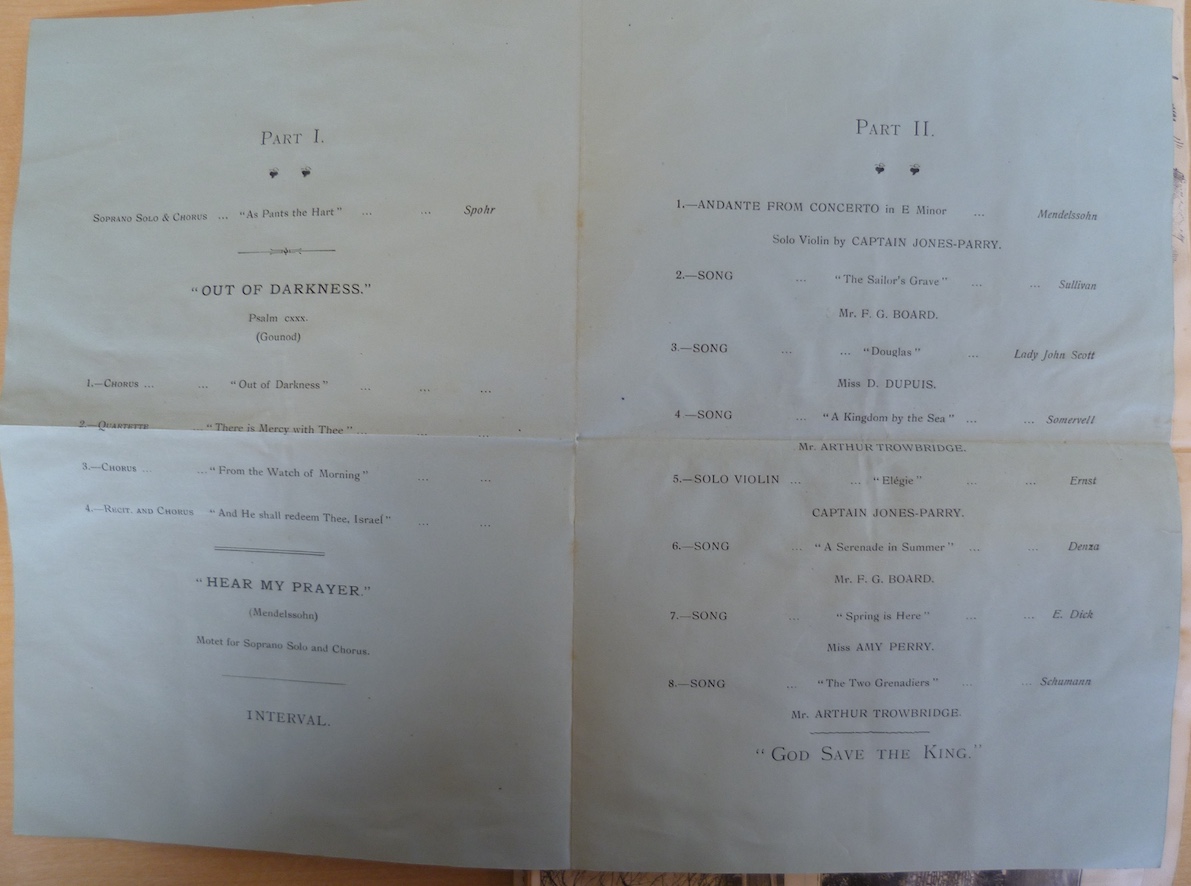 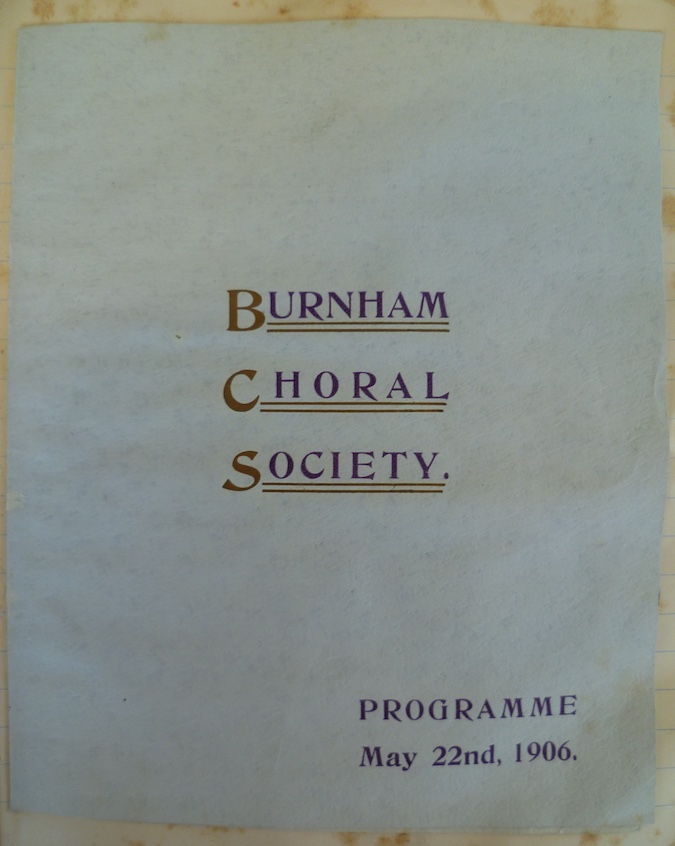 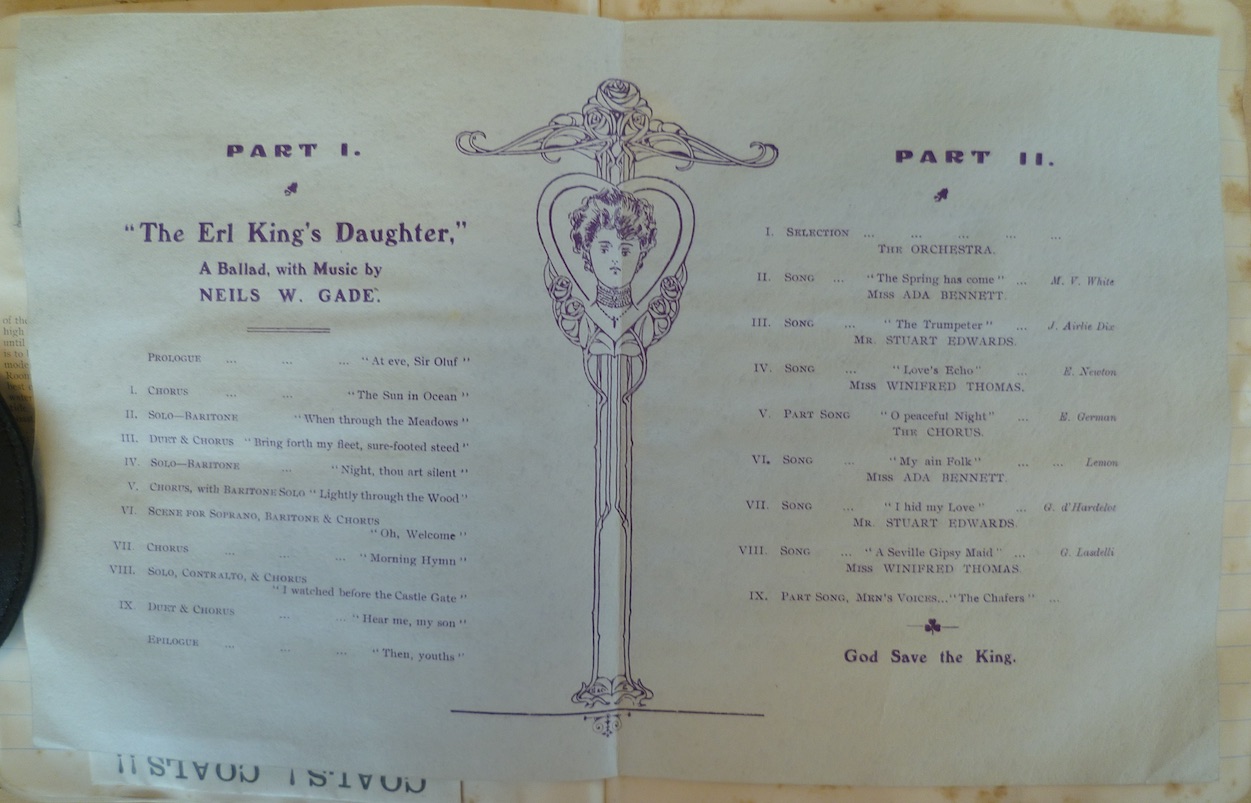 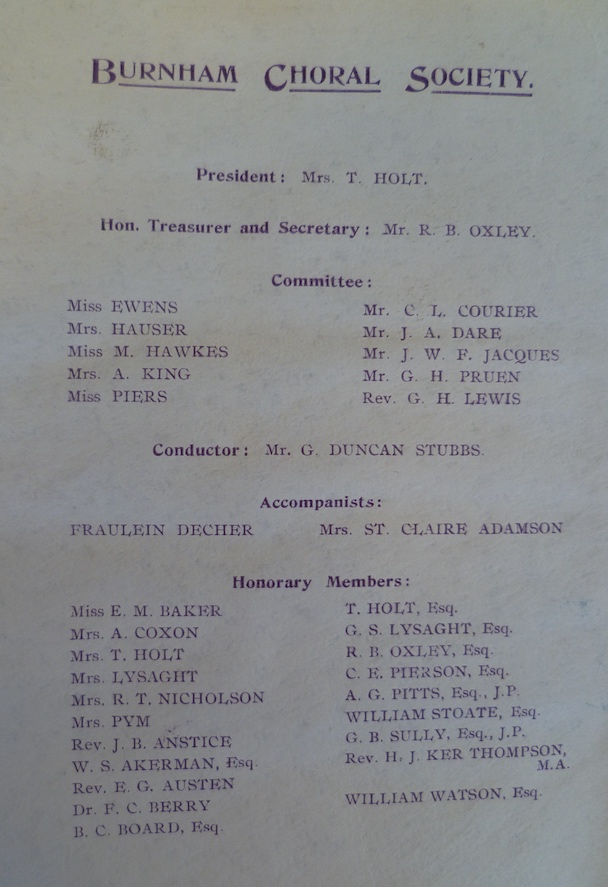 all of these items were discovered in the Dupuis Diaries

Town Hall and Other Concerts 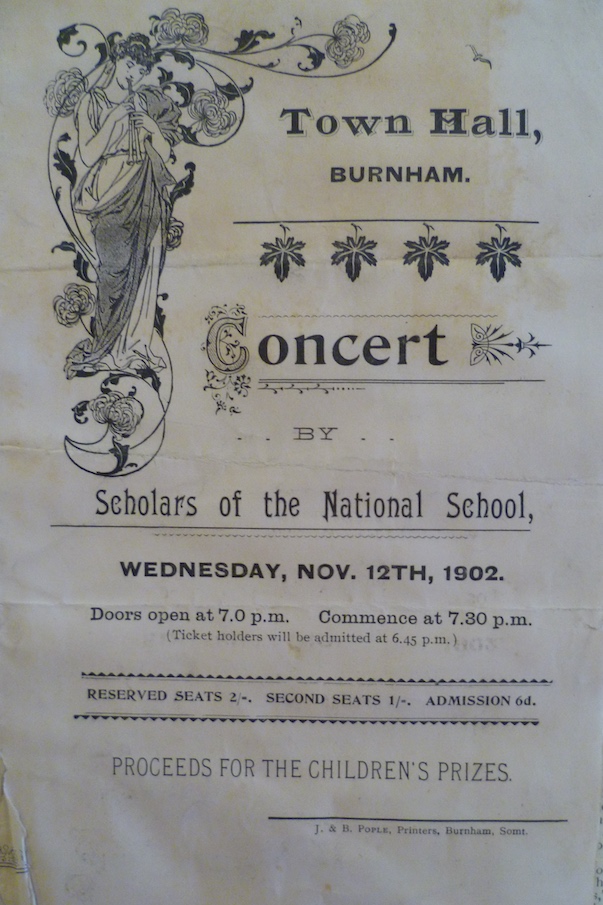 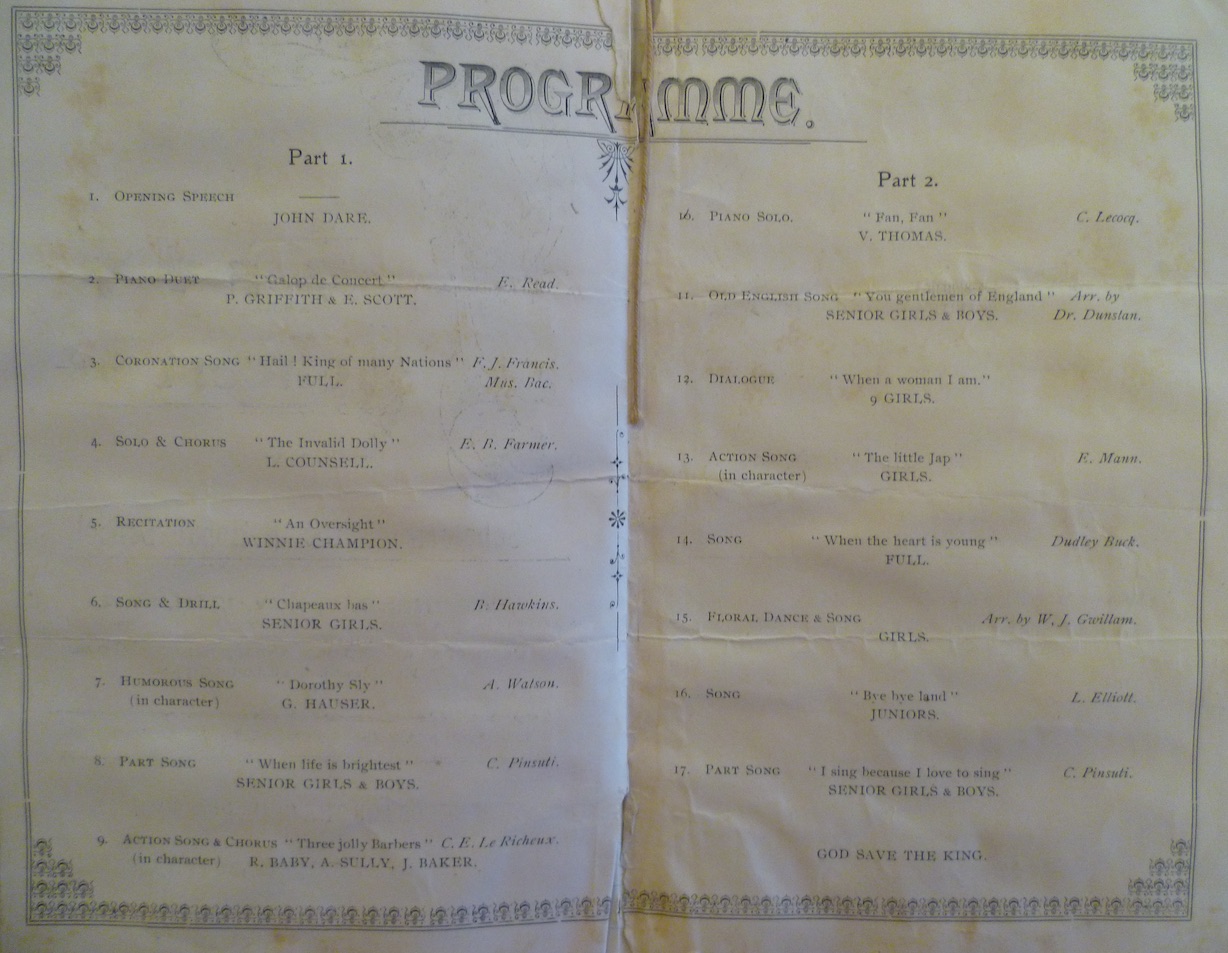 Local Press report of the National School concert of the following year: 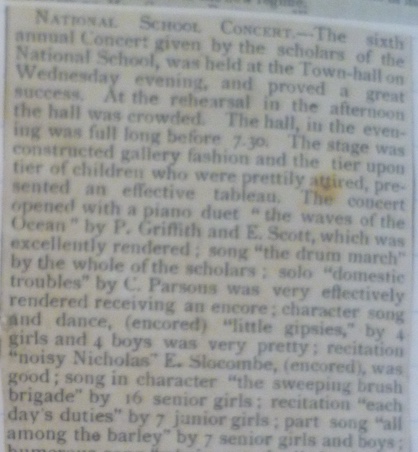 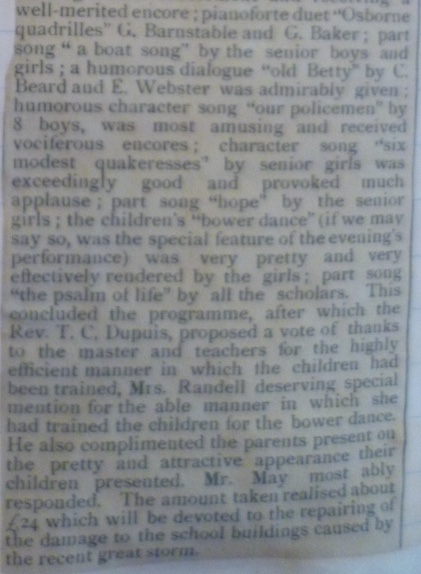 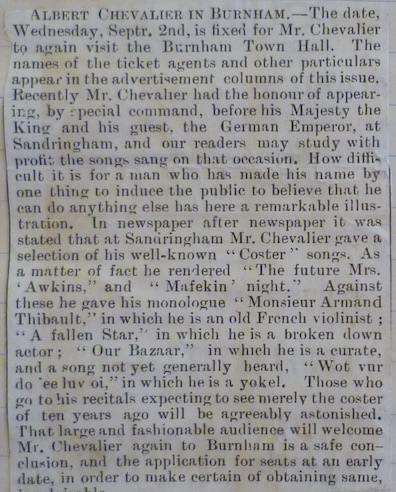 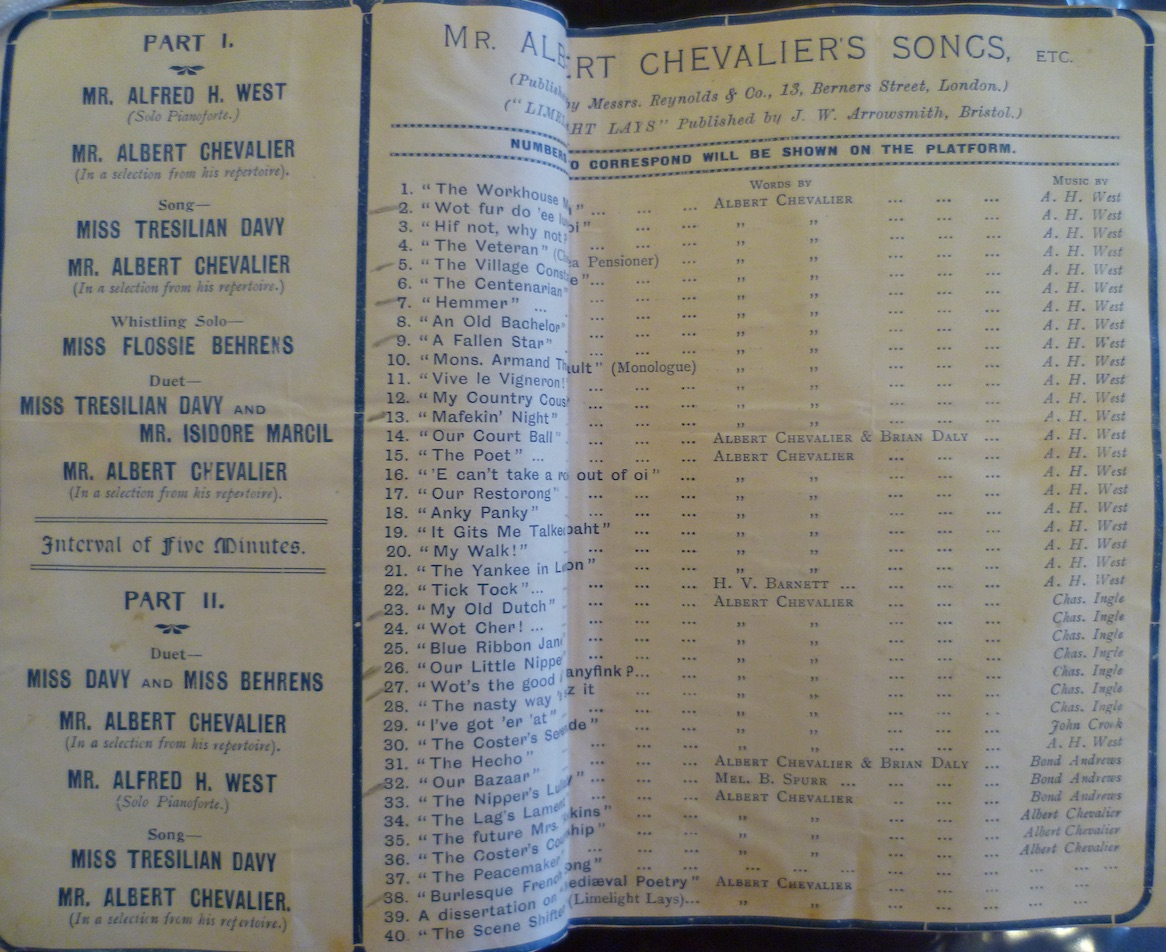 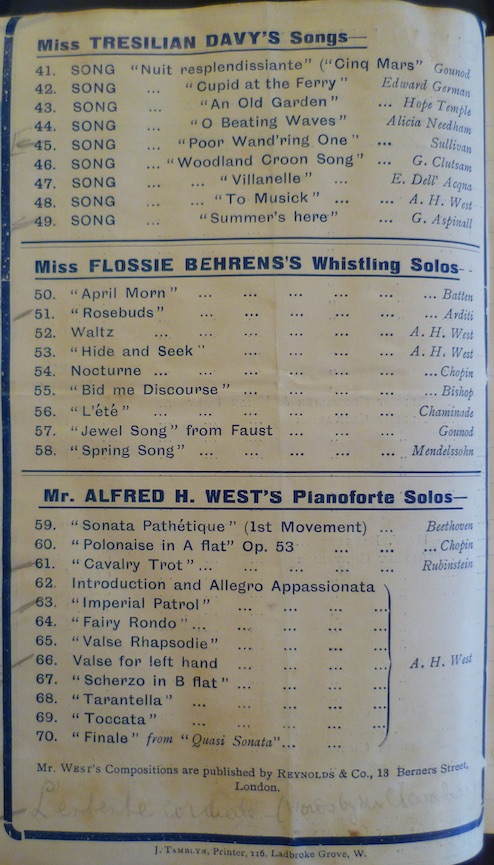 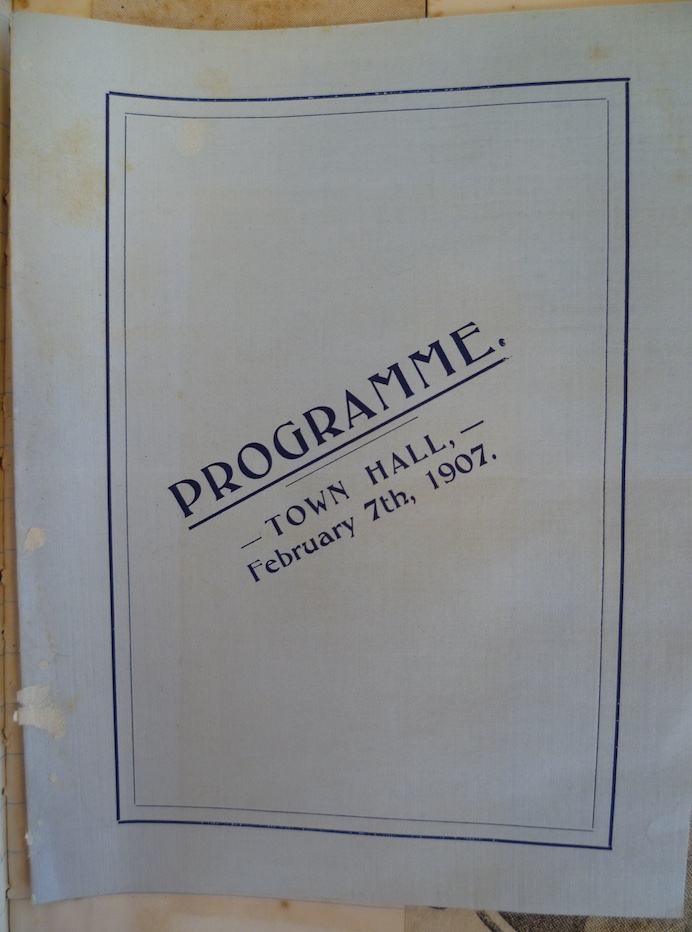 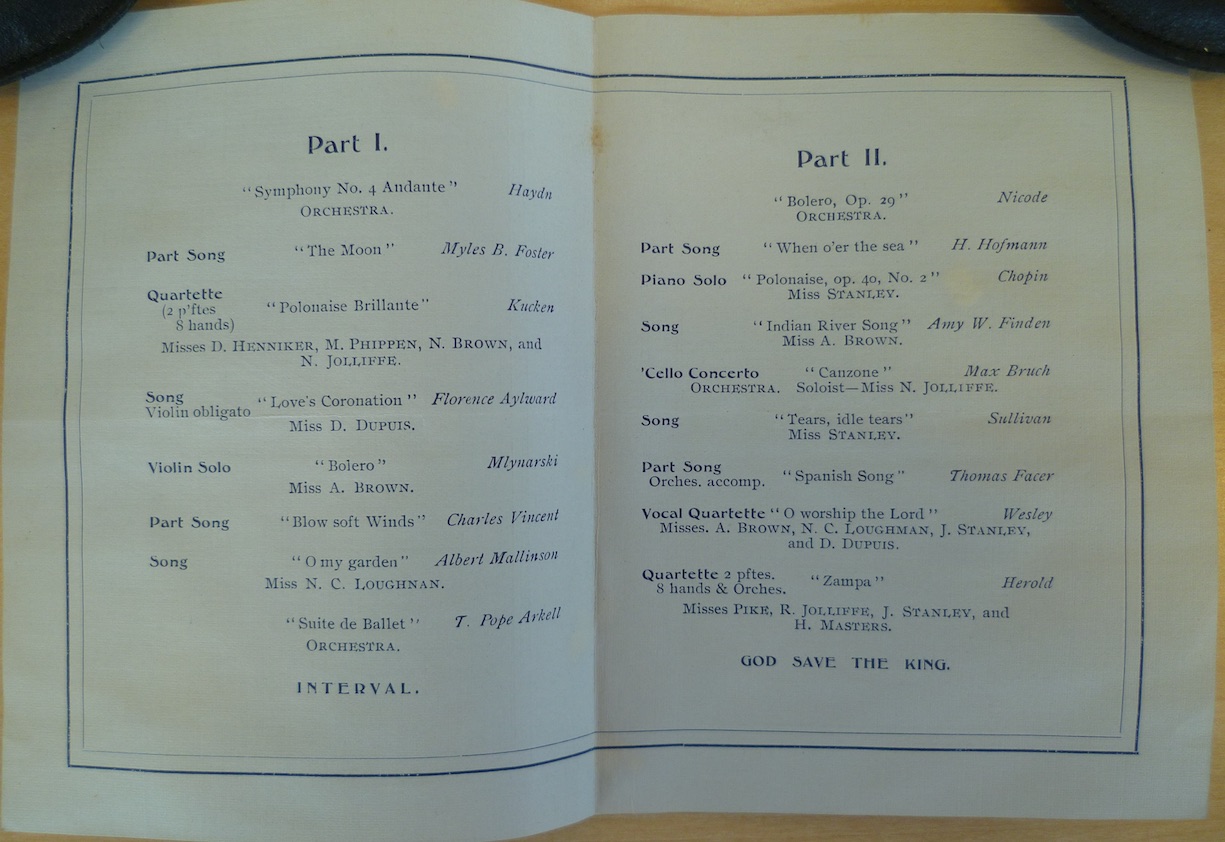 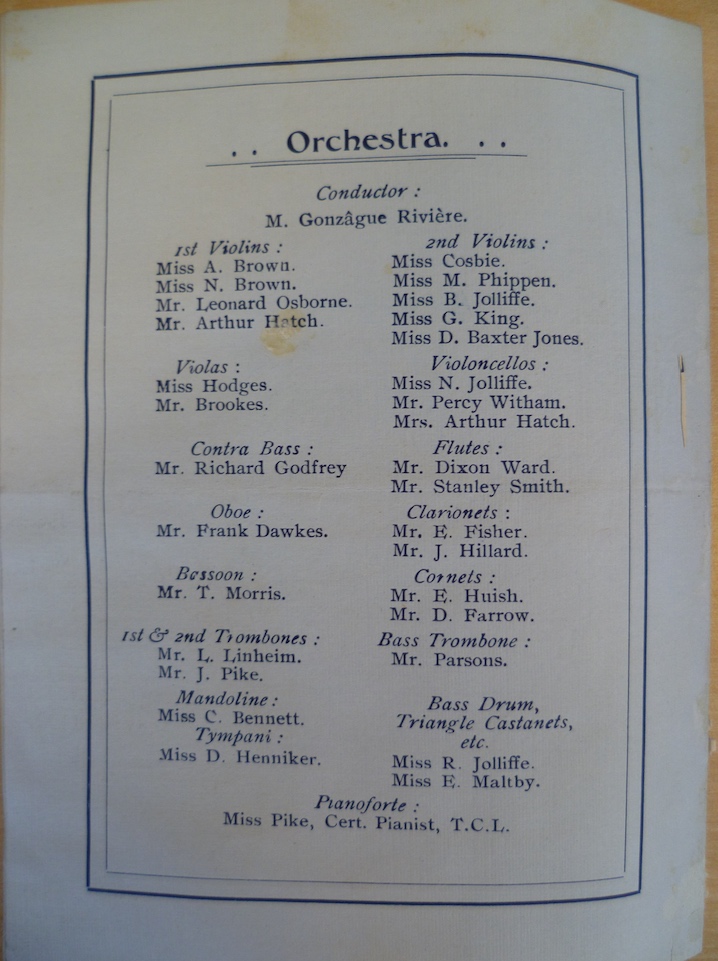 The report below appeared in the Highbridge Advertiser of 3rd March 1940: 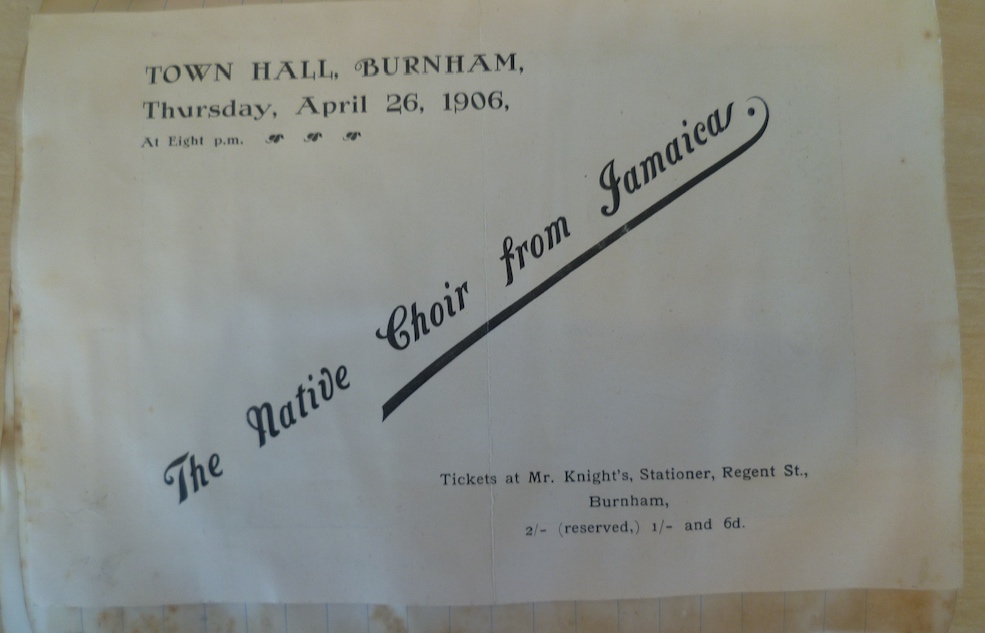 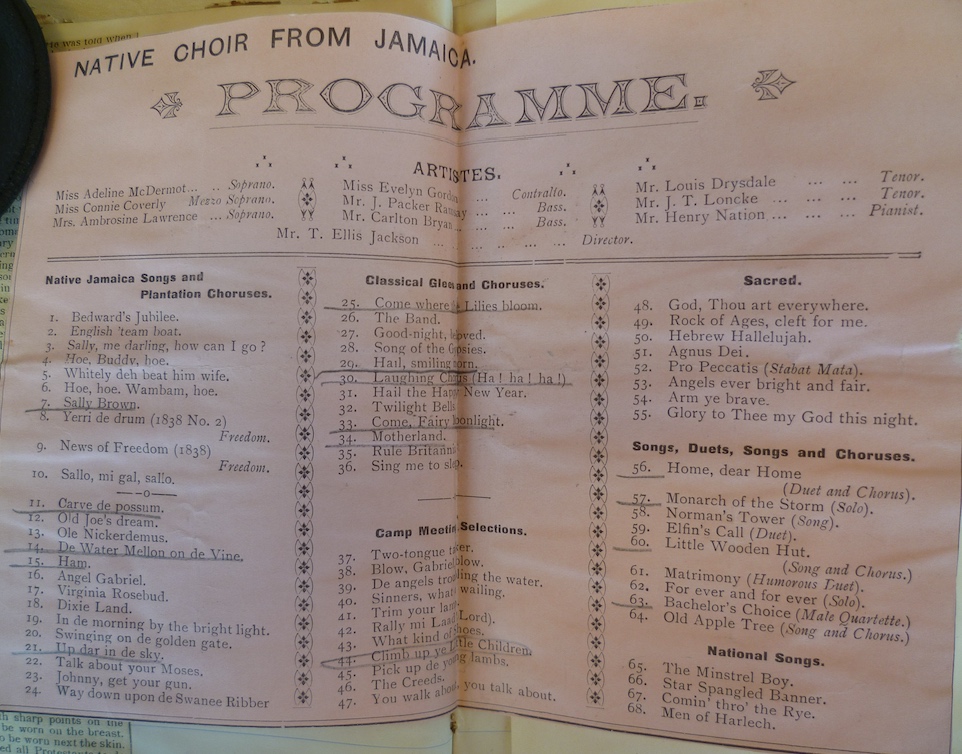 Programme  discovered in the Dupuis Diaries