The ancient watercourse  known as the  River Siger  ran  from the Somerset levels east of Highbridge. It  followed a route to the north along the A38 as it reached the area of  the Fox and Goose pub it was joined by other major tributaries and turned sharply to the west entering the sea at a point almost opposite the low level lighthouse.  At it’s widest it was almost 400 metres wide.

The first mention of it is in the 7th century in an Anglo-Saxon Charter date 663AD (or possibly 693 A,D.) as marking one of the four boundaries of land granted by King Ine to the Abbot of Glastonbury: having on it’s west side the Sabrinam (Severn); on it’s north side the Axam (Axe); on it’s east side the Ternuc (or Ternic) (possibly Tarnock) and on it’s south side the Siger.

The prehistory of most of the land in Somerset was that it under water until a few thousand years ago. Areas then began to be reclaimed from the sea. During the Roman period there is plentiful evidence of salt production along the Huntspill and further inland (see illustration1). The black triangles indicate sites of salt production (see also Samuel Nash). In order for seawater to travel this far there could have been no sea defences around Burnham and Highbridge. 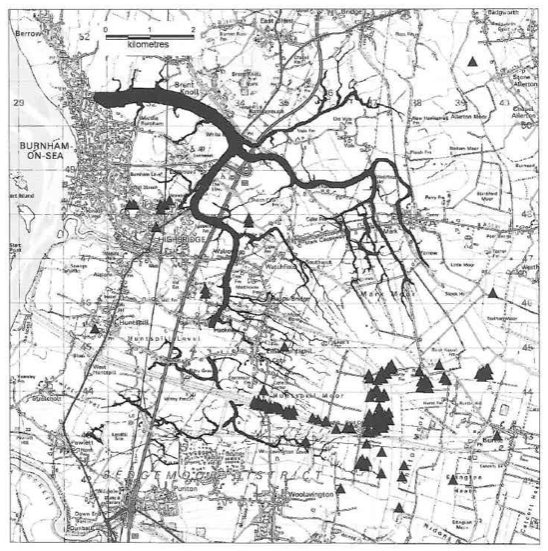 During the Saxon period the land was further drained and was worthy of mention in  the Domesday Book, by which time Burnham was a small settlement.

By the medieval period the land had become sufficiently drained that the River Siger ceased to exist, it having been dried up or silted up.

The Siger (and Edithmead meander) are clearly visible on maps which have been complied using LiDAR (Airborne laser altimetry). This method uses a laser beam to accurately measure the distance between an aircraft and the land surface. This data is then used to produce a 3D image of the topography (see Illustration 2 where the water courses are traced in purple). This system was developed by The Environmental Agency and was used to accurately measure the local topographical features, especially height of ground above sea level. 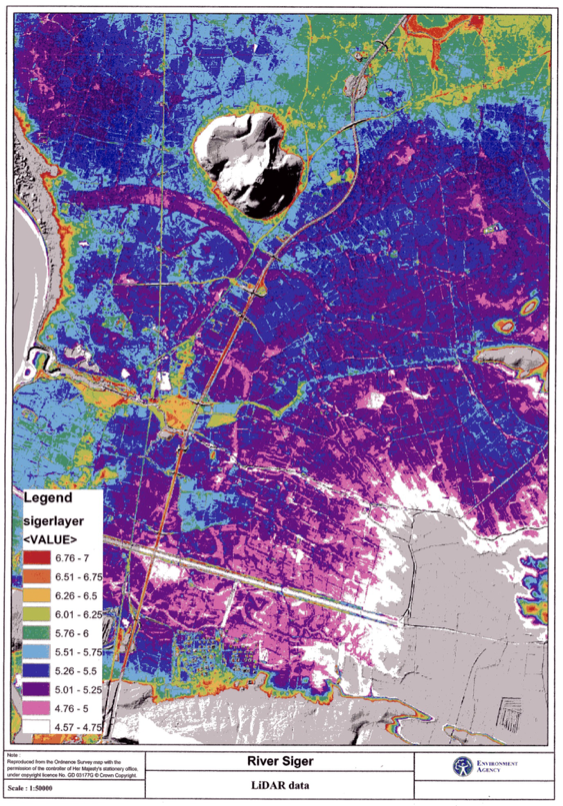 Below is a photo of a flood in 1960 which appears to show the old Siger watercourse. 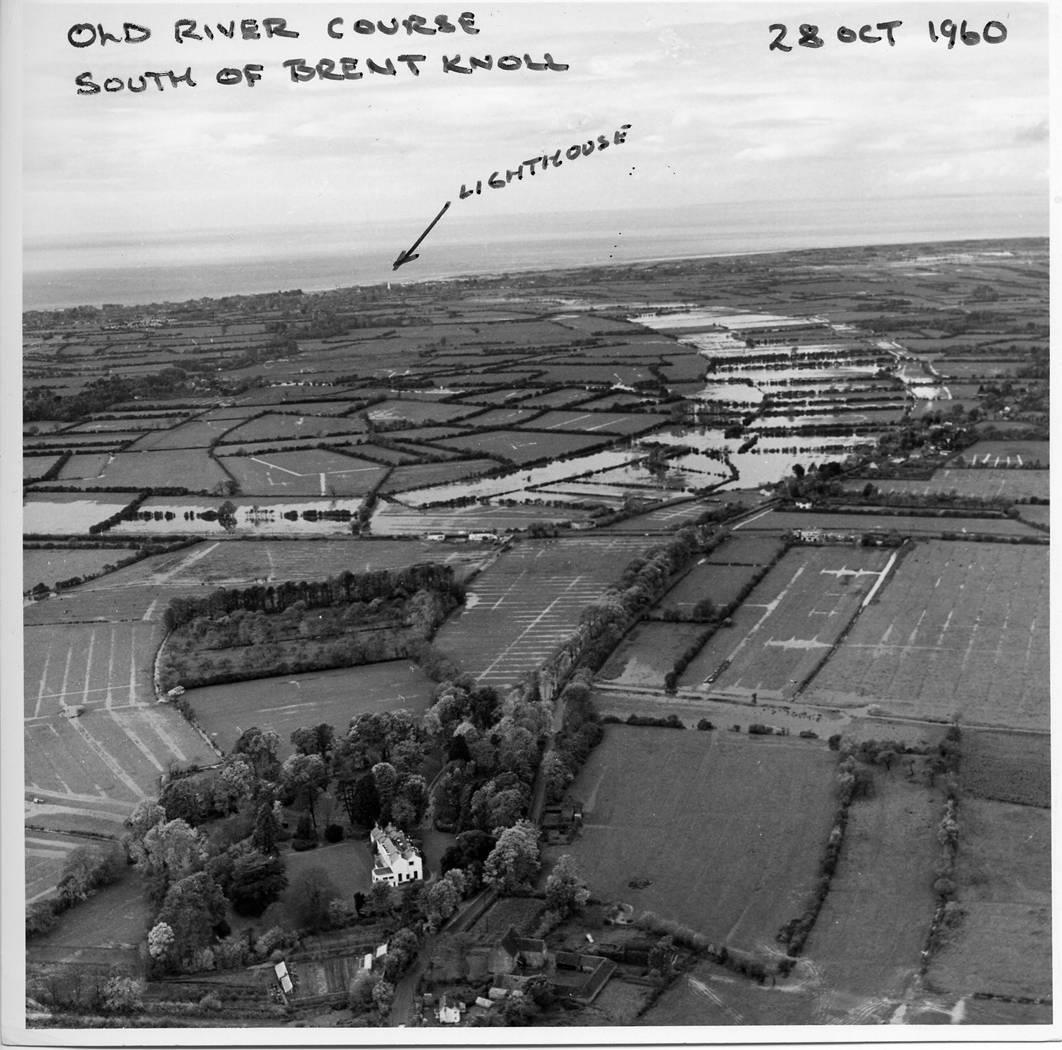