The Mate’s Guide of 1903 describes Hart House as a large boarding school which moved to Burnham from Cornwall in 1893. It moved into the house previously known as ‘The Grove’ where the road called Gardenhurst now runs.   On arrival in Burnham its principal was Rev. J. Thompson, who had been succeeded by his son Mr H. J. Ker Thompson by the time of the guide. He retired in 1906. 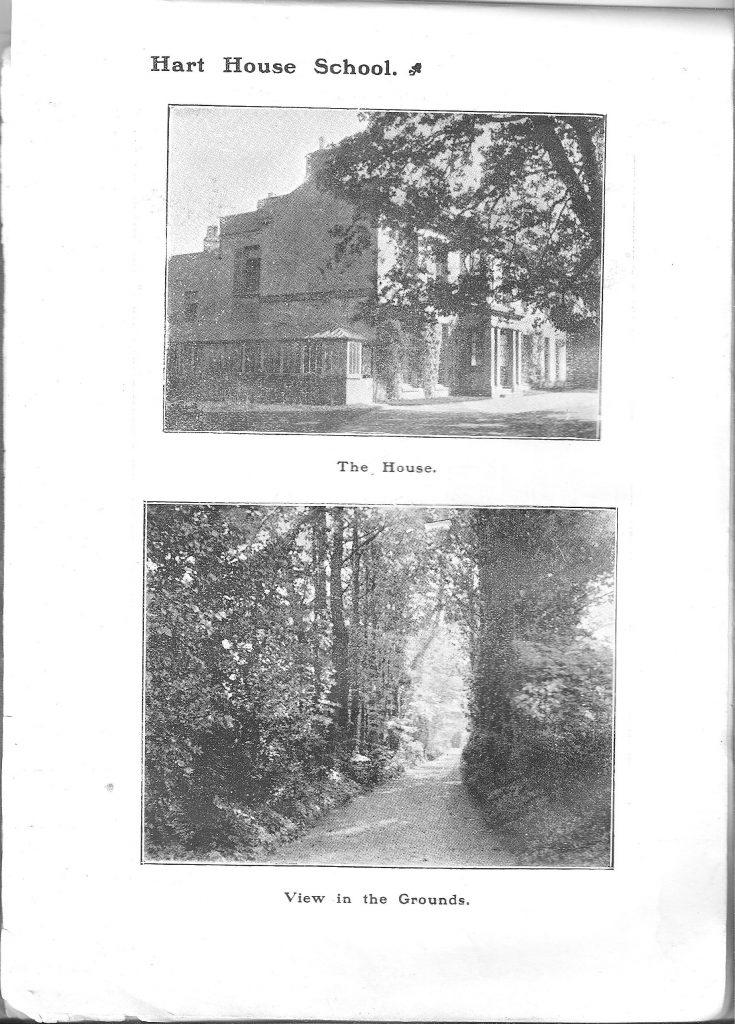 The house, says the guide, “is built in the Georgian style and stands in the midst of extensive and beautiful grounds, over eight acres in extent. The house is approached by an avenue of fine trees which forms an interesting feature of the Berrow Road. A large number of pupils have passed through the school which takes a very high position among the similar institutions of the county of Somerset.” 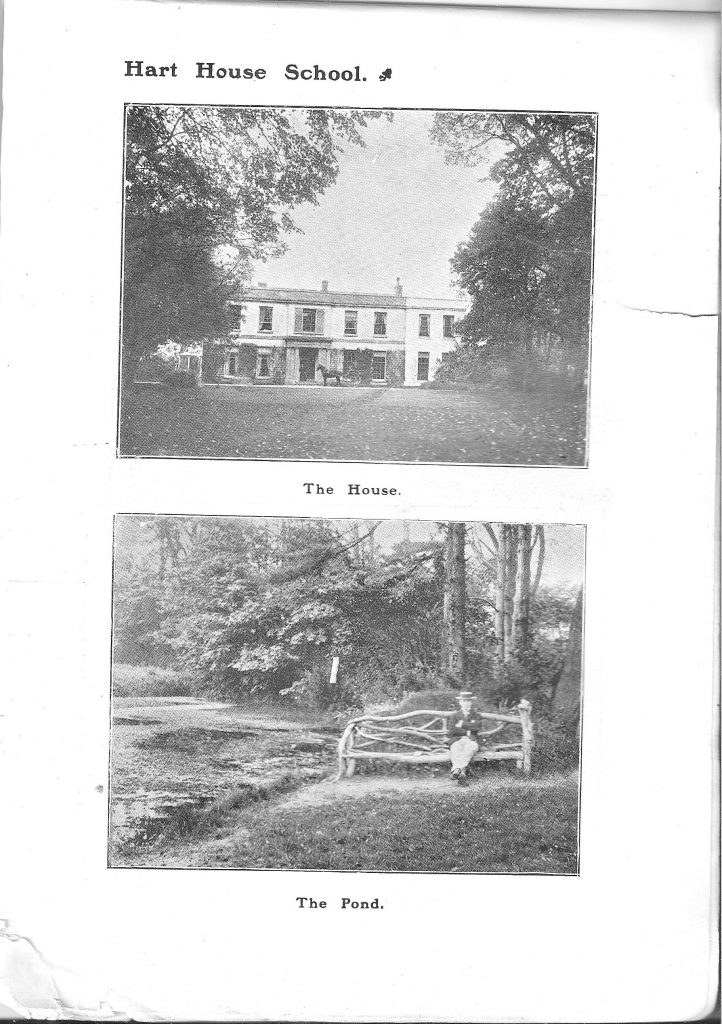 Below is a press clipping from around 1898, found amongst the Dupuis Diaries, about the original school and its move to Burnham. 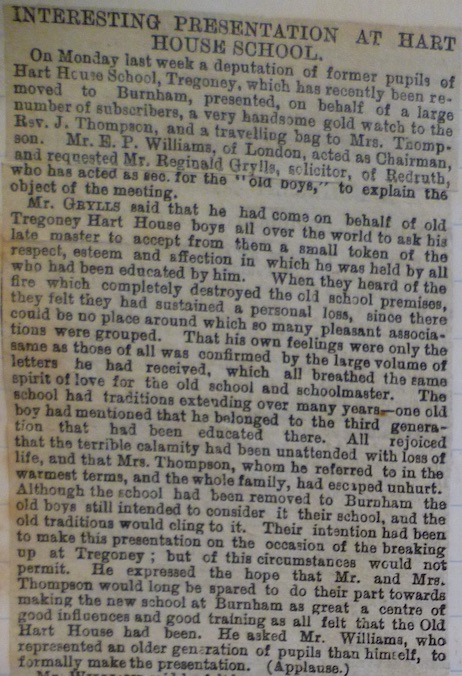 Also among the  Diaries were a couple of issues of the school magazine. Below is an example front page. 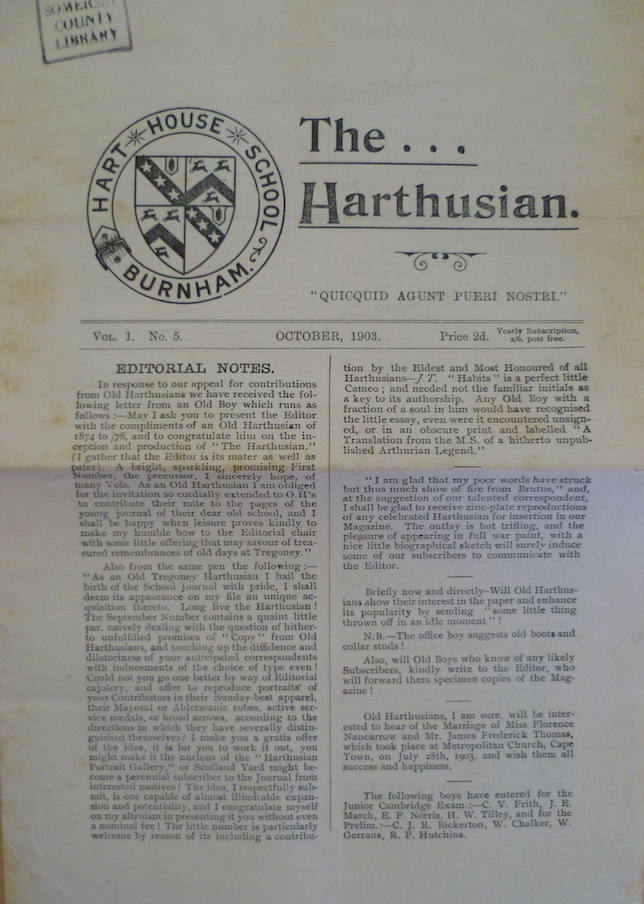 Below is a report of a fund-raising open air concert held in the grounds in 1904.

It seems that the school closed in 1911.

A report in The Burnham Gazette of 22nd August 1914 states:

A contingent of lads from Bath Industrial School are spending a fortnight’s holiday in the beautiful grounds of hart House, Burnham, and they return home in the early portion of next week. The boys, who are in the charge of Superintendent James, have thoroughly enjoyed themselves, the weather and general conditions having been favourable. For may years a contingent from the school has had an annual camp holiday at Burnham.

The industrial school had been founded ‘to reclaim abandoned boys, and to rescue those whose unhappy circumstances would inevitably lead them to crime and profligacy’ .

During World War I the house was used as a hospital for injured soldiers. (Images below used by kind permission of Bob & June Thomas). 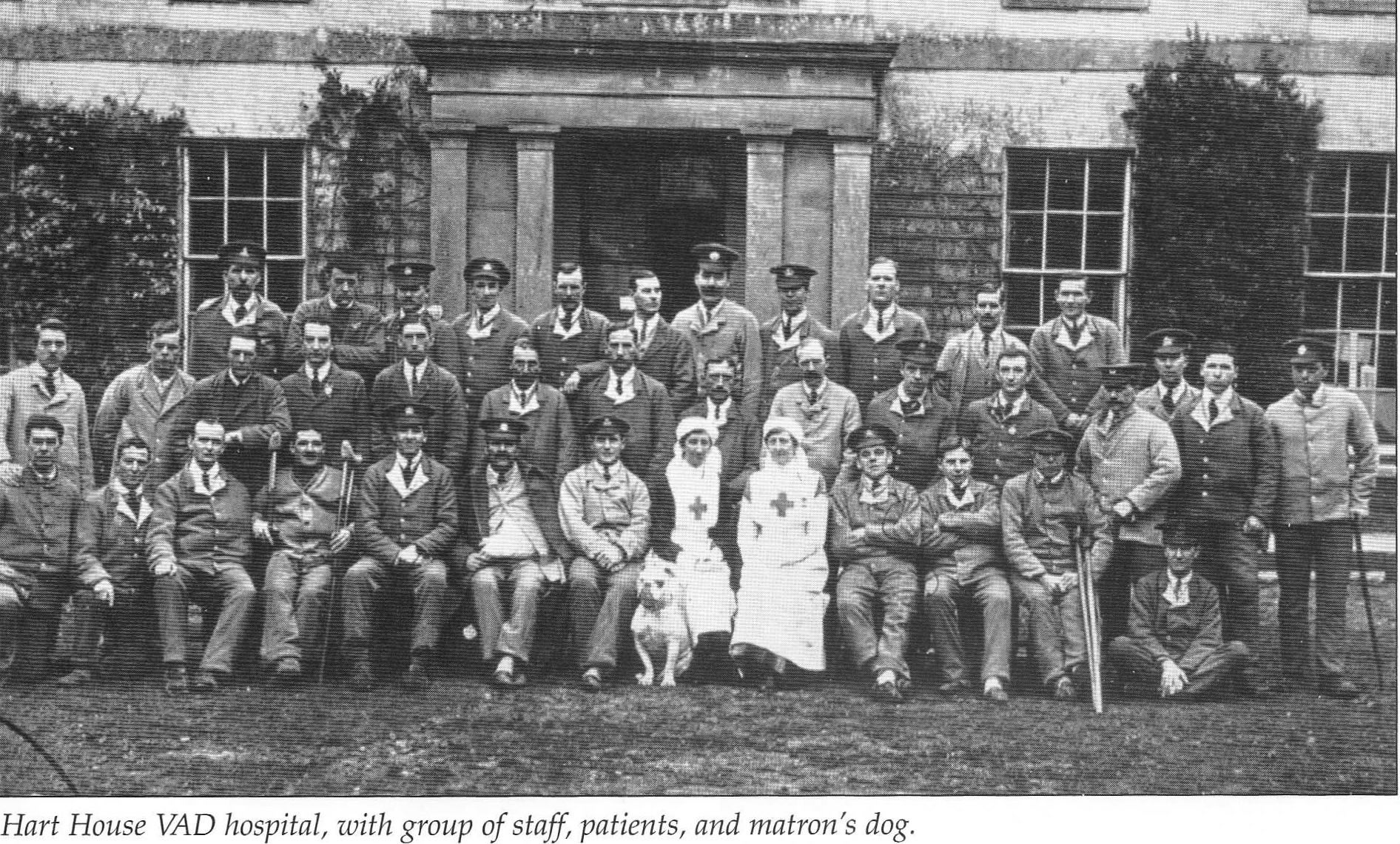 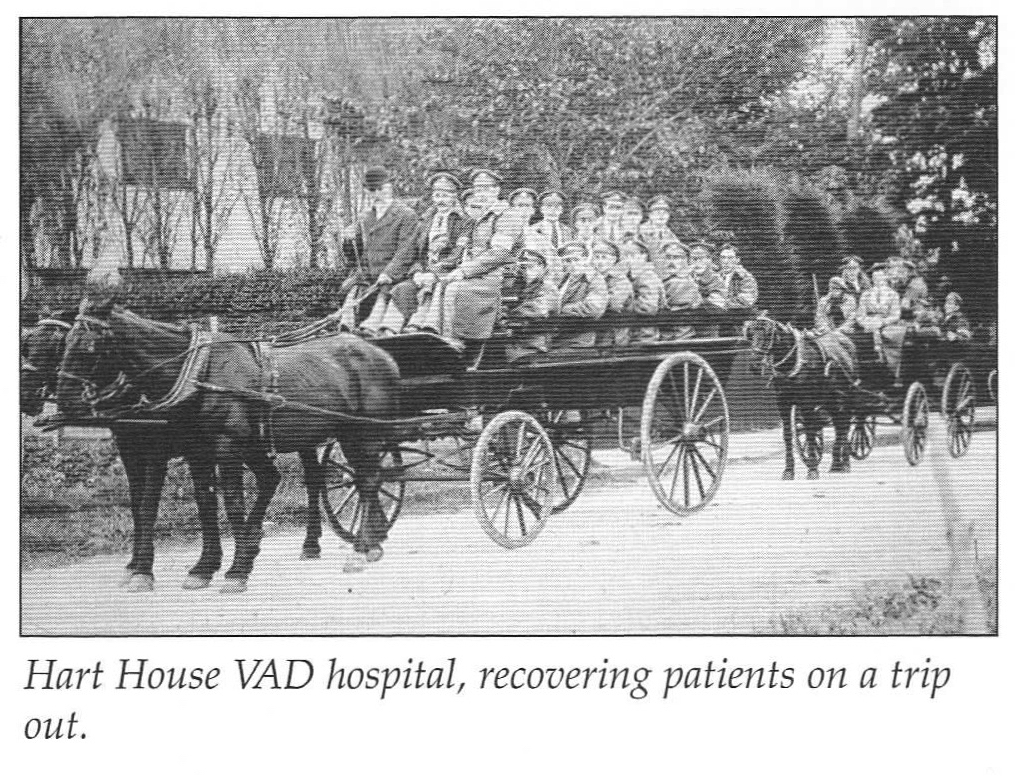 A very successful Garden Fete was opened at the Hart House Hospital grounds on Wednesday afternoon last by the Countess Waldegrave, D.B.E., supported by Mrs Sanders, Lady Cave, Lady Tucker and a large and distinguished company of patrons.. Beautiful weather favoured the proceedings. The sideshows, entertainments, dancing etc., came in for a large share of patronage. The proceeds were in aid of hart House V.A. Hospital and it is hoped this most deserving institution will considerably benefit from this very popular garden fete.

The house was later enlarged to become the Manor Hotel before the area was redeveloped for housing.