Jesse Hawkings and his family.

There have been Hawkings in the Brean and Berrow area since at before 1726 when James Hawkings, son of Joseph, was baptised at Berrow Church.

Jesse was James’ great great great grandson. His father Edmund was a substantial farmer, businessman and  also a parish representative on the Axbridge Board of Guardians. 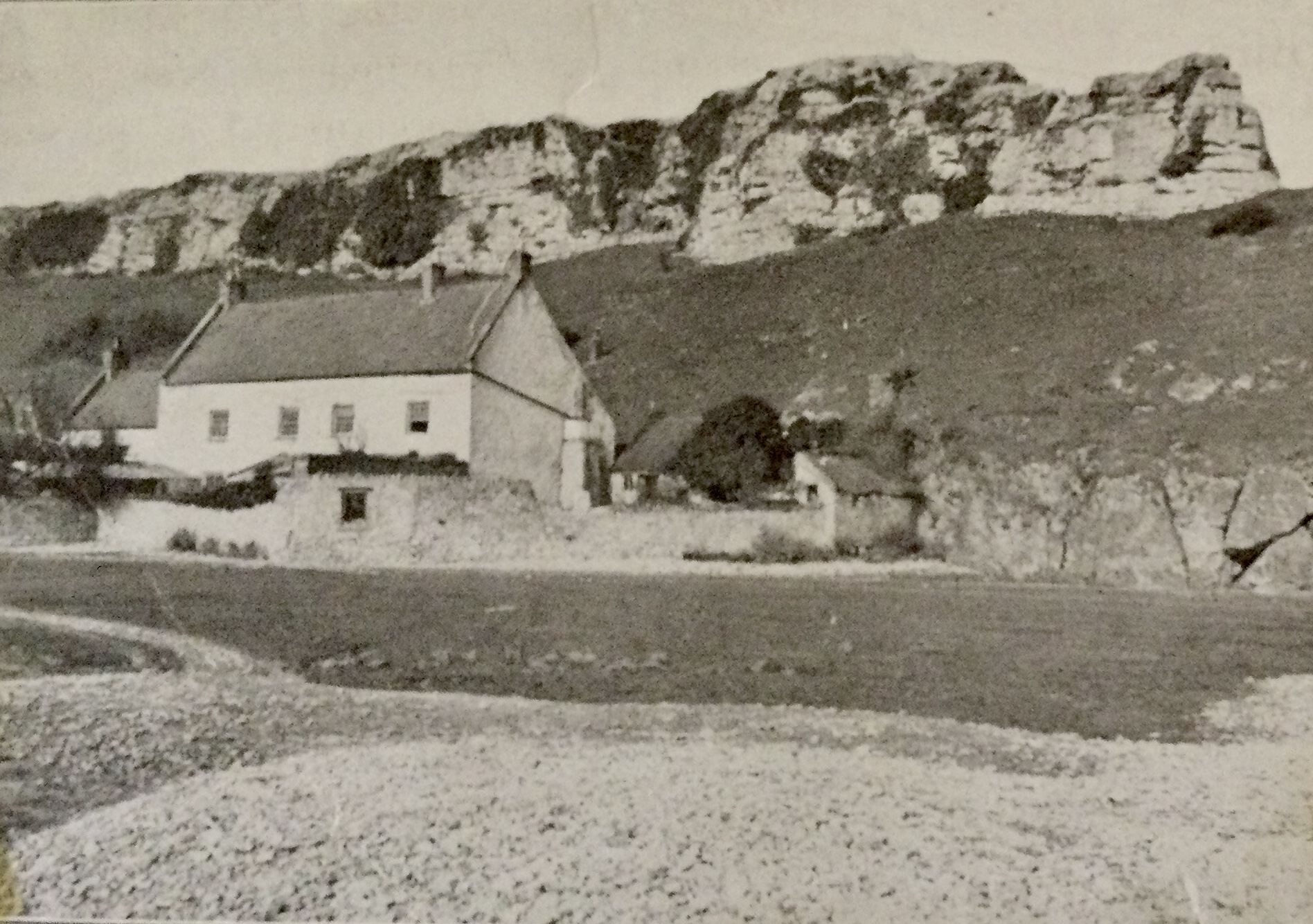 In 1885 Jesse Hawkings married Annie Sarah Corley and lived for a time at Rosewood Farm in Love Lane. Unfortunately Annie died during the childbirth of their daughter.

Around 1910 Jesse had remarried Ethel and they were living at Brean Down Farm, having moved from Northam Farm. The farm is medieval in origin though much of building dates from 19th century, built on earlier foundations, 6 ft thick in places suggesting fortification, possibly against incursion from the sea.

Jesse and Ethel had a large family, and the Farm was doing well. They kept pigs on the farm fed on whey from the cheese making. Caerphilly cheese was made in large quantities, and was of high quality, winning many prizes.

Jesse was a local churchwarden and a manager of Brean village school and also, like his father, a representative on the Axbridge Board of Guardians. He was involved in the district Food Control and War Agricultural Committees of the National Union of Farmers.

On Sunday morning of June 10th 1917, Jesse had left the remainder of the family to look over the livestock. William Bence was working in the piggery, and looked out to see Jesse lying face downwards. It was apparent that he had been gored to death by a pedigree bull which had broken loose from its pen. He was buried in a quiet corner of Brean Churchyard on the following Thursday 14th June 1917. It was soon after Jesse’s death that the Hawkings Family left Brean Down Farm and moved to Ethel’s mother’s house Lansdowne, in Stoddens Road, Burnham.

The earliest reference to the Hawkings living at Paradise  Farm on the Berrow road is that Walter and Mary were running the Farm in 1871.   In around 1926 Jesse’s eldest son Ernest and his wife Lily moved to Paradise Farm when Jesse’s brother Will retired.

In the early years after the war the business included a milk round. In later times they became well known and popular locally when they kept the Paradise Farm and Dairy Store. 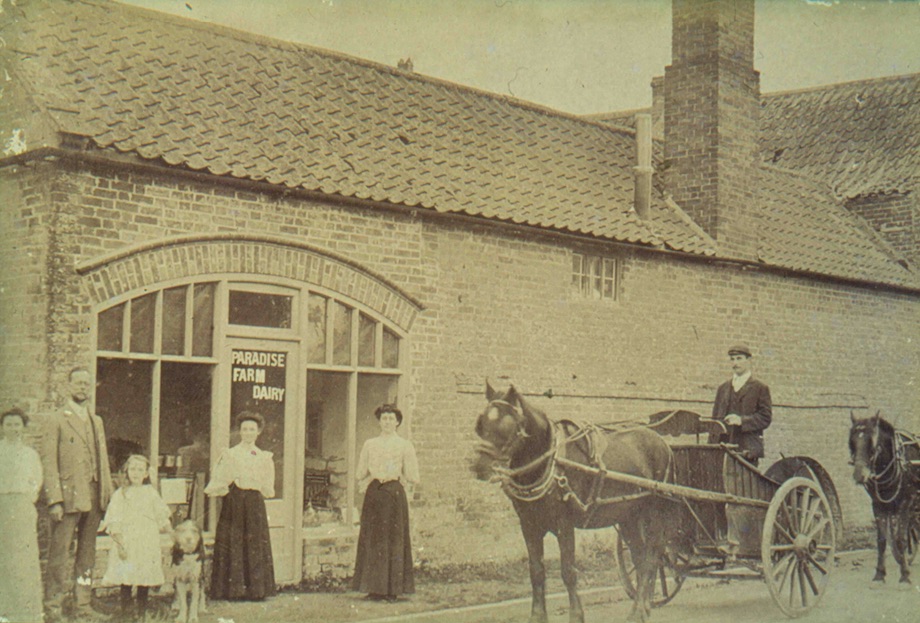 Ernest’s son, Brian, recalled helping his father on the milk round, usually accompanied by the family dog “Chum “. On one occasion the dog was left behind, but he got out, and because he knew the round ,was able to catch up with the horse and cart. It was also said that the horse knew where to stop, and for how long. Butter and cream were also produced in the dairy. Family members helped out in the shop filling shelves and serving behind the counter. Old fashioned varieties of sweets were sold from large sweet jars, weighed in ounces and placed in paper cones or bags. Varieties included sherbet lemons, chocolate limes, dolly mixtures, dew drops, aniseed balls, chewy nuts, assorted toffees and eclairs, and many more favourites.

Ernest was involved in Operetta  productions in Burnham from their early days, apparently having made his debut as early as 1913 with the production of HMS Pinafore. 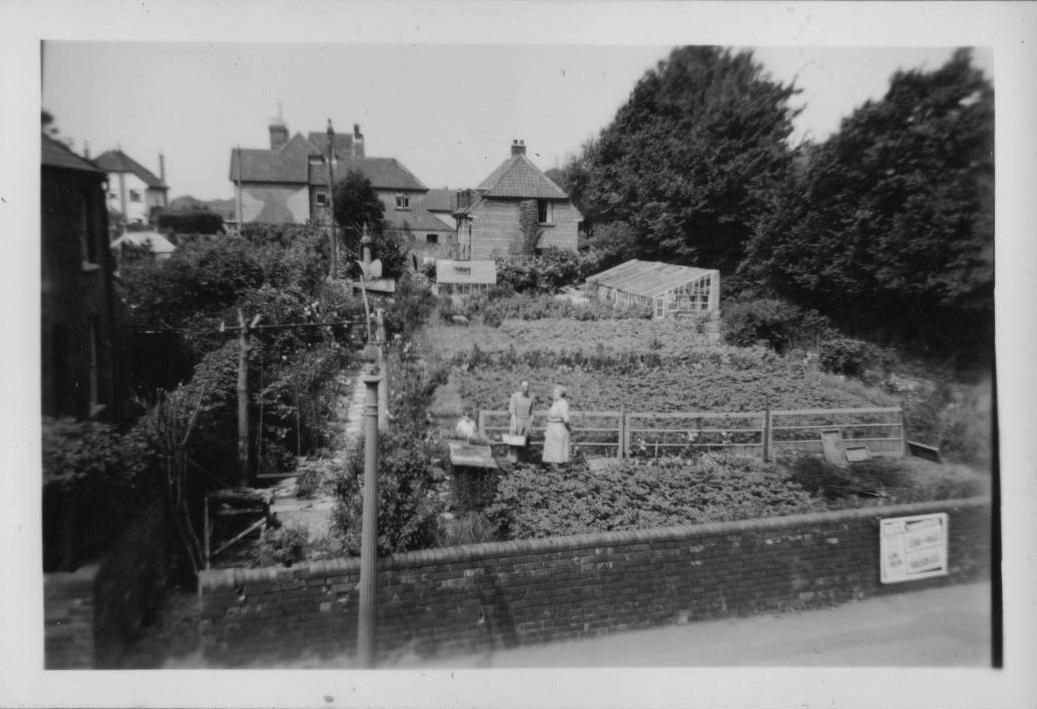 His son Ivor worked as a projectionist at both the Majestic and the Ritz cinemas. On land opposite the shop he tended his garden where he grew fruit and vegetables which he sold as home grown in the store, including potatoes, cabbages, runner beans, carrots, radishes, and salad crops in season. 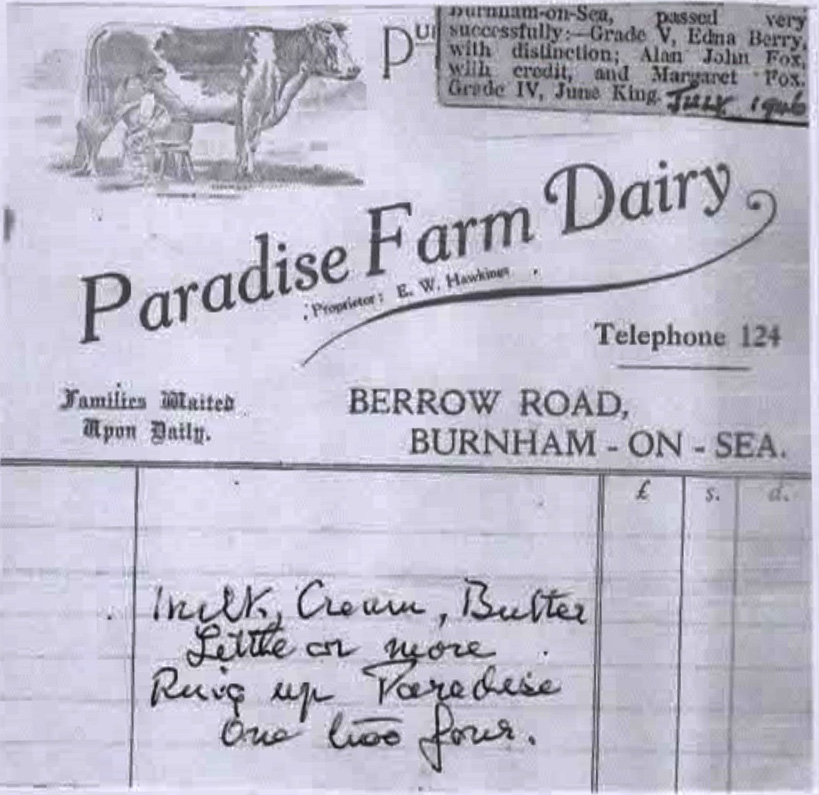 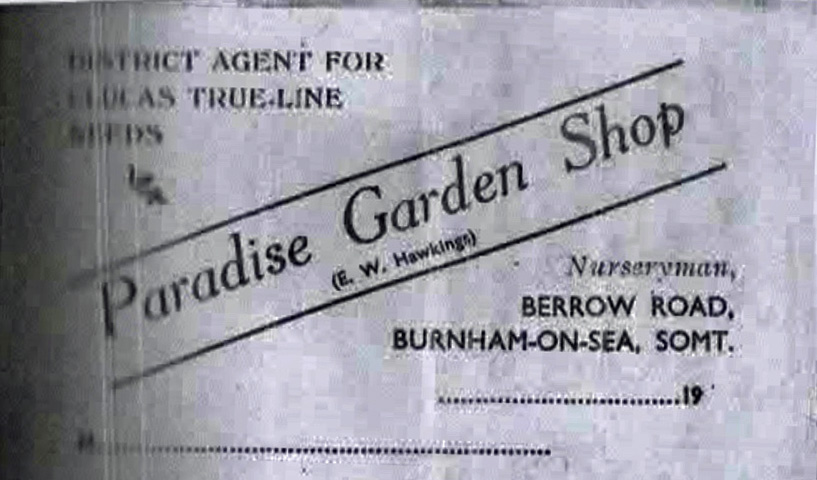 They opened a second shop in Abingdon Street. The advertising slogan reads.

Ernest’s grandson’s Peter and Michael recall when visiting their Grandparents being given fishing nets, and fishing in Brent Broad rhyne for sticklebacks.

Earnest and Lilly Hawkings raised seven children, five girls plus two boys,  spending long hours in the dairy washing bottles, and it was with some relief to the Family when they eventually had a shop conversion, building a flat above the shop with separate access via outside stairs. They sold the business and retired to Westfield Road. Earnest could often be seen cycling his old upright bike in town, wearing a trilby hat.

The Hawk Motor and Cycle Works

Early in the 20th century Jesse’s brother, Walter H. Hawkings,  set up  ‘The Hawk Motor and Cycle Works’ on the corner of Victoria St and College St in Burnham. 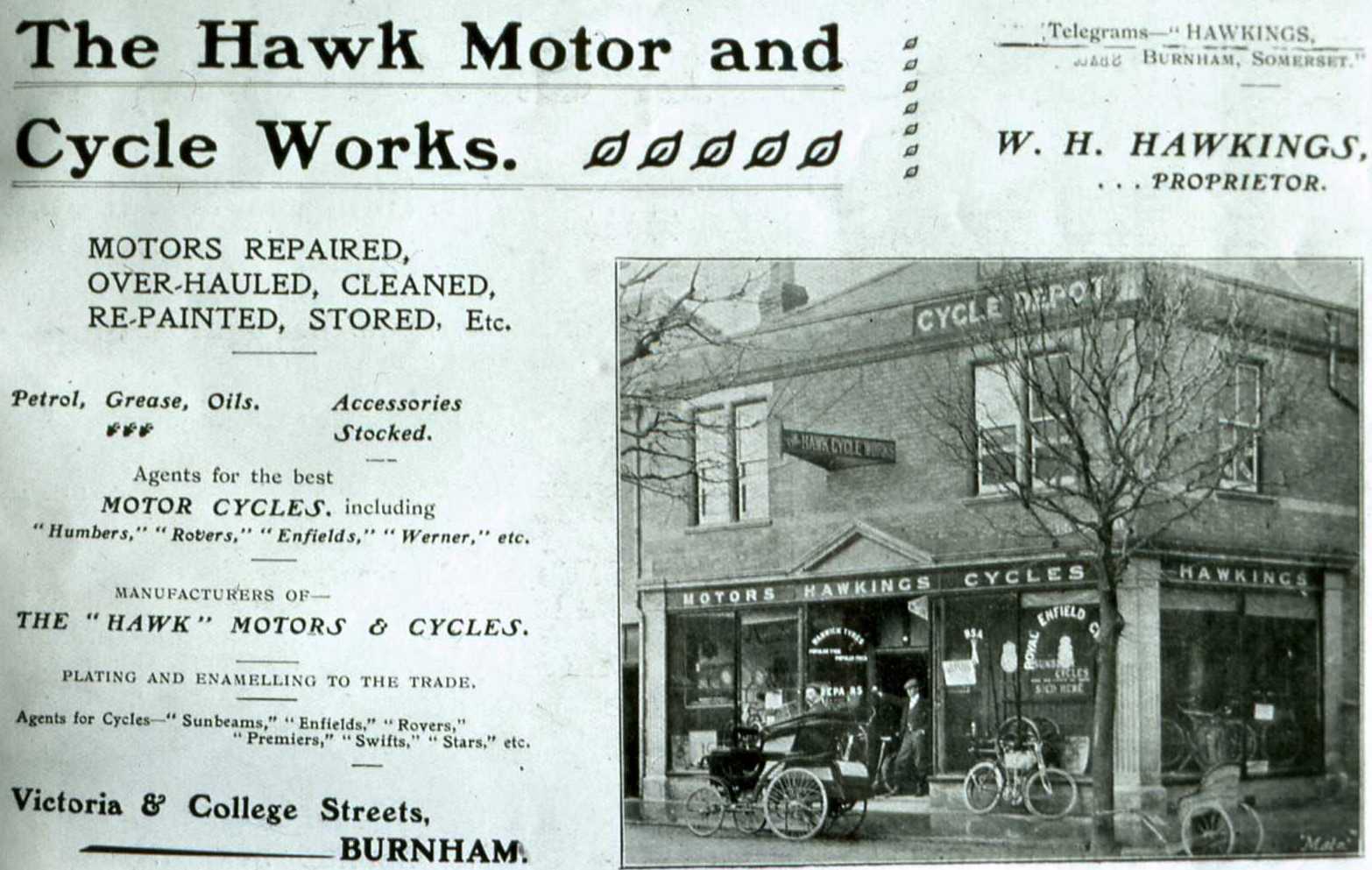 The business repaired and repainted motor vehicles, offered vehicle storage and sold automotive supplies & accessories. He acted as an agent for Humber, Rover and Enfield cycles & motorcycles among others and even manufactured his own motors and cycles (‘The Hawk’). Walter, like his brothers, was a talented musician. He played with a number of local concert parties and composed some of his own songs. He married Helen Mary Duckett and they had one daughter Irene. Walter died in 1954.

Thanks to Pete, Mike & Denis Hawkings for permission to use this information, extracted from ‘Life Among the Hawkings’ by Denis Hawkings.