Cyril Smith (1908-1975)  was born in London, and lived in Holland Park with his four brothers and two sisters. His mother, Madame Regina Crutcher, owned a second hand dress shop in Portobello Road. Before the war he would wander round the market, finding bargains, old bicycles and  guns. He was a talented cartoonist and was offered a job on a London paper, but did not want a 9 to 5 job.

He also set up a small museum where people could see his collection of 15 roadworthy ‘penny-farthings’ and vintage motorcycles.

Cyril made plaster models of famous people and sold them to the local tourist shops. His wife, Jackie, was the breadwinner as she was an upholsterer, making curtains and covers for the rich folks. Cyril was the ultimate recycler, growing his own food , kept chickens, and shot pigeons to eat and made his own wine. 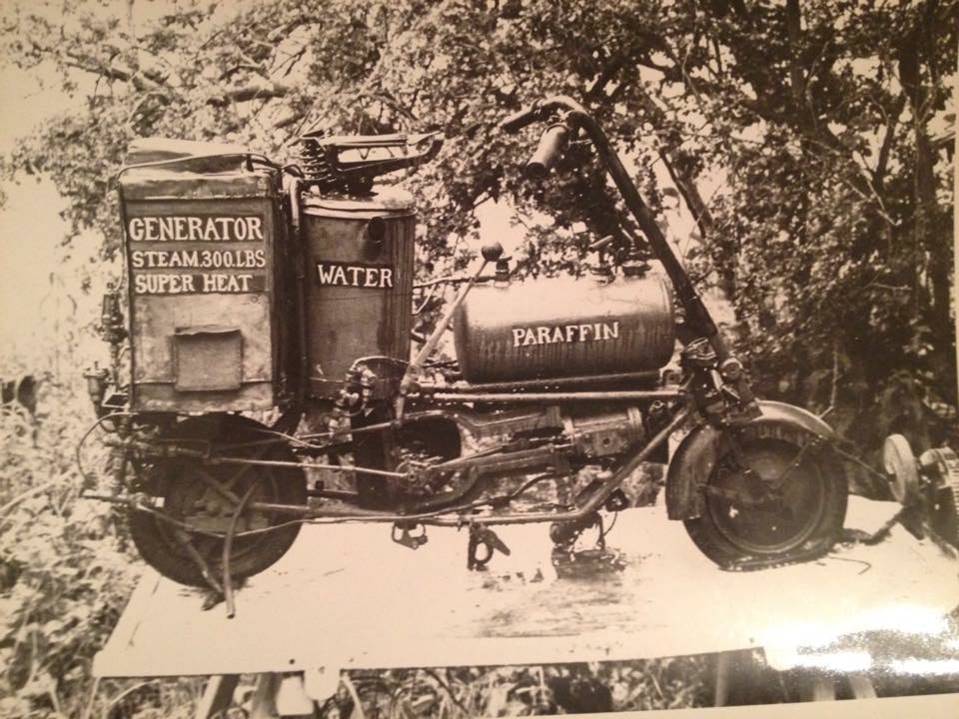 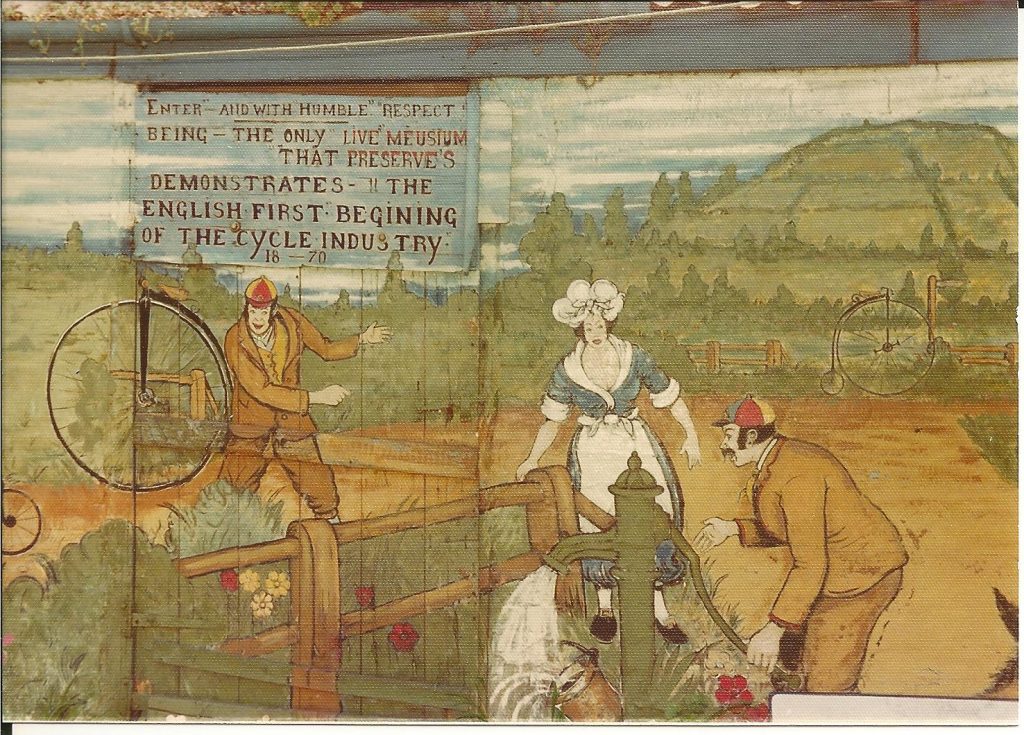 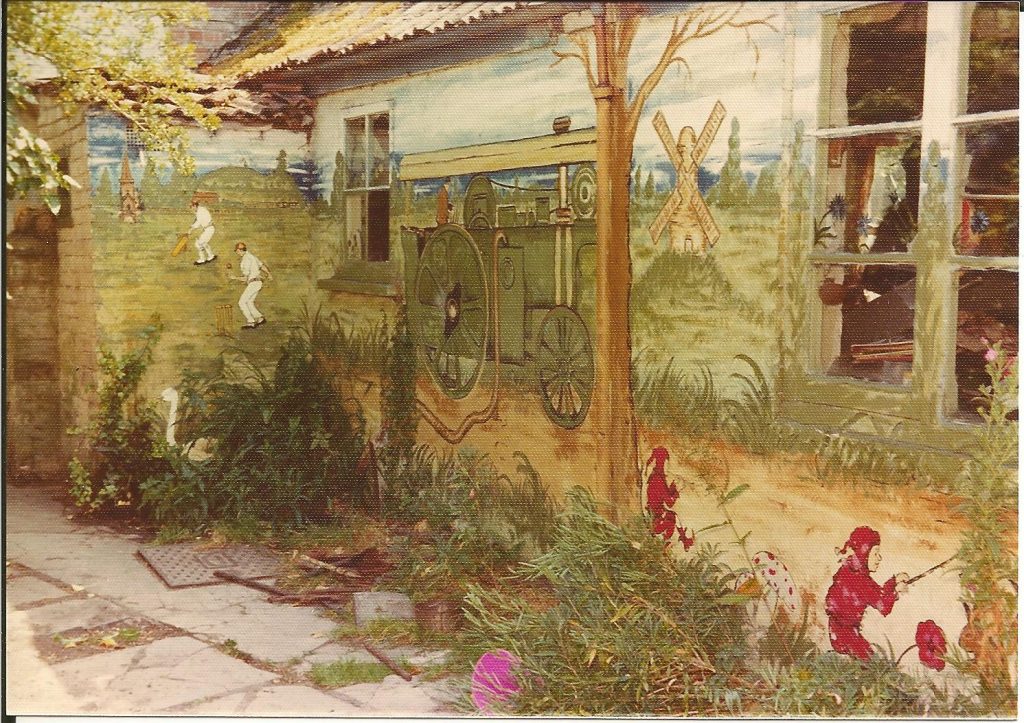 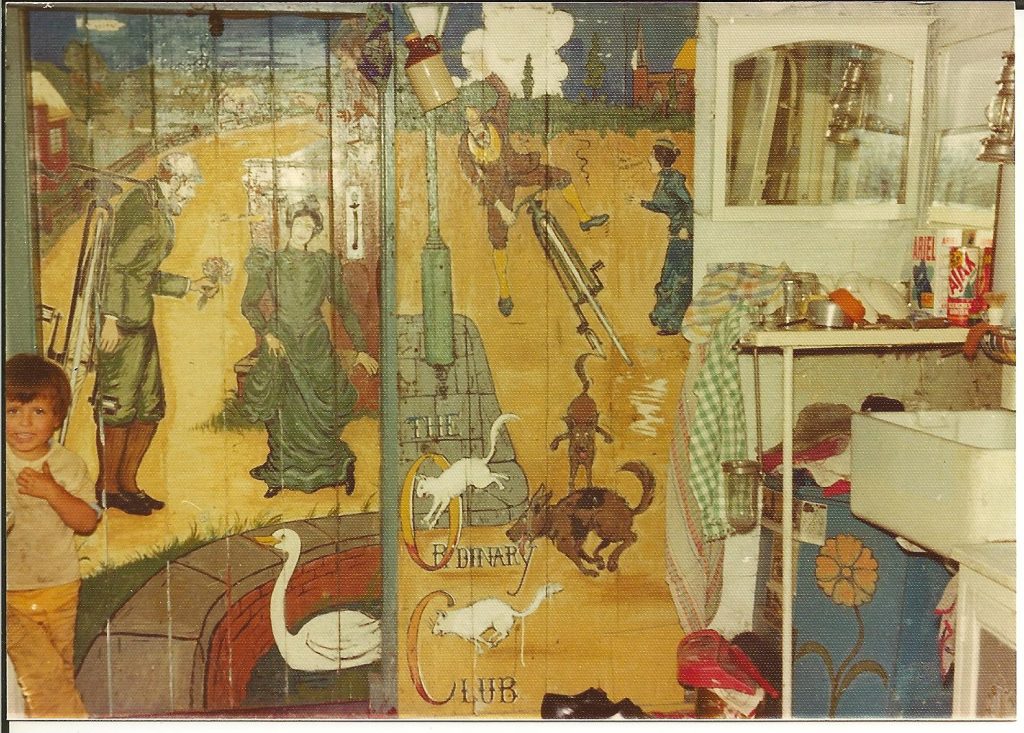