St. Christopher’ school was  founded in 1929 as a school for  boarders and day pupils and a children’s holiday home. It was run by the  two Misses Watson (known as ‘the Watties’). The school started by taking children of any age and functioning essentially as a holiday home with some education. During 1931 it began to function more as a school and by the summer  there were 13 pupils with only 3 as full time boarders. Other children were still taken in for holiday breaks.

The school was originally opened in a building known as ‘Britford’ in the Berrow Road  but outgrew these premises by 1932, at which time it moved to ‘Knoll Lodge’ in Rectory Road. During this period the school also took took younger boys, though it remained principally a girls school. In 1934 t also took on older pupils from Brean Down House School which closed at that time,  buying  the house next door(Stratton House) in order to accommodate them. Once these girls had reached leaving age the school  confined itself to  5-13 year olds.

During the war years the school numbers fluctuated, being at times increased by children who’s families sought refuge for them from more dangerous areas (though generally not formally evacuees).

In 1945 the school abandoned its pre-prep function for boys and became a girls only establishment. Soon after it also ceased its kindergarten.

As the school continued to expand  new facilities were added, but in in 1946 the school moved again to its final location on the Berrow Road just south of St Christopher’s Way (by this time there were 99 pupils on the roll).

This building, ‘Naish House’, (picture below)had been purpose built  in 1904 for a school moving from Clevedon. That  was a preparatory school for boys and had closed in 1937. The building had then been requisitioned as a billet for soldiers during the war. 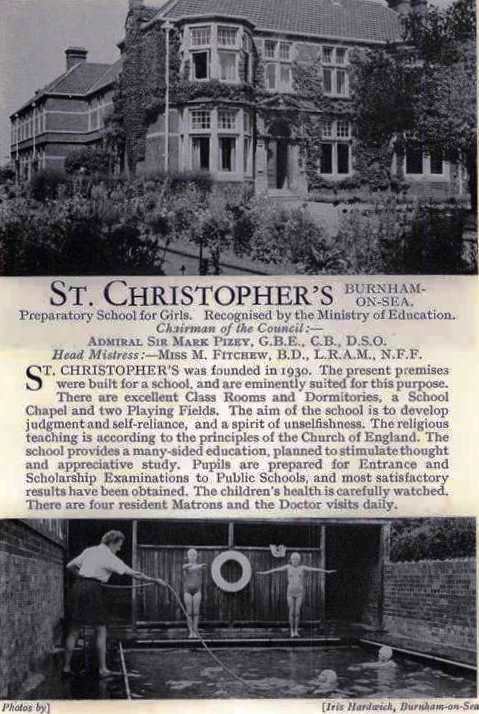 The school had exceeded 100 pupils in 1951 and become an Educational Trust in 1959 , following which a  programme of expansion was begun which added many up to date facilities including a new gym in 1962. In 1960 the founders retired and were replaced by Miss Mary Fitchew, who had taught at the school between 1941 and 1946, as headmistress. By 1973 the school had 98 boarders and enlargements were required during the 1970’s to provide more bedroom accommodation as well as continued expansion of other facilities. 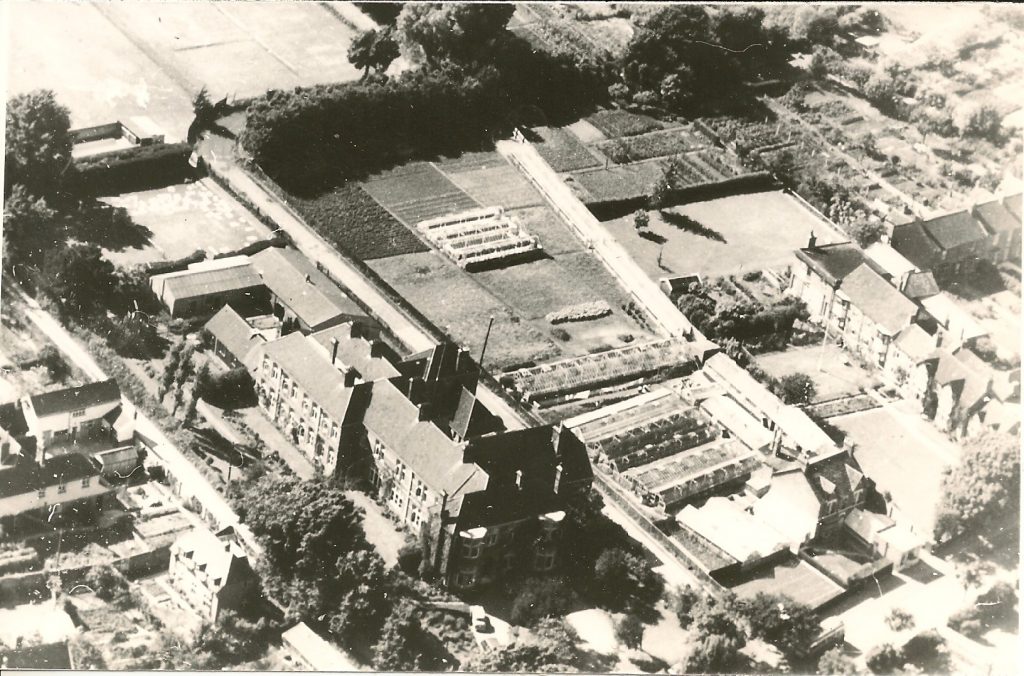 In the aerial photo above the full extent of  Coles plant nursery can also be seen.

(Information source: Geoffrey Maslin  ‘Around Burnham on Sea and Highbridge in Old Photographs’, 1990)