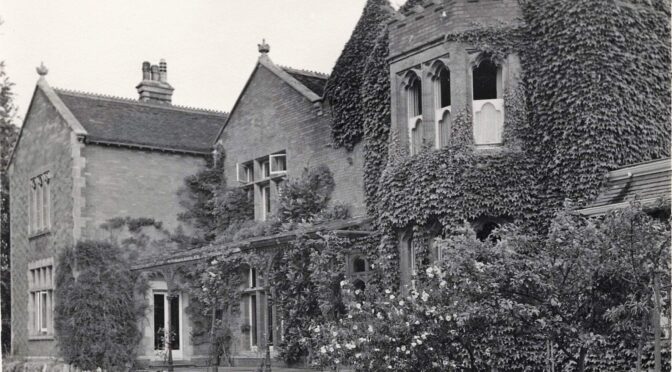 The Mate’s Guide to Burnham on Sea for 1903 describes Gardenhurst as “a ladies’ home boarding school, recently erected in a beautiful position near  the Berrow Road, whither it removed in 1903 from premises which proved far too small for the requirements of the school. Every approved modern system has been adopted by the architect; complete arrangements having been made for separate bedrooms and classrooms. A large gymnasium is contained in the house on the ground floor, and herein also is an ample lecture hall, while the entire premises are heated by hot water radiators and ventilated by the most recent methods. The teaching is upon the method of small classes and individual instruction, while the premises are built to accommodate tuition in every stage of development.”

At this point the school,  founded by the Misses Haines, occupied and enlarged the house previously known as The Rectory. The building still stands, between Rectory Rd and The Grove.

The expanded building became known as Gardenhurst and later as Beaufort House, under which name it still exists, further expanded, as a care home.

Research by Walter Strickland suggests that  the school occupied a number of different premises during its lifetime, some of which were used as annexes for specific classes such as domestic sciences, and including the Oakover School premises on Berrow Rd before that school moved in. 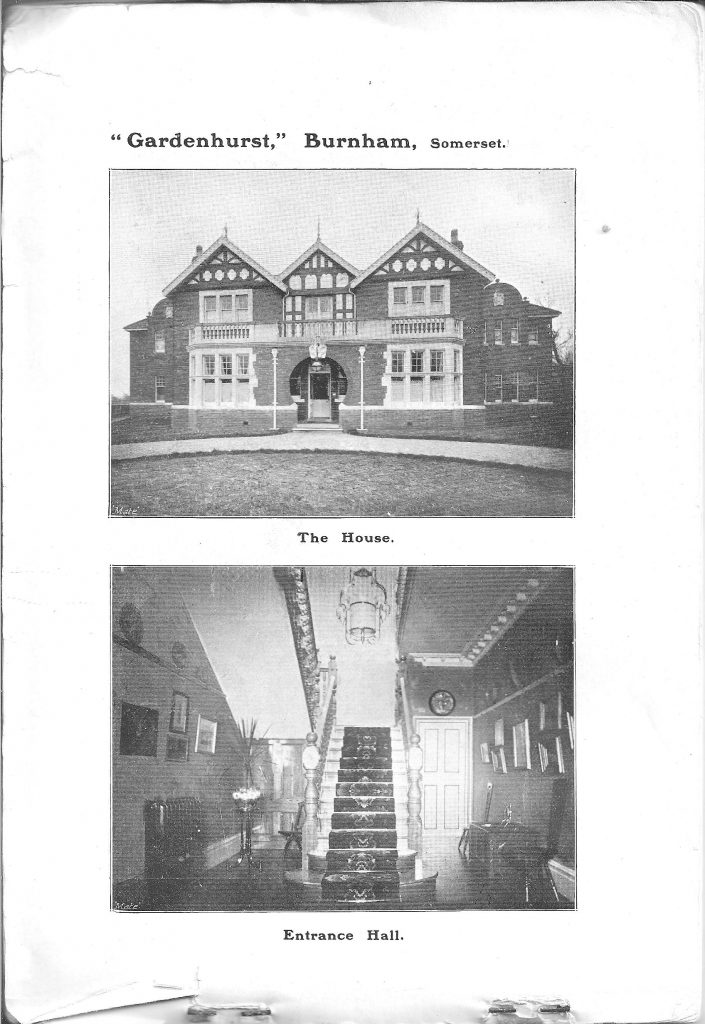 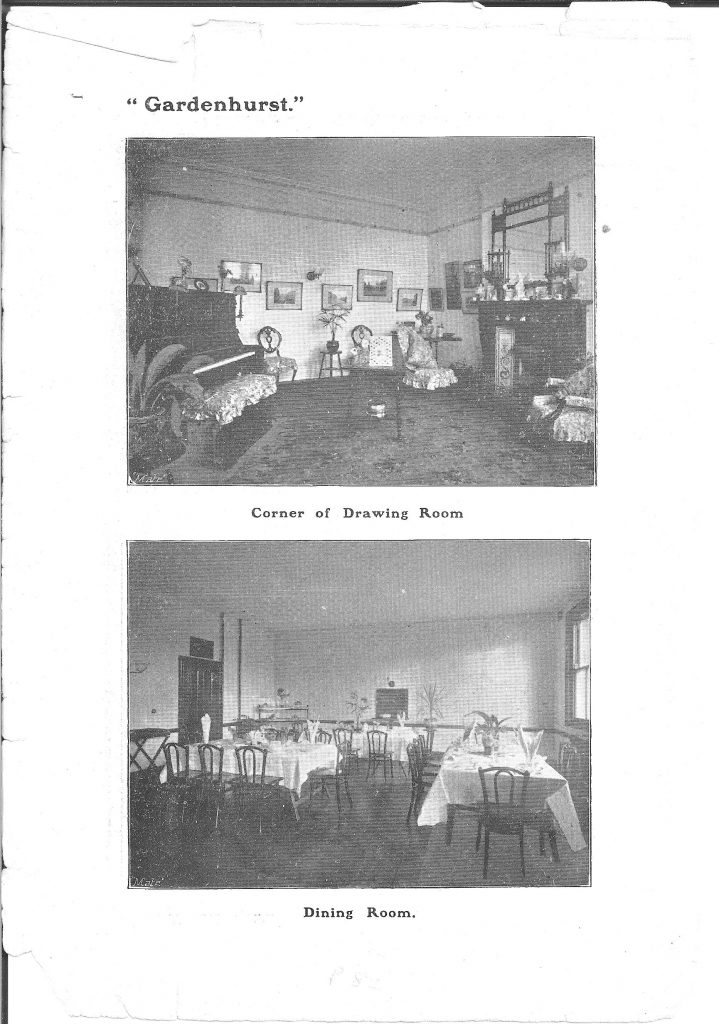 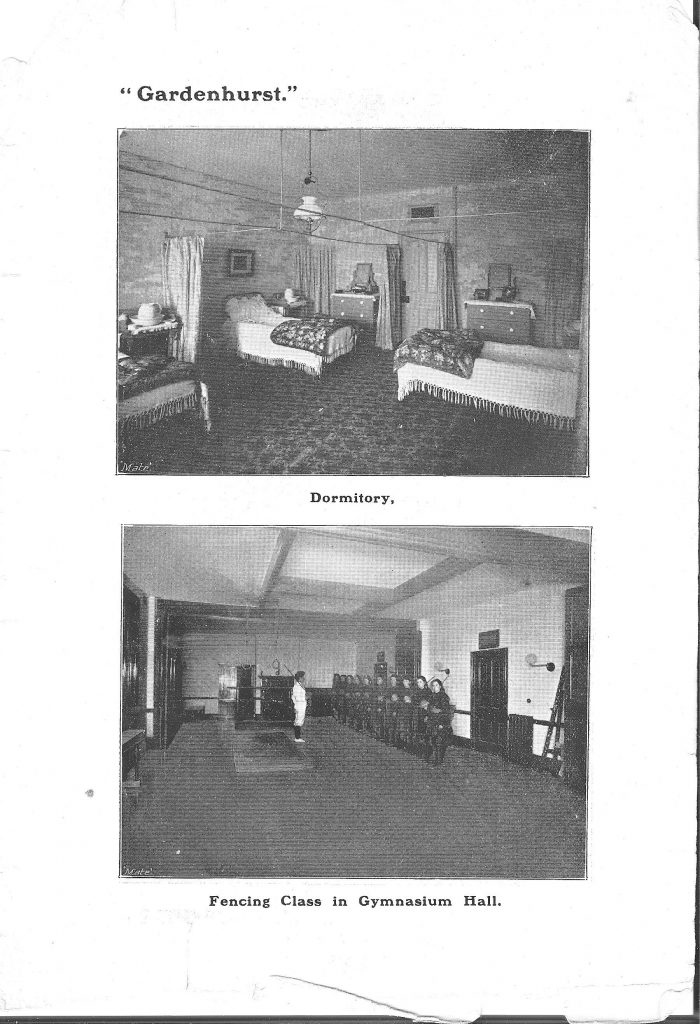 It has not been possible to establish the original source for the series of  pictures below, which appear to be from the 1950’s, though we believe them to have been donated for use. Please let us know if you have any information about this. 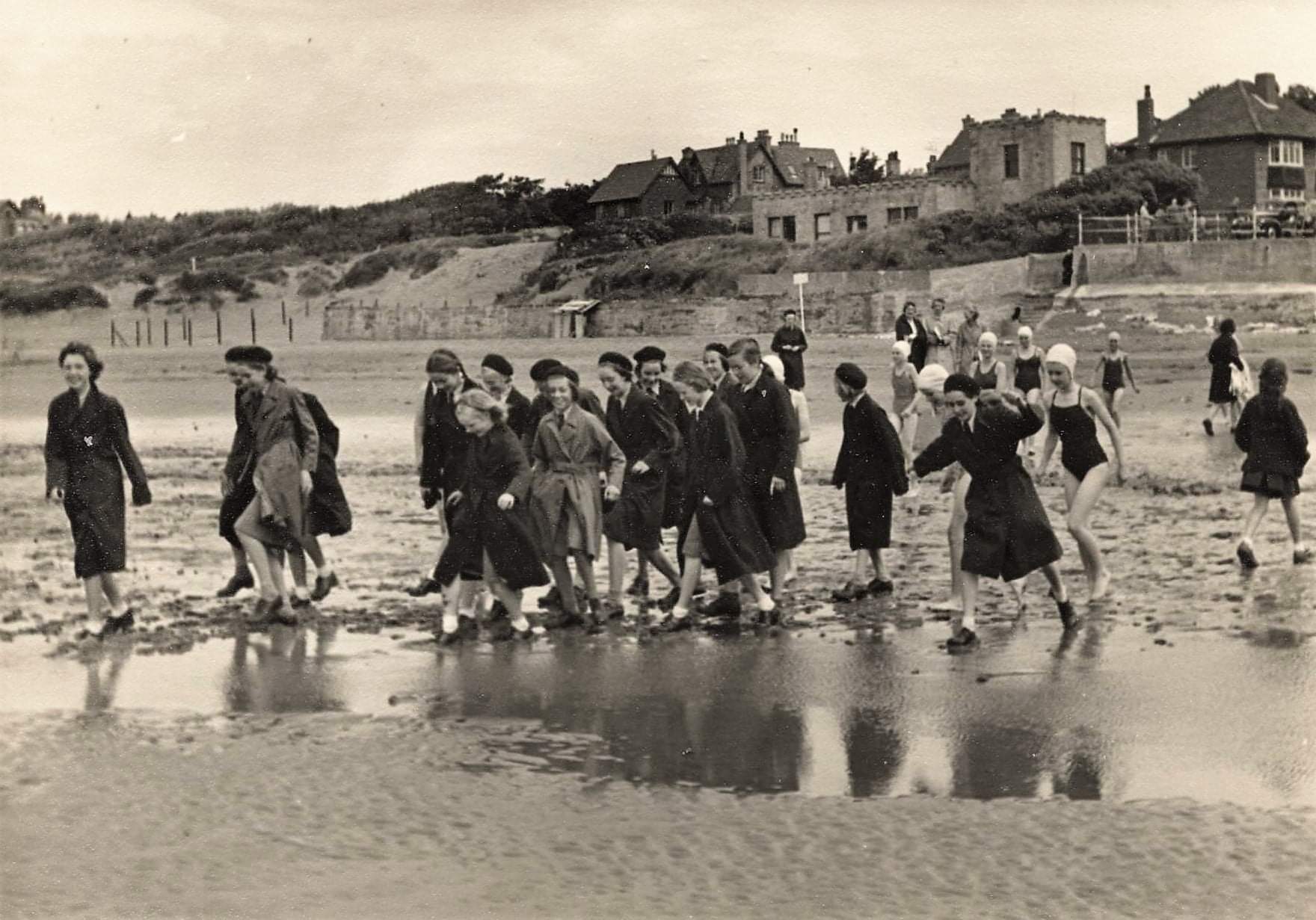 Compare building in next picture with the top picture in the Mate’s Guide of 1903. 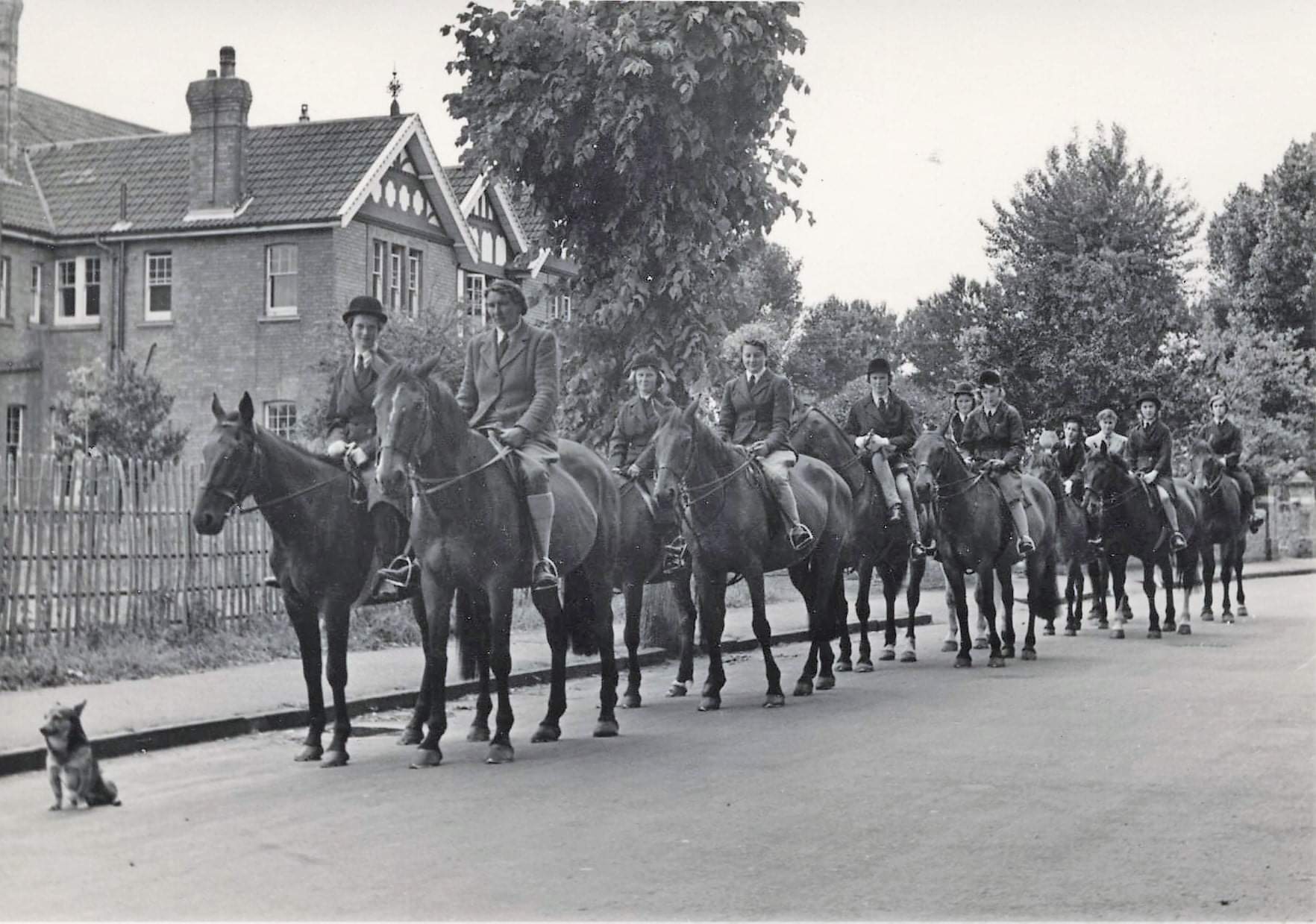 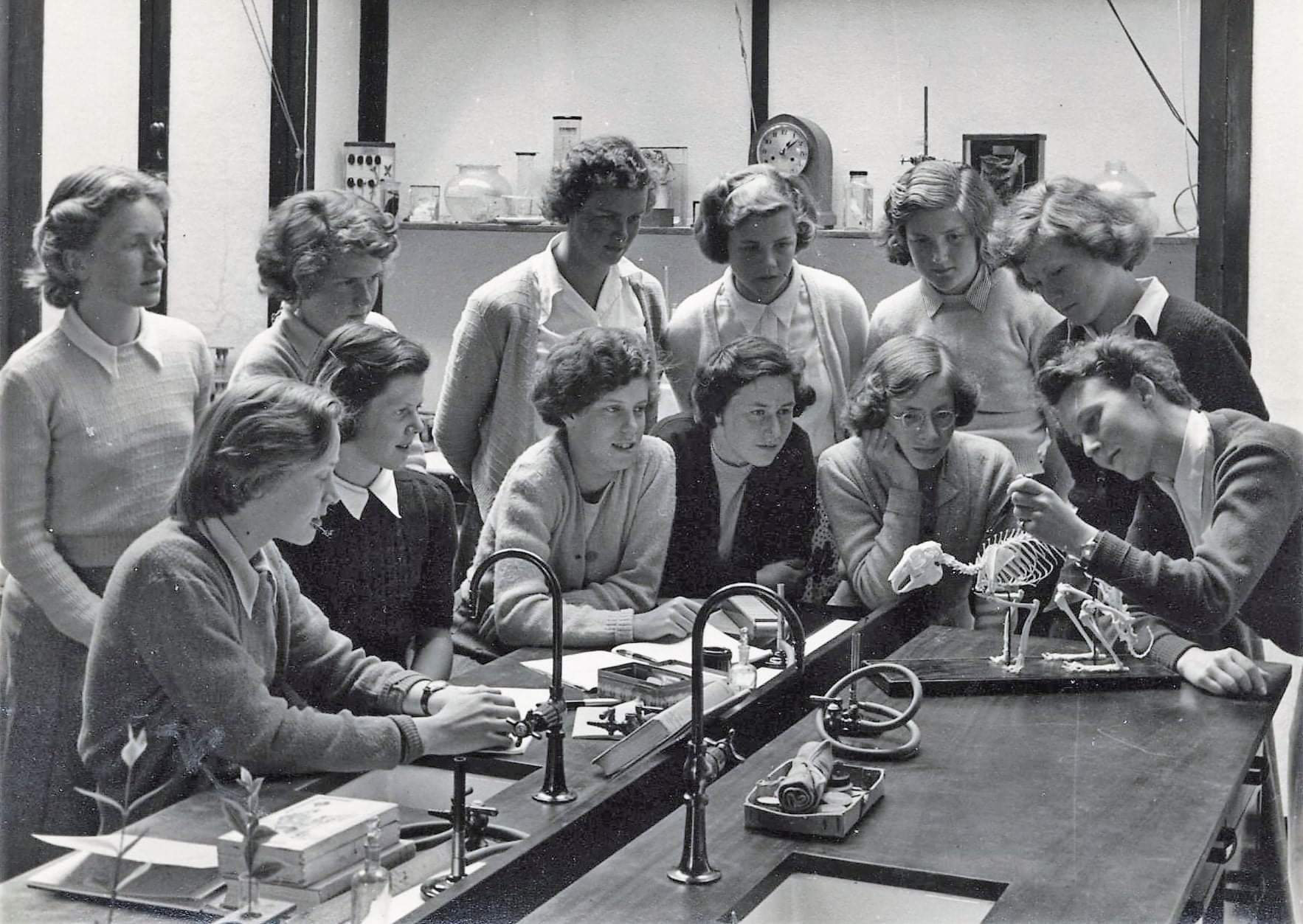 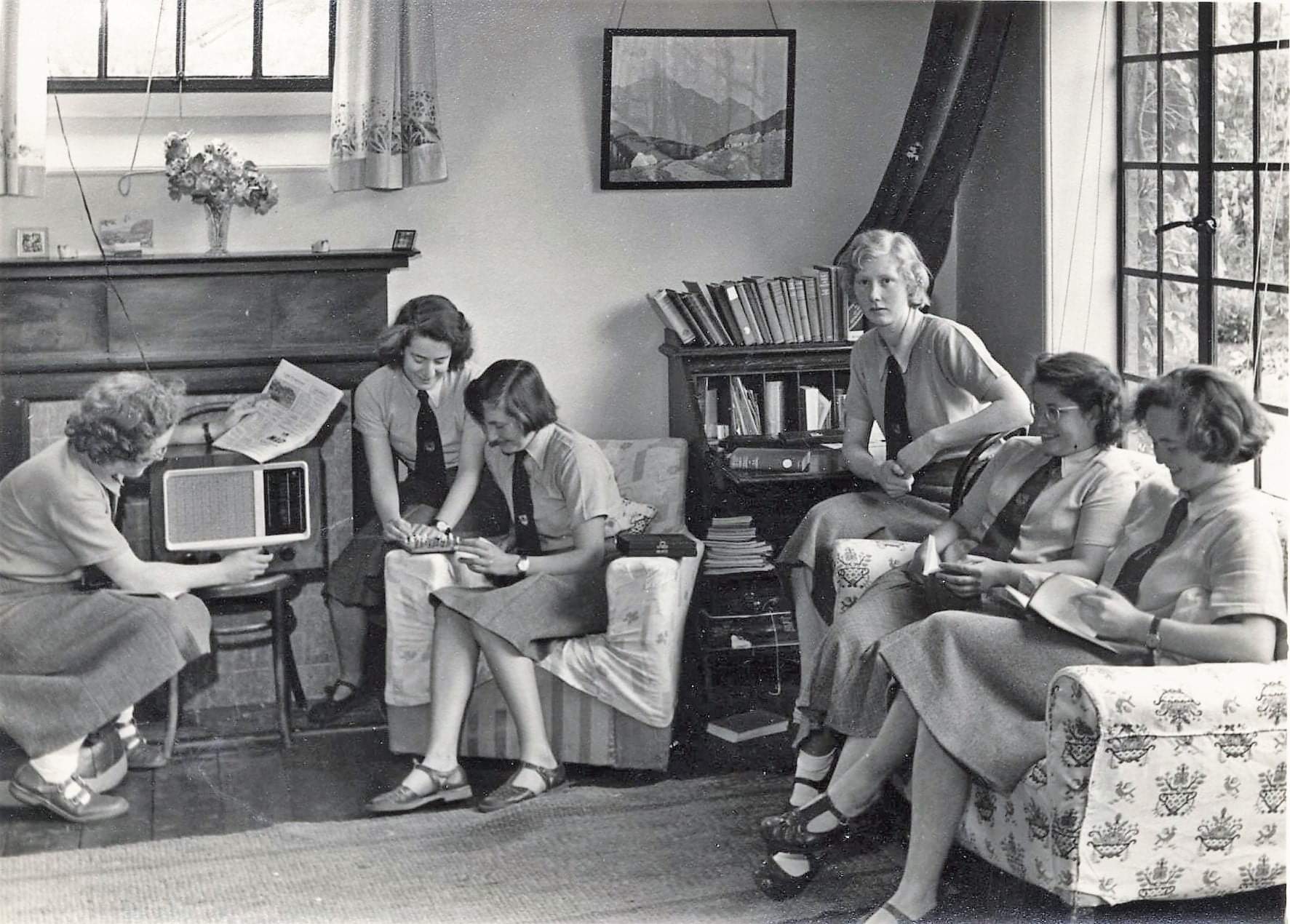 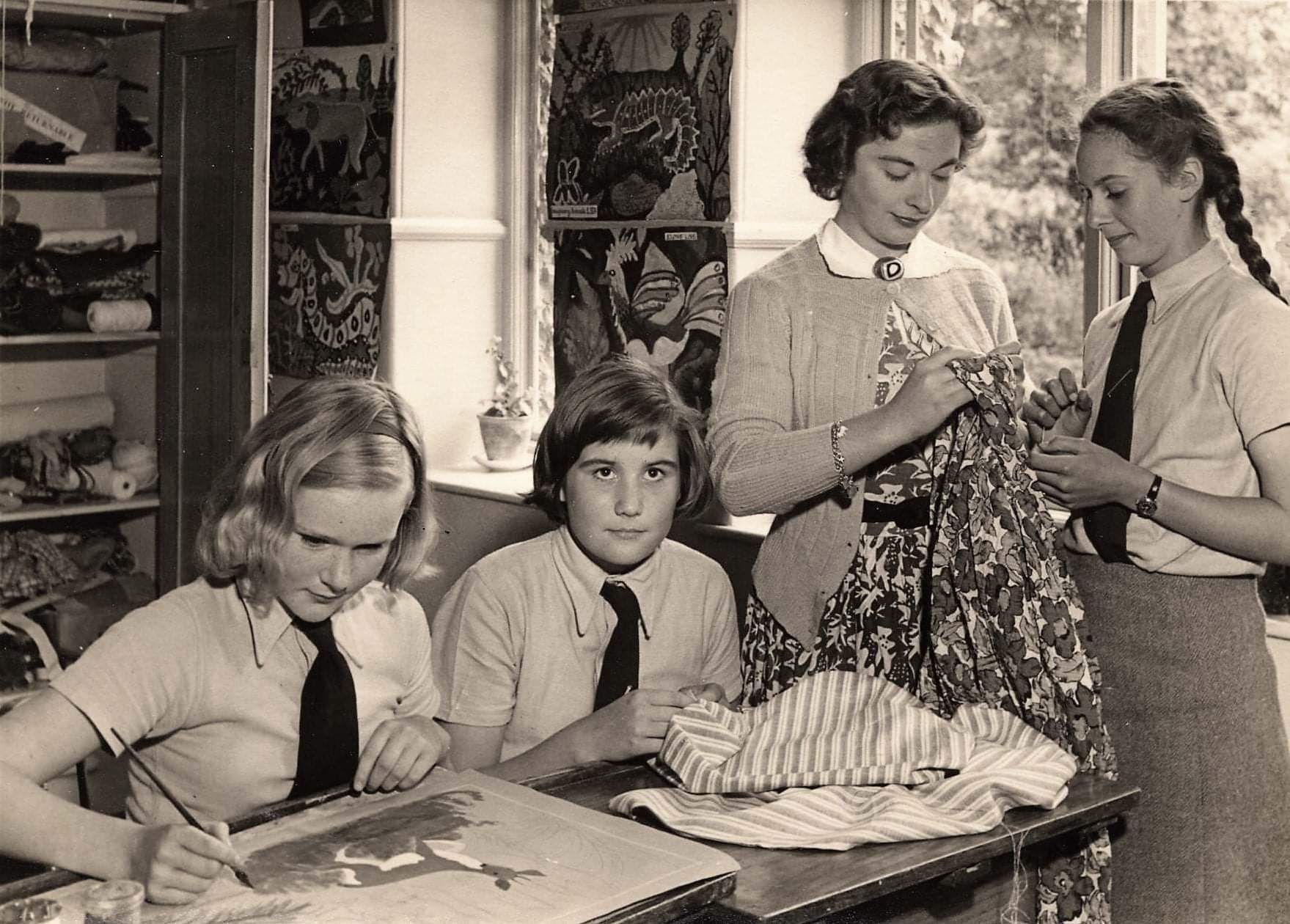 Below is a reproduction of an advertisement for an early school fete, with an eclectic mix of typefaces typical of the time. This is dated in hand ‘1895’ so would predate the move to the new premises in 1903. 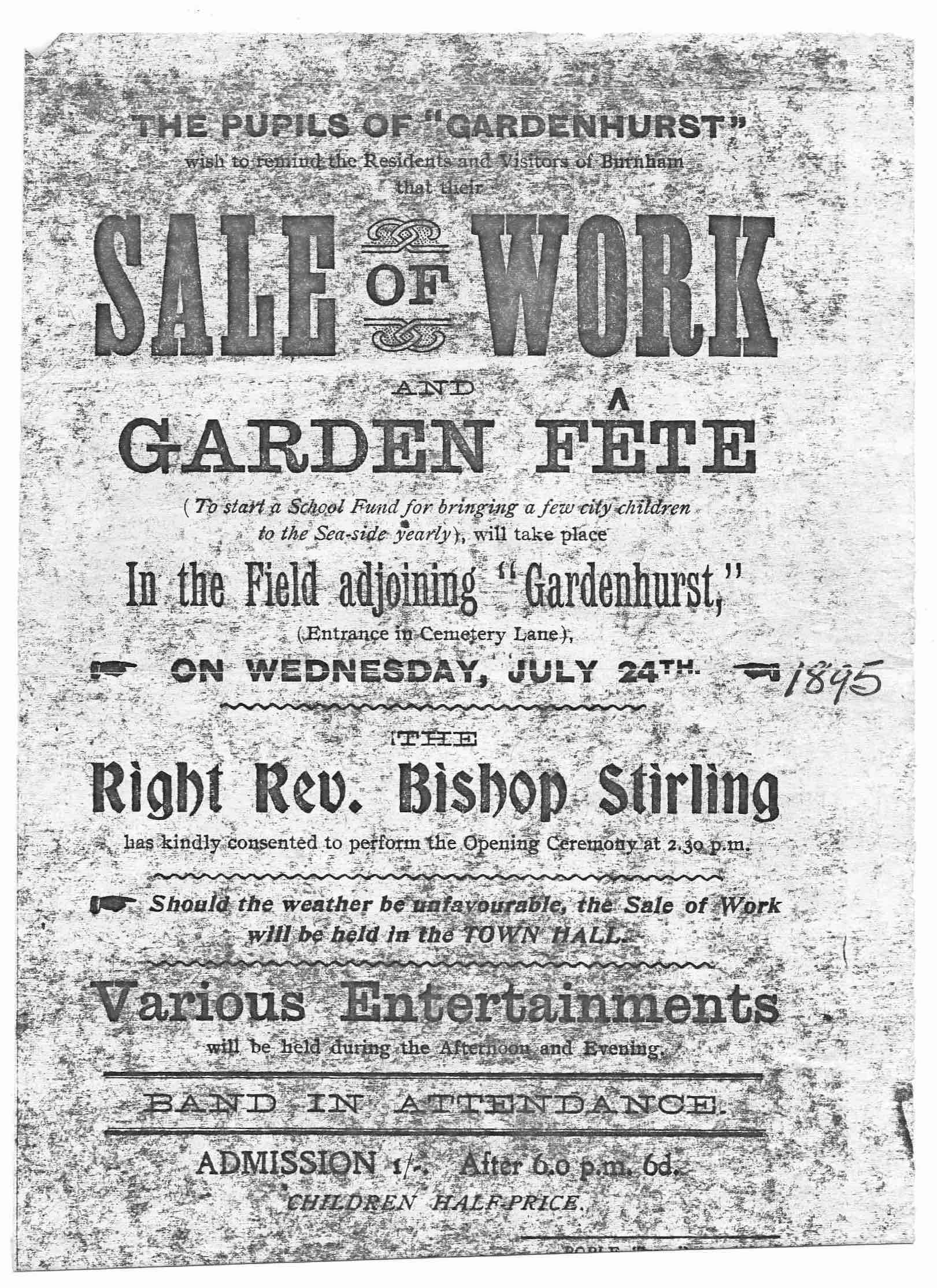 St Dunstan’s school moved into some of the old Gardenhurst buildings in  Grove Rd (Beaufort House) in 1967.