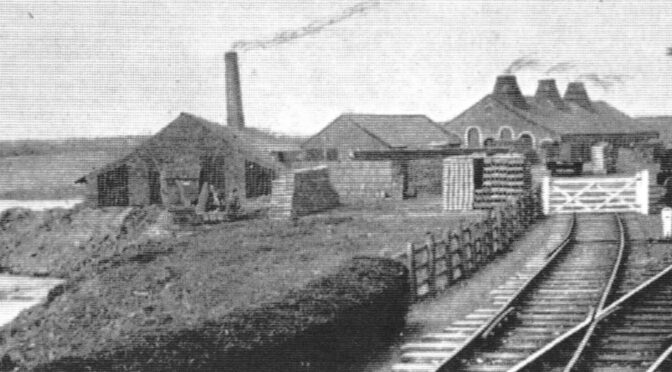 The lakes we see today at the Apex Park were where alluvial clay, deposited during the Roman occupation, was dug for Brick & Tile manufacture. 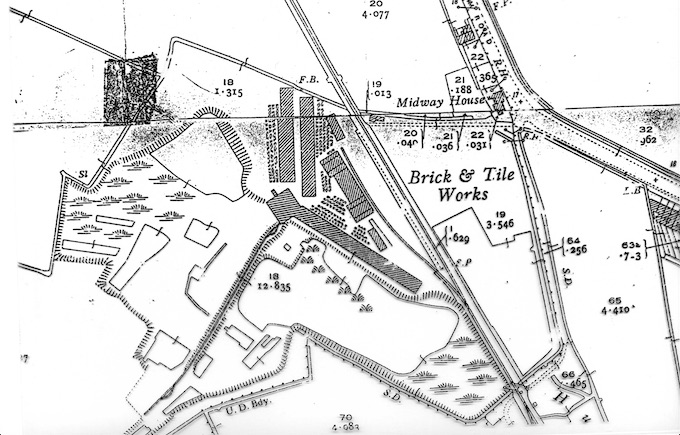 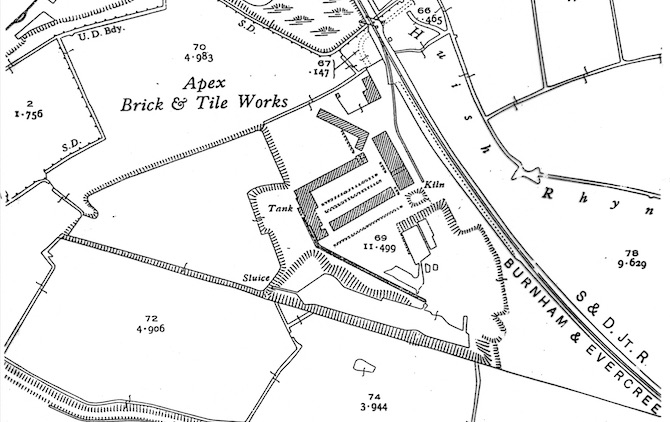 There were two Brick & Tile manufactures on this site. The first was The Apex Tile Company (also known as the Somerset Construction Co.) at the south end followed later by Colthurst & Symons further north (picture at head of page, courtesy of Bob & June Thomas).

For detailed information about the brick & tile industry in the area see https://capturehighbridge.wordpress.com/industry/brick-and-tile-production/

William Elstone Pierce, who married one of William Symons senior’s daughters, took over as manager of the Colthurst & Symons works from William Symons junior during the late 19th century. He lived in Midway House which stood at the entrance to the Colthurst & Symons’ works and which can still be seen on the Highbridge Rd. This  he also took over from the previous manager . Jointly with the company he was granted a patent for a tile design, it is thought  for the Double Roman interlocking tile. 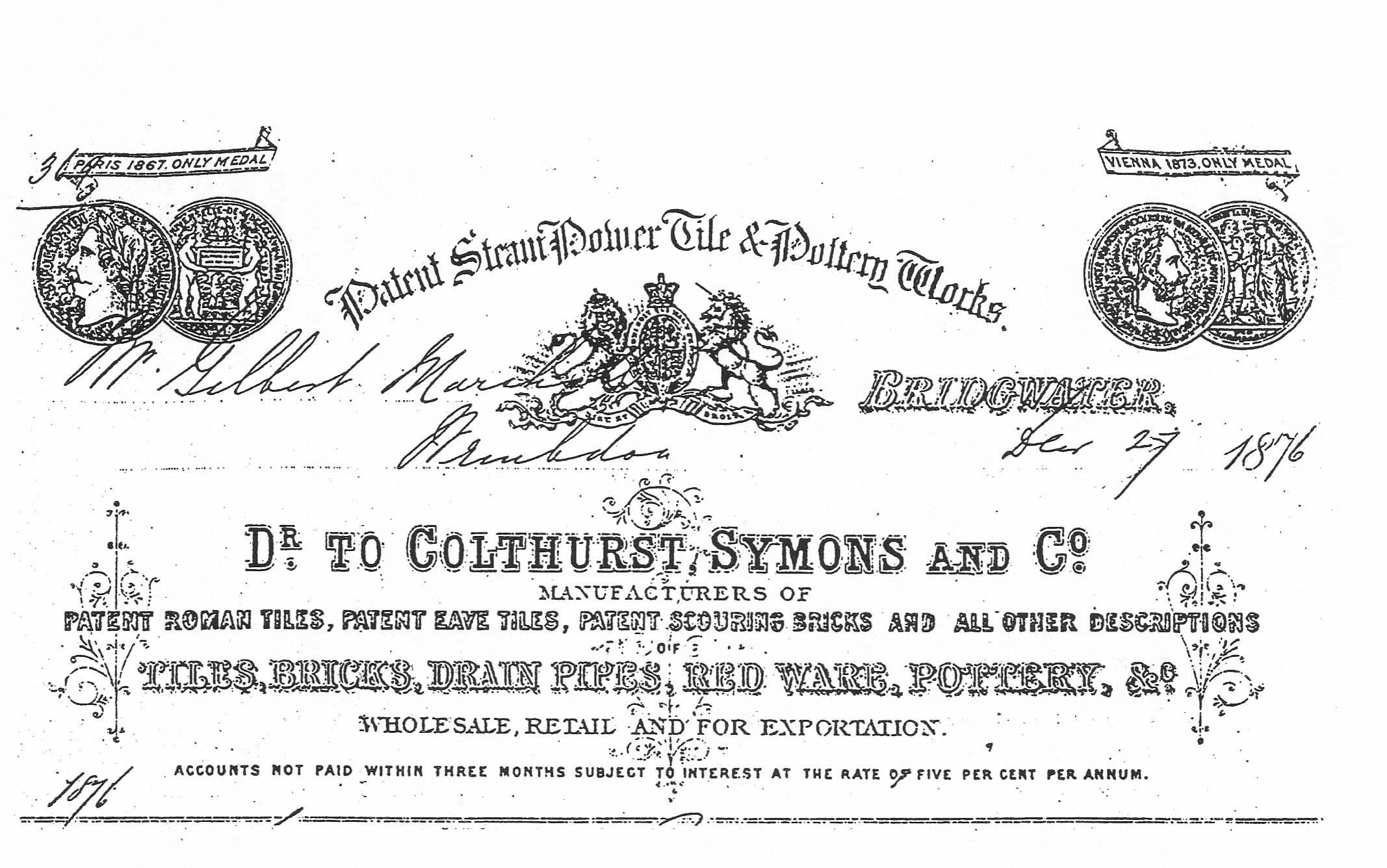 John Jeffries Togood married one of Pierce’s daughters and became manager of the works during the early part of the 20th century. He can be seen on the left in the photo below, in front of Midway House with his son Ernest and ganddaughter.  Ernest followed his father as manager and moved to Australia on his retirement in 1962 .

(Thanks to Rhiannon, the great-great granddaughter of John Jeffries Togood for this family information and photo below).

The bricks in the picture above are 20 hole bricks. Earlier bricks were solid, used more clay and were much heavier to handle. 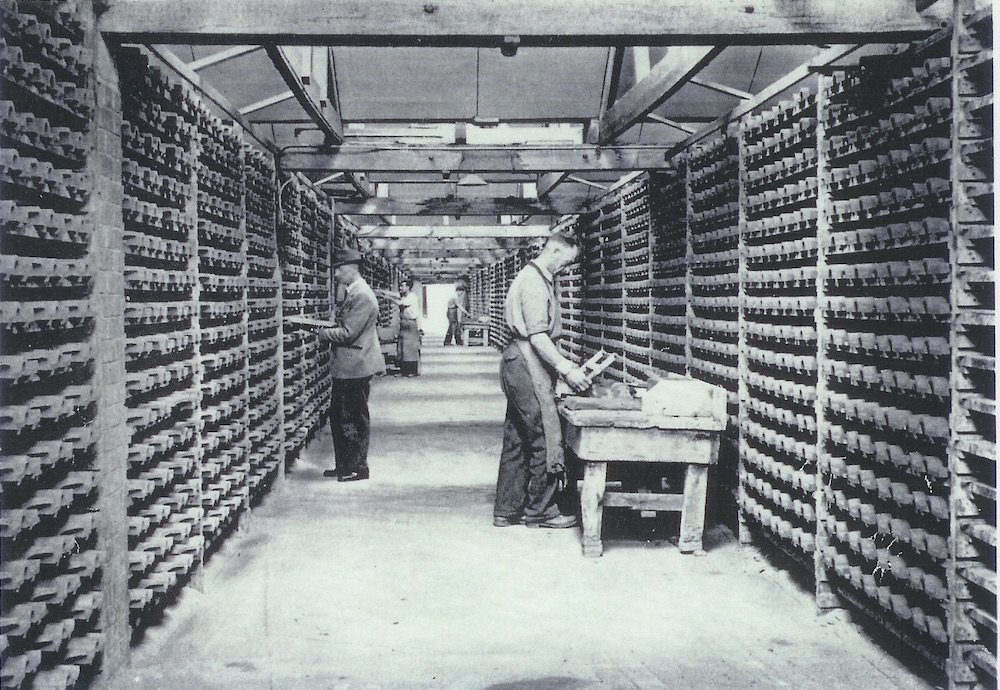 Above: the drying kilns. 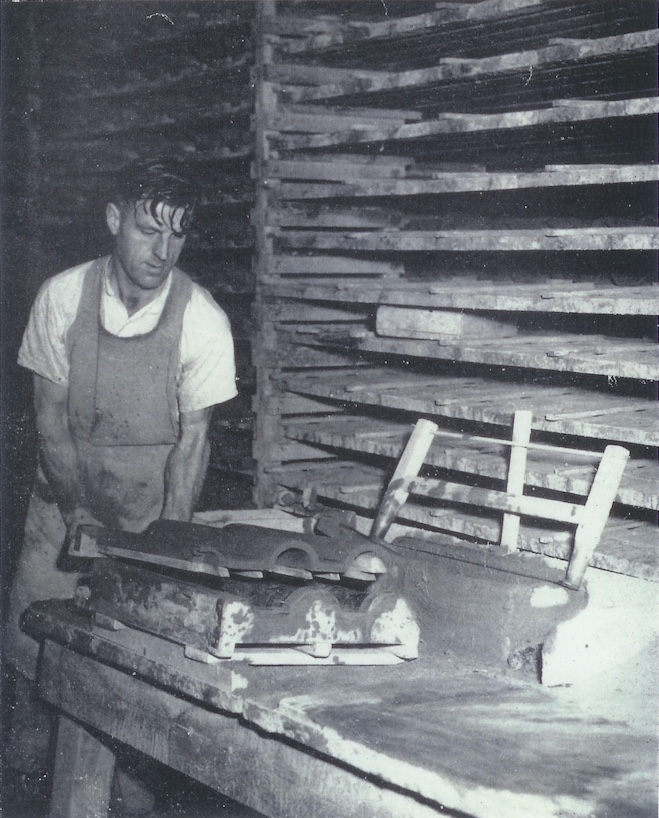 Below: works outing to Portsmouth 1929. 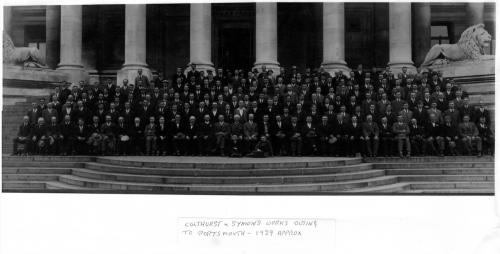 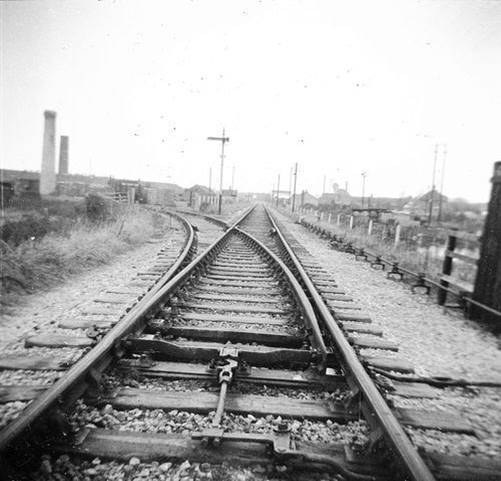 Above is a photo of the railway siding entering the brickworks from the south.

Below is a diagrammatic  impression of the Colthurst & Symons works showing some of the various component buildings and the railway siding (north is to the right). 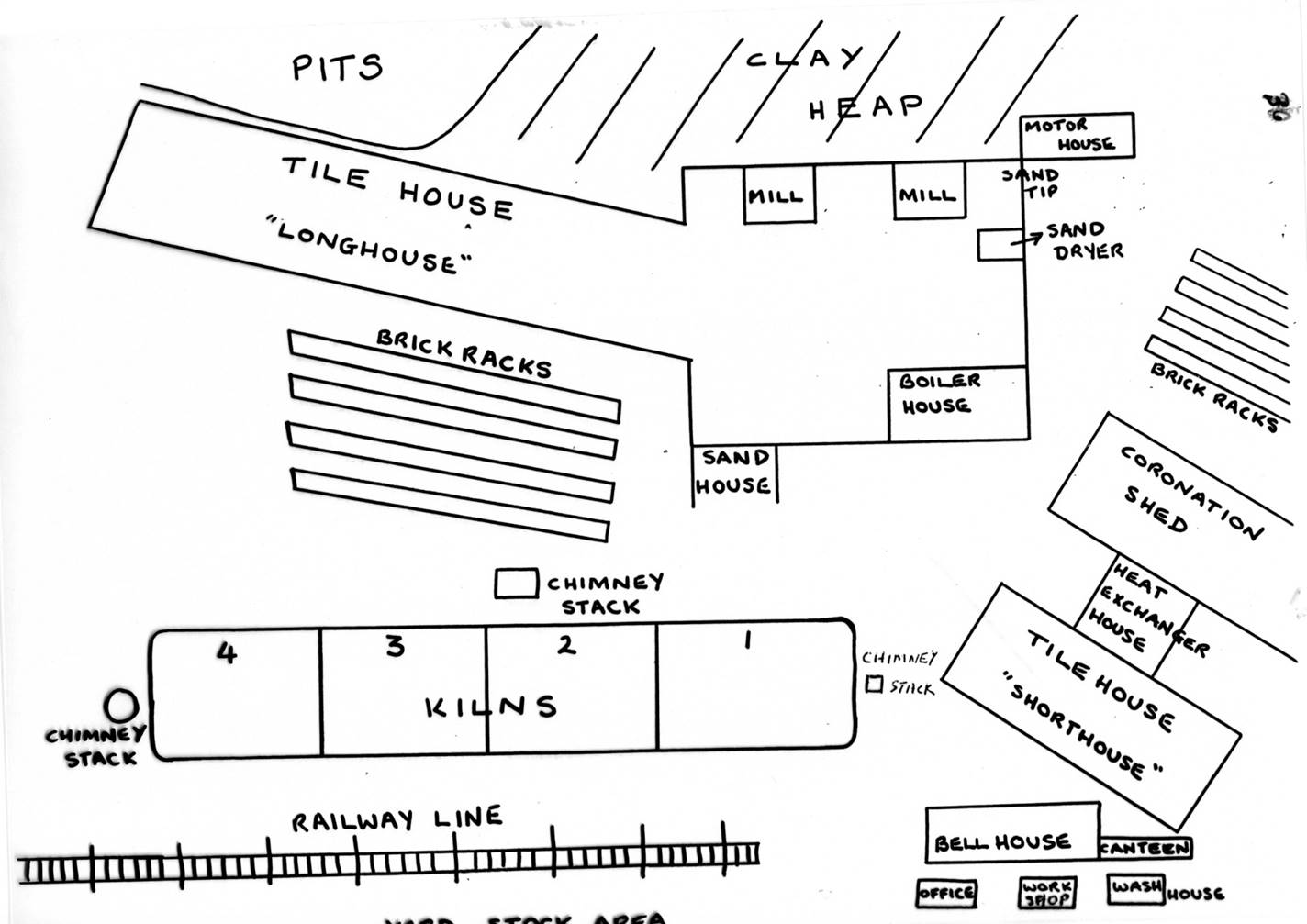 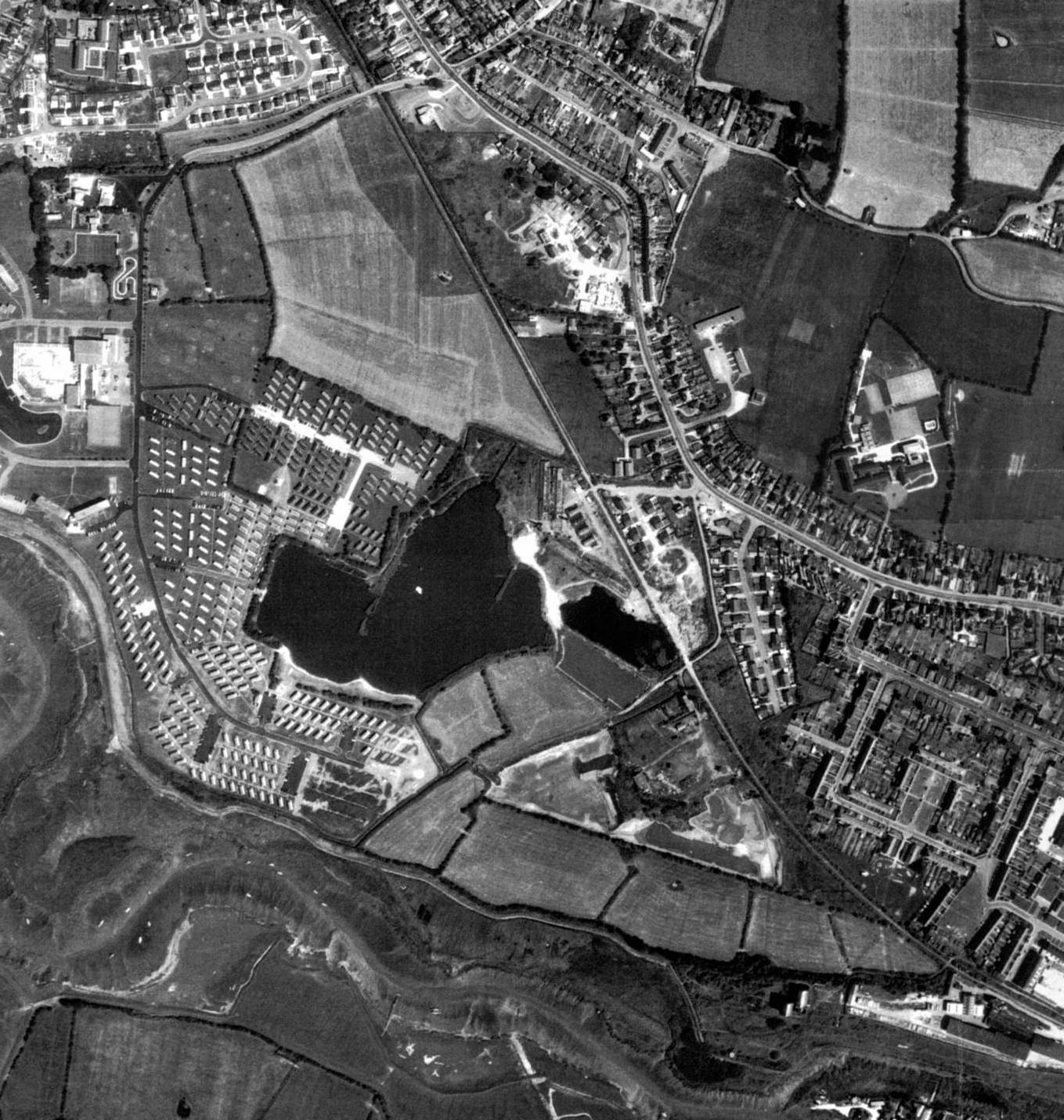 Above is an aerial photograph which shows the sites. Appearances suggest that this was taken as the sites were being redeveloped. The layout of the Colthurst and Symons buildings can be seen at centre.

Photo below shows the demolition in progress, the gate in the foreground leads to the railway siding.

The pictures below show the site during the brickworks’ operations and the same spot as it is now. 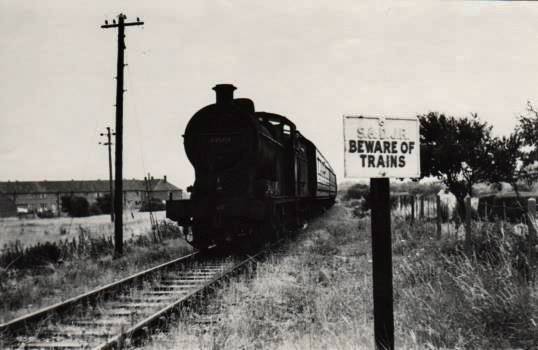 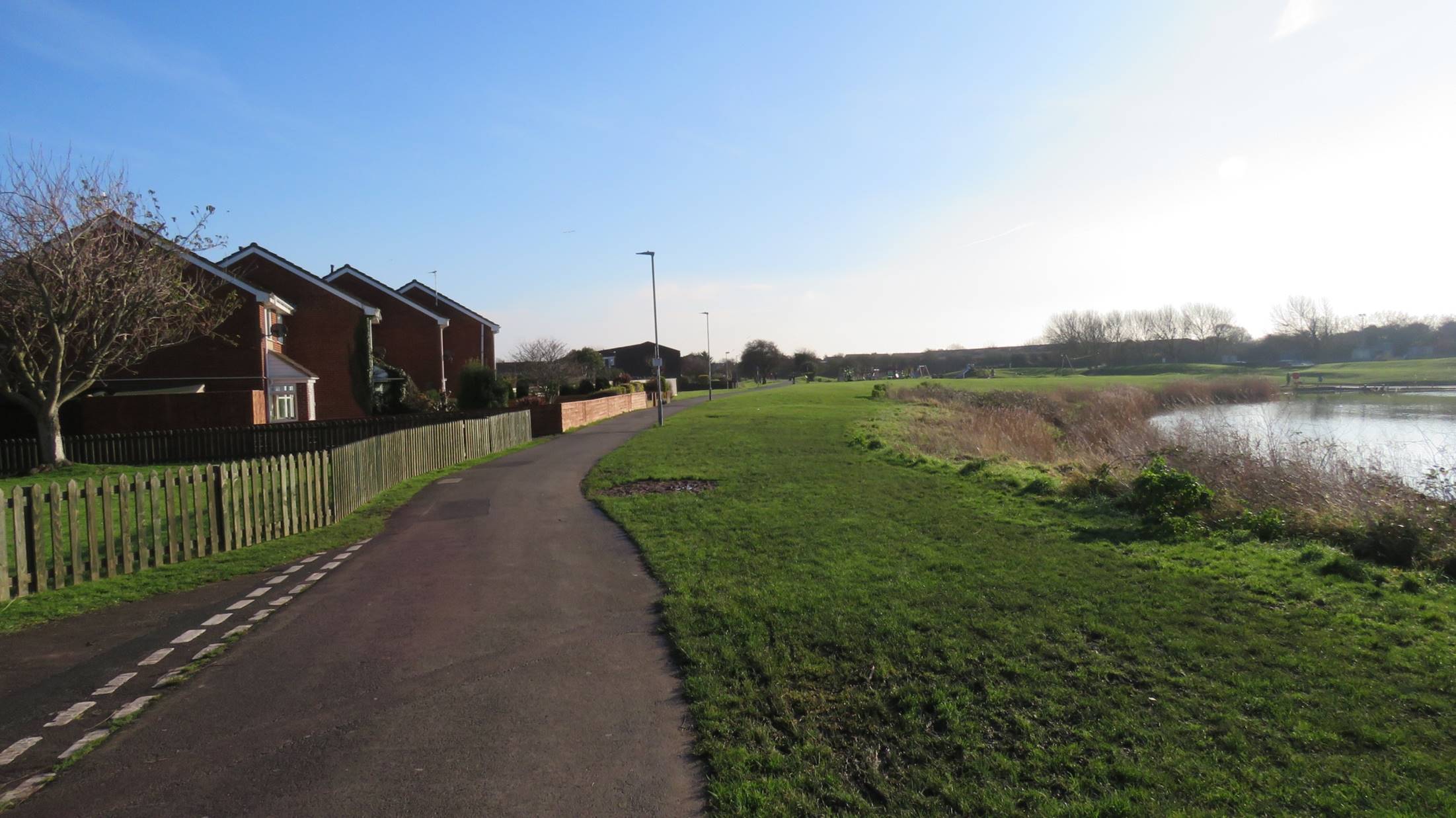 The cutting below, in the files of local historian Sam Nash reports that  in 1966 some neolithic animal bones were found, during works, at the edge of Apex pond: 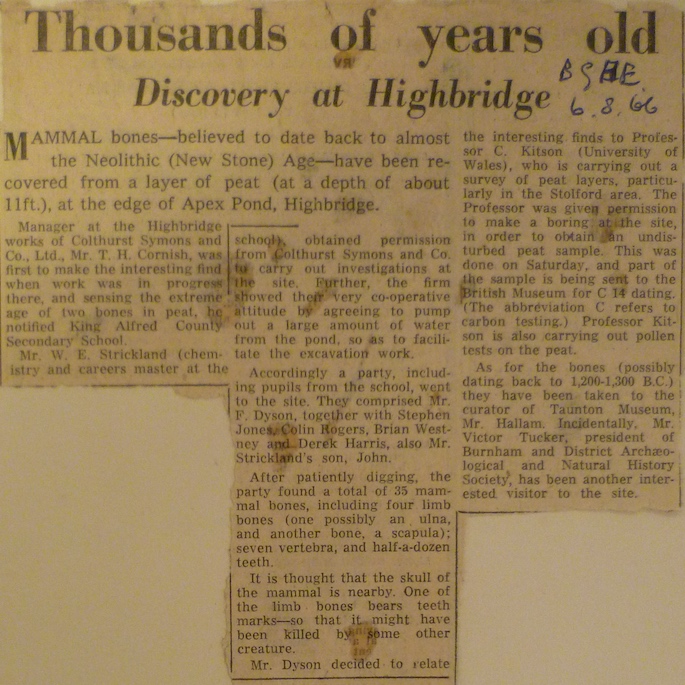 We have very little information about the Apex (Somerset Construction Co) works and would welcome any contributions.

John Prior Estlin was born in 1827 in Bristol. By 1859 he was establishing himself as a businessman in Burnham and had purchased a brick and tile yard from George Reed. 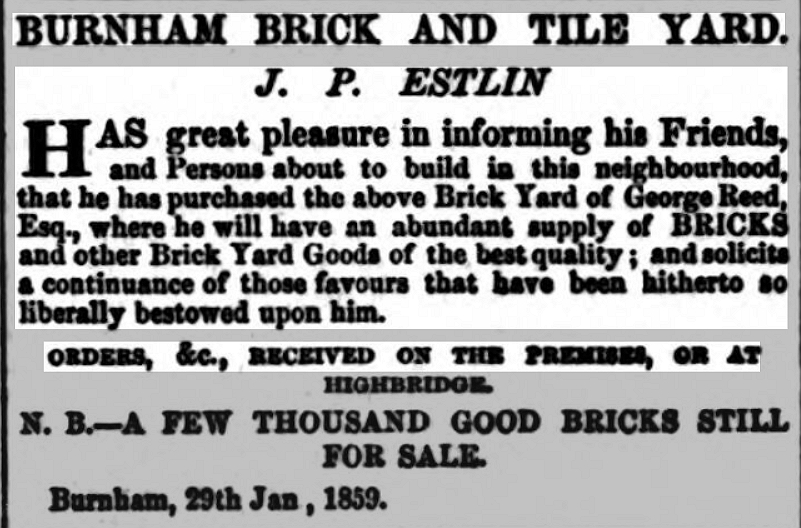 He is listed in Kelley’s Directory of 1861 as a resident of Middle Burnham. By 1866 the same directory has him resident at The Colony. The 1871 census lists him as a manufacturer of brick and resident at Tregunter. By 1881 he was living at Marine House.

He is mentioned in an essay about Burnham in the Bristol Mercury in 1863, which indicates an obstacle he was facing in his business at the time.

Estlin became very involved in the civic & commercial life of the town and was a member of the Local Board of Health.

The Estlin Brickworks was situated on the land now occupied by the Lakeside Caravan Park at Middle Burnham. The lake being the remains of the workings.