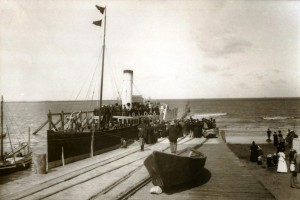 The claim “Burnham-on-Sea – GATEWAY TO THE CONTINENT” gives an indication of how important its sea-jetty, nearly 1/5th of a mile long, was in the mid-Victorian era. Paddle-steamers brought Welsh travellers across the Bristol Channel, to travel by train from the pier-head to Evercreech, thence to Poole and across the English Channel to Le Havre in France.  The link closed 1885.

Burnham Tidal Harbour & Railway Co was part of scheme to take rail passengers from Wales and the North, via Cardiff and Burnham, to the South coast and on to France. To begin this project George Reed laid the foundation stone of the jetty in 1857, and construction was finished in 1858 in time for the opening of the railway.

The railway track ran on from the station to the end of the jetty at that time. The jetty’s down gradient of 1 in 23 required that rolling stock be lowered by wire ropes attached to an engine at the top of the jetty. The Burnham lifeboat also used these lines for launching. 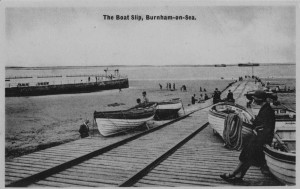 On the opening day of jetty the ‘Iron Duke’ from Cardiff landed at 10am, also 700 rail passengers arrived from Bristol. Cardiff passengers had difficulty getting back on the boat because the tide was out. This problem necessitated tidal lakes (reservoirs) being built, in the southern angle of the jetty and the sea front, to release seawater at low tide and to flush sand away from south side of the jetty for steamers to berth. Despite this flushing and employing people to dig out sand and mud from the ‘berthing gut’ the problem was never effectively solved.

In 1860, a steamer service to Wales was inaugurated, to carry passengers, livestock and other goods, but it was never a commercial success, and ended in 1888 following the construction of the Severn railway tunnel in 1885. Other pleasure steamer services to Cardiff, Ilfracombe and Bristol called at Burnham and operated until the early 1900s, some laid on for special events such as the annual regatta in 1891, but the accumulation of silt eventually rendered the jetty unsuitable for the service to continue. A new pier was proposed in 1907 as part of an attempt by the town of Barry to revive the steamship link, but the project did not get off the ground. 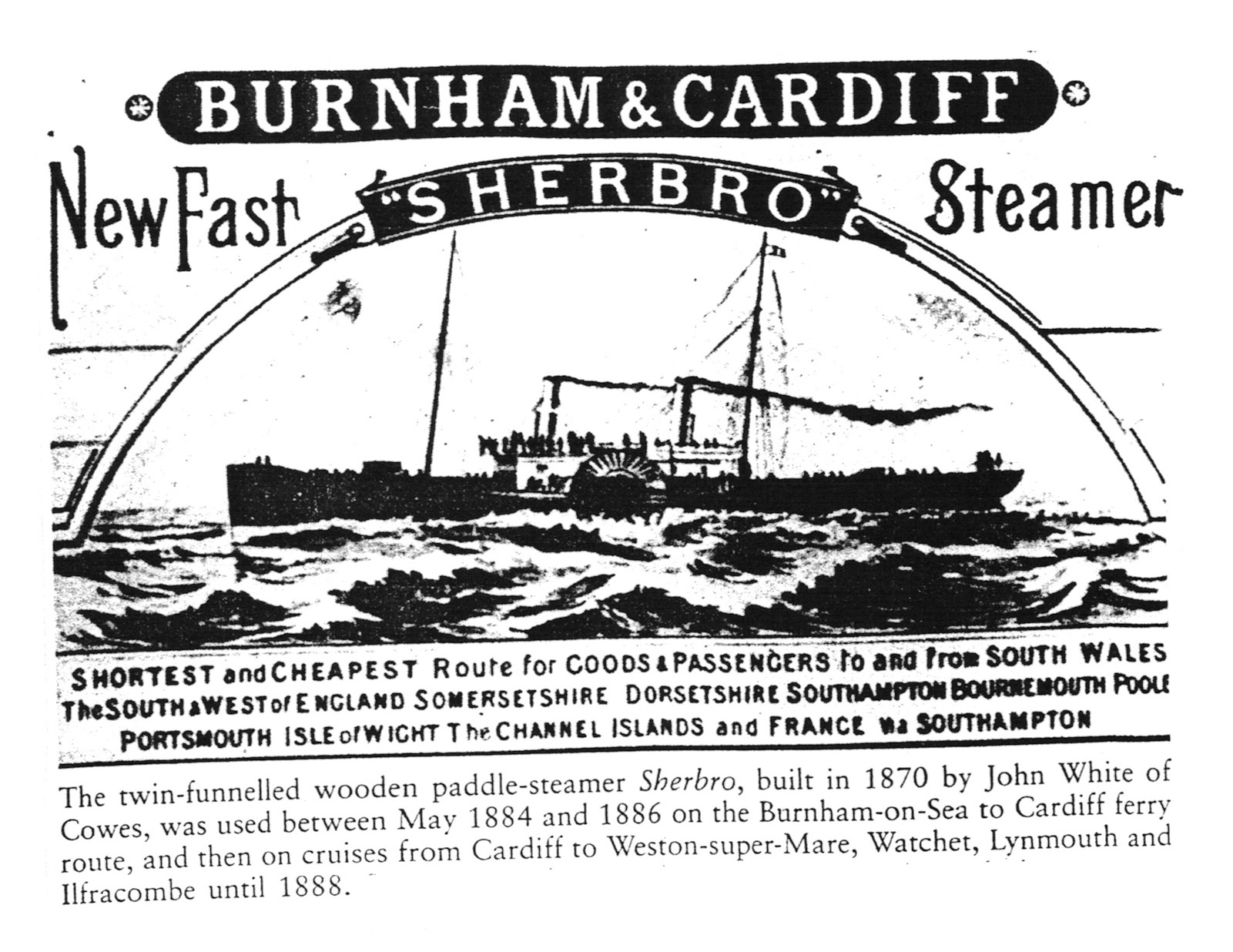 The jetty was railway company property until disposed of to the Burnham Urban District Council in1905. 1909 was the last occasion a steamer called at the jetty for the sole purpose of discharging and taking on passengers. However it was unable to come completely alongside because of the silt in the mooring channel so nosed in to the end of the jetty and passengers had to scramble over the bows. Later that year the mooring posts along the jetty were cut down level with the stonework.

The jetty was altered in the late 20th century by the removal of rails and the cobbled surface and a slight levelling of the slope.  It was originally some 275m long, but a 9m long section at the seaward (west) end was removed. 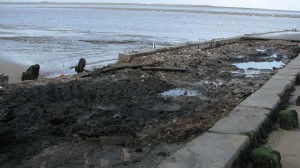 Discover the next location on the trail: 5. Customs House