Originally the November ‘Guy Fawkes’ Carnival was a Highbridge event, starting at The Artillery Arms and progressing only as far as the end of Burnham Rd. 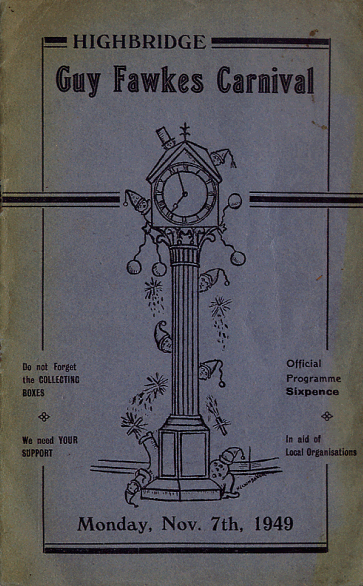 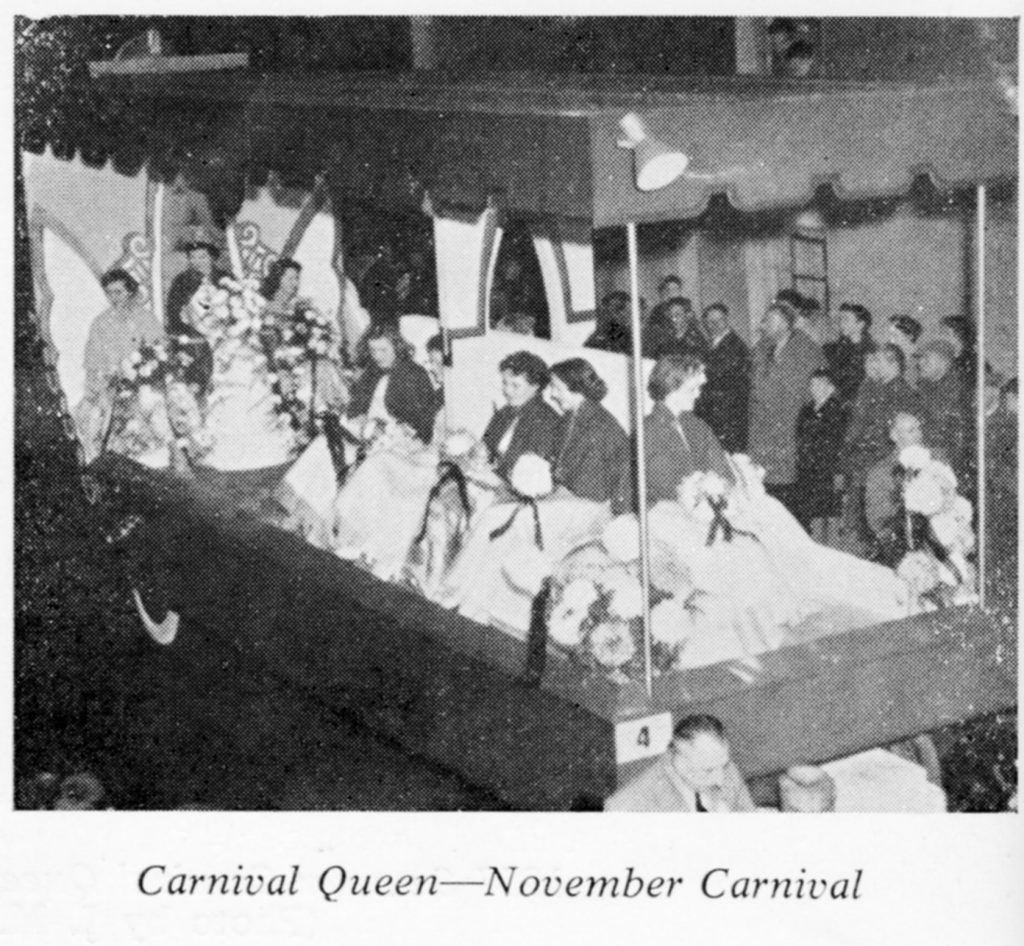 During the 1960’s the carnival route was extended into Burnham, Mr Bill Puddy (at right, on float below) being a major  influence in that process. 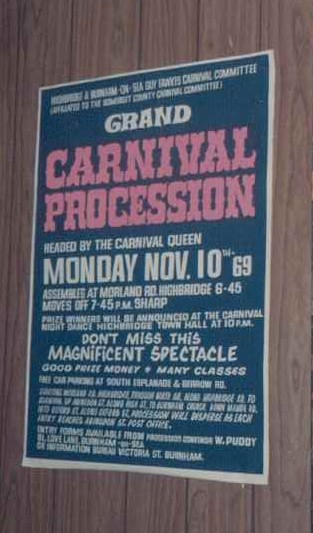 The Summer Carnivals were eventually abandoned and the Winter  Carnival took on the form in which we know it today.

The article below from the Bridgwater Mercury of 1982 gives some of the history of the developments in the period  up to that time. 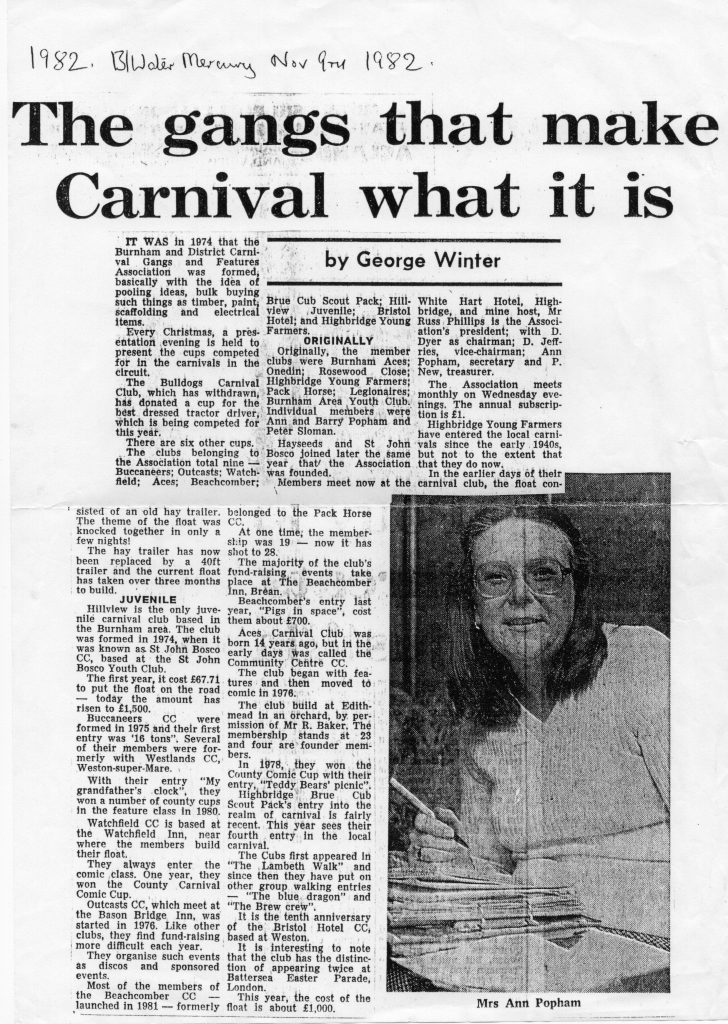 Press clipping below from 1995 marking the 21st anniversary of the Hillview C.C.: 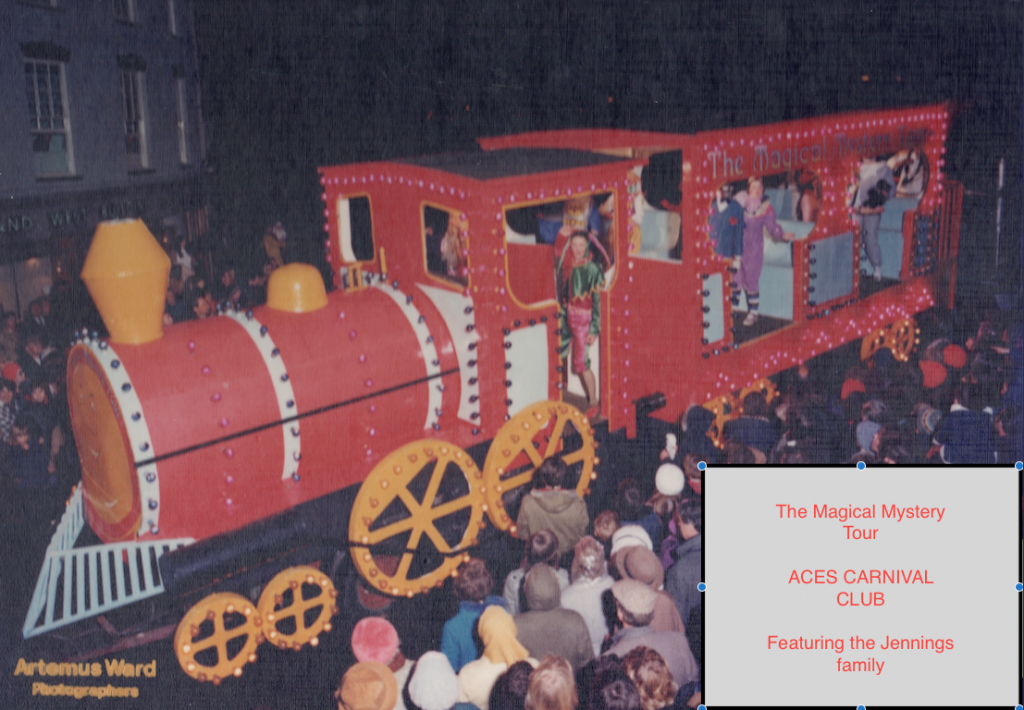 Thanks to Ann Popham for photographs and information.