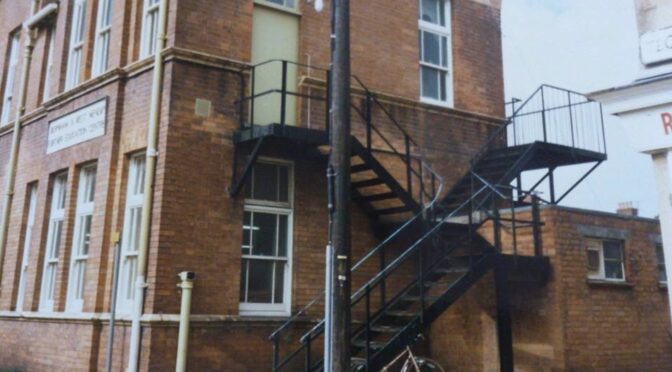 Built in 1910 at a cost of around £1,000 this large building in Technical St catered for the needs of adult learning at a time when the levels of adult literacy and numeracy where low. Cookery and domestic sciences classes were also held for girls from St Andrews School.  Pupils living near Bason Bridge were known to travel by train to their classes. Courses were also held in shorthand and typing, accounting and business management, science and general technical subjects. 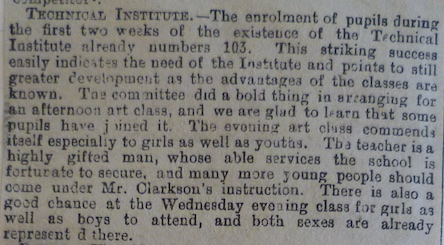 In 1948 the Burnham County Secondary School was created.

This was described in a School Magazine of 1952: 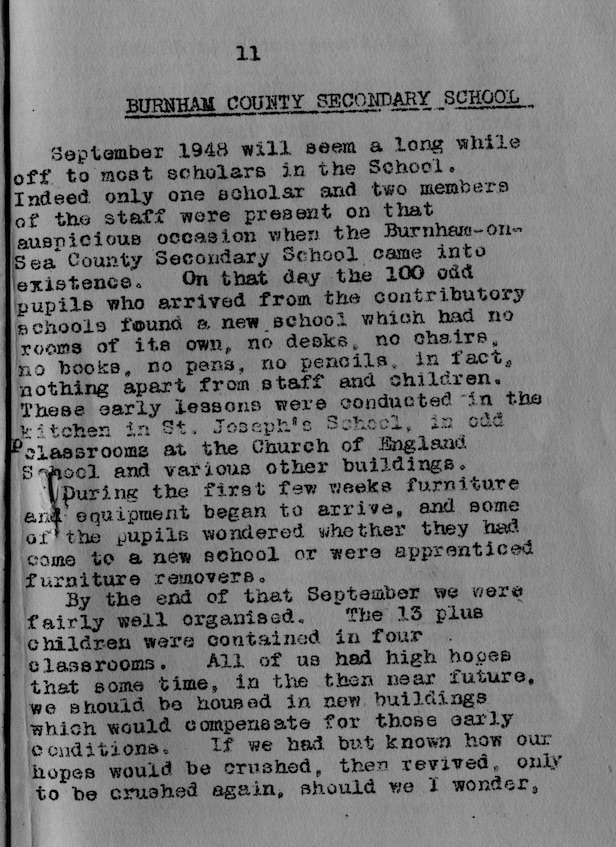 The Technical College was one of the buildings which offered accommodation for  the new school.

“My parents moved to Burnham in 1948 when my father was given a teaching position at this facility. I can remember him taking me (I would have been aged about six) with him when he supervised after-school sports in the School’s sports fields of Pilsmouth farm which were behind where Margaret Crescent is now. 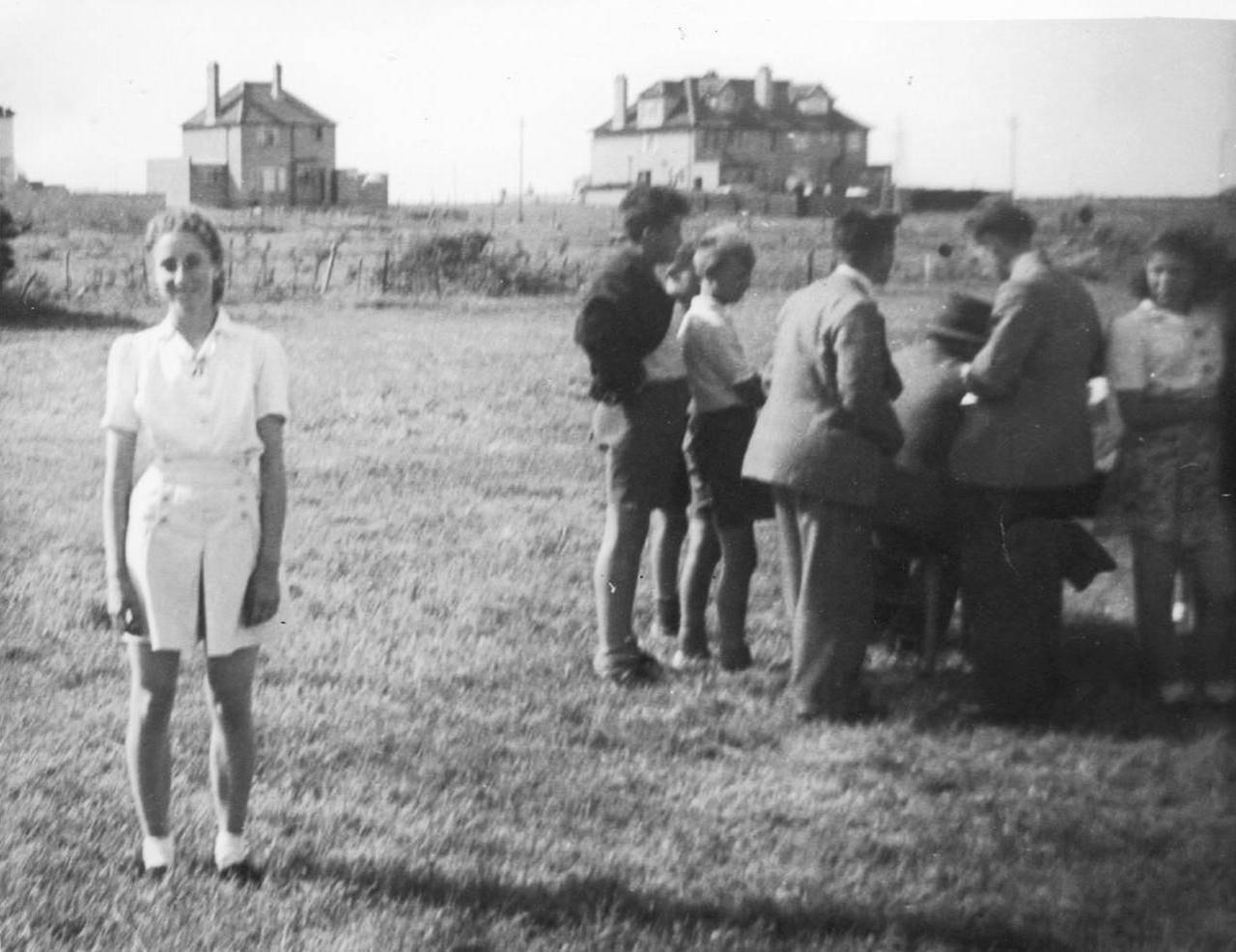 “After leaving St Andrews on the sea front, I had lessons for a while in this building when it was   called Technical College. I can remember being taught by Mr Maddie, Mr Stone and Mr Lloyd. One of my first lessons was being shown the workings of a Van der Graf generator. To see the vivid electrical spark produced was quite something and I often wonder what happened to the machine.

Some lessons were held in a small room on the top floor, which had the old air raid siren on the roof directly above. In my time the siren was used to call the firemen to the fire station in Princess Street. When it sounded the noise was so loud the lesson had to stop.

“Being on three storeys and with wooden stairs the noise of pupils moving between classes was quite loud and seemed to reverberate throughout the building.”

The playground was tarmacked and very small and had very little outdoor seating so it was a race to get to sit on the lid of the coal bunker. Being metal and very old the lid was split in many places and I can remember tearing my trousers when jumping off and having to put my satchel over both shoulders to hide my embarrassment on my walk home.

During morning break times we were allowed to buy yesterday’s buns for a few pence from Marchent’s Cake shop nearby.

In 1957 the new King Alfred Secondary School opened, taking the secondary aged pupils from the Technical College and deniors from Highbridge V.C School under the headmaster Mr W.N. Edge. They were later joined by seniors from West Huntspill School. The school was opened by Sir Mark Pizey. The new school comprised 420 pupils and 12 staff

The school was expanded  in 1962 to add a gymnasium, craft area and more teaching rooms. In 1972 the niddle school block and office block were added. In 1976 the library, lecture theatre, drama studio, 6th form area and more classrooms were added. 1977 saw the completion of  of the art block and sports hall. 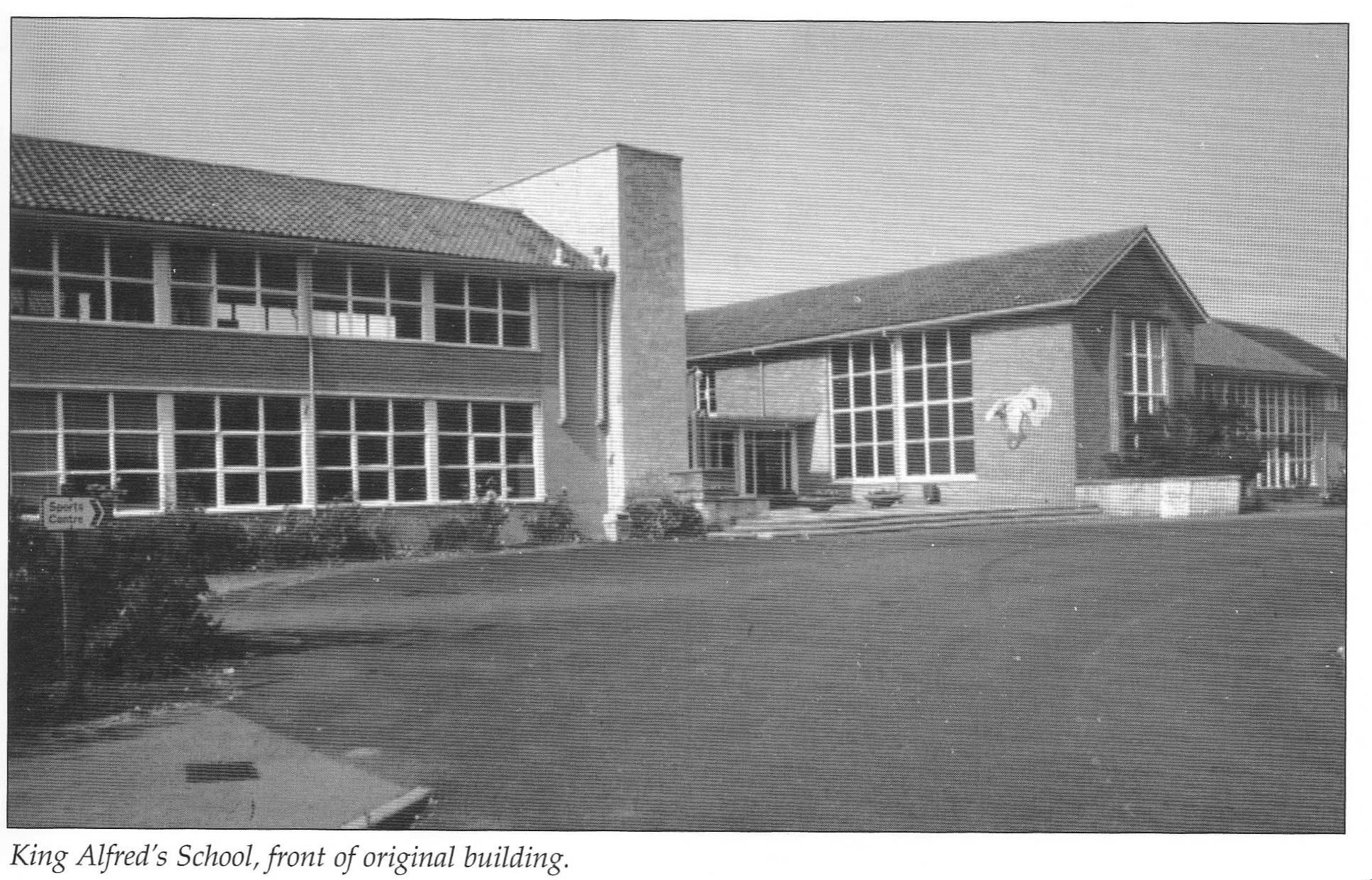 When the Infant’s School moved from Princess Street the Institute moved in and became the Community Education and Adult Learning Centre and the old building was renamed Belmont House and became a drop in and counselling centre for the Adult Mental Health Service   Information courtesy of  WInston & Robert Thomas: ‘The Book of Burnham-on –Sea’. 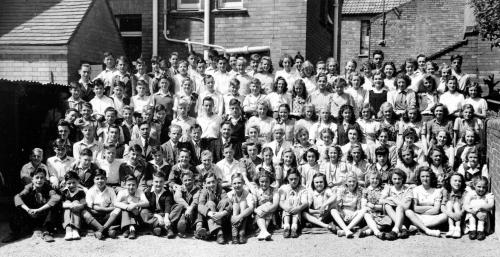 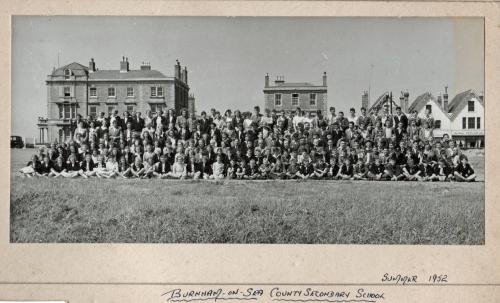