La Retraite Convent and School was situated in Oxford Street. The building is now a care home. 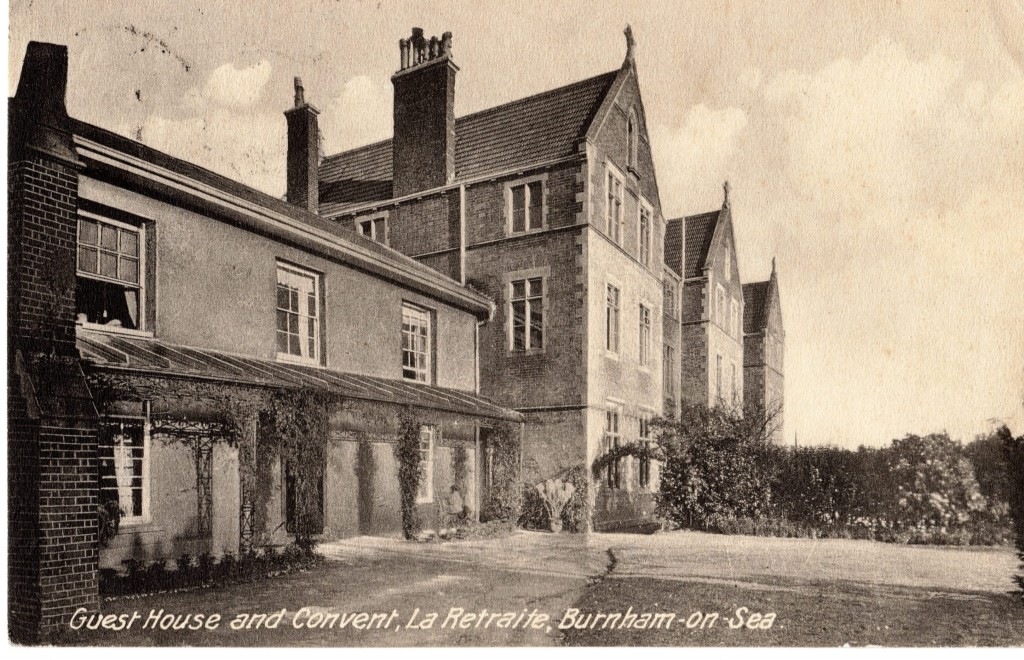 The Congregation was originally founded in Brittany in the late 17th century for the work of retreats. Five sisters were sent to England in 1883 by their Mother Superior,  to “Go where there is no church and build one there”. They first settled in Sevenoaks, Kent and opened a boarding school. In 1887 they learned, from the Sacred Heart Fathers of Glastonbury, of a property for sale in Burnham, where there was no existing Catholic Church. This  single storey house was ‘The Rookery’, owned by the Tucker family.

The sisters moved in with a small number of boarders and eventually expanded the property to include a chapel and a boarding and day school for 180 girls. The chapel was built in 1888 as a condition of the granting, by Dr Clifford, the Bishop of Clifton, of a request by the sisters to found a convent in his diocese. The first mass was said there on 29th September 1888. The first resident priest , the Reverend H.V. Lean, was appointed in 1900. 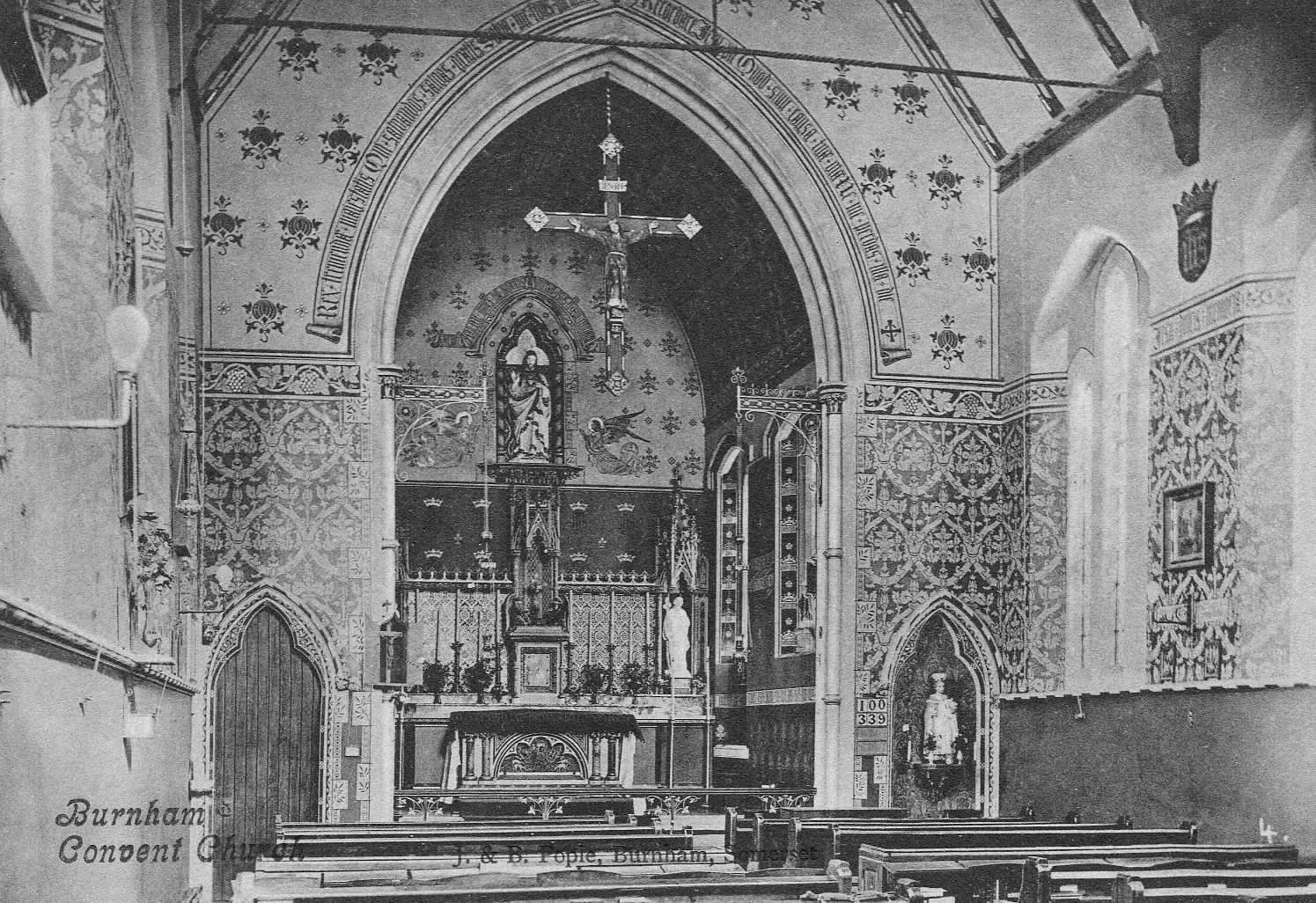 As the school expanded, neighbouring Rose Farm, on the corner of what became Jaycroft Rd,  was acquired (1935) and became the domestic science department. A preparatory school and residential accommodation for 6th form boarders was also added. St Joseph’s Primary school had also been opened on the site in 1891.

By 1967 the parish had grown sufficiently to merit its own Parish Church, which was built a little further down on the opposite side of the Highbridge Road.

The boarding and day school continued in the old building until 1984. When the school closed the Rose Farm building was adapted for  a community of 10 sisters. During the works the original foundation stone of the building was found, with an inscription of ‘1697 J.C.’ 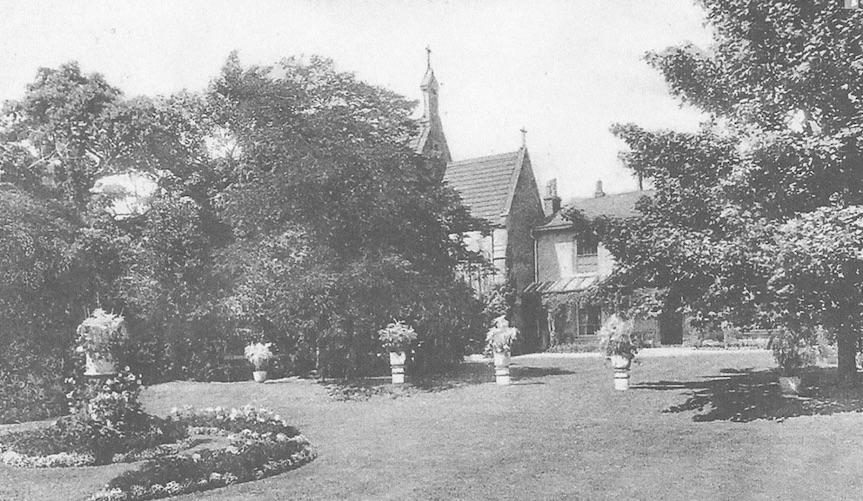 Priory Gardens was cut through and flats for retired people were built on the northern part of the site. The remainder of the old buildings were adapted to become a nursing home. The chapel can still be appreciated in its original form on the Oxford St frontage. The old  burial ground also still remains within the Priory Gardens housing development and can be accessed by the public. 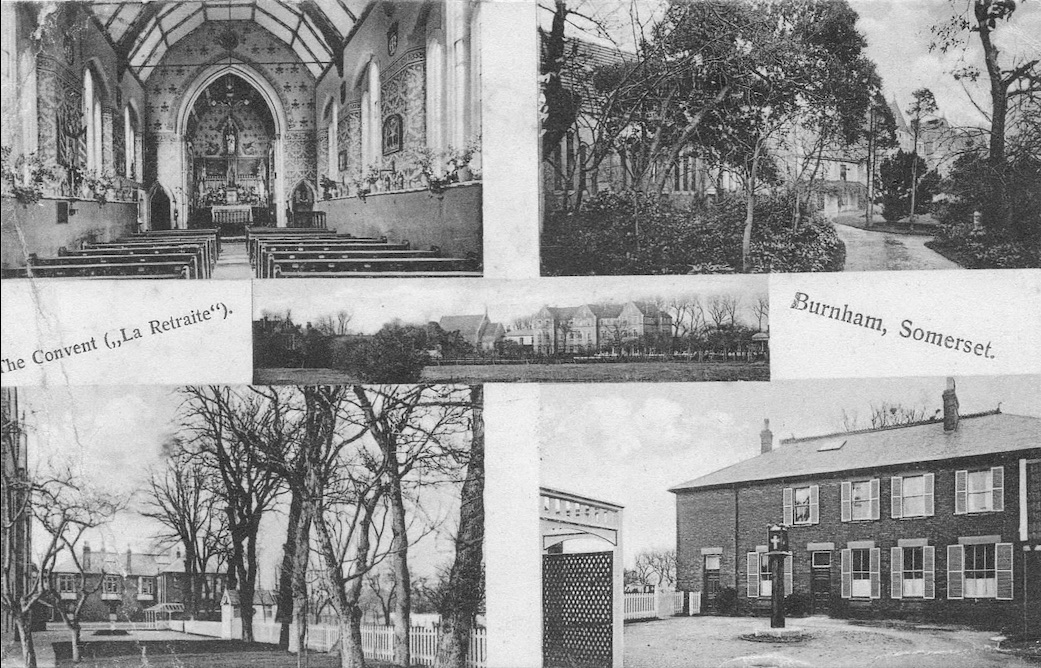 One famous pupil of La Retraite was June Guesdon Joliffe. Born in London to the Welsh civil servant John Mayne Jolliffe  and his Tasmanian wife May Guesdon , June was sent to Brittany when she was two for a salt-water cure for tuberculosis of the spine. Upon her return, she was sent in 1928 to La Retraite, which she described in her 1956 novel Every Eye.

After secretarial college in London, she was taught literature by Kenneth Allott  while working with him. She married Ronald Dundas Orr-Ewing in 1941 and they had a daughter, Victoria, in the following year, but they were divorced in 1951. In 1953, she married a fellow writer, Neville Braybrooke (1923–2001).

Under the pen name Isobel English she published her first book, The Key that Rusts, a year after she was married.  Every Eye followed two years later and in 1961 her final novel Four Voices. She published numerous short stories and a collection of them, Life after All, appeared in 1973 and won the Katherine Mansfield Prize. A single unstaged play, Meeting Point, was published in The New Review.

English’s many literary friends included Beryl Bainbridge, Olivia Manning, and Stevie Smith, who described her tone as “very sagacious and very original – a voice of our times, ironical and involved.” She died of leukaemia on 30 May 1994 and was buried in Hampstead Cemetery, Fortune Green, London.

Above information from Wikipedia