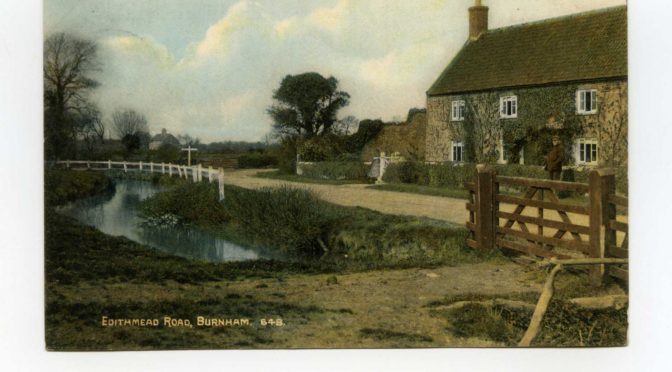 If you wanted to get out and about: 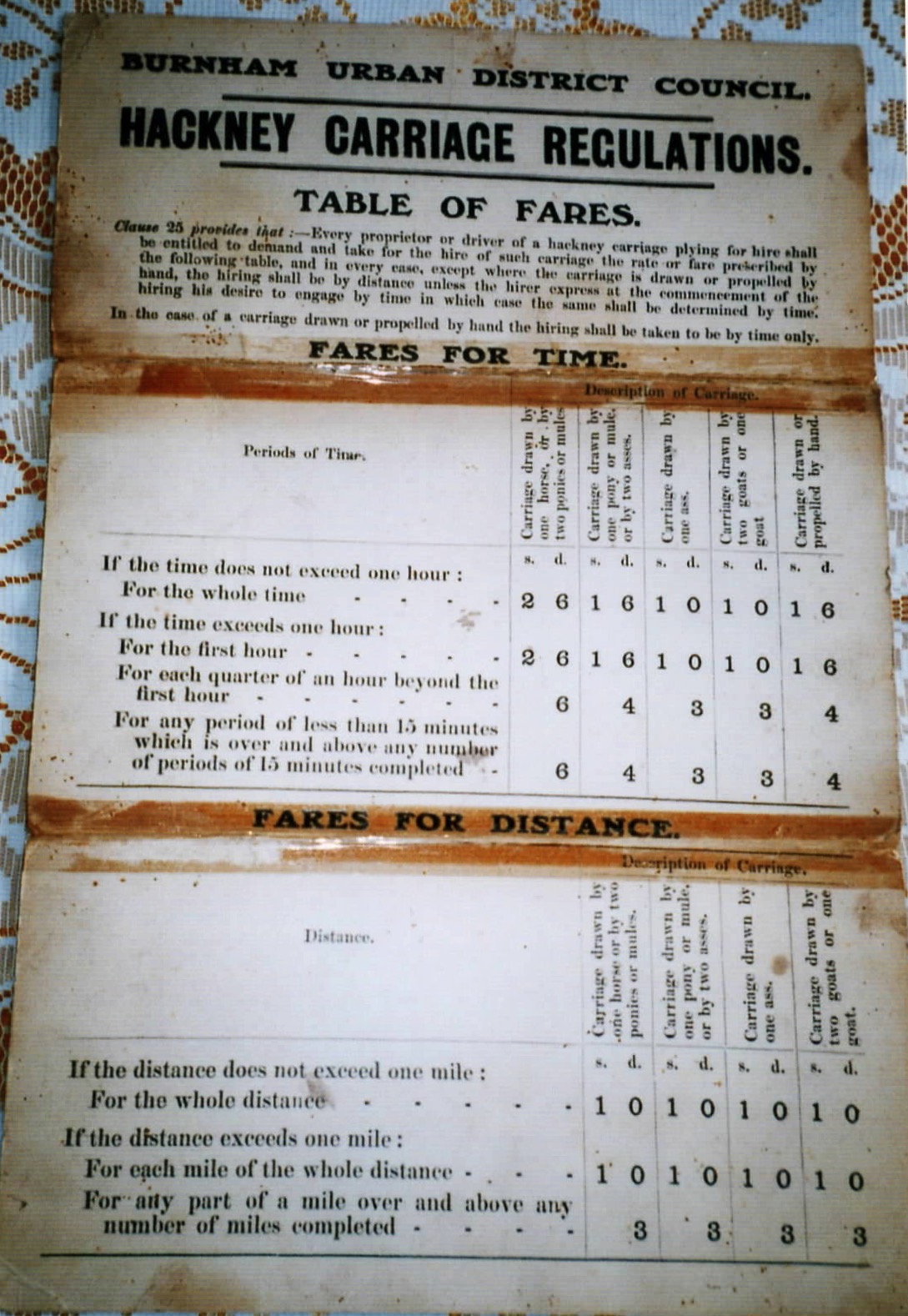 Unfortunately those on a tight budget might have to make do with being pulled by a goat.

Here is a miscellany of local places and people

Photo at top of page, and below, dates unknown. 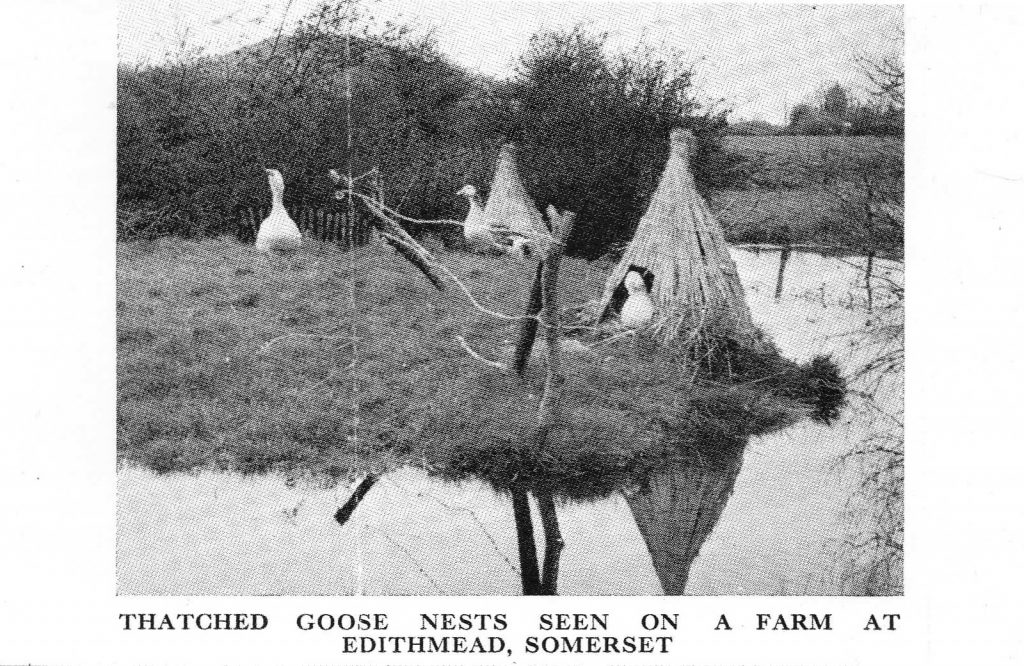 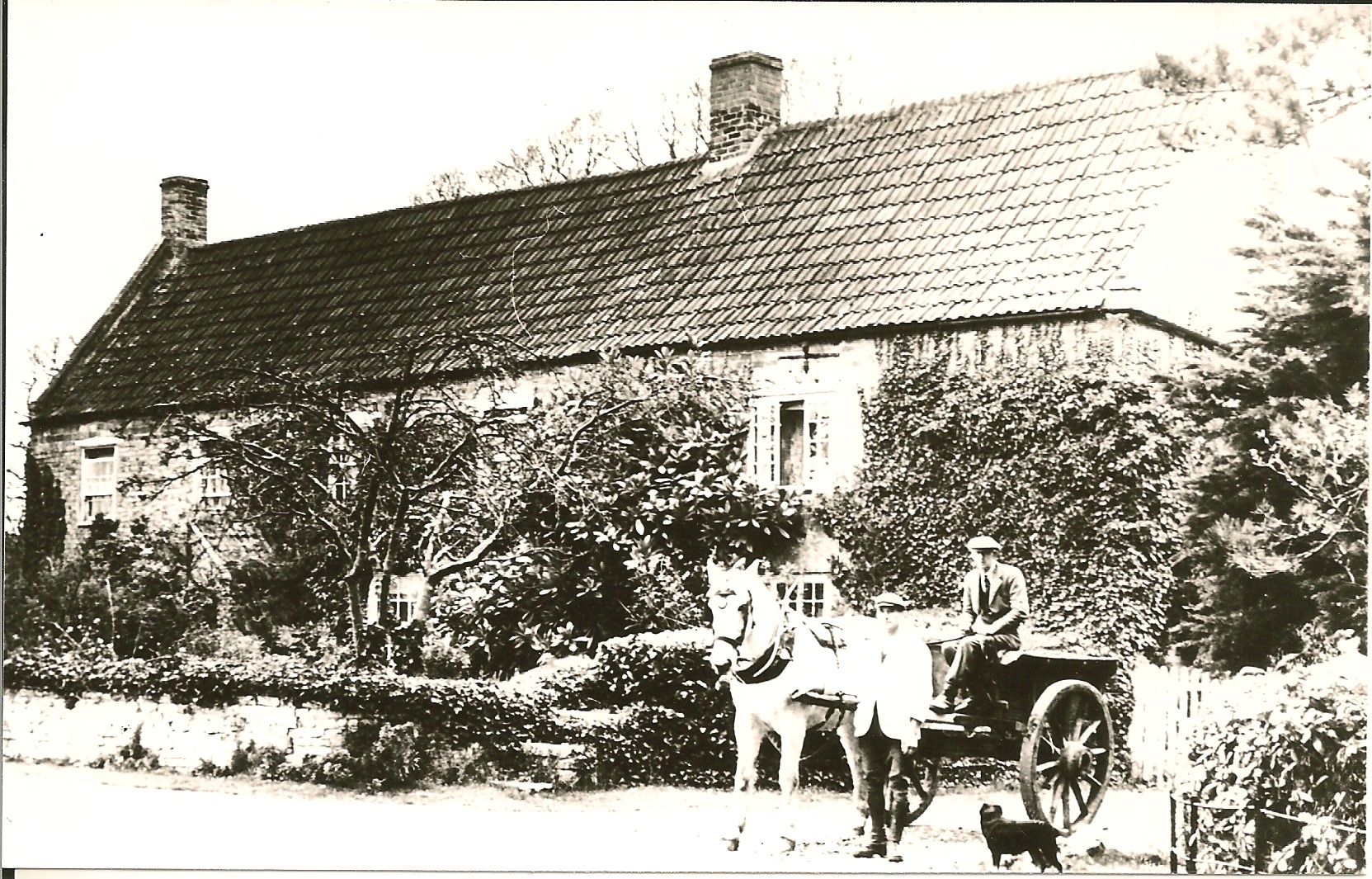 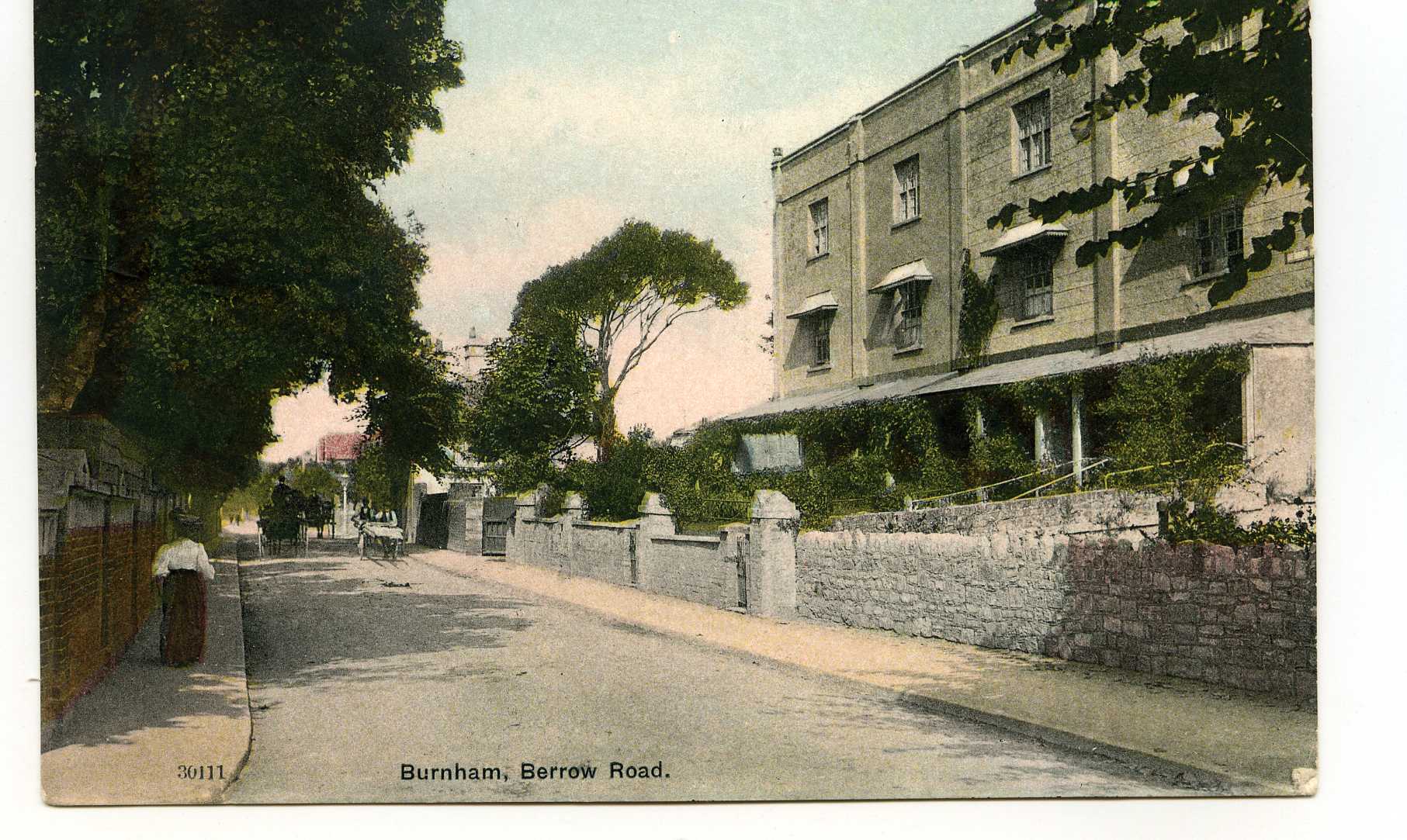 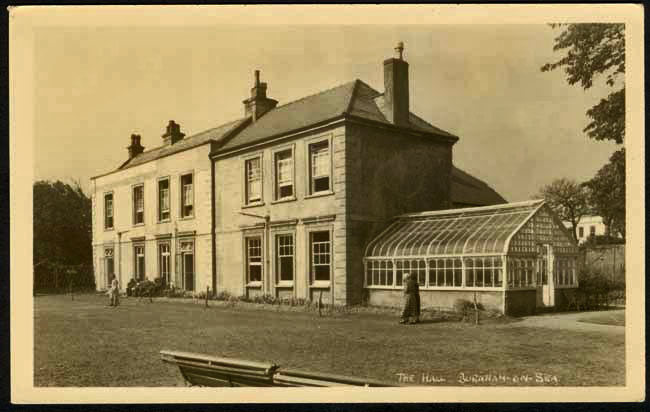 ‘The Hall’, now the Community Centre

Oakover Girls School (below), at the bottom of Sea View Rd. 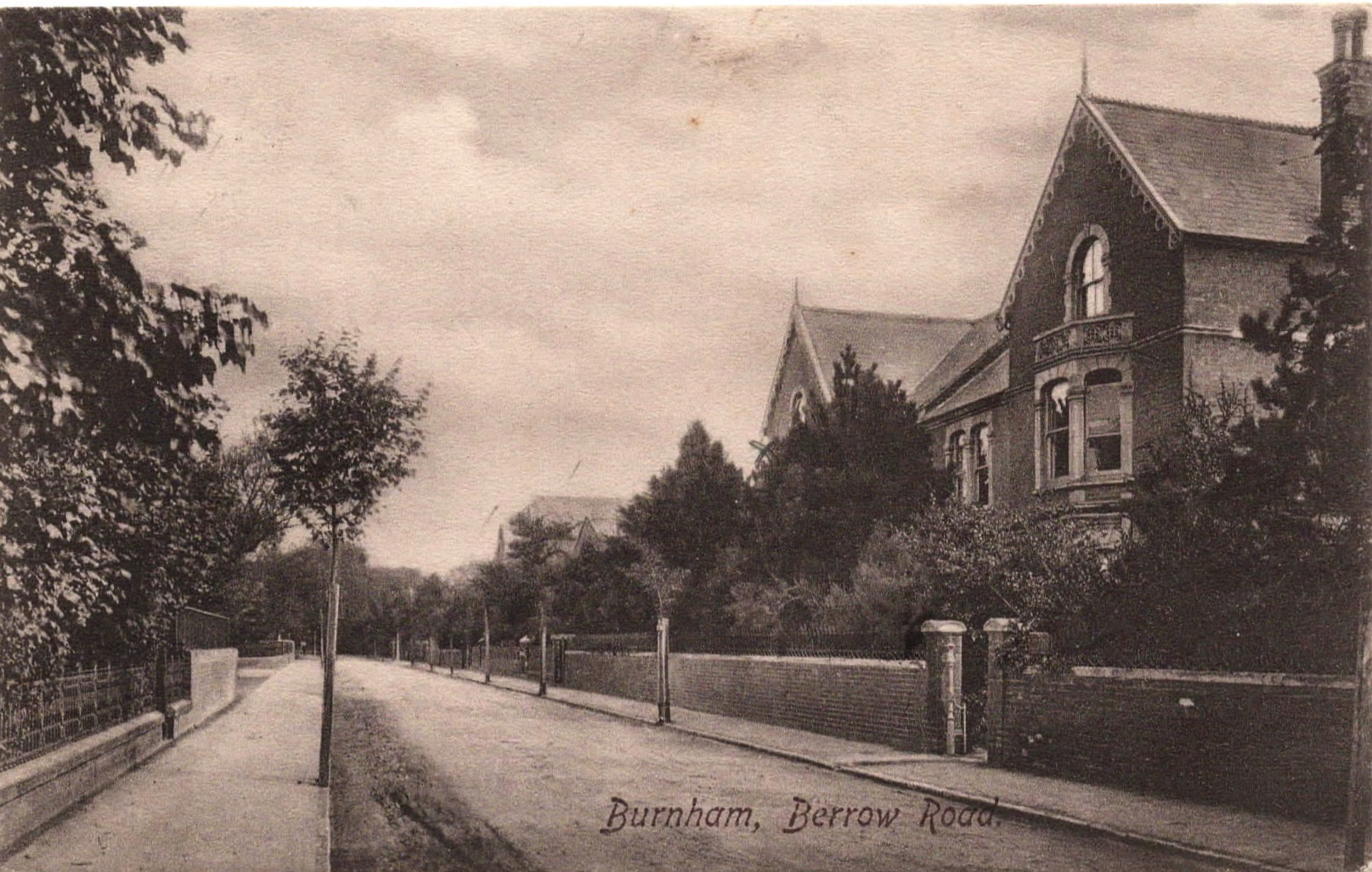 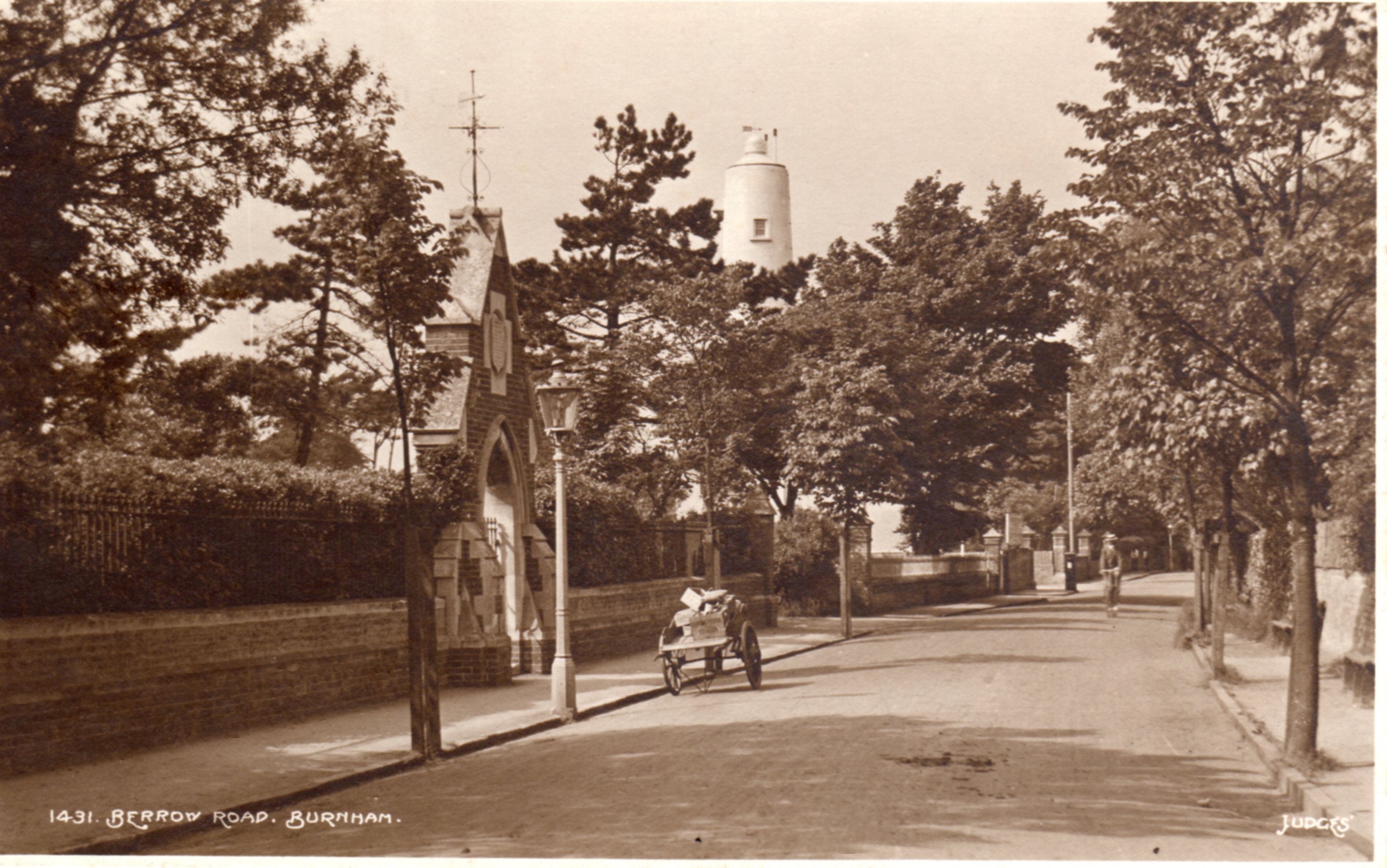 Above, entrance to Ellen’s Cottages & High Lighthouse, note benches opposite.

Below: The Golf Hotel, later to become Kathleen Chambers House an RNIB establishment. This was opened for its new purpose in 1953 by  Mrs kathleen Chambers, ex Lord Mayor of Bradford and campaigner for women and for the deaf-blind. Now rebuilt. 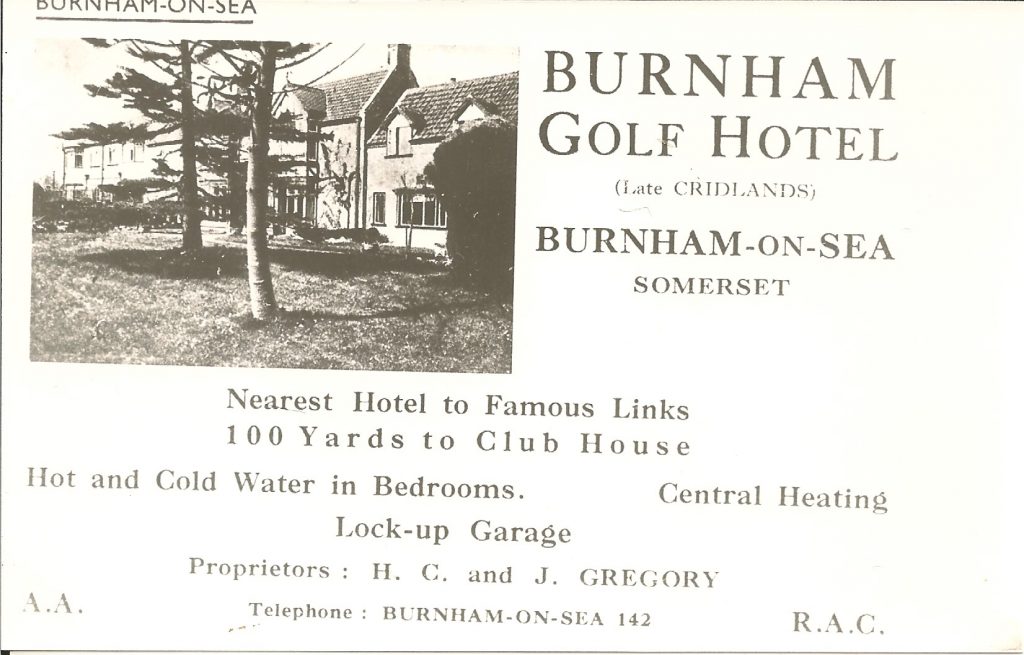 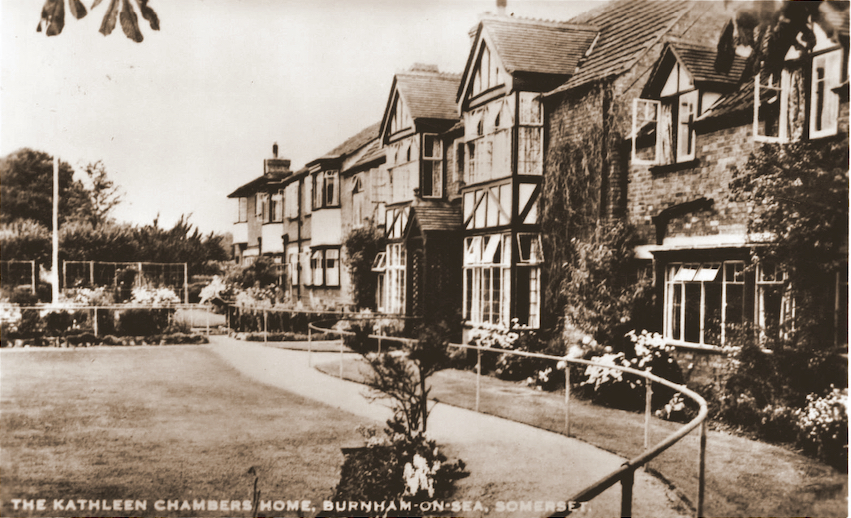 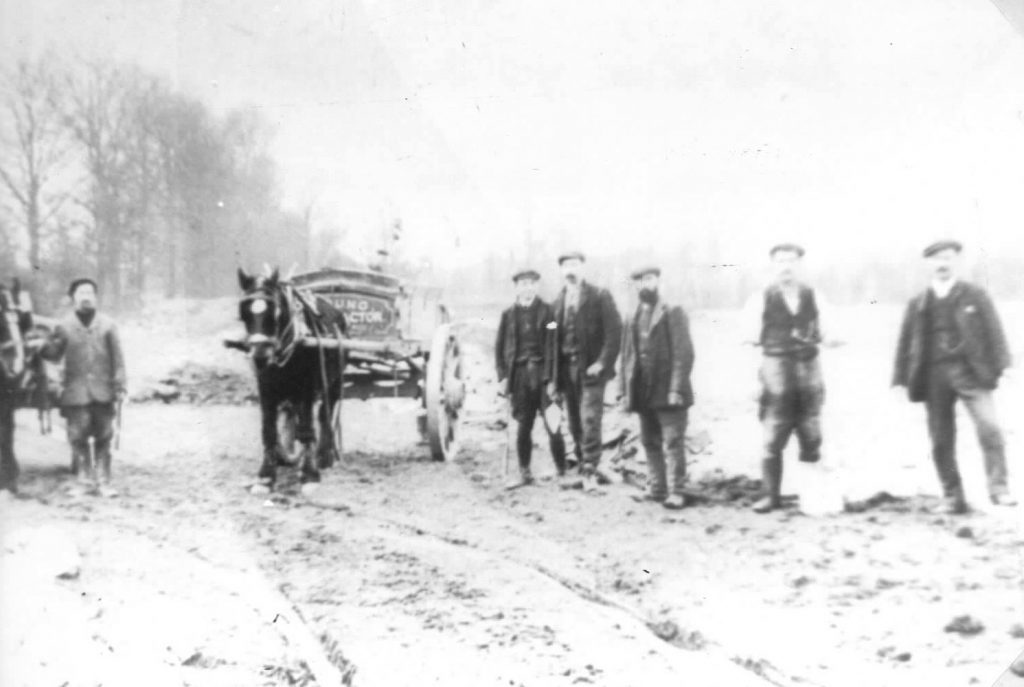 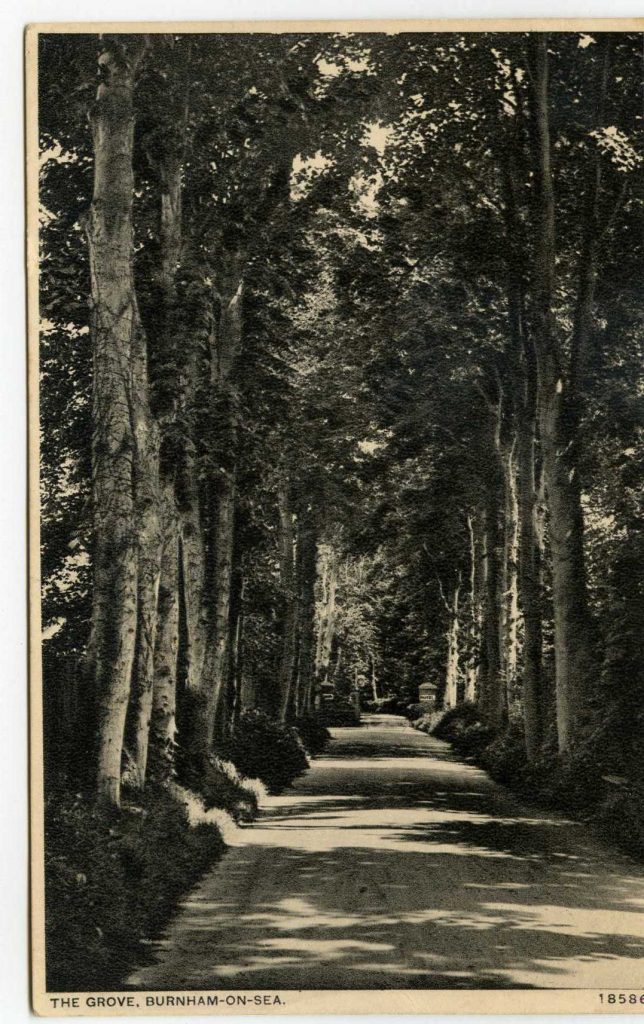 The large house known as ‘The Grove’ stood in extensive wooded grounds where the road Gardenhurst now runs, north of Rectory Rd. The house later became known as Hart House  and during the early part of the 20th century was enlarged to become the Manor Hotel. The Rectory, to the south, later became known as Gardenhurst and served  as a school. It eventually expanded to take in the Manor Hotel. 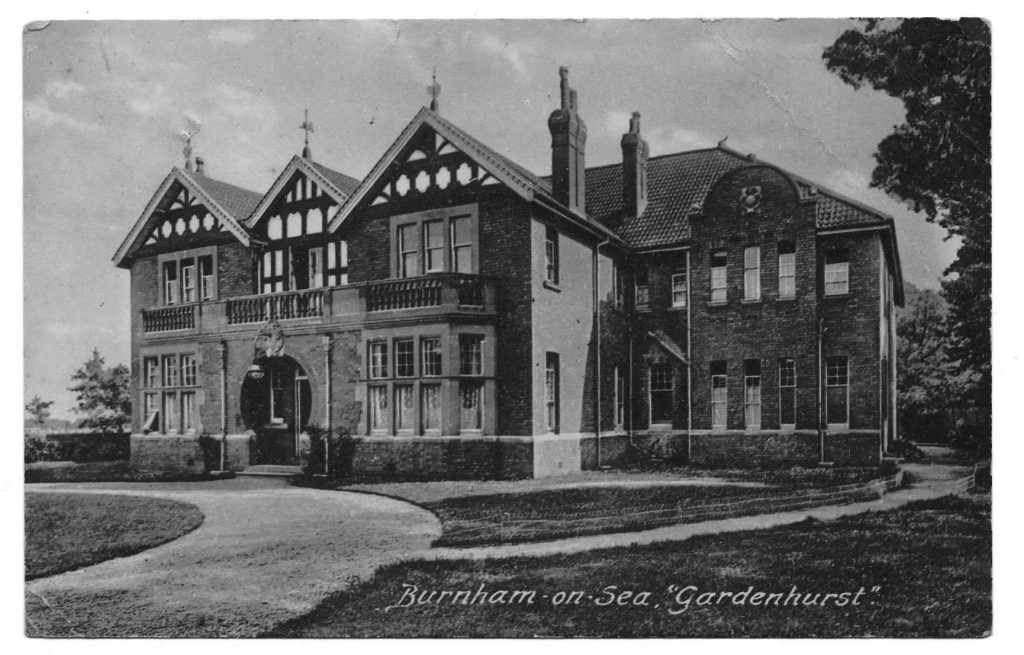 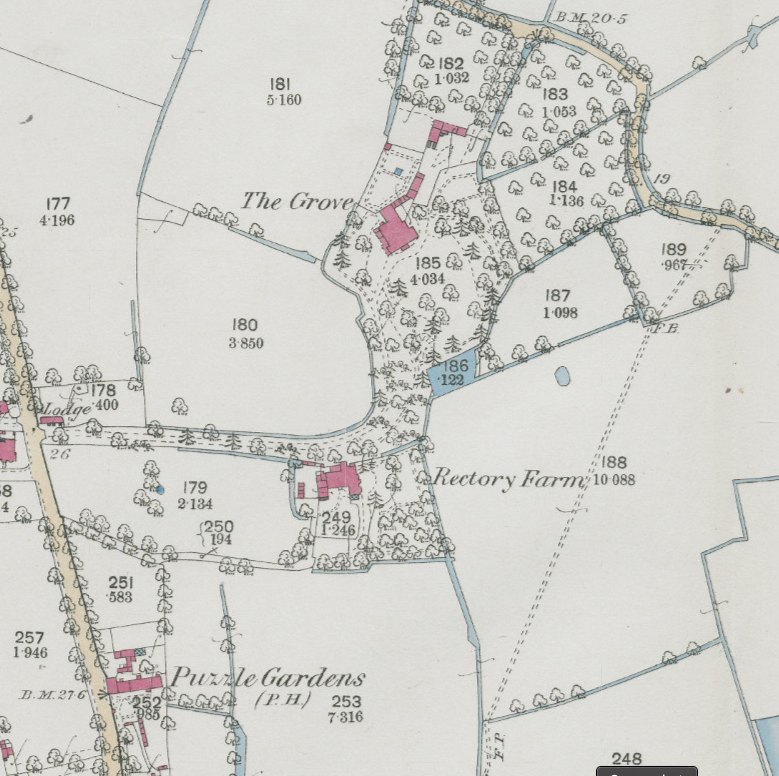 The area was developed for housing during the early years of the 20th century. 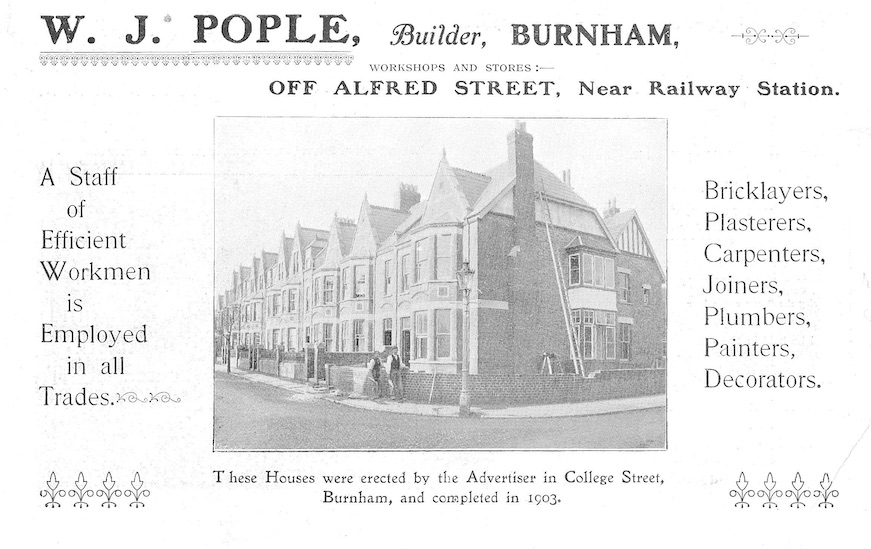 One time home of Lord Cave and of John Saunders 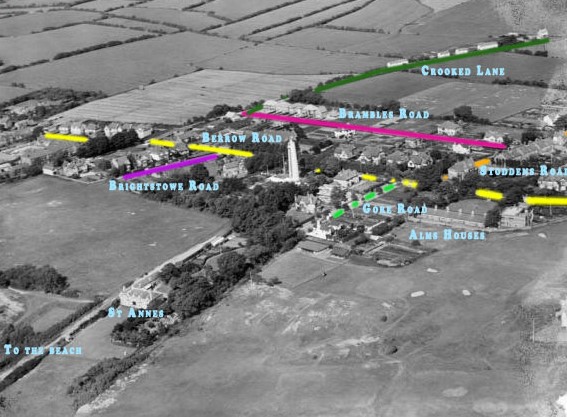 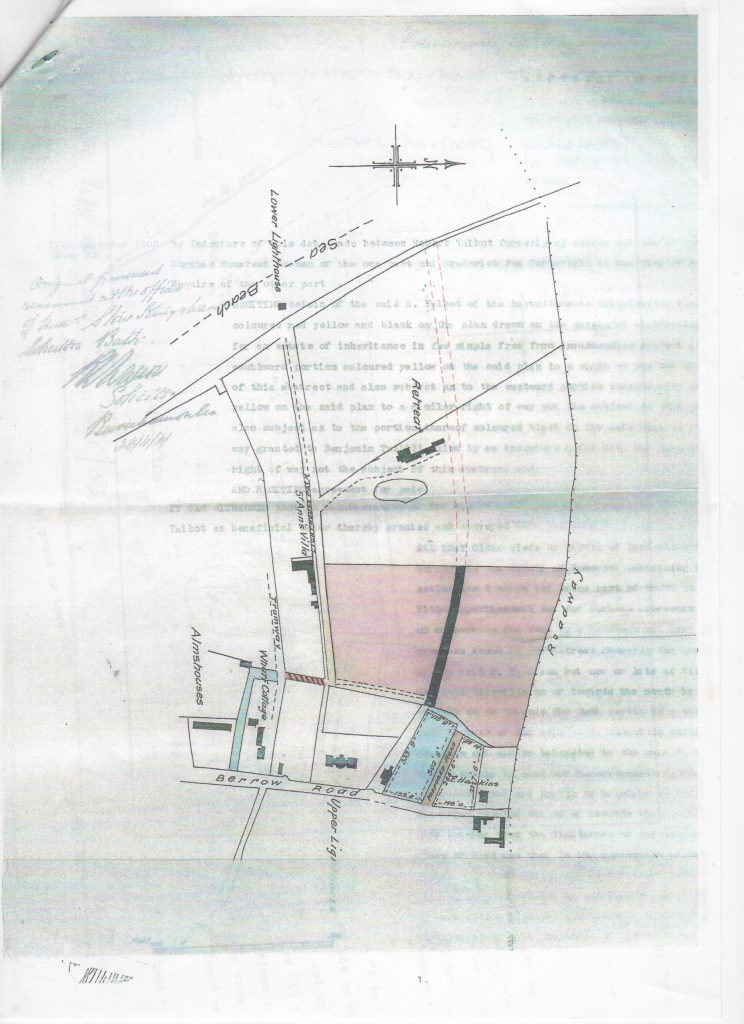 The map shows the course of St Ann’s lane, leading between the high and low lighthouses, it is interesting to speculate whether this is a remnant of the course of the ancient River Siger. There is anecdotal evidence that trows would at one time land coal directly onto the beach near the low lighthouse and that it was transported to the road by a narrow gauge horse railway. Was this down St Ann’s Lane? 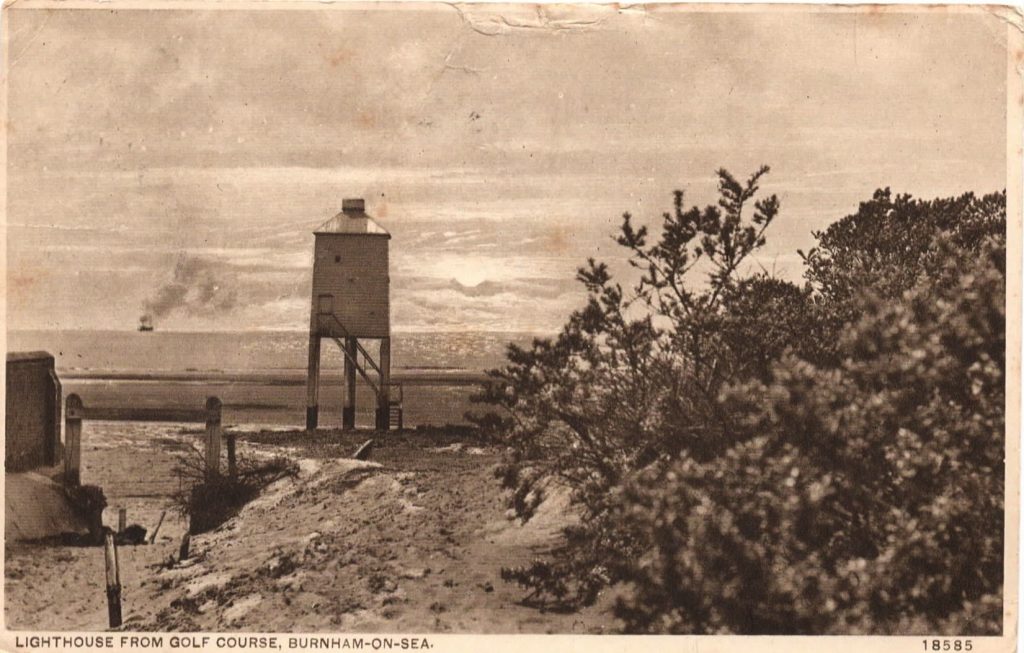 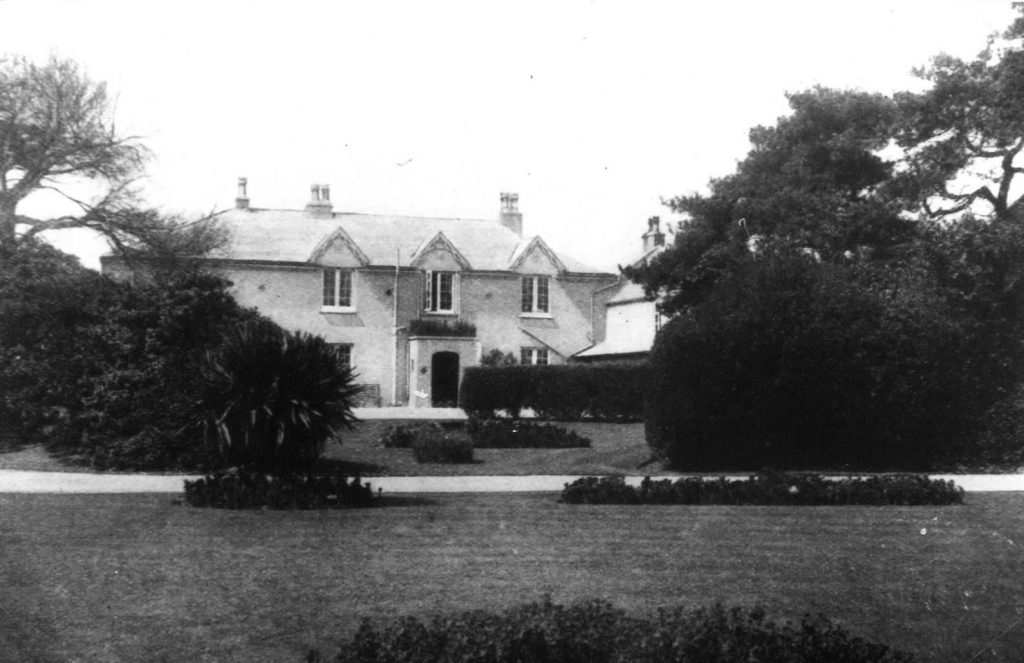 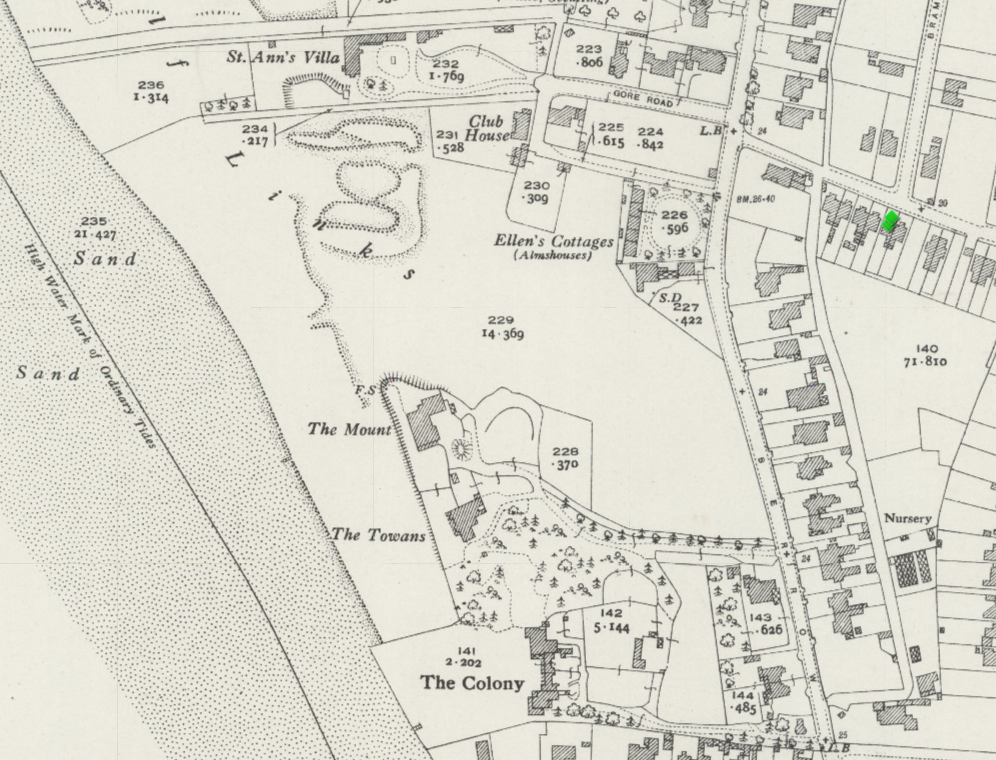 This appears from the engraving to originally have been a handsome building. It is shown, in census information and trade directories from 1848 to 1939,  to have been occupied by a series of families mostly of business owners, clergy, ‘gentry’ or other people of independent means. Occupants included John Prior Estlin (1866) brick manufacturer, merchant  and member of the Local Board Committee (later of ‘Tregunter‘  and Marine House on the Esplanade). 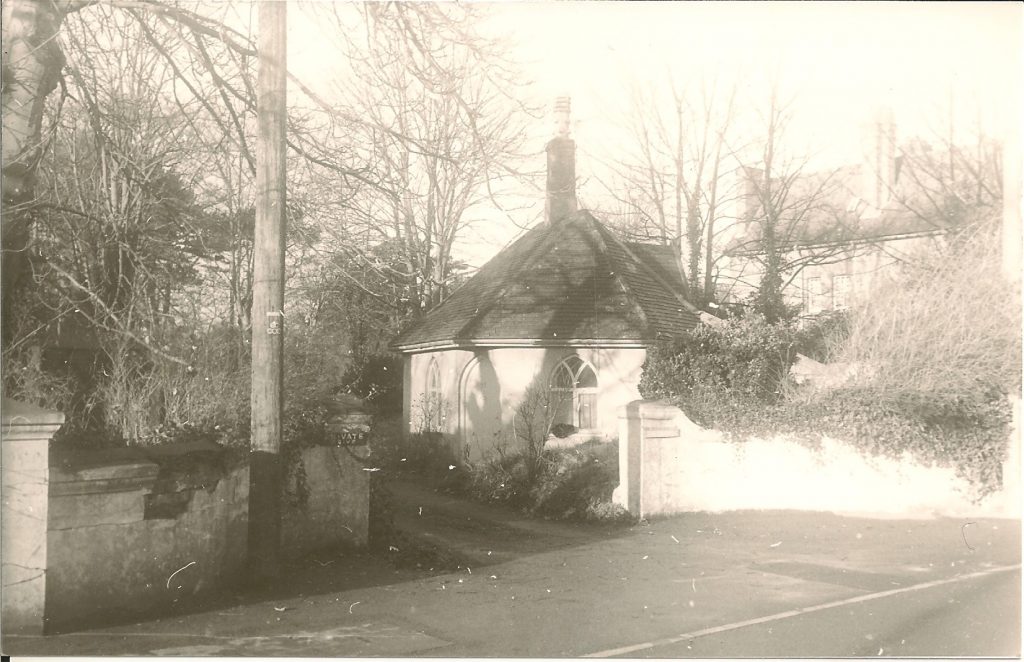 The Colony Lodge, still standing on the Berrow Rd 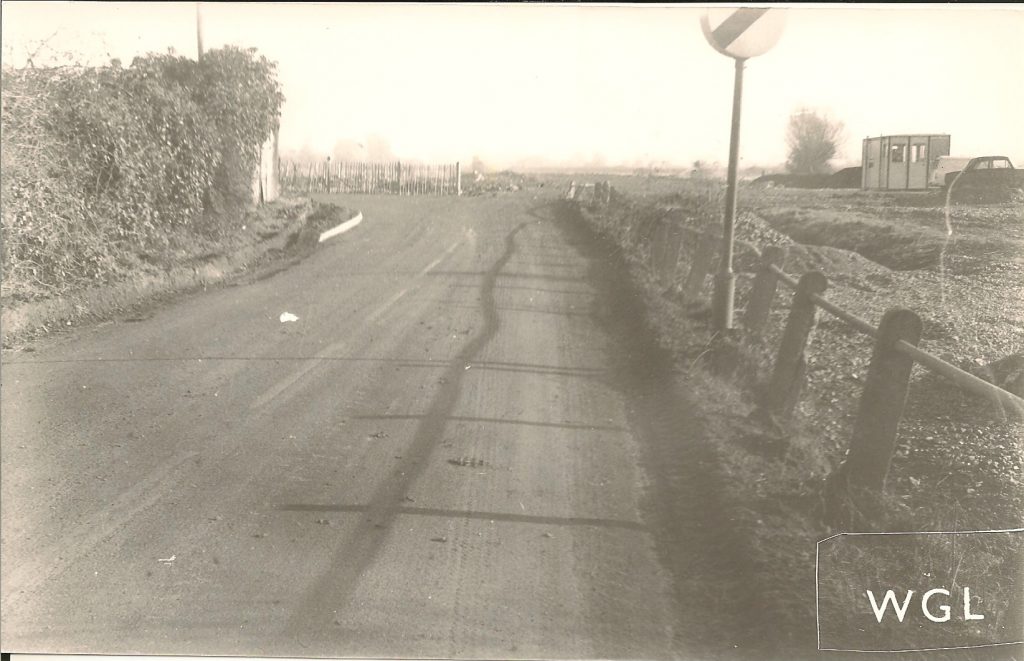 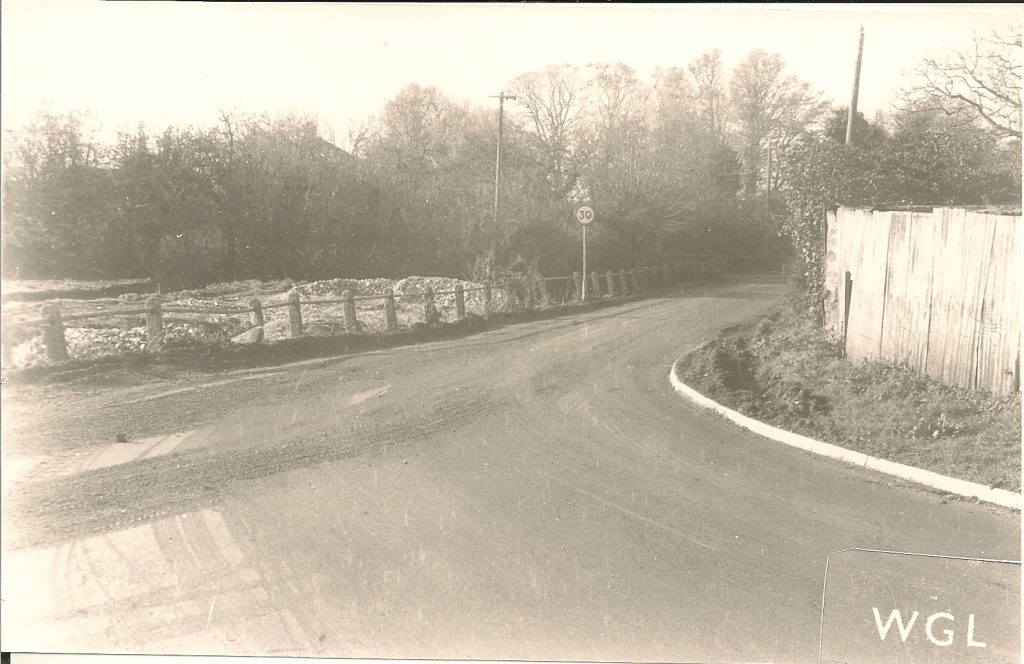 At beginning of works for  new road to the A38 (Queens Drive).

Farm carts were decorated for the celebrations.

Cox & Cox had premises at the north end of  Victoria St but their warehouse was near to the brewery on Highbridge Rd. Their wagons would no doubt have been a familiar site on the local roads. 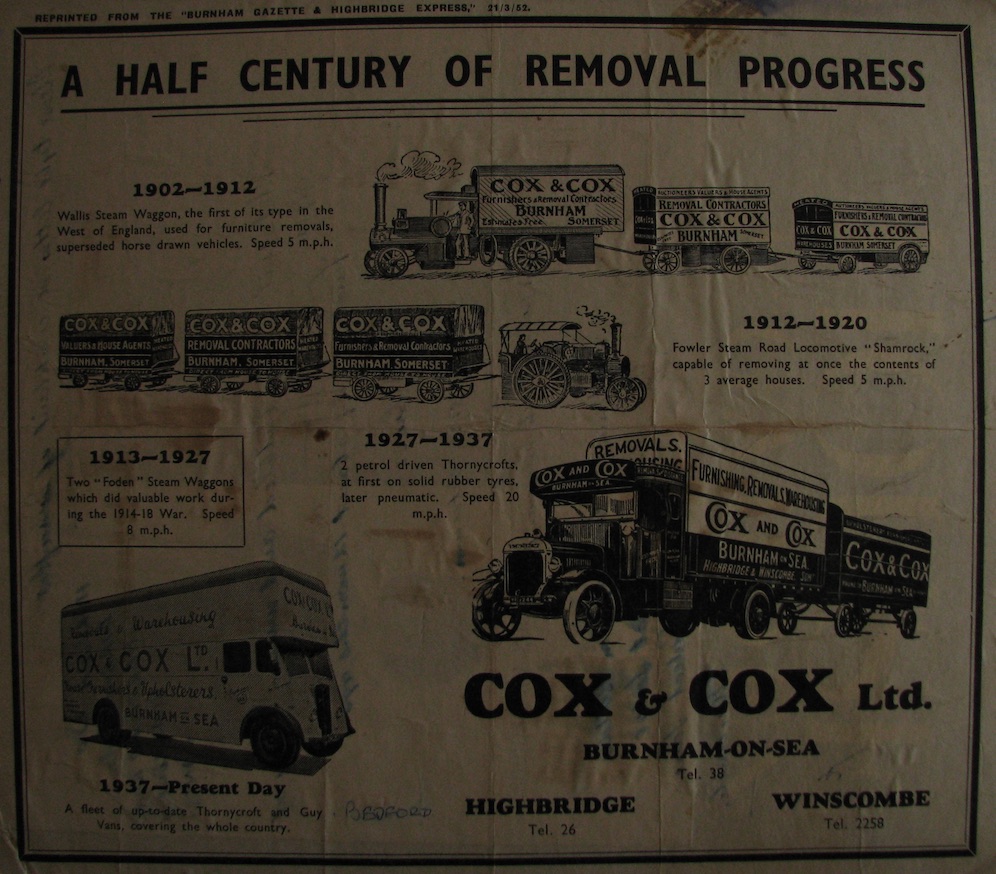 The Weston grocery company had a shop at No. 51 High St, Burnham during the first half of the 20th century. At one time, probably during World War I fuel shortages,  they operated a fleet of gas powered delivery vehicles (see comment from Des Parsons below).

Weare’s shop was in Victoria St. Their delivery van is here seen making a delivery to ‘Osra’, the house on the corner ofGolf Links Road. The date is not known but the vehicle appears to be of 1920’s vintage.

The Globe Hotel (now the Pimpernel, previously the Huntspill Arms and before that the Scarlet Pimpernel). The date is unknown but is sometime after 1916, when the Derham family took over the hotel for Holts Brewery (until 1949). The sign at right has a pendant marked R.A.O.B. which probably indicates a meeting place for the Royal Antediluvian Order of Buffaloes, a fraternal organisation started in 1822. 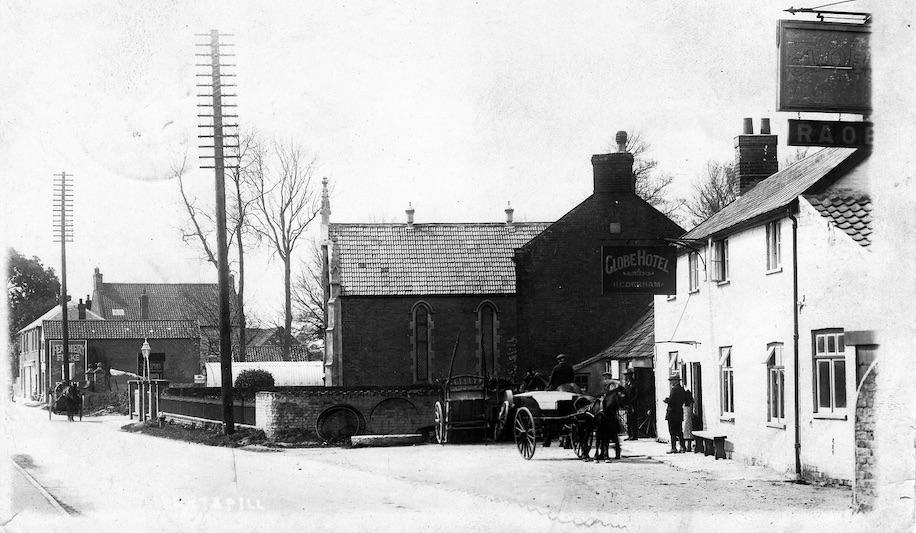 Below: charabanc excursion at the Crossways Inn. 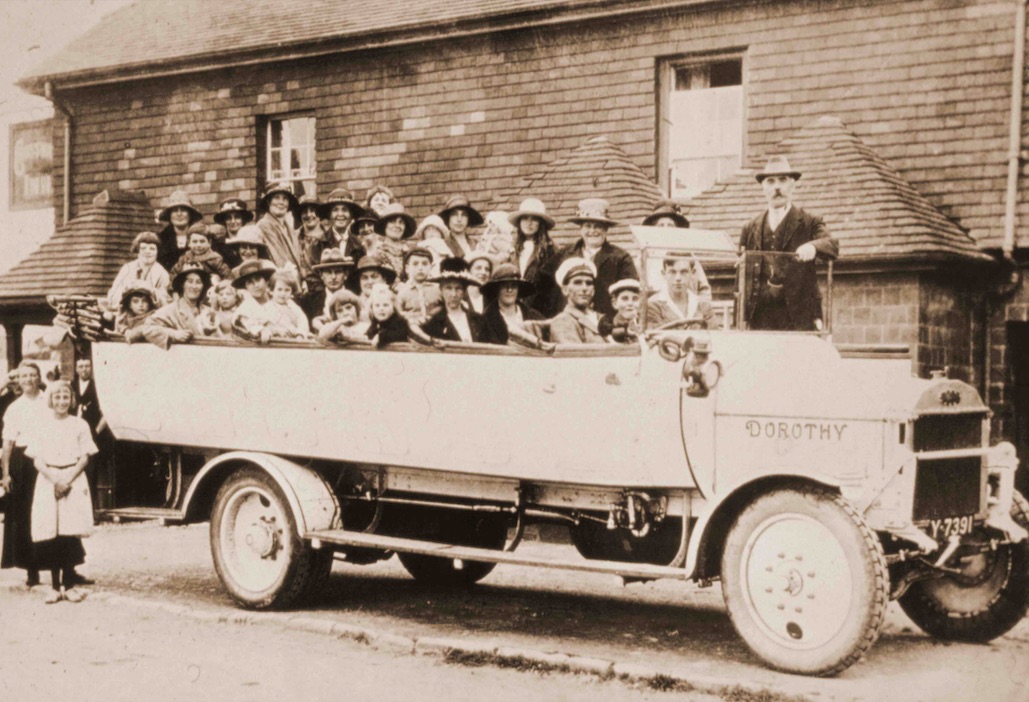 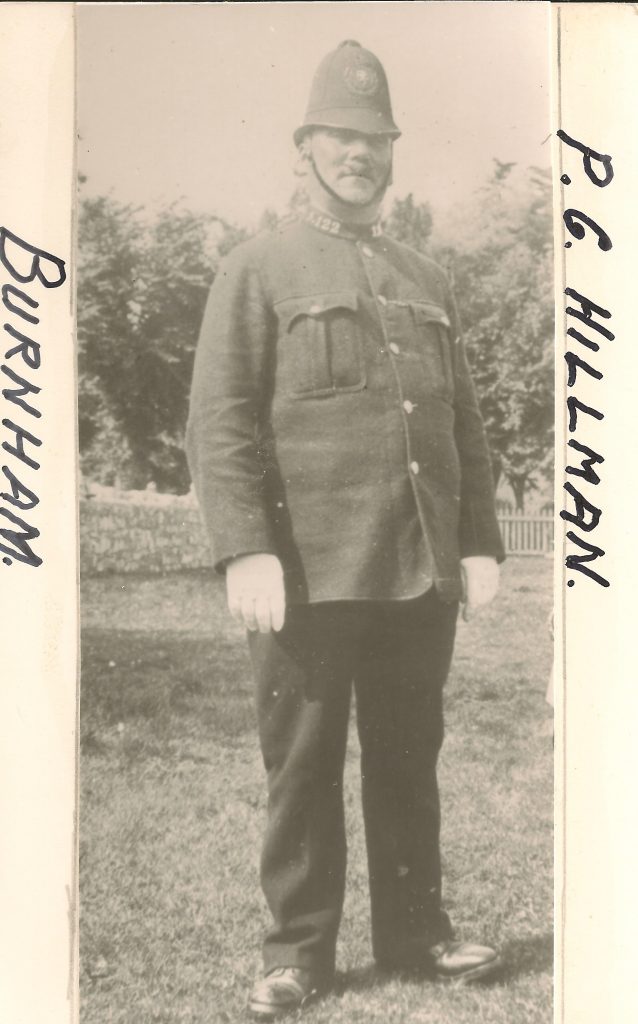 Perambulating around and about one might no doubt have come across P.C. Hillman on his beat. He was transferred to Burnham in April 1920 from Mudford, where he is reported to have “proved himself to be a very efficient and popular officer”. (Western Chronicle). He was still at Burnham at the time of the construction of the new police station in Jaycroft Rd (Western Daily Press  Dec 1926). There are a number of reports of him giving evidence in court proceedings including one in 1925 where a young man was charged with driving a motor-cycle in a dangerous manner on the Esplanade. P.C Hillman is reported as stating that 8 miles an hour on the Esplanade was ample speed and commenting “They do it to show off to young gils sir” (Western Daily Press. May 1925).  Thanks to Francis Farr-Cox for research.

This mobile business was run by a member of the Marchent family who ran bakery and tea-room businesses in Burnham for many years. It was the first to start up in Burnham after World War II. 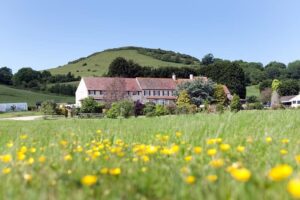 “One of my favourite childhood memories is of going to Battleborough Grange for a cream tea.  I have a suspicion that we probably only went there two or three times possibly when relatives came to visit us at Burnham.  In those days Battleborough was a working farm and as you went up the drive I seem to recall both the sound and smell of what I now suspect was a working Lister or similar stationary engine plus a glimpse of the cows that were responsible for the cream we were about to enjoy.

Teas were served in a large dining room which felt like part of the home rather than a room specially for visitors.  My recollection is that the delicious cream made on the farm and the jam were served with bread and butter.  Battleborough was known as the place to have a cream tea.  I think I was told when I was a bit older that Battleborough was known far and wide for its cream teas partly because the owners had been prosecuted for serving cream teas during rationing when this was not permitted.  Searching the British Newspaper Archive bears this out.  A case heard in 1949 when the married couple who owned the farm were each fined £25 plus three guineas costs was reported not just in local papers but also in Exeter, Birmingham and even Dundee!  There were probably many other reports that are not in the Archive!  One of the papers reported that the Ministry of Food enforcement officer said that when she called at the Grange there were about 40 people having tea and they all had cream.  A saucer of cream was placed on her table but she did not have any.  She took samples of the cream and had it analysed.  It was cow’s cream.

Scones in a cream tea appear to be a modern idea possibly because they can be made quickly to suit demand.  The Foods of England website has a section on cream teas.  The earliest reference to a cream tea the authors of the website could find was from 1931 when a disgruntled correspondent wrote about the price he had had to pay for a cream tea, served with a “splashing of cream”, bread and butter and two “anemic” rolls in Cornwall.  The same website also includes a case paralleling the one at Battleborough when a farmer at Bickleigh in Devon was fined in 1942 following a visit by a Food Enforcement Officer.  He had been served “tea, milk ,sugar, bread and butter, plain bread, jam and a glass with three or four ounces of cream.

In my opinion scones are fine but a cream tea with brown bread and butter is delicious and clearly much more traditional!”

2 thoughts on “Around and About”