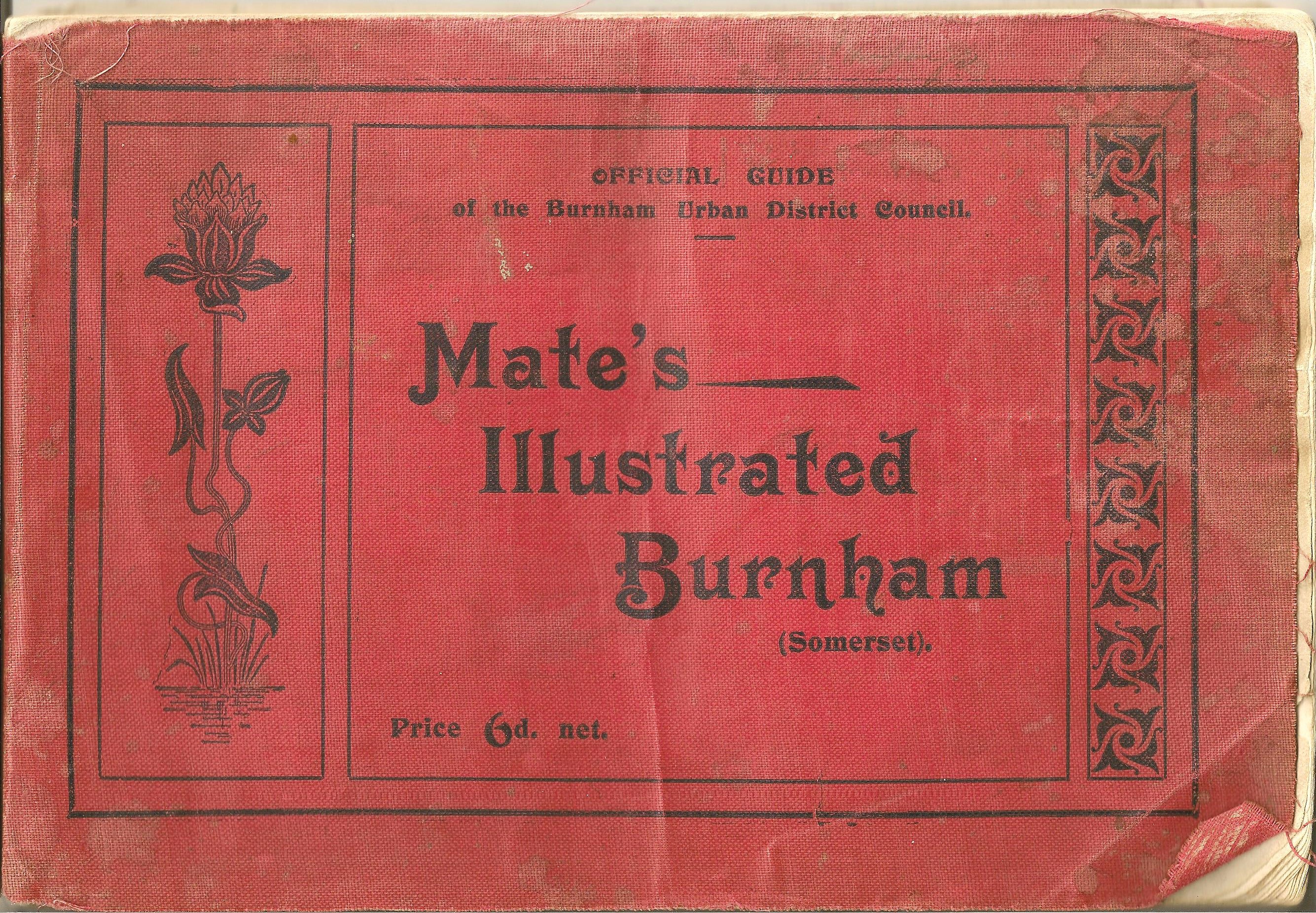 Burnham enjoys by reason of its advantageous position as regards the sea, an immunity from fogs and damp weather……The general disposition of the climate in winter as well as in summer, is clear sunshine, fresh air; and languor, enervation, or ennui from climatic incident are unknown to its inhabitants……there are possibilities of canopy formed by remainders of agriculture and by the dexterity of the guardians of the town, in the form of delightful trees, such as to amply protect those who are unable to revel in the sun bath.”

“The town is almost unequalled in its healing powers; it is far famed as a resort meet for the tending and upbringing to vigorous manhood and womanhood of those children, either delicate by constitution, or born in tropical climes and sent to England to seek new chances of life itself. Much of its prosperity has been due to th”e ease in locomotion possible to the aged. Its death rate seems incredibly low. It is a rapidly disappearing quantity according to recent statistics.”

“By a happy wisdom the town is so built, as a high medical authority once said, that every dwelling receives the inestimable boon of fresh air, with its attendant and inevitable presentation of health therewith. The streets are broad and open and sufficiently elevated to be always dry and clean. The soil is dry, and so admirably drained that rheumatism and kindred troubles are practically unknown. Quiet beauty and absolutely perfect health properties have long since won for Burnham its enviable reputation of possessing recuperative powers almost unparalleled in the knowledge of the faculty of the West of England.”

“When the Summer is at hand, the sands are a merry scene. Those who want noise and rabble must go elsewhere; but to those for whom refinement is always associated with the first requirements of a healthy holiday, Burnham has an undeniable charm. There are no quicksands, no shelving and dangerous coasts, no dangers for children, who can roam and play on the clean hard beach in absolute safety; no danger, too, for the bather, who elsewhere may have been tricked into a risk of his life by the deceptiveness of the locality.” 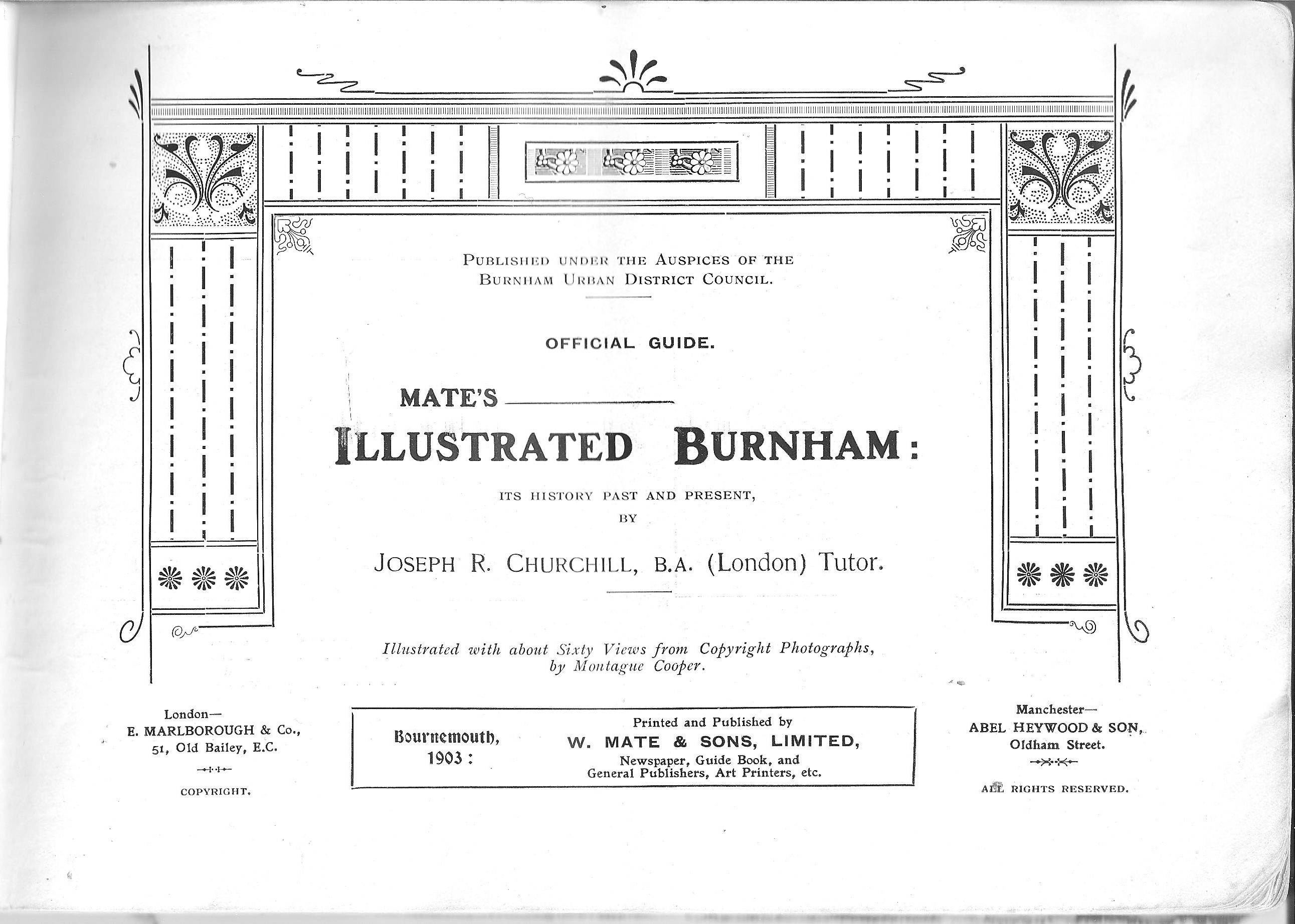 Ahh… those were the days!

Below is a map of points of interest, from around the same  time, discovered amongst the Dupuis Diaries. The inclusion of the bandstand on the Esplanade dates this  between 1902 and 1911. 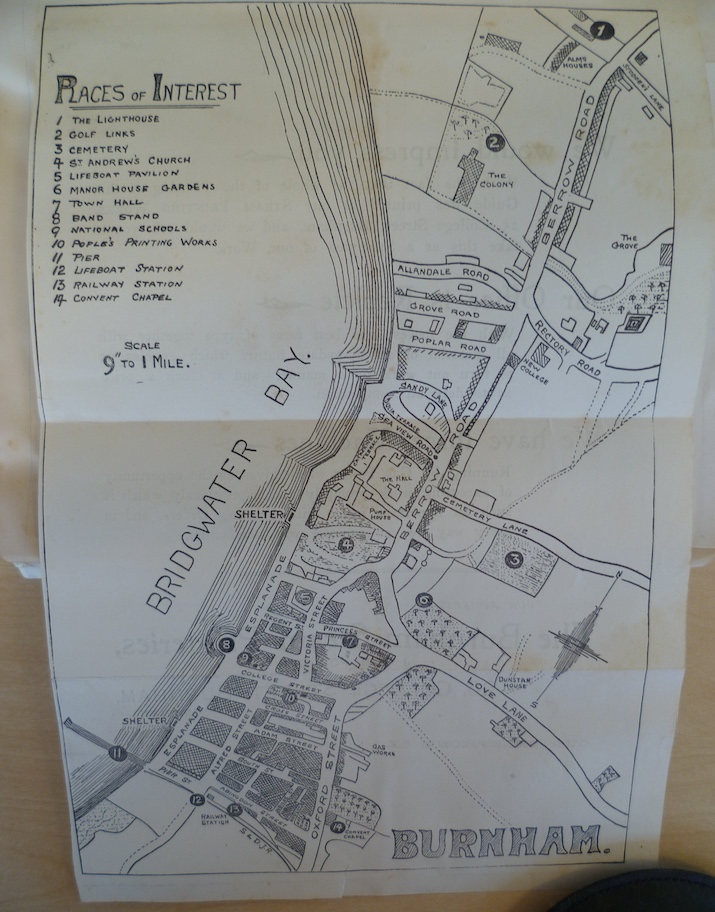 Below is a video clip of Francis Farr-Cox showing his copy of a Burnham Guide of 1859.

From the Weston-Super-Mare Gazette 29th Sept 1888:

WHEN DID BURNHAM BECOME ‘ON-SEA?’ 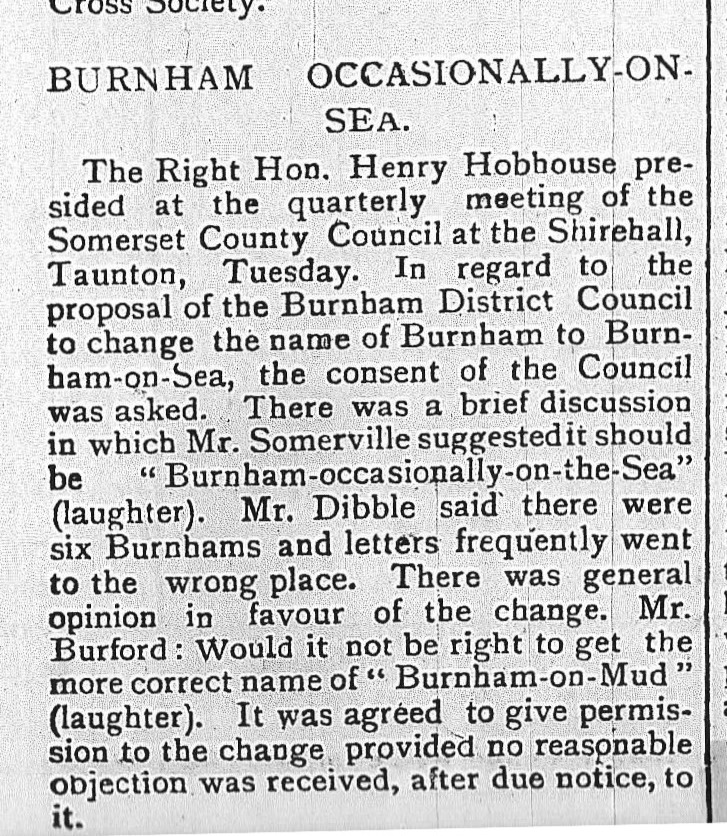 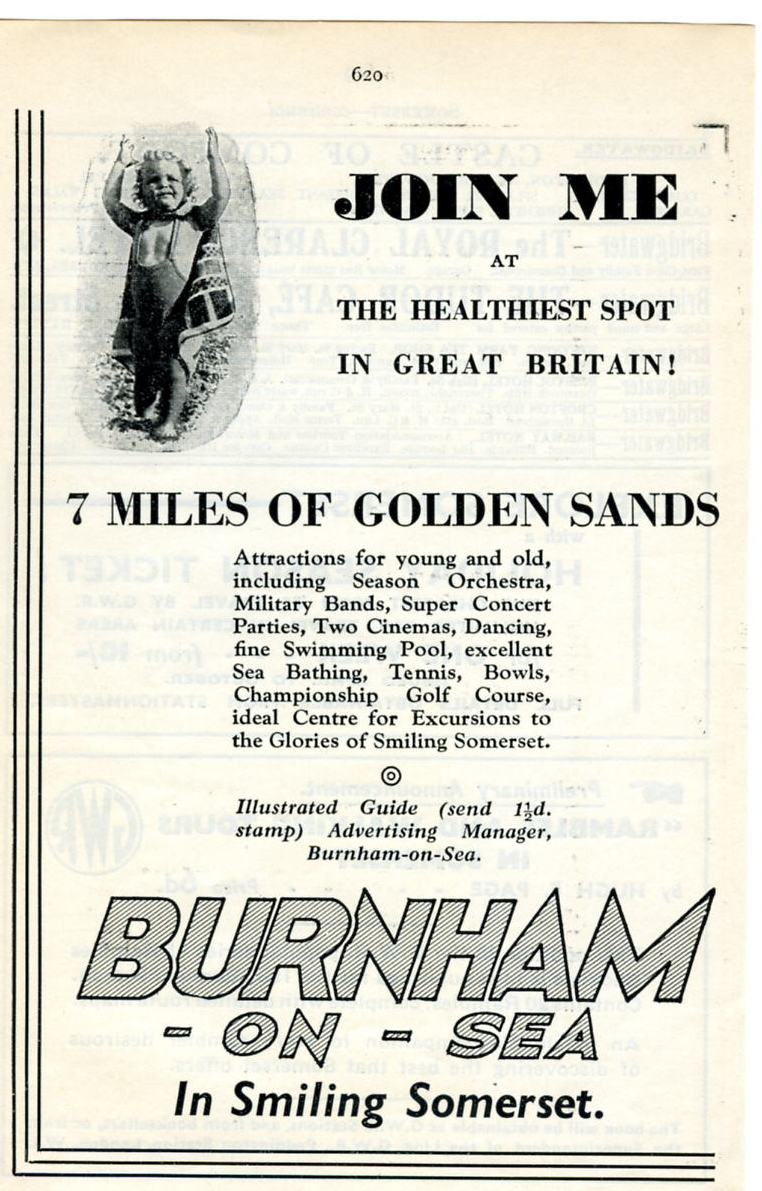 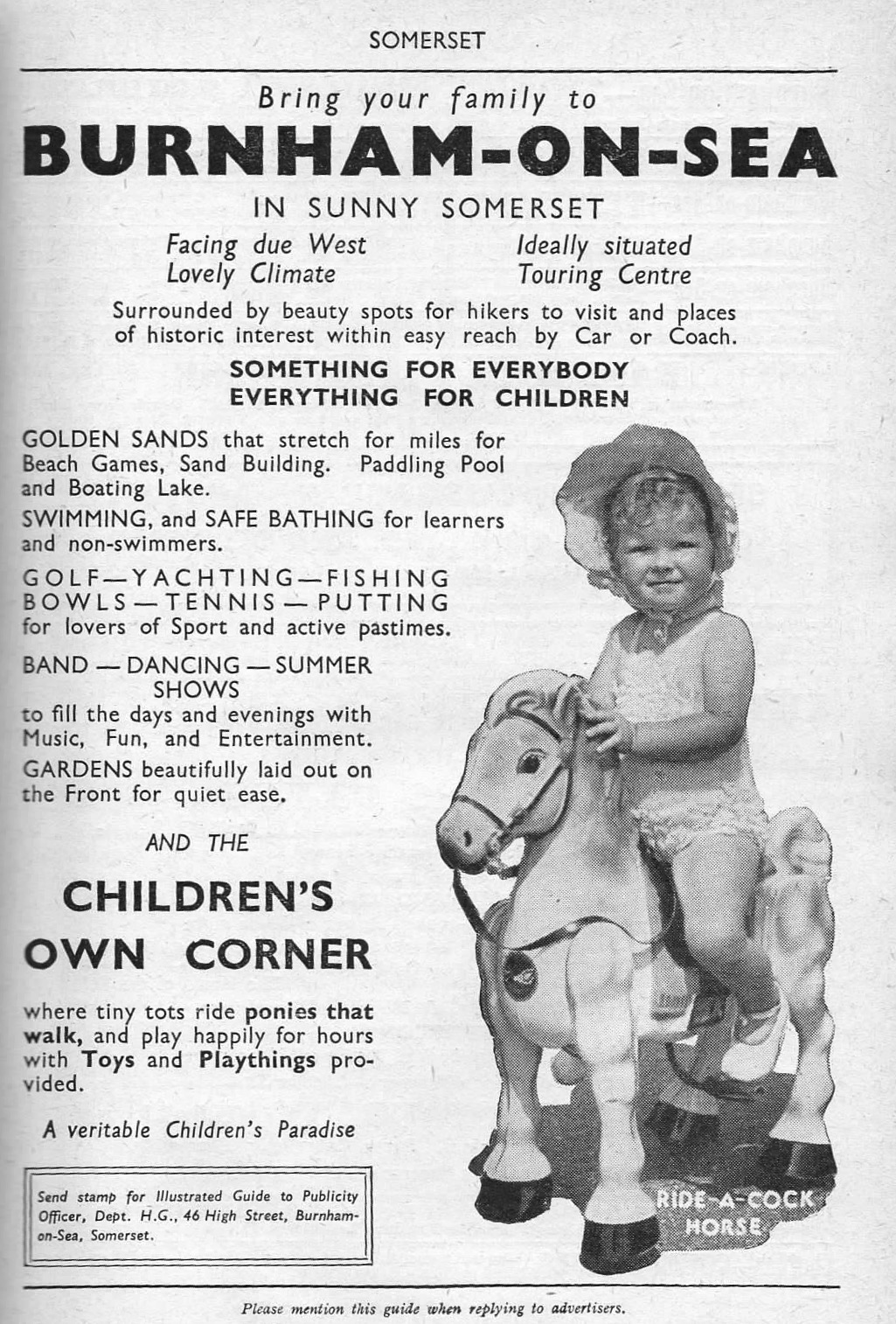 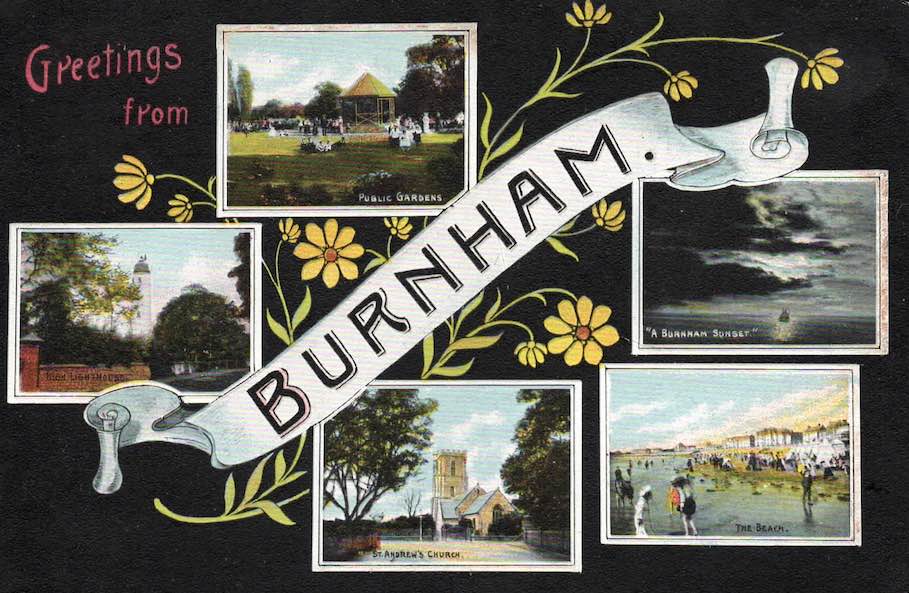 Follow this link for illustrations of publicity posters / cards