The Pageant Society put on a number of shows during the early 1900’s, usually at Hart House or in the Manor Gardens. 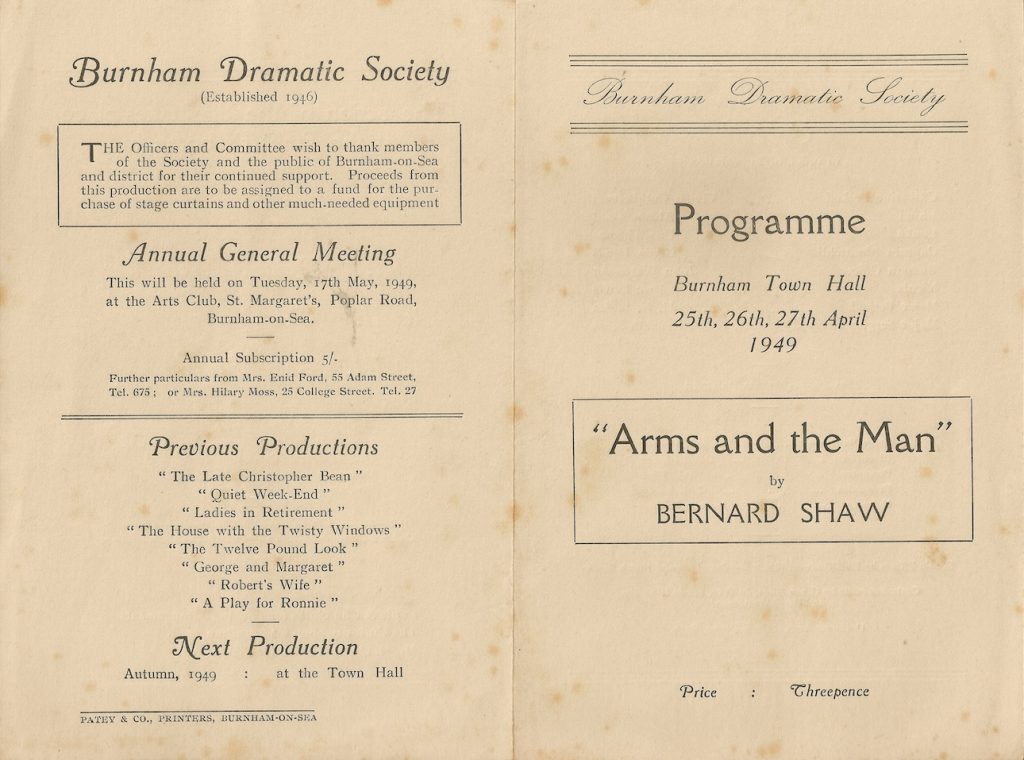 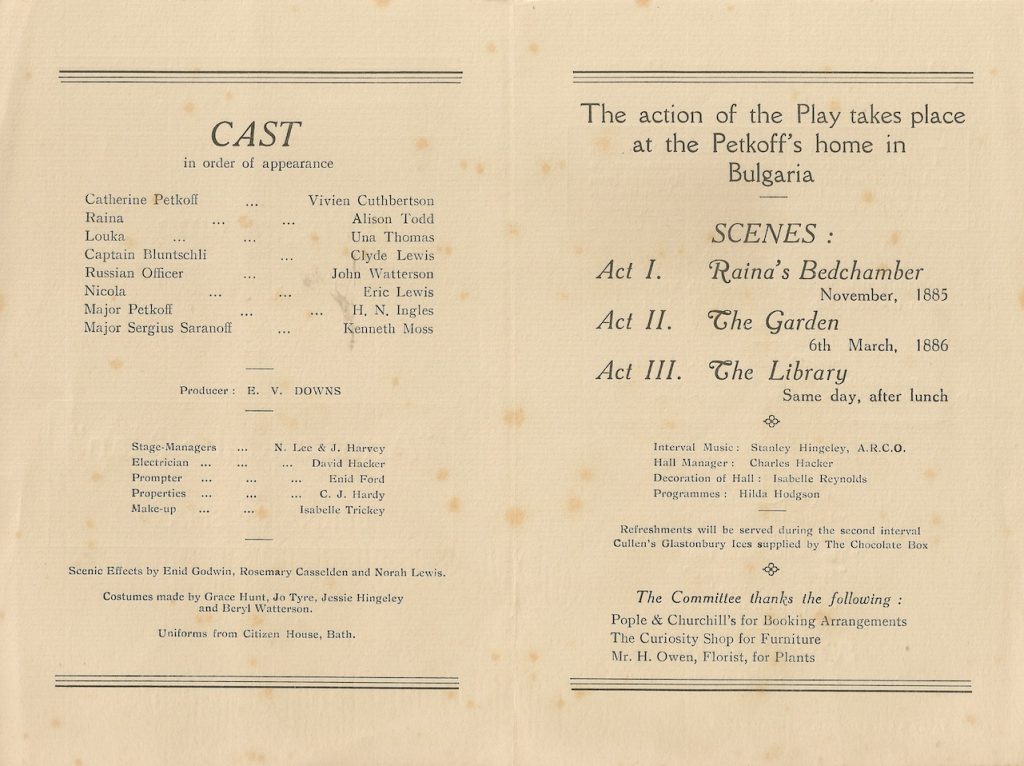 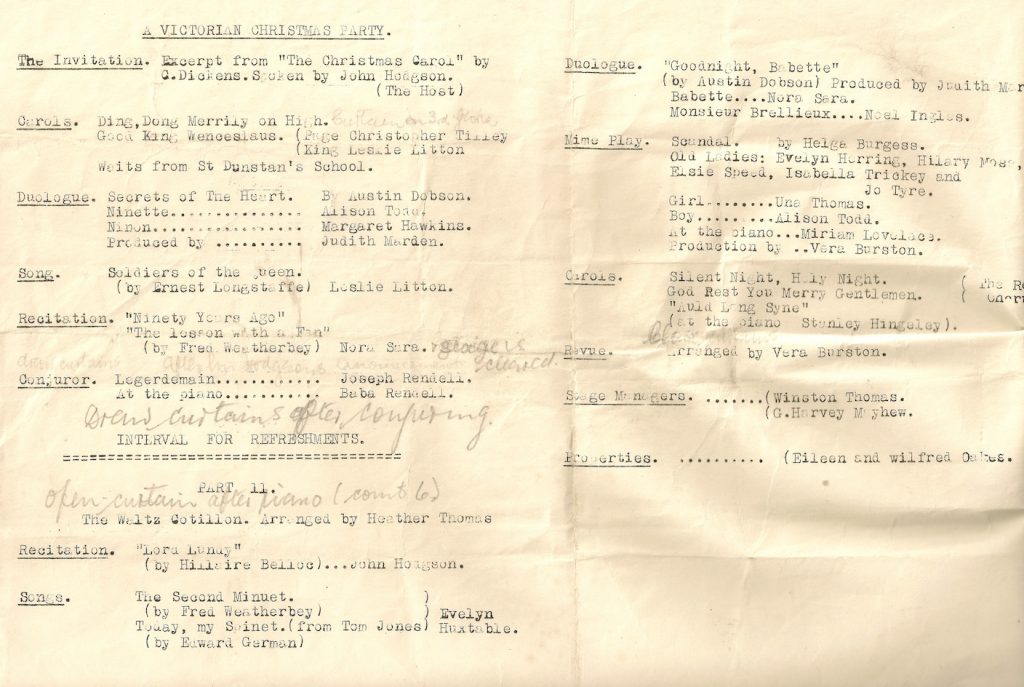 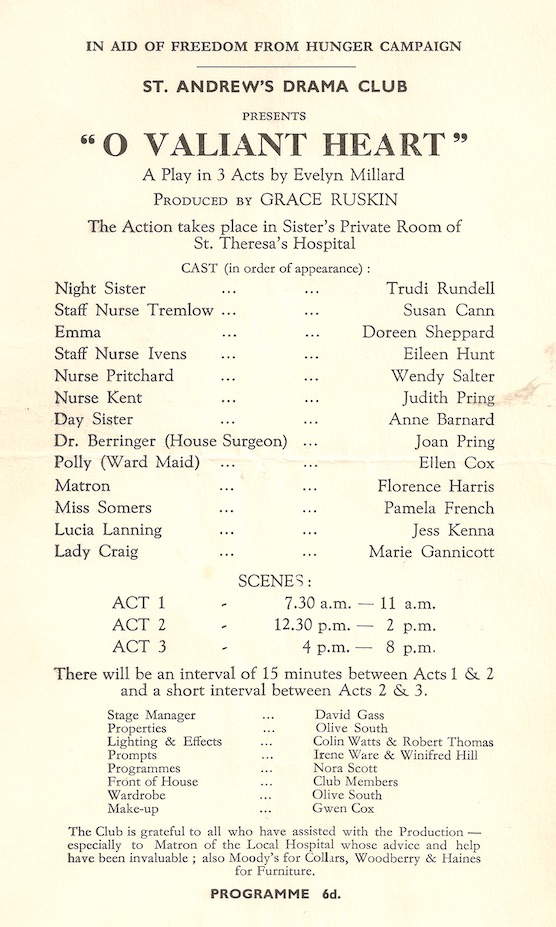 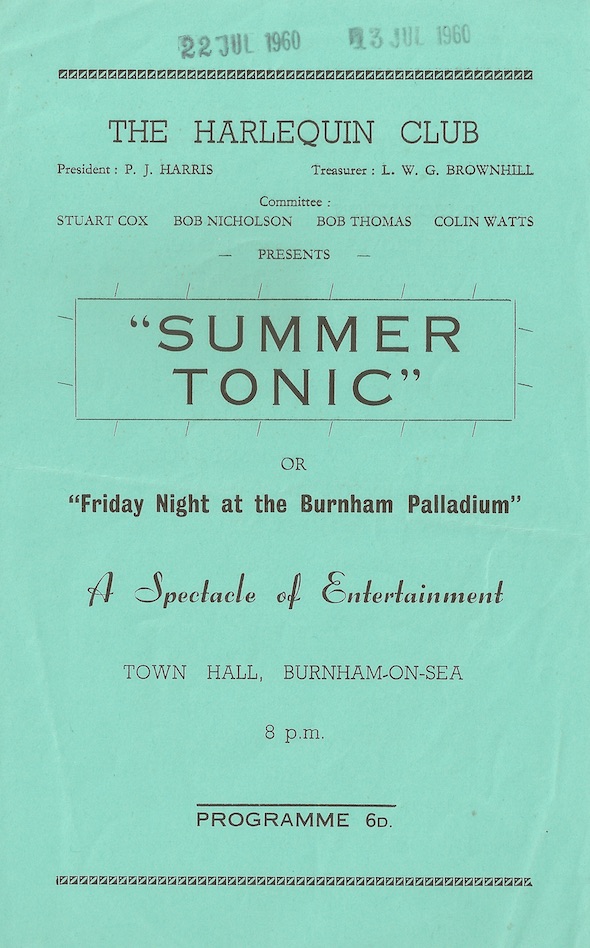 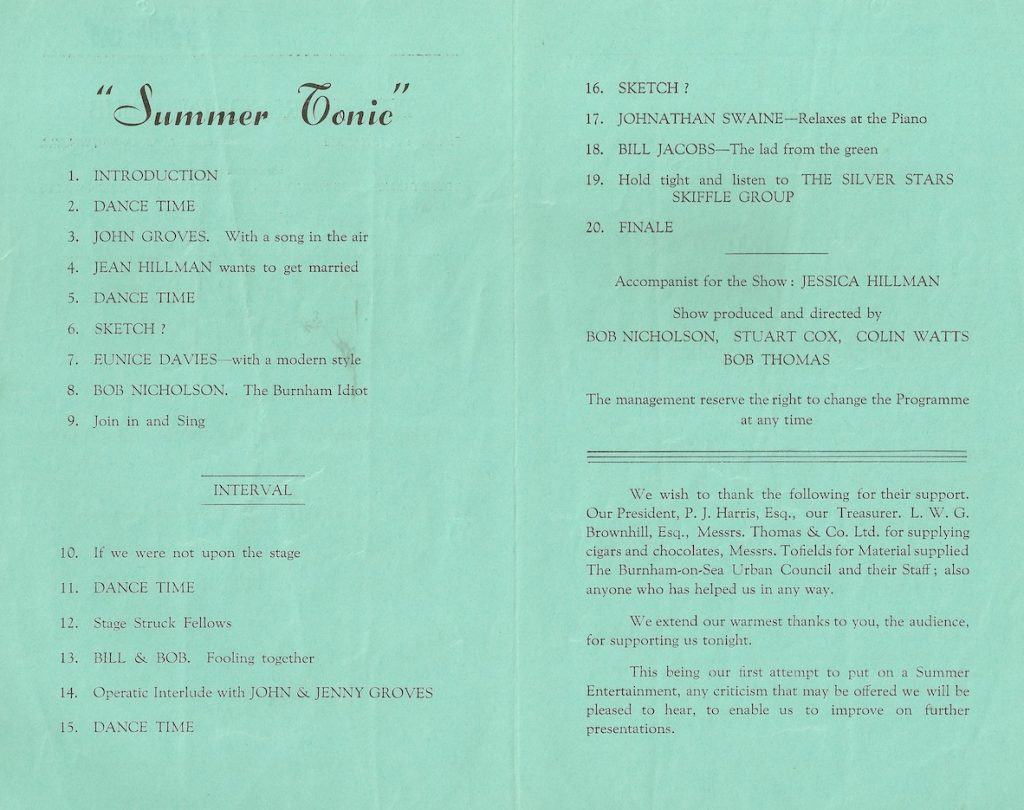 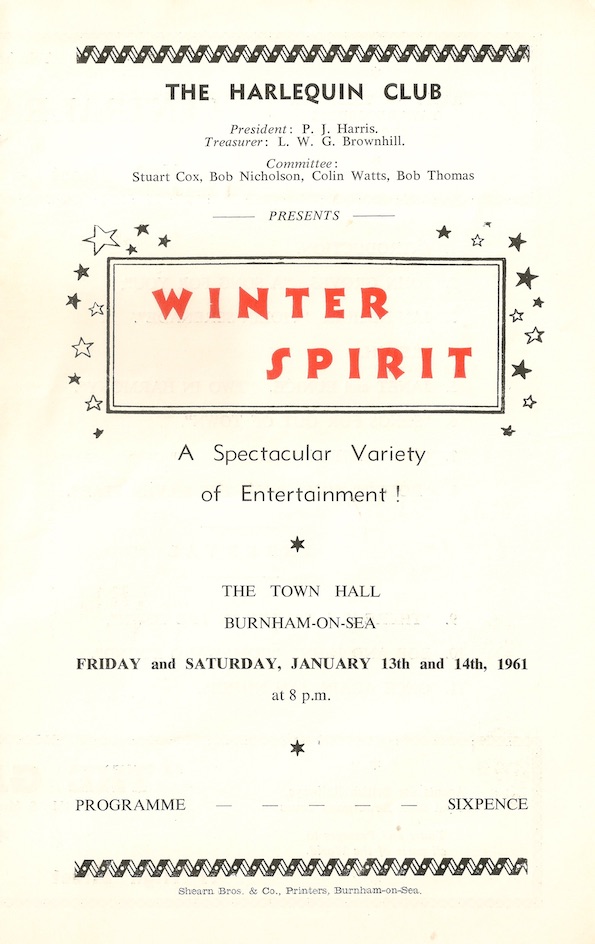 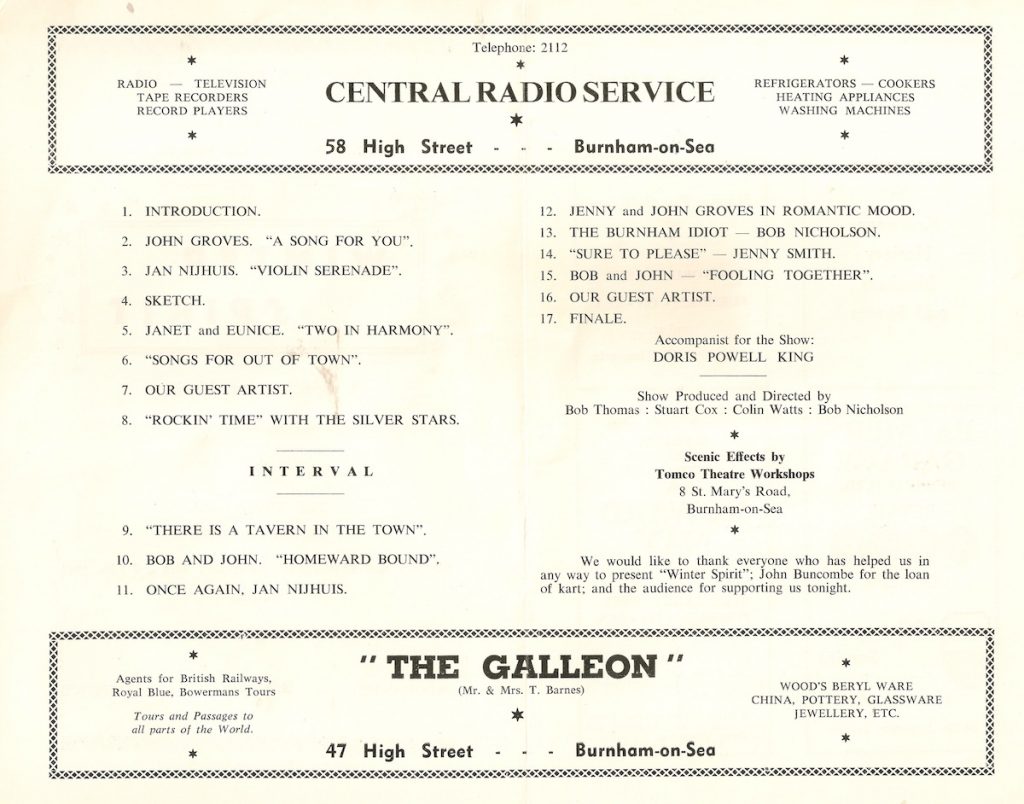 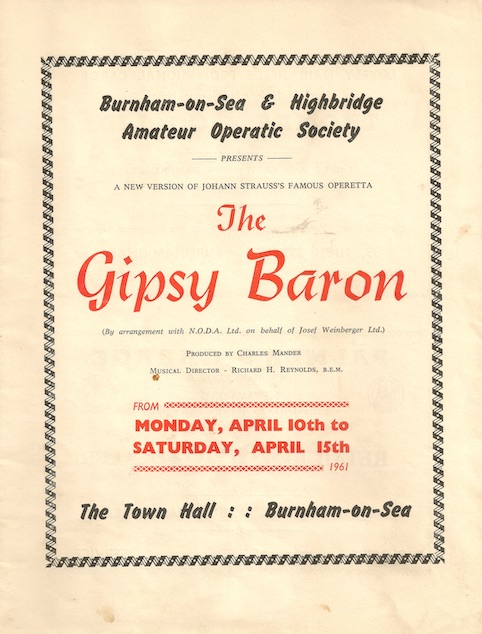 The 1961 programme for ‘The Gypsy Baron’ tells us that the Society is one year away from its 50 year jubilee. It includes a list of previous productions beginning in 1913 with ‘H.M.S. Pinafore’ followed by ‘Dorothy’ in 1914. There was then a break during the war and the group re-formed in 1920 with ‘Les Cloches de Cornville’, produced by Arnold Pople. George Hauser was among the principals.  Dorothy Hutchin, who joined as a chorus member in that year , was celebrated by an article in the Burnham Gazette  & Highbridge Express in 1951 for 31 years of performances and a number of years as secretary. Both Mrs Hutchins and Mr Hauser received medals for 25 years of continuous service. There was a production every year (except 1932) until 1940 when there was another break during World War II. During that period the productions were always staged during Easter  week at the Town Hall (Princess Hall) until they were transferred to the Ritz in 1937. Prices were 4s. 9d. for wooden chairs and 1s.3d. for the back three rowns of forms.  The orchestra was made up largely of students from the Guildhall school of music. The 1921 performance of Iolanthe was hit by an epidemic of mumps, resulting in the absence of many of the company, so that some of the ladies from the chorus had to dress up  as men. The group does not appear to have re-formed until 1950 with a production of ‘A Country Girl’. Annual productions continued again until 1960 Many though not all of the performances were of Gilbert and Sullivan operettas. The last listed production  was Iolanthe in 1960. 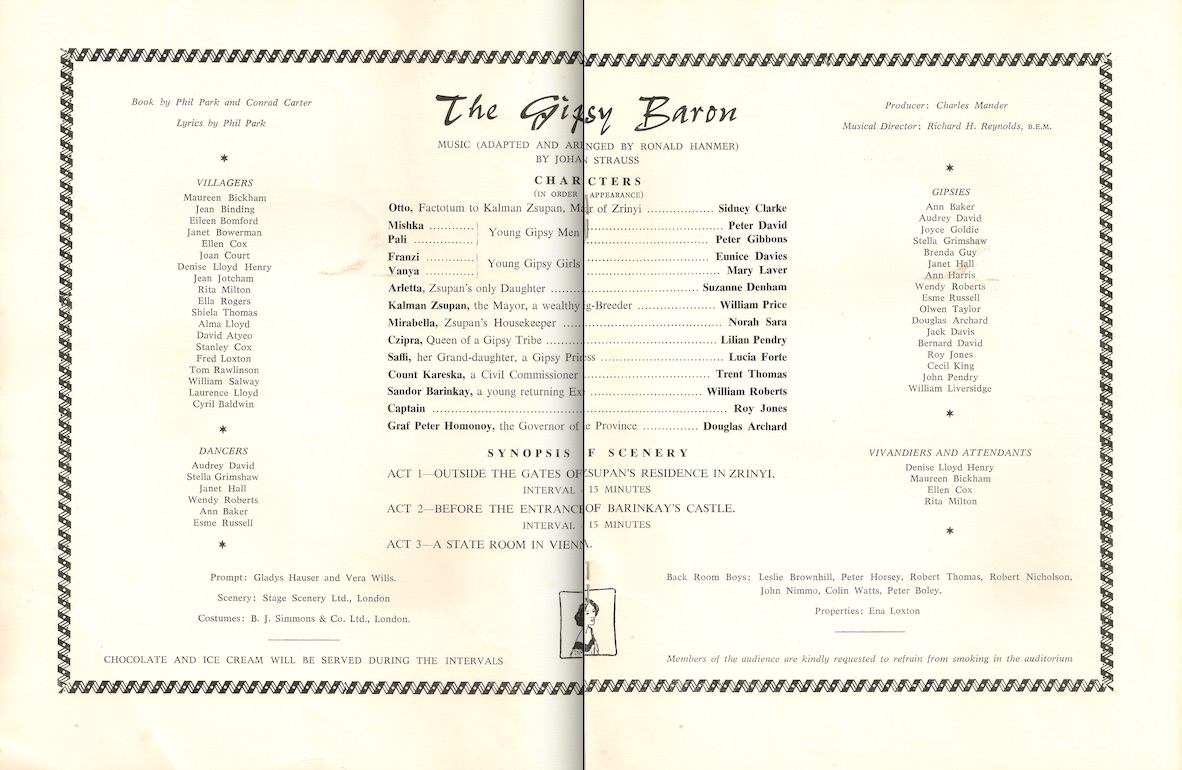 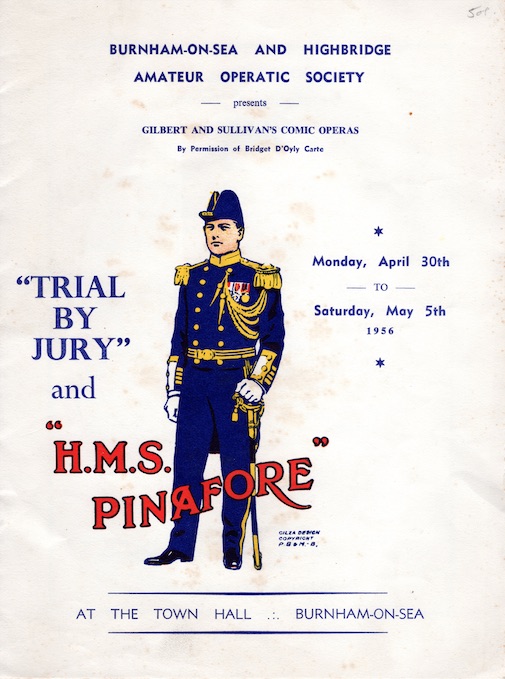 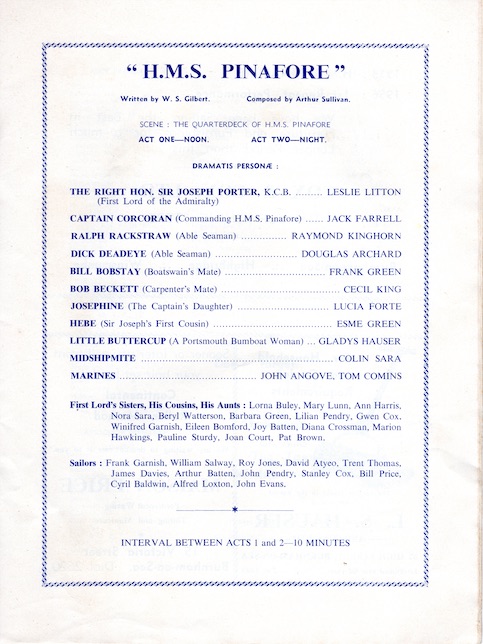 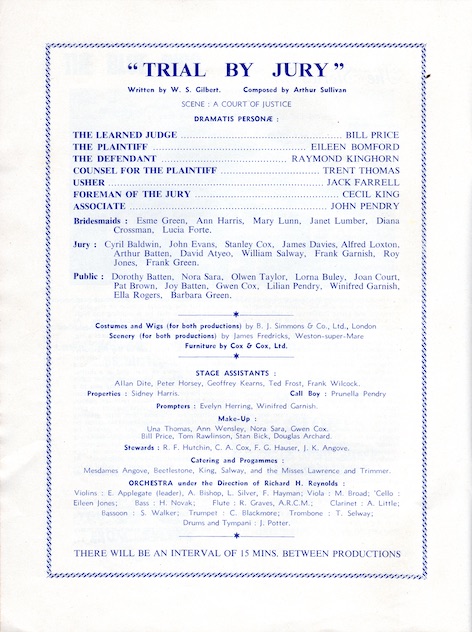 We have one programme from 1971 indicating the existence of another operetta group. We have no other information about this group (update: see comment at bottom of page by Nathalie Bending) 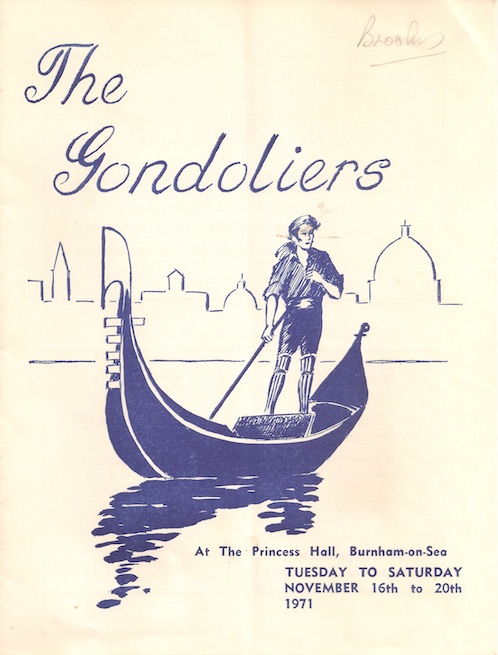 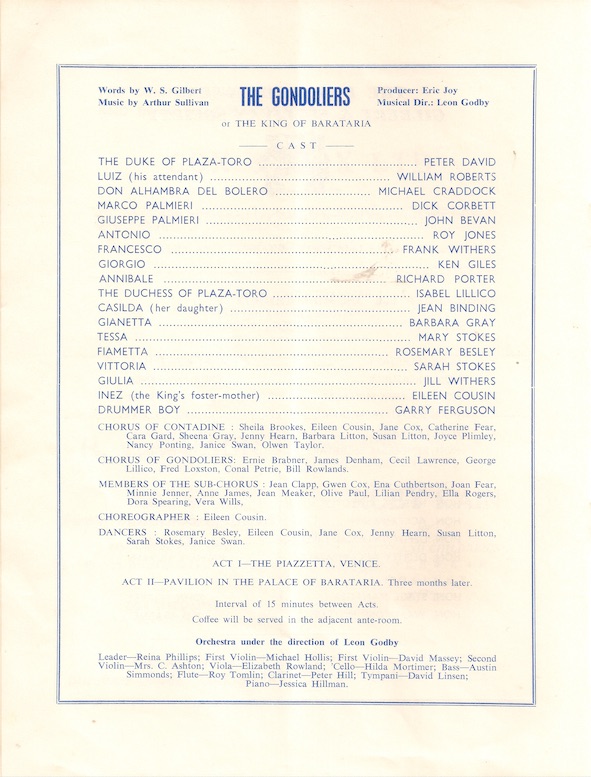 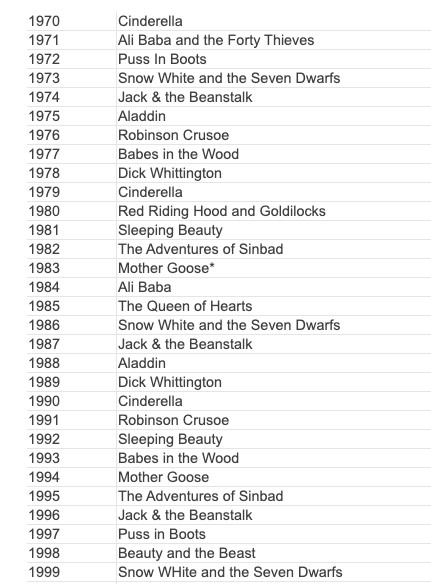 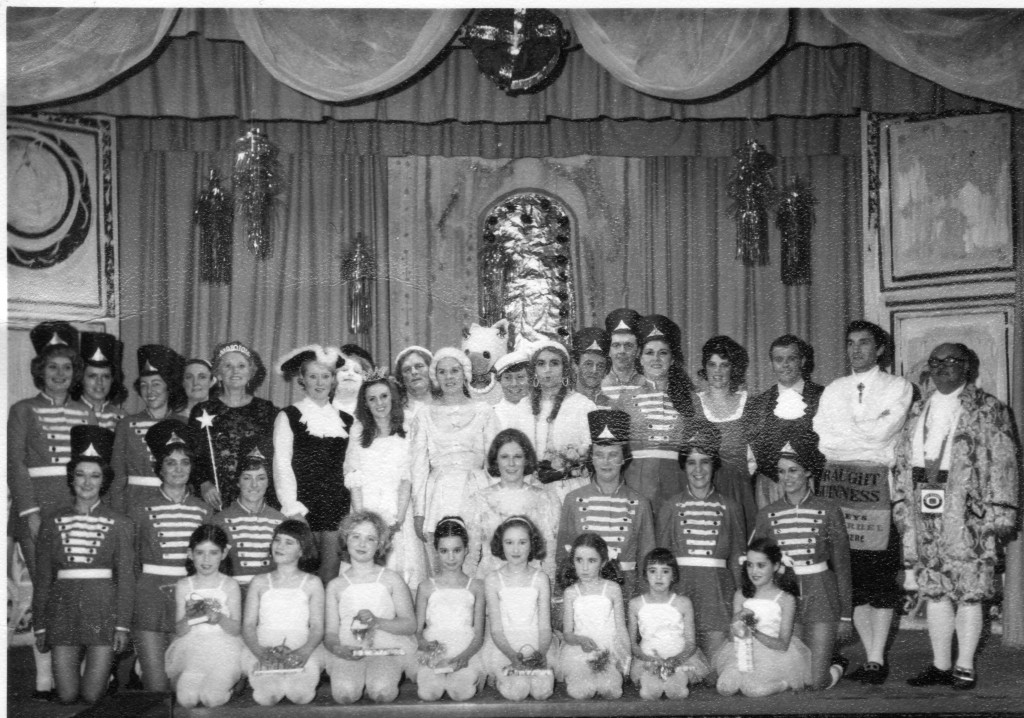 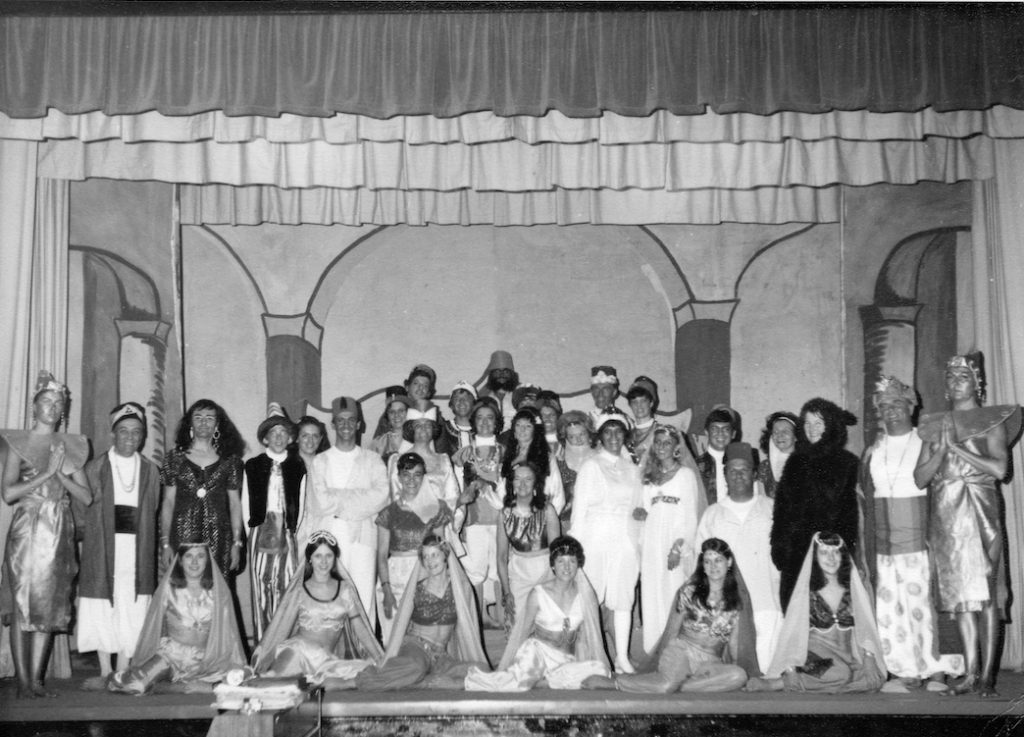 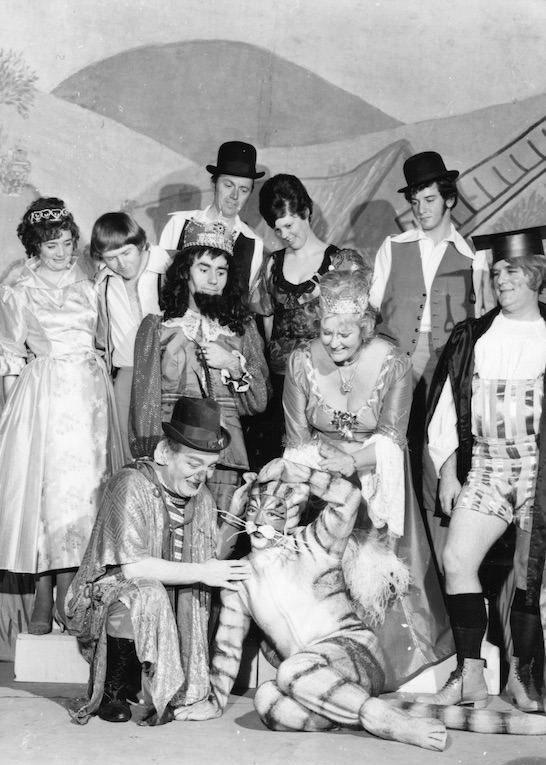 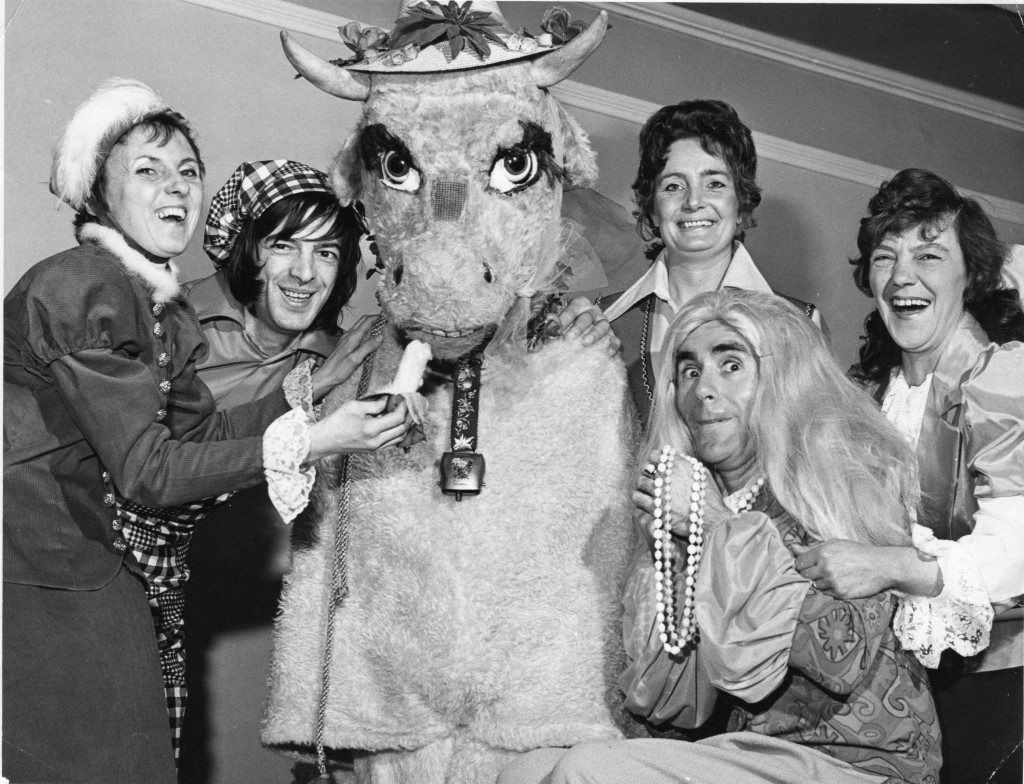 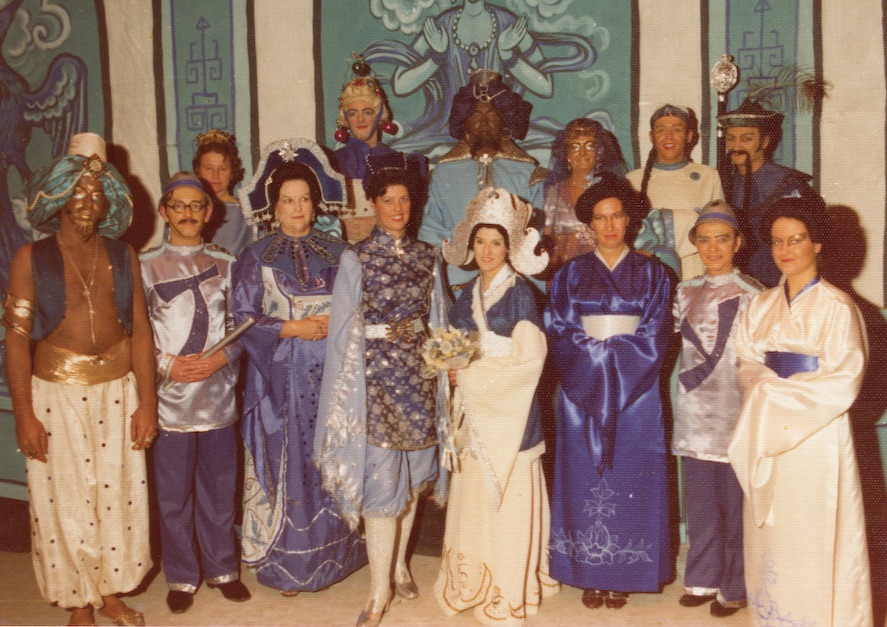 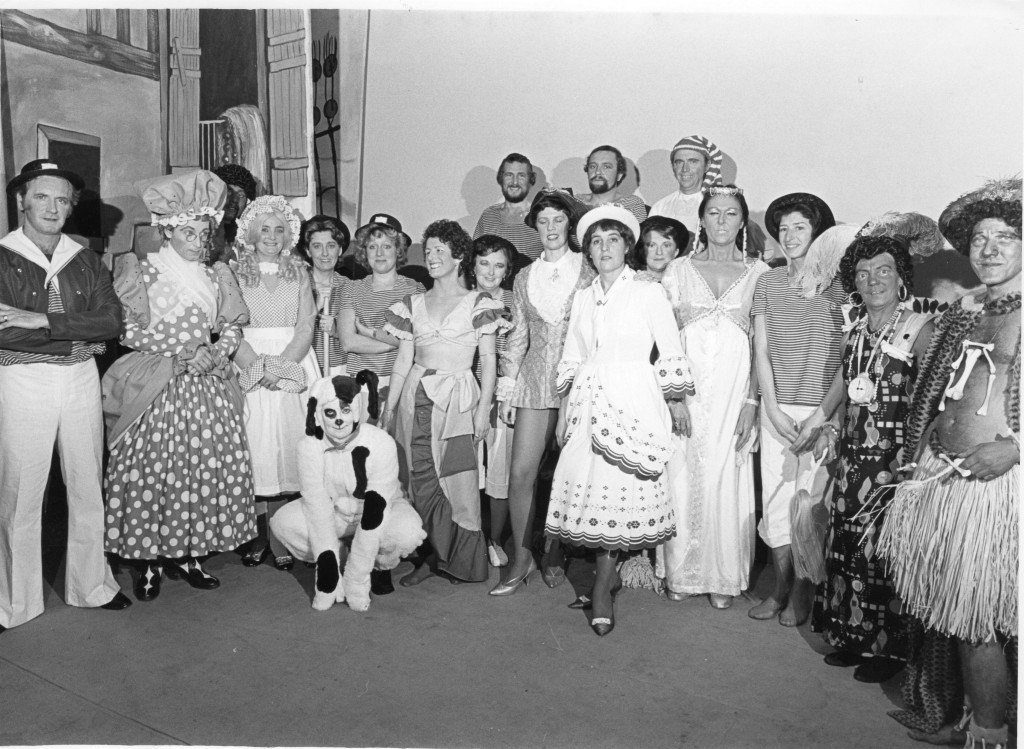