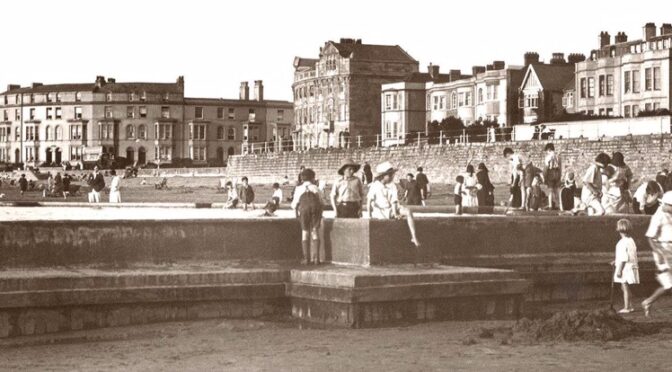 The paddling pool was presented to the town by Joseph Bevan Braithwaite after the end of the First World War in 1921. Joseph had six children, five boys and one girl. All of the boys fought in the war in various occupations and all of them came home uninjured. Joseph and his family lived in Blencathra, Seaview Road and had the pool built on the seashore near to their home. A plaque on the new sea wall commemorates the safe return of the sons. Blencathra was demolished and replaced by Blencathara (sic) Court, a block of flats. 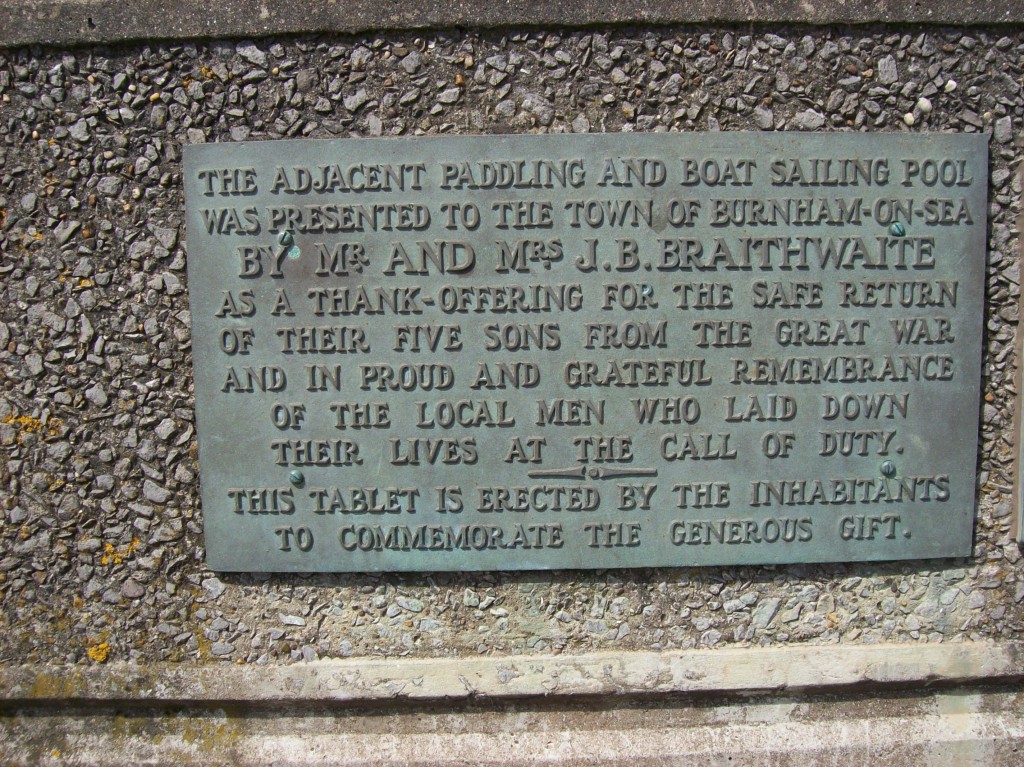 In its heyday the pool was a very popular attraction. 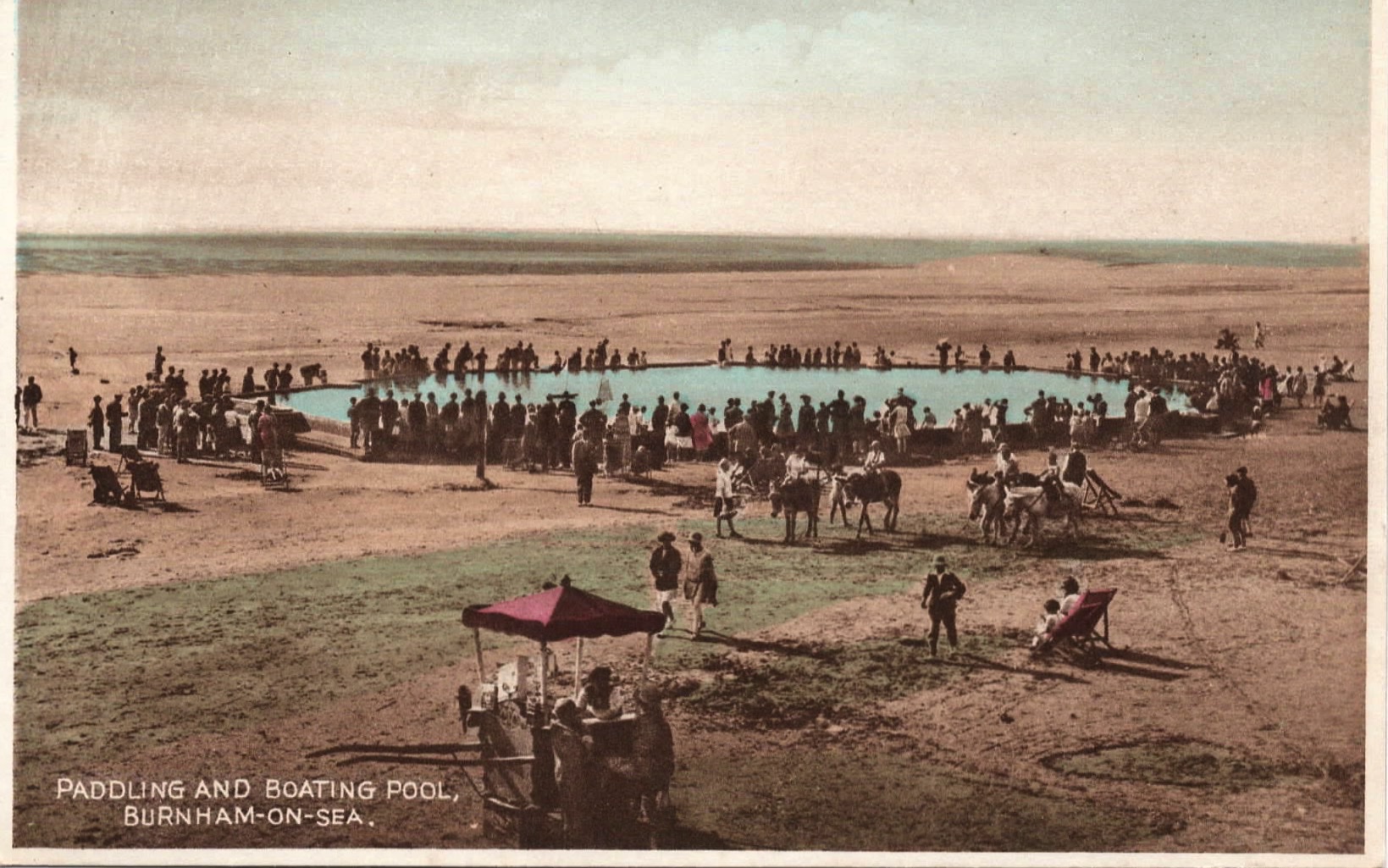 Above: during the  late 1920’s an ice cream van serves the pool. Donkeys are on hand for additional entertainment. 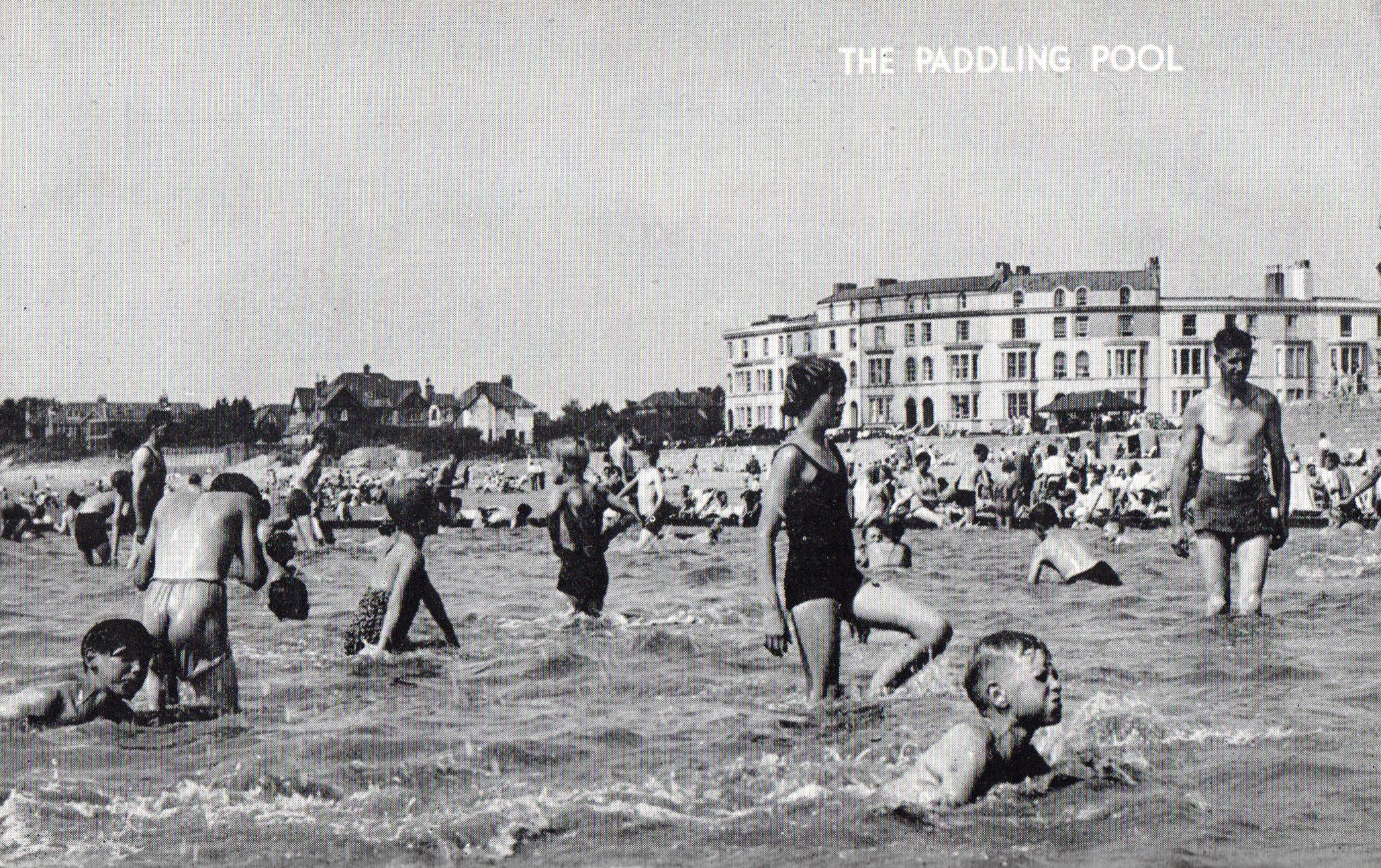 Th picture above is from the Burnham on Sea Guide of 1950. 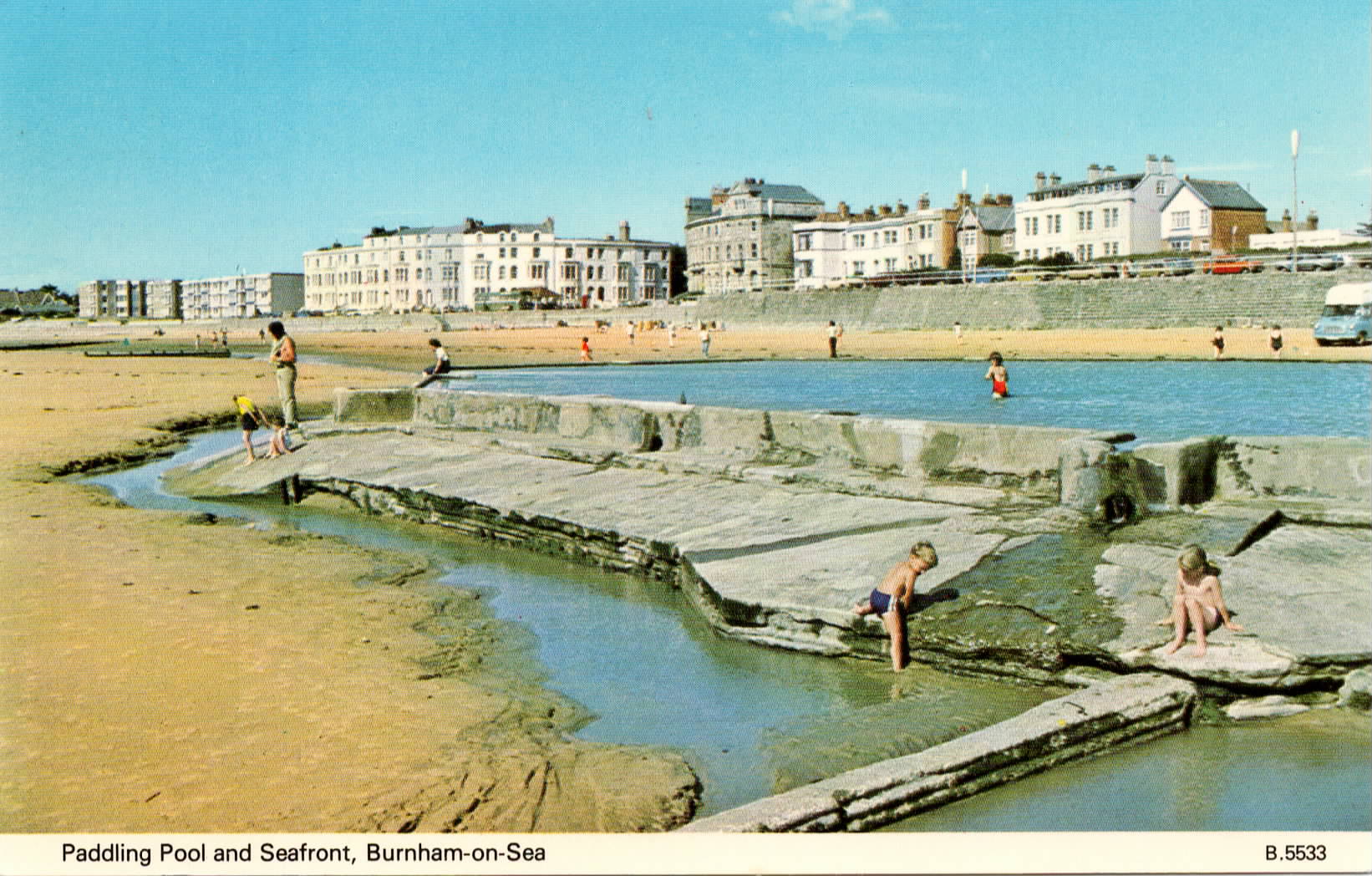 The pool was demolished in 2010 due to its poor state of repair.

It is not understood why Joseph’s sons fought in the first World War if they were Quaker pacifists There is evidence that many Quakers were involved in Europe making reparations to war damage rather than actual fighting . However there is other evidence that the youngest son, Joseph Gurney Braithwaite, served in the navy during the first World War.