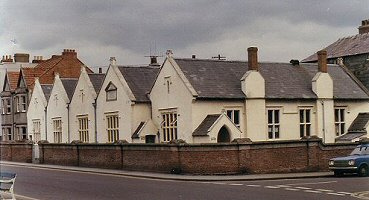 The National School Society had been set up in 1811  to promote religious education. Some time after this the first Burnham National School was founded, probably  at ‘Homebush’ in  what is now Manor Rd, opposite Manor Gardens. By 1833 the school had only 60 pupils.

In 1855 the erection began, on the Esplanade,  of a new  ‘National School’ establishment,  later to become St Andrew’s school. This was done at the expense of George Reed, the town’s foremost citizen of that period. A number of less wealthy residents had tried unsuccessfully for several years to raise money for a school. In 1854 George Reed gave the site on the sea front, at the top of what is now College Street, for education of children “of labouring, manufacturing and other poorer classes”.  At the time the site was described as  “a sand warren”. Reed  also covered the cost of of building the school and master’s house (£907). 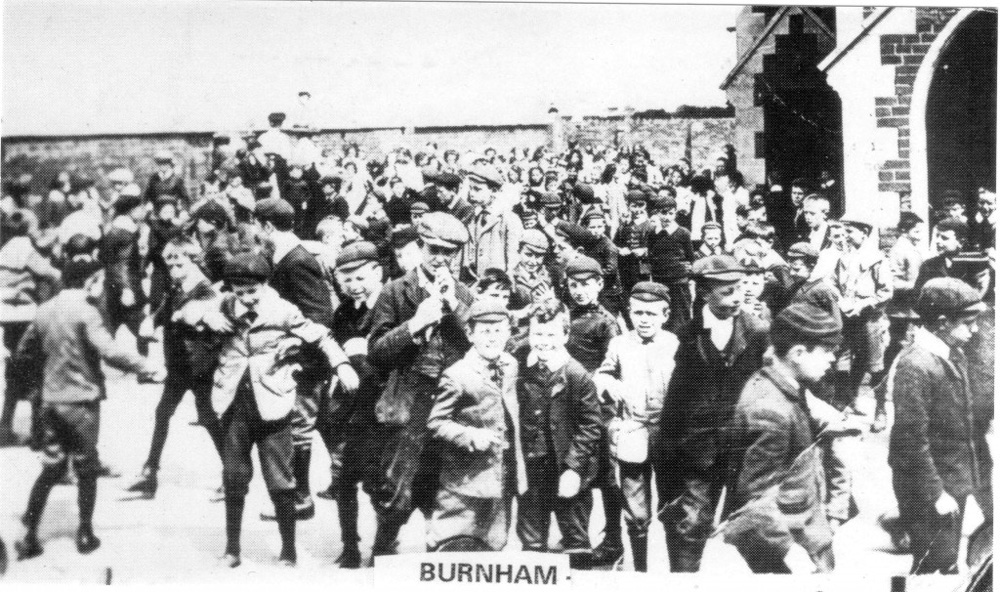 He also unexpectedly had to buy the freehold as the Dean of the Chapter of Wells (Lord of the Manor) refused to convert the land from rent paying ‘copyhold’, which would have been free or at nominal charge, as Reed had been lead to expect. A Government grant of £200 was made for fitting out and equipping the school (in 1876 a second Government grant of £124.16.10  was made towards improving facilities).

The school was opened in 1857 with 179 pupils, although a contemporary newspaper report indicates it was in use by November 1856. The 1863 log book shows a staff of master and wife (who taught needlework) and 33 children, which was soon up to 72.  A fee of 2d per week was charged but waived or paid from public funds in the neediest cases. The Hours were 9-12 and 2-4.

The original building stood where the modern flats & shops units now stand on the College Street frontage. It can be clearly seen in the picture at the top of the page.  It was later extended northwards along the esplanade side of the site in 1874,1890 and 1903, after which there was no room left for further development. The name St Andrew’s was adopted in December 1906.

In 1910 the infants classes were moved out to a temporary structure in Princess St (the site of the present library building). This was built of corrugated iron and known as the ‘Tin School’. It later became a school meals facility when the new permanent infants school was opened next door in 1914. Also in 1910 a manual instruction centre was opened for older boys in Highbridge.

St Andrew’s Junior school moved to its present purpose built premises in March 1973. The old buildings were demolished in 1980.

See more about this school on the sea front.