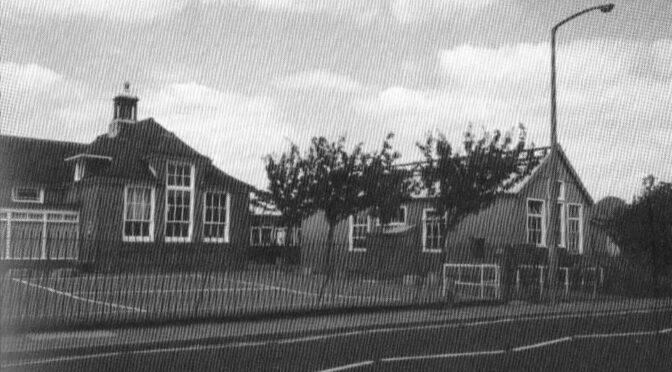 In 1910 the infant classes were moved out of the school on the Esplanade to a temporary structure in Princess St (the site of the present library building). This was built of corrugated iron and known as the ‘Tin School’. It later became a school meals facility when the new permanent infants school was opened next door in 1915.

A newspaper report of the opening  of the permanent school said “The premises are modern, extensive, and admirably adapted both for indoor and out of door instruction. Mr H.W.Pollard, of Bridgwater, was the builder, Messrs Spry, of Bristol, provided the heating…. Messrs Samson & Colthurst were the architects. Mrs A. Randell, headmistress, in the presence of her staff of teachers, opened the premises.” The school opened with 120 pupils. 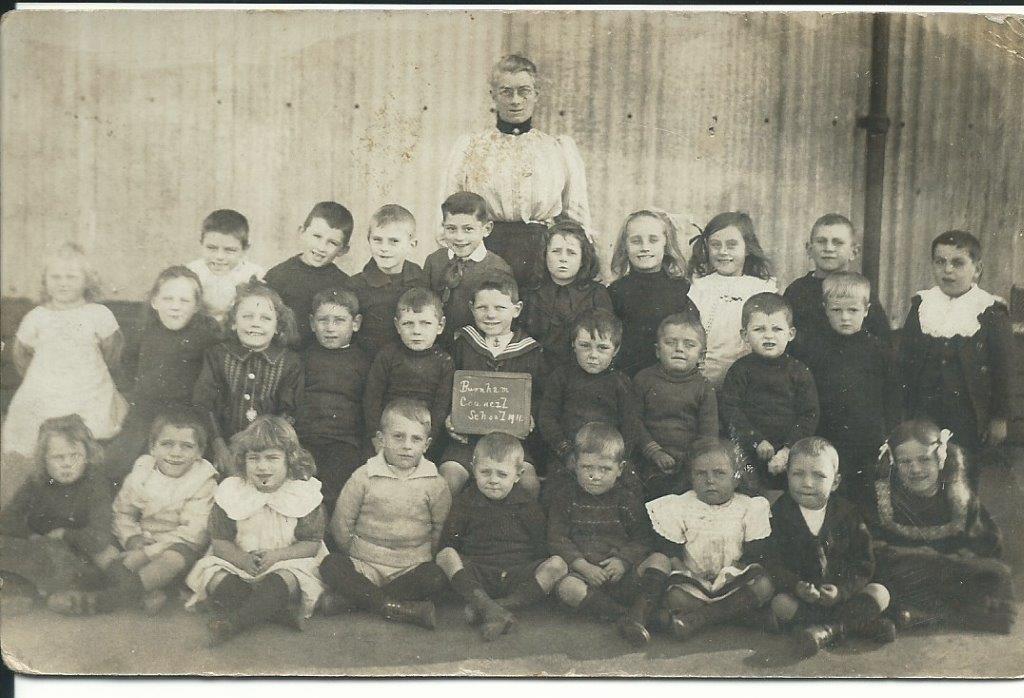 The above image appears to be taken outside the ‘Tin School’ and is provided by Jack Luxon who tells us “I believe the school teacher is Mrs Randall. My father Leslie is on the right of those seated (aged 4), his brother Howard (aged 6) is second from left of those standing, no idea of any other names.” 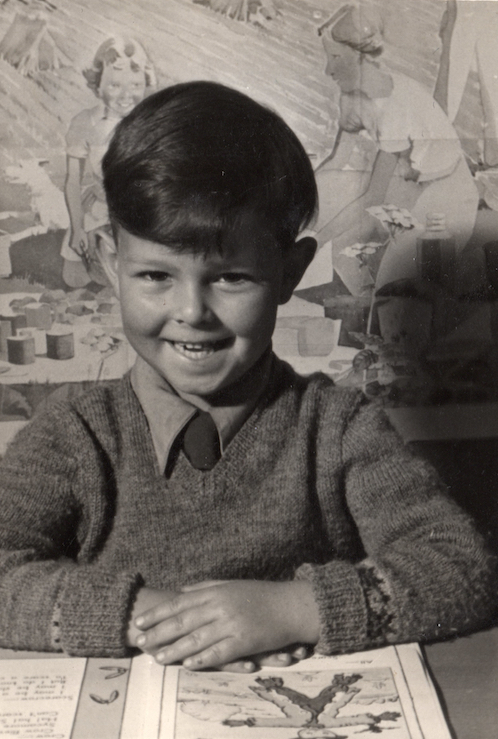 The little chap above, clearly a model pupil, recalls: “I  wonder if ex pupils will remember the outside toilets especially in very cold weather when the pipes froze.The toilet building was across the playground to the left hand side of the entrance as shown in the first image below. The second image is at the rear and as I remember was ‘out of bounds’ to pupils in my time. The building has changed much since I was there but I think I’m correct in saying the classroom on the right in the third picture was either Miss Ordish’s or Miss Haines. Does anyone remember?” Anyone care to guess who this is? 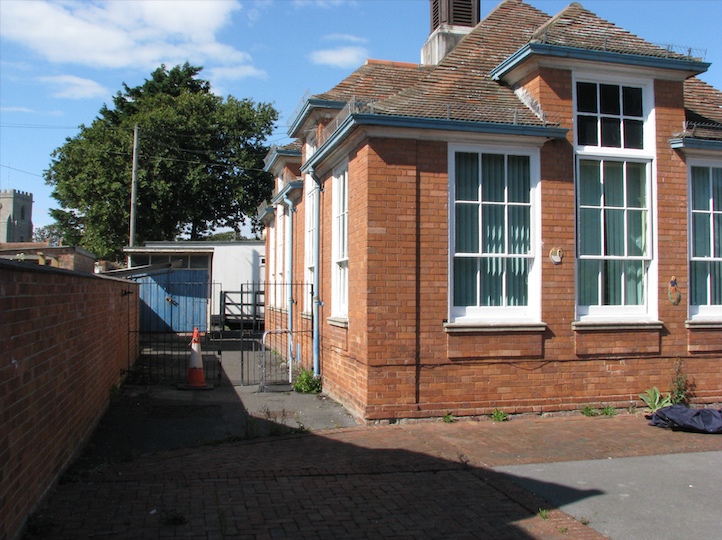 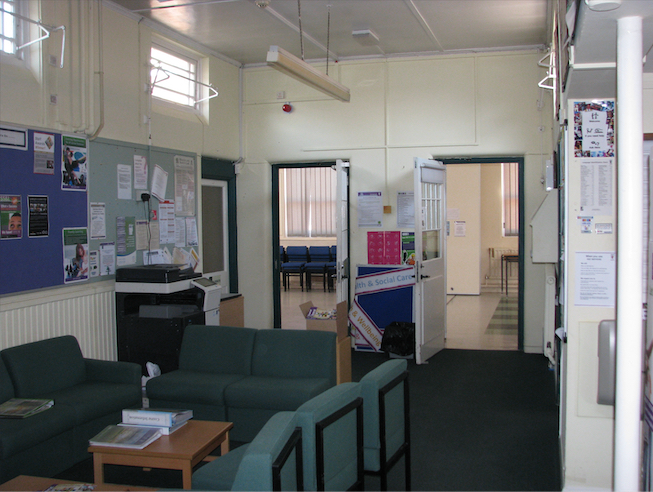 After the infant school relocated to Winchester Rd this building became an Adult Education Centre. It is currently unoccupied.