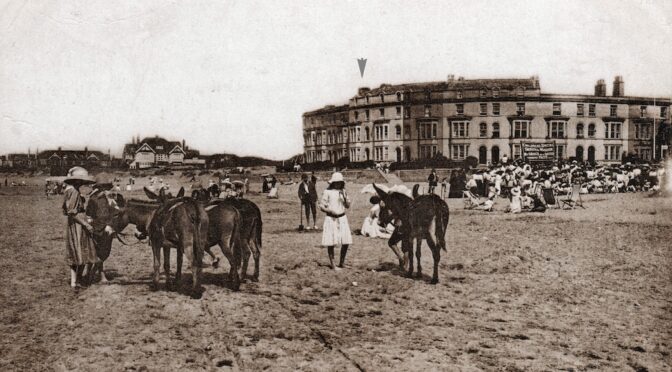 This girls school was established in 1877, in two houses in Julia Terrace,  by the Misses Saunders and Dows (see arrow in picture at top of page – courtesy of Paul Wynn). They had moved their school (previously known as ‘The Mount’) near Newbury, Berks, together with  its existing pupils. In Burnham it taught  both day and boarding pupils. Fees in 1889 were 14 – 16 guineas per term, I gn extra for music.

The following article and pictures are taken from the 1903 Mate’s Illustrated Burnham Guide of 1903.  It informs us that the school had recently had a new wing added and was now under the leadership of the Misses Dows and Ewens “assisted by an efficient staff of English and foreign mistresses”.

“Pupils are prepared for the University local and all other examinations. The study of music is especially encouraged and most satisfactory results have been obtained. In hockey this school now holds the Challenge Cup of the Girls’ School Athletic Association for Weston-Super-Mare and district” 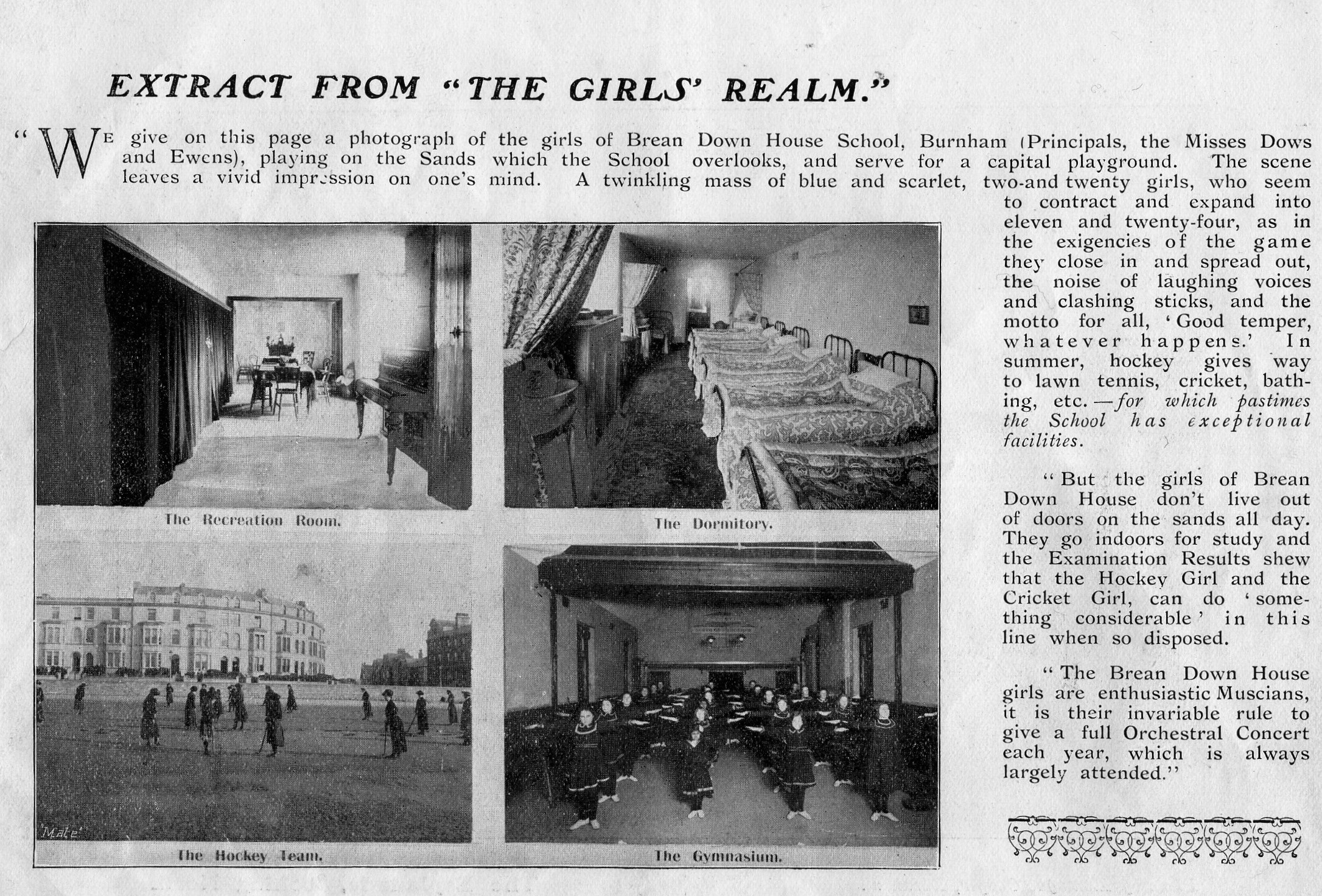 In the photo Julia Tce is actually  the white building at centre left.

(The copy of this guide was previously owned by Mr L.A. Hawkings who  was the proprietor of Paradise Stores on the Berrow Road.)

The censuses of 1881 to 1911 show the school as being run by Fanny and Jane Dows (Fanny only by 1911). The Misses Dows were succeeded by the Misses Jones (Edith, Mary and Nora Frances). 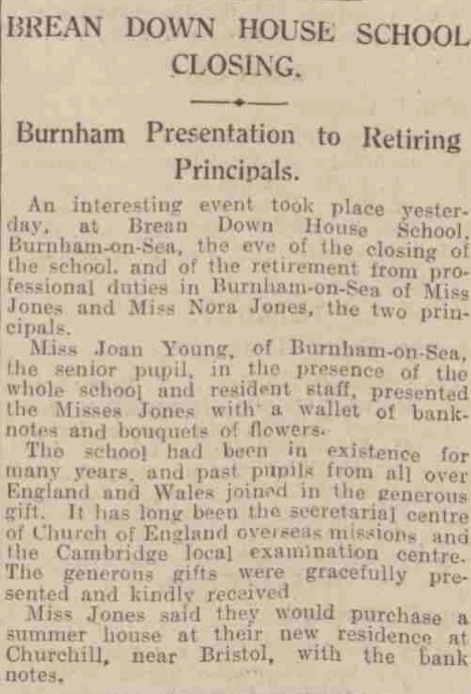 6 thoughts on “Brean Down House School”