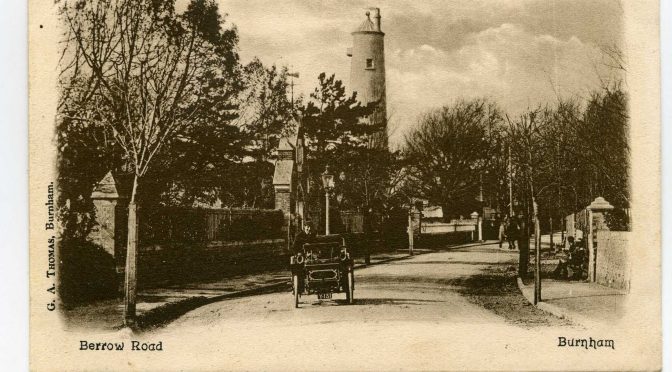 Burnham High Light was the first English lighthouse to function entirely without keepers and one of the earliest unmanned lighthouses in the world.

Burnham High and Low lights, designed by Joseph Nelson, were built and inaugurated in 1832.

The High Light was constructed of brick and granite, the tower being glazed only on the seaward side; as the tower was placed some distance inland the light was not required to be visible from all directions. The original chimney for the oil burner can clearly be seen in the picture at the top of the page. 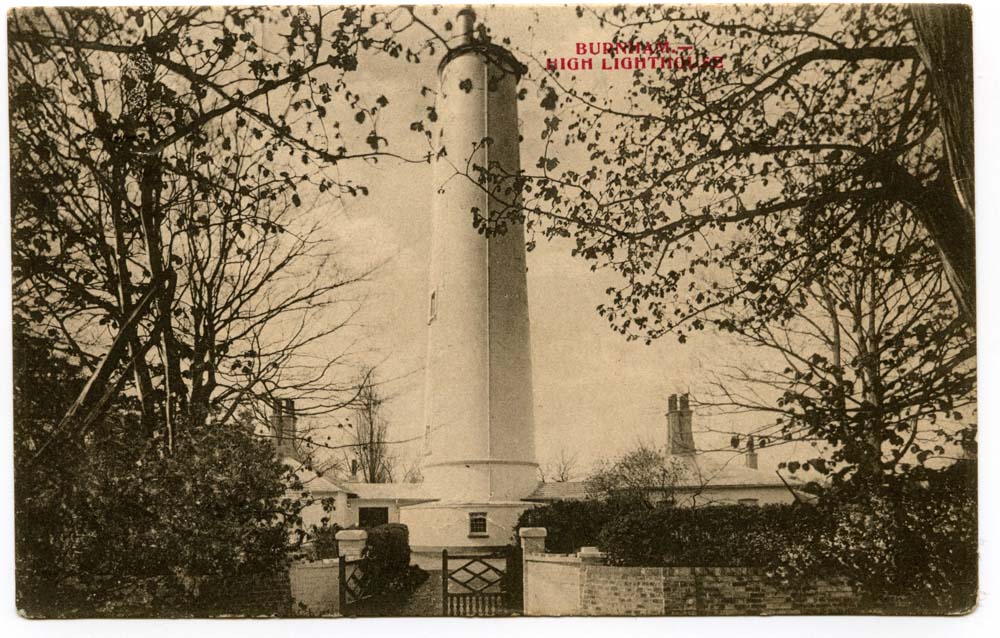 It has eight floors, including the entrance floor and the lantern floor. Circular stairs used to wind round the inner walls; these were removed and replaced by six metal ladders – it was a strenuous climb to the lantern, but worth every step for the breathtaking view from the balcony over the bay and beyond. Unfortunately, access was difficult due to the physical danger involved in such a climb. 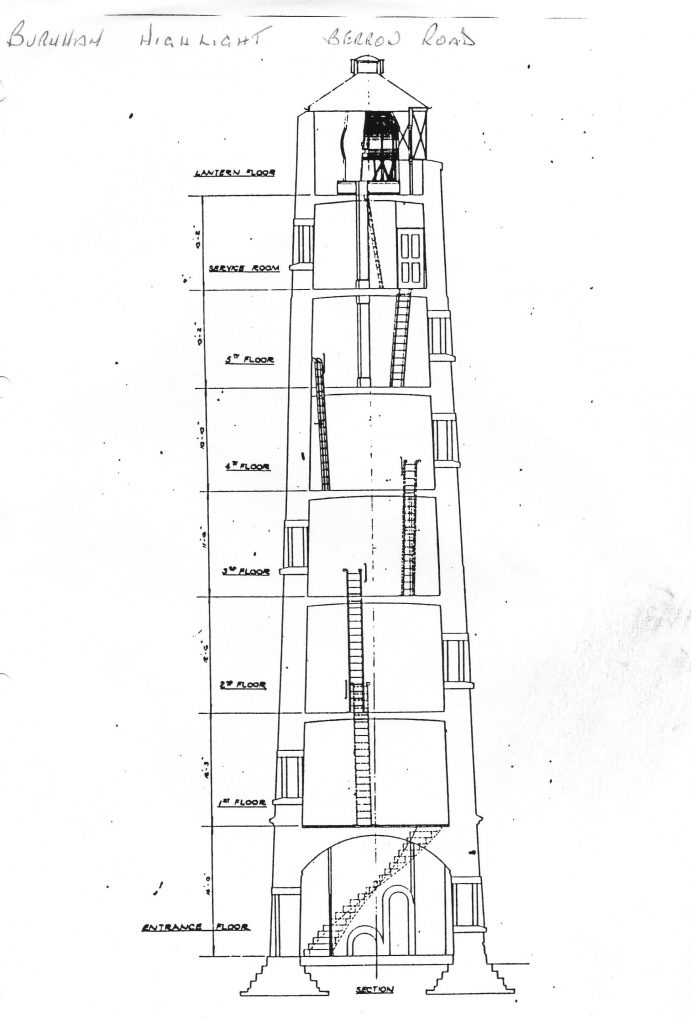 By using these two lighthouses, carefully placed, the exact bearing of the deep water channel into the Parrett estuary could be located. A vessel would line up the lights one above the other to show the entrance to the channel.

With the coming of electricity to Burnham in 1927 the paraffin vapour lamps were made redundant and replaced by a 1000 watt electric bulb. This also meant that automation was possible – Burnham High Light was the first English lighthouse to function entirely without keepers and one of the earliest unmanned lighthouses in the world.

In 1969 a ‘sector’ light was installed beneath the main lantern. In addition to the flashing white light this provided a light of three colours – green, white and red – all of which used together could provide shipping with the correct bearing for the deep water channel. The sector light made the Low Light obsolete and it was therefore discontinued in 1969. However, it was recommissioned in 1993 and is a Grade I listed building.

The two cottages at the base of the High Light were originally built for the light-keepers. These are now private residences. Indeed, one was occupied by the same owner from 1927 until at least 1994. Over the years, an attendant kept the lighthouse in good working order, attending regularly to the light and maintaining the building, until its sale.

Sadly the High Light too has now become obsolete, as sophisticated satellite and radar navigation systems have replaced the flashing light and the 1000 watt navigation beam is no longer needed. Trinity House put the Grade II listed landmark up for sale. The building was purchased privately and is now used as holiday accommodation.

Please note this article is copyrighted and included here by kind permission of Ms. Ann Carr. Additional information and the article in full can be found here:

Illustrations are from other sources.